For the second time this season, the right-back completed nine or more tackles in a single match as United surrendered a lead to pick up just a point against Southampton.

As highlighted by Squawka, the 21-year-old won nine tackles against Wolves before hitting double figures on Saturday, totals he wasn’t ever able to match while playing for Crystal Palace.

On the surface, it shows how important Wan-Bissaka already is to this United side. Very few players are able to get the better of him in a one-on-one duel and he can, at times, single-handedly shut down the right flank.

However, a single stat doesn’t tell the entire story and there's a lot going on when the right-back's performances are analysed.

It’s long been established that Wan-Bissaka is an elite tackler. It’s a dying art yet one the former Palace full-back has mastered. But there comes a point when people must look beyond the superficial numbers.

For example, against Southampton, Kevin Danso, Sofiane Boufal and Stuart Armstrong all breezed past Wan-Bissaka who needed his recovery pace to get back and make a tackle.

Wan-Bissaka appears overly reliant on his speed to get back into tackling positions. He’s reactive to situations. And then there's the misconception that tackling makes for a good defender.

More often than not, a slide tackle is only needed to recover a situation. The best defenders manage the space and the situation which means they don’t have to lunge in and go to ground.

When you watch Wan-Bissaka, it becomes obvious as to why he’s making so many tackles.

He often pushes upfield to press an opponent when, more often than not, he’d be better standing off them so they’re forced into making a decision.

Instead, he invites opponents to attack the space only to then scramble back and go to ground. 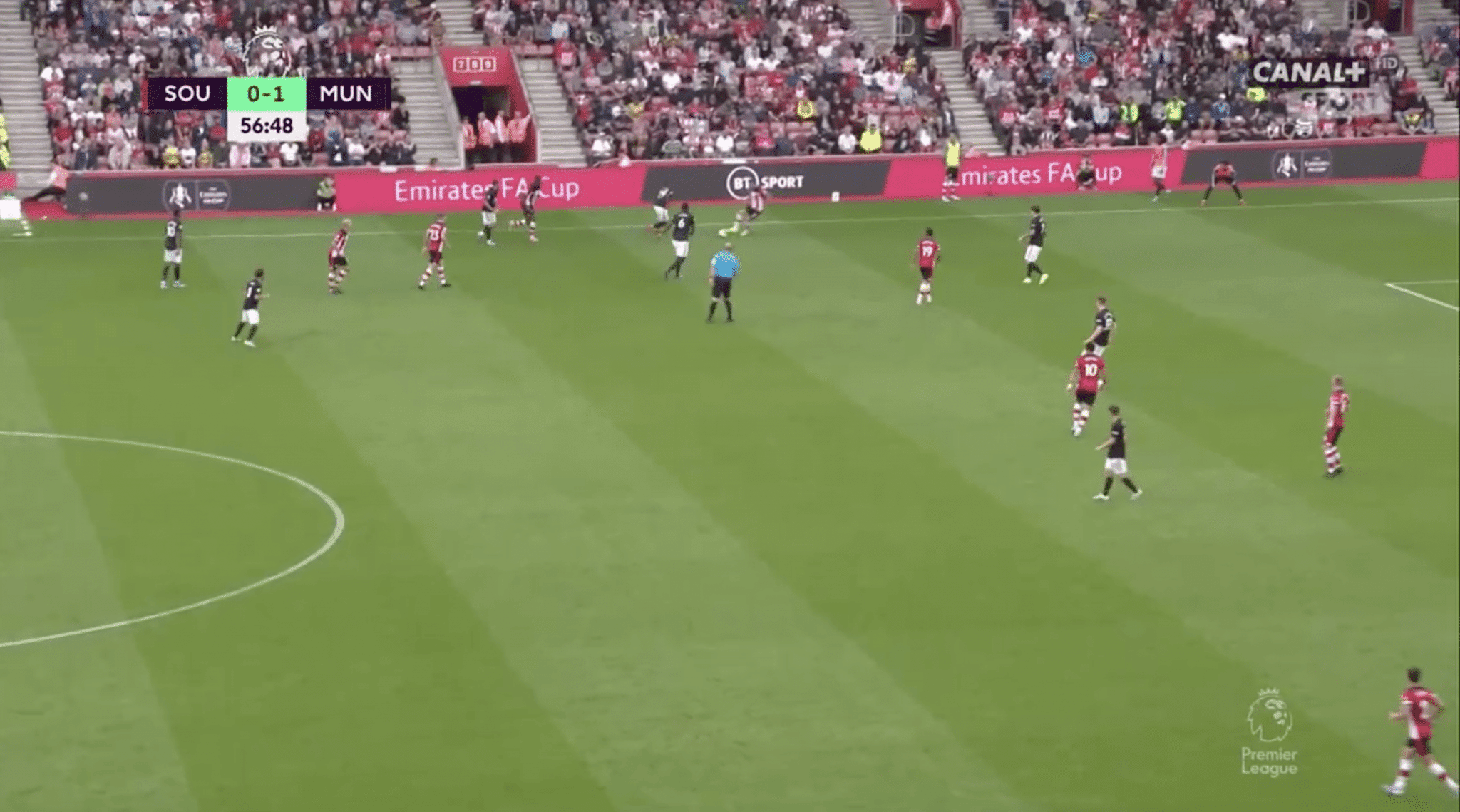 In the still above, the United right-back has pushed on to front up Danso despite the away side having a forward close to the touchline. The ball is worked to the Saints player behind the No.29 and he's forced to recover the situation.

So did Wan-Bissaka really need to push on or would he have been better shutting off the passing angle?

In a way, it's similar to a goalkeeper making a hash of a clearance before then making a save. That save goes towards his total for the match – and he's potentially praised for making a number of them during that game – but in reality, he was making up for his own mistake.

Wan-Bissaka is making a tackle because of his previous mistake. He’s busy, and this should be an area of concern for a team with top-four aspirations, but he’s making himself even busier.

He’s taking risks he doesn’t need to take and putting United in dangerous positions they don’t need to be in. 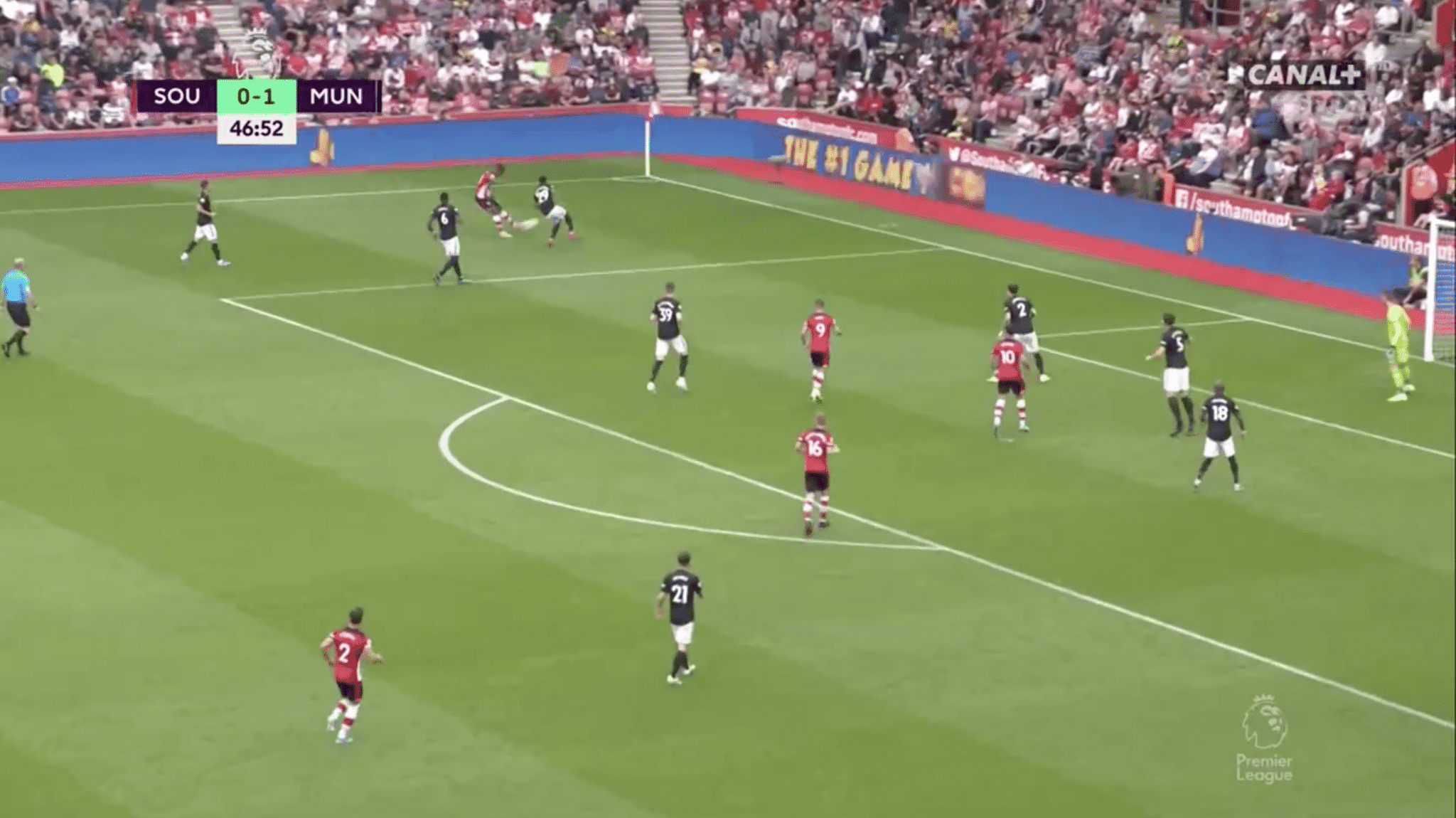 For starters, against Southampton, he allowed two crosses into the penalty area. In both instances, he stood off his man (like in the example above) and allowed them to deliver the ball.

For top-level teams, opponents shouldn't get a free hit like that. The Red Devils weren’t punished but that isn’t to say they won’t be in the future.

An argument could be made that in Harry Maguire and Victor Lindelöf, Ole Gunnar Solskjær has two players who are powerful in the air and will win the majority of headed duels. But no matter who you have in defence, the aim should always be to stop a cross coming in.

Furthermore, his decision making needs work. His first thought tends to be to dive in and quell an attack. But defending is much more to do with controlling situations. 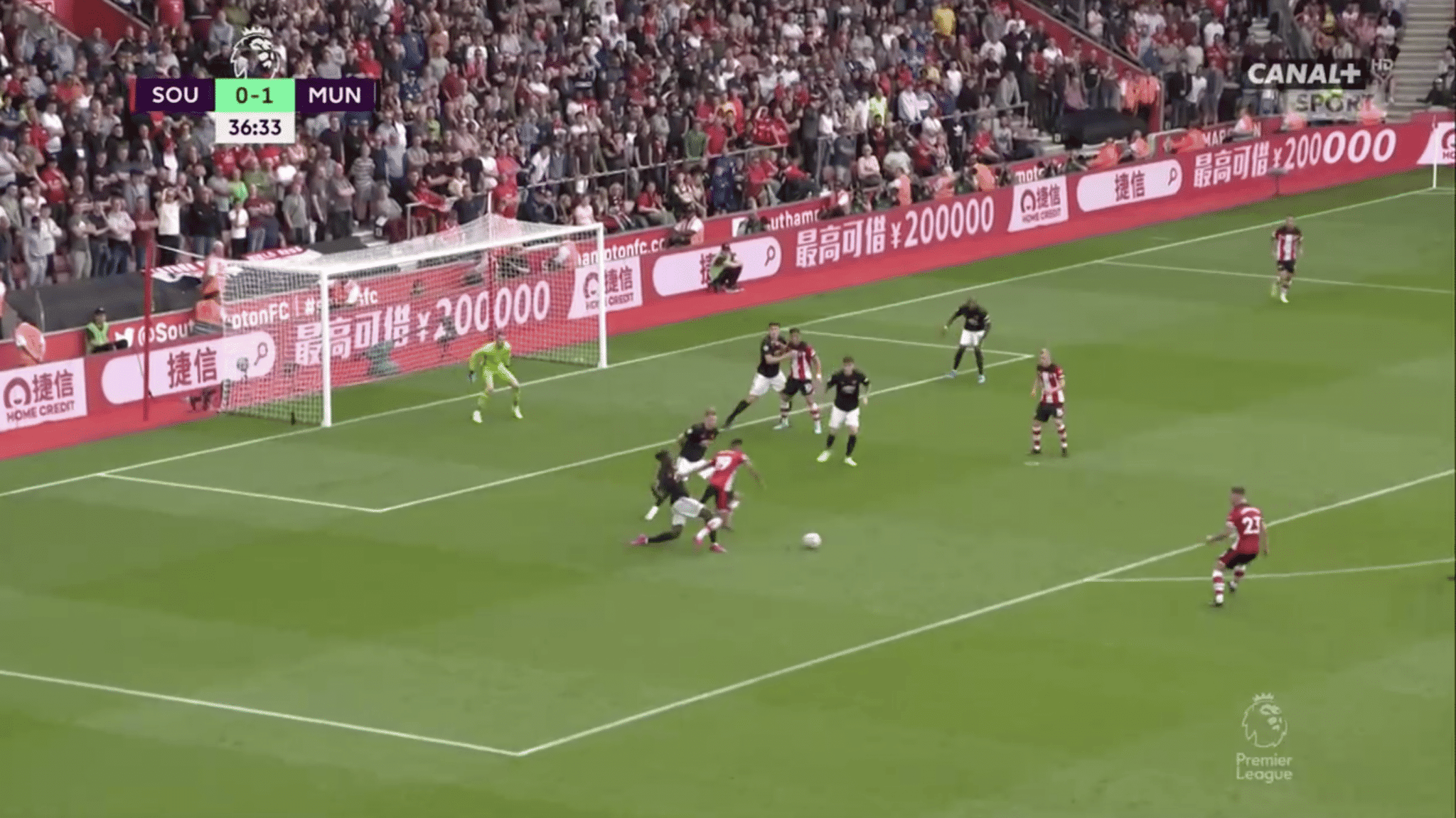 In the still above, Wan-Bissaka has allowed Boufal to cut inside onto his stronger right foot. Usually, players are instructed to show opponents onto their weaker foot but you could argue that allowing him inside, into a crowd of players, isn't the end of the world.

However, in an attempt to knick the ball, the right-back shows his inexperience by diving in.

Boufal rides the challenge, though he could've gone down and given the referee a decision to make. He doesn't and instead gets a shot away which is blocked by a United player.

But with there being no real need to dive in, why is Wan-Bissaka dangling a leg out? Not every defensive situation needs to end in a tackle.

He could've held Boufal up, slowed down the play and allowed the Red Devils to get bodies back. He didn't, though, and this is why there are still huge question marks over the 21-year-old as a pure defender, not just a tackler.

With United as a team defending well in general – their expected goals against total is the lowest in the Premier League – it shows they're currently managing situations well.

Yet Wan-Bissaka is posting numbers a full-back for a relegation-threatened side would be proud of. If these performances continue, it could get messy when they face better opposition.