Why do we love football? Is it the physicality? Is it the technical skills? Maybe it's carnival atmosphere? Or is it the pure passion that's on display? An argument could me made for each and every one of these things. The best games in football though contain all of them; thankfully, we have some fixtures that tick these boxes on most occasions. Here we look at the world's fiercest rivalries. 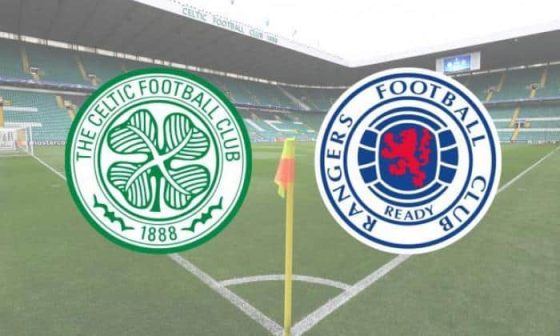 If you don't have a vested interest in the Old Firm games then you would be forgiven for questioning the quality on display; that's certainly true of the more recent years anyway! What you cannot question is whether or not the players leave everything on the field. In terms of blood and thunder football matches, Celtic versus Rangers can stand up to the very best of them.

Why then is there such a fierce hatred between the two clubs? You'll see as we run through the world's fiercest rivalries that some of the reasons for the grudge matches are obvious; the Old Firm is slightly more complex. For starters, you've got the two issues that have plagued the fixture since it first took place in May 1888, which is namely the religious reasons being Catholics and Protestants hardly seeing eye to eye and then you have the differences as to how the fanbases identity themselves i.e. as British or Irish Scots.

Finally, you have the more obvious reason. This is to do with the fact The Bhoys and Gers have dominated the landscape of Scottish football for generations. When it comes to derby day itself, Rangers have the upper hand.

German football is well known for its bouncing atmosphere that transfer from the terraces onto the pitch and Der Klassiker takes that to another level. Despite the unquestionable buzz on match day there are a couple of reasons why the rivalry doesn't rank further up our list of the biggest rivalries. Firstly, you have the fact that it's hardly a historical derby; the match only started to attract widespread interest in the nineties when Dortmund won back to back Bundesliga titles in 1995 and 1996. The other reason is that Bayern are often the heavy favourites coming into the fixture. History would support that as well.

Of course, there are the fans to consider too. For the Dortmund supporters there has been some significant salt rubbed into wounds over the ‘poaching' of players. Bayern do, of course, have the pull over pretty much all of the Bundesliga. That has seen them sign some of Dortmund's star players over recent years with Robert Lewandowski, Mario Gotze and Mats Hummels just three examples. 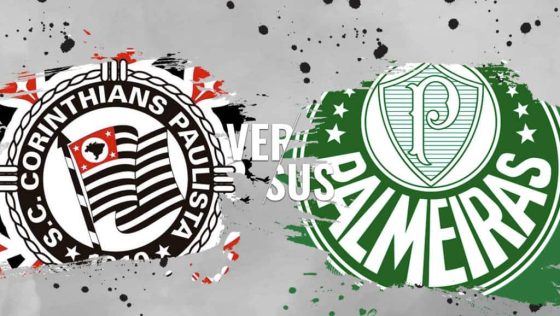 If anyone knows how to bring the carnival to the football terraces then it's the Brazilian fans and that – along with a lot of fiery tempers – is what the Corinthians and Palmeiras fans bring to the Paulista derby when the time rolls around each time. The duo are embedded in the folklore of Brazilian football as they're two of the longest running sides in the Sao Paulo system. That in itself is part of the reason for this special derby that we have now. The rivalry has been there from the outset too.

The explanation as to why is quite simple too. Corinthians were the team perched firmly on the Sao Paulo pedestal and they had been there for a while with a run of 25 matches without tasting defeat. One day in 1917 though Palmerias were formed. They'd go on to wipe the floor with Corinthians in their first ever encounter and it's a defeat that has never been forgotten and why would it? Palmerias still have more wins (129). 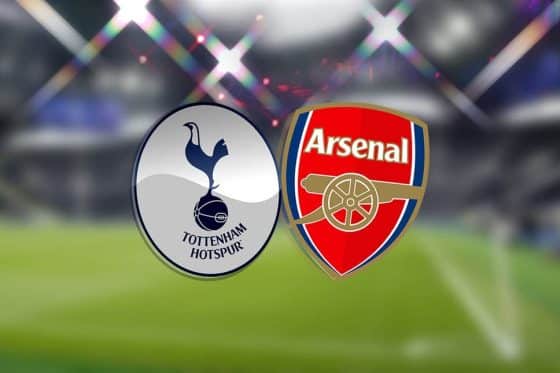 It's really simple to explain why Arsenal and Tottenham despise one another. They are both based in North London with their stadiums just a few miles apart; that's has been the case since 1913 when the Gunners opted to move into Spurs' territory. Naturally, the close proximity of the two teams created a clear split of fan loyalty within the shared vicinity of the grounds hence the derby game was born. It's a rivalry that Arsenal have dominated over the years although recent seasons have seen Tottenham turn that screw slightly back in their own direction.

Needless to say, with emotions running high between the two teams there have been instances where this has been intensified. The main instance is the infamous Sol Campbell bowman move from White Hart Lane to join Arsene Wenger's revolution. Campbell can point to his honours list when he reminisces about his playing days but shaking the image of your once adoring fans burning an effigy of you must be a tough pill to swallow. If Spurs want to silence their neighbours anytime soon then silverware is a must. 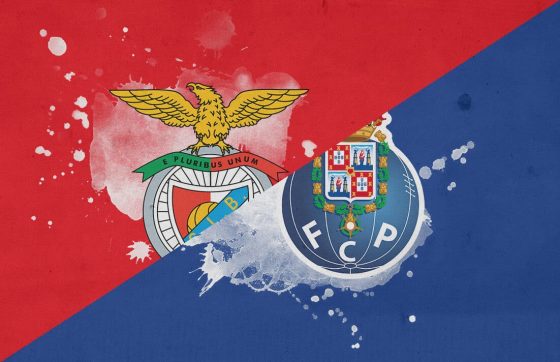 Liga NOS is not regarded as anywhere close to one of the world's best leagues to watch on a regular basis but when Benfica and Porto face off there is always a lot more attention poured on the action at hand. It's easy to see why. You can begin with the party animal fans who live for derby day but with both sides the cream of the crop in their division it is also a fixture that often has more than just three points riding on it with the result providing a blatant springboard towards title success.

It's not just the competition between the pair that saw the O Classico grow into one of the biggest rivalries in football though. That was born out of the fact Porto and Benfica, who are located in Lisbon, are represent the two biggest cities in the country but, in addition to that, the contrasting style of their people whipped things up further with Benfica the show boaters over the grafters that are Porto fans. When the two meet you can expect fireworks of all kinds but, as it stands, Porto are the most successful in the fixture. 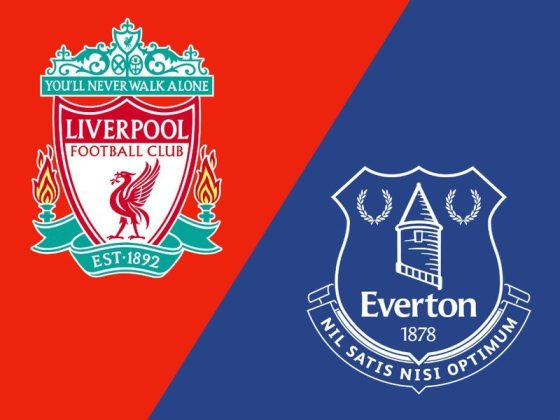 We've touched on some of the world's fiercest rivalries being born on genuine differences like religion and social standing but that's not the case for the Merseyside derby and yet it's still one of the biggest rivalries around. So, why are Liverpool and Everton entwined in such a derby game? Well, a look at the history books will tell you that Anfield, which is now synonymous with Liverpool, was actually Everton's home ground first. The Toffees opted to move to Goodison when Liverpool came along a few years later. Strangely though, that doesn't bother Everton fans too much with it just used as a cheap jibe nowadays. The real reason for the rivalry is the fact the two grounds are literally a park walk apart.

Despite the red and blue halves of Merseyside causing considerable rifts in and around the stadiums over the years, the derby is also unique in that it's not uncommon to find households that have split loyalty with some fans supporting Liverpool and others in the family following Everton. As history goes though, it's the Reds that have bragging rights with a considerably better win percentage than their neighbours. 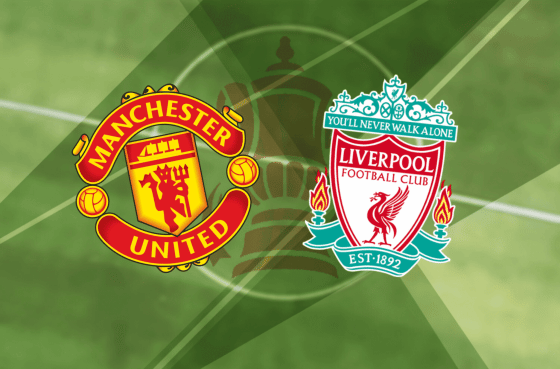 Manchester United and Liverpool are the two most decorated teams in England and are separated by just 30 miles. This is the reason that most fans would give you as to why the clubs spit so much hate towards each other and in a large way, they'd be correct – after all, United versus Everton doesn't share the same passion. Competition on the football pitch has certainly intensified the dislike between the Scousers and Mancunians. The origins of the rivalry though actually date back to 1894 and aren't remotely driven from sport.

Back in the day, Liverpool were riding the wave of being located on the coast, which meant they had the benefit of a boosted economy as ships had no choice but to dock at Liverpool port. It was what it was. At least it was until 1894 when the Manchester Ship Canal was constructed to allow ships to travel through Liverpool and directly into Manchester. Not only did this broaden prospects for the Manc's but it saw a loss of trade and jobs in Liverpool. That said, it probably isn't what Gary Neville thought as he infamously provoked the Liverpool fans. 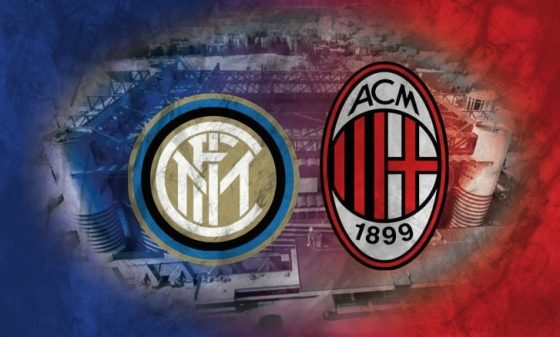 We've already touched on a few same city rivalries – and there are plenty more where they came from -but derbies where the teamsshare the same stadium is a somewhat rarer occurrence. Where AC and Inter Milan are concerned though it's not the reason for the intense rivalry. So, what is? Well, at one time AC Milan were the only club in existence; trouble began brewing, however, when members of the board reached a crossroads with respect of how the team should move forwards.

One set of members want to have a focus purely on homegrown Italian talent whilst the other wanted to recruit the best players from the further afield. It proved an unreconcilable difference and Inter Milan was formed; the members behind that formation were those who wanted to shop in the global market. It also meant a clear divide of class was created between the sides with AC becoming seen as the working class of the two. As time has moved on, the Milan sides have jostled for titles, fell into dark spells and managed everything in between. Despite all of this, the rivalry has never waned and with both teams in the Serie A title race this season, it's not a rivalry that's going to disappear now either. 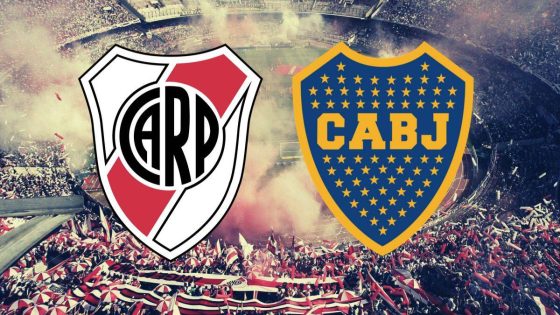 If you're looking for passion and that carnival atmosphere we mentioned at the start of this article then look no further than the Superclasico; this is a ferocious contest between Argentina's two biggest clubs in River Plate and Boca Juniors. It's not just the size of the teams that make this one of the world’s fiercest rivalries though. The reasons for that are much more widespread and actually date back to 1905 when Boca were founded. Initially, the duo were both based out of the same district of Buenos Aires, which naturally brought about increased competition but that turned to hatred and vitriol 20 years later when River relocated away from the working class La Boca to base themselves in the upmarket Nunez; that created a clash of social classes, which has remained an underpinning reason for taunts of fans to this day.

Over the years, derby day has had some one sided matches but overall the head to head is very finely balanced with Boca leading the way 89 to 83 with 80 draws. They pair also site neck and neck in domestic titles won with 48 each; although River Plate lag four behind on 18 largely owing to Boca's better performance in CONMEBOL tournaments. 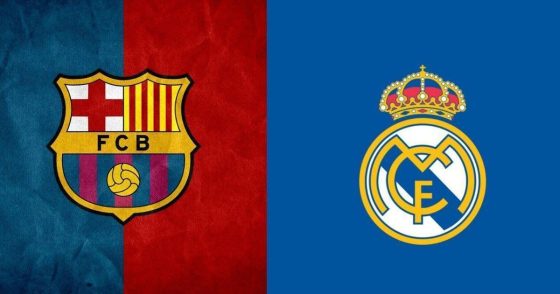 That's right sitting in number one spot of our world's fiercest rivalries is Spain's El Clasico that sees the powerhouses of Barcelona and Real Madrid lock horns. We posed a few questions at the start of our article about why we love a good derby and El Clasico ticks every box. Both the stadiums hold vast amounts of fans, the support is loud and proud, the teams have a genuine dislike for one another and, over the years, the fixture has seen some of the best players in the world go head to head.

Why though is there such a thing as El Clasico? For starters, the two cities are the biggest in Spain, which means they hold a strong influence on the political reign of the country with, at least traditionally, the two locations offering strongly opposing views. Throw into the mix that the two sides have almost forever been competing at the top table along with several high profile players jumping ship – most notably the likes of Alfredo Di Stefano and Luis Figo – and you'll surely grasp the reason the two don't get on.

There you have it, the world’s fiercest rivalries.