Predictions & Odds for Tottenham vs Arsenal

The race for Champions League qualification reaches boiling point in the Premier League this Thursday as Tottenham play host to their local rivals Arsenal. Spurs simply have to win as they sit 4pts behind the Gunners as things stand with both teams having three games left to play this season. Arsenal would take a draw if you offered it to them now but with so much on the line, we're expecting this North London derby to be even more competitive than usual.

At least three goals have been scored in four of the last five competitive North London derbies, and we're backing over 2.5 goals to be scored on Thursday night as well. Three of Tottenham's last six outings in the Premier League have produced over 2.5 goals, including two of their last three home games. Five of Arsenal's last six matches have also witnessed at least three goals scored and the Gunners have failed to keep a single clean sheet during that period.

We're expecting plenty of action at both ends of the pitch when these two sides meet as five of the last six encounters between the two clubs have seen both teams score. Both teams have also scored in three of Tottenham's and five of Arsenal's last six outings in the Premier League, adding further weight to our prediction for Thursday's clash.

All you need to know ahead of Tottenham vs Arsenal

Tottenham out for revenge after the last derby day defeat

Tottenham made the trip to Liverpool last weekend for what was always going to be a tough 90-minutes of football. The first half ended goalless but it was Tottenham that took the lead against the run of play when Sessegnon set up Son with a tap-in from 5-yards out. Liverpool found it hard to break down the Tottenham defence and were often reduced to long shots, one of which flew into the back of the net from Diaz but only after a heavy deflection. The game ended all square, a result Tottenham were certainly more happy with.

Arsenal got off to a flying start at home to relegation battlers Leeds as Nketiah pounced on a mistake from the Leeds' goalkeeper to poke home from a yard out. The very same player made it 2-0 just 5-minutes later and once Leeds had Ayling sent-off for a two-footed challenge on Martinelli, the result was never really in doubt. Leeds did pull a goal back through Llorente but the Gunners never looked likely to concede a second and the game ended 2-1.

Tottenham: Tanganga, Doherty, Reguilon and Skipp could all miss the North London derby through injury.

Arsenal: White, Tierney and Partey all look set to miss the short trip to the Tottenham Hotspur Stadium due to injury.

Tottenham vs Arsenal: Your Questions 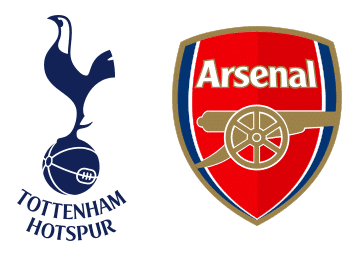 Matchbook Bonus Code 2022: £30 Welcome Offer - Money Back as a Free bet if Your First Bet Loses.