Our free UEFA Champions League betting tips are updated for every round of games. Take a look at the latest predictions from our Football Whispers tipsters.

These are our top free tips for the 2022/23 Champions League qualifiers. Keep an eye on the odds, which are always subject to change.

Rangers overcame their disappointment against Club Royale on the road with three successive victories. They have not conceded in this period, scoring nine goals in the process. PSV also enter this meeting after scoring 11 goals in the same period. As they meet for their Champions League lifeline, we expect a high-scoring affair with the scoreline going in excess of Over 3.5 goals. 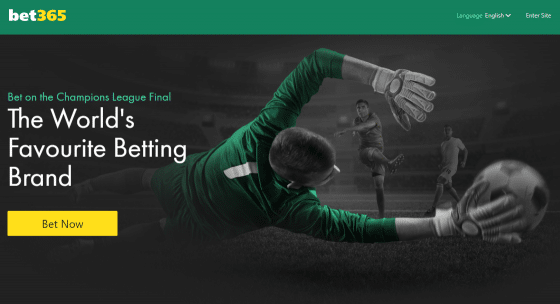 This is the sixth meeting between Kyiv and Benfica in their illustrious history. Only one meeting back in 1992 saw a high-scoring conclusion with the rest seeing Under 2.5 goals conclusion. Kyiv has been tenacious in their approach with their last three meetings finishing in this manner. Hence, the visit from Benfica will likely conclude with a low-scoring conclusion.

Bodo/Glimt have scored goals for fun in the lead-up to this meeting. Odd were thrashed for seven goals while Sarpsborg 08 conceded four times against them. Dinamo Zagreb has been on a similar tare with four goals scored in their last two outings. Both sides like to attack and we expect them to continue their approach in this meeting with goals exchanged at both ends of the Aspmyra Stadion.

*All odds provided were correct at the time of publication but will be subject to change.

There will be plenty of betting opportunities in the Champions League this season, starting with the group stage. The draw has been kind to some teams this season, while also setting up some potential ‘Groups of Death.' Here's a quick guide to Groups A-H,

The final section of this article is reserved for us to explore what teams could well win the Champions League this season. As you are no doubt aware, there are many contenders who could make it through to the final and lift the trophy, but we do have a few teams to direct you towards before you make any outright wagers.

Tomas Tuchel lead Chelsea to their second Champions League trophy last season, defeating the favourites Man City in the final. The Londoners have strengthened their playing squad over the summer and look like they will be genuine contenders for Europe's elite title once again this season.

Whenever you think about Champions League contenders, you inevitably mention Bayern Munich. The Bundesliga giants made it through to the quarter-finals last season before being knocked out by PSG but with a new manager at the helm, Bayern are hungry for success and know this competition all too well.

PSG continue to strive for their first Champions League success having made it through to the final a couple of years ago and the semi-finals last season. With Messi being added to the squad, PSG will certainly possess extra quality in the final third and might just have the belief that they can go all the way and secure their most desired trophy.

Man City, much like PSG, are desperate to win their first Champions League trophy and came so close to doing so last season but lost in the final to fellow Premier League side Chelsea. Guardiola has stated his intention to leave Man City in a few yars' time so his and the club's chances of winning the title together are limited, but if anyone can lead City to glory then it is Spaniard.

*Odds provided by bet365 and will be subject to change. 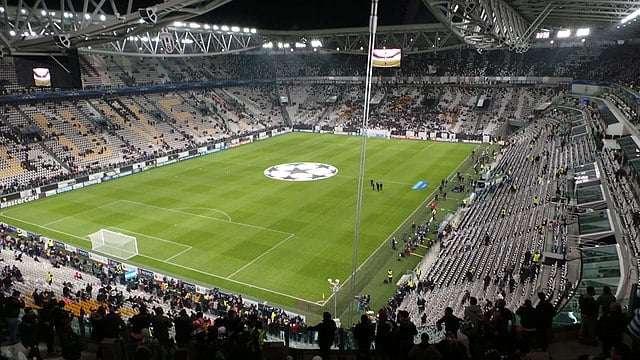 ‘Who will be the top goalscorer of the event?’ is a widely popular question. The oddsmakers have come up with a couple of different name lists, and the most common names on multiple bookie’s top goalscorer market sheet are:

You may be able to find longer lists, but these are the best odds provided by bet365. The bookies favor Robert Lewandowski to take the top goalscorer title, though Haaland top-scored in last season's competition.

This is a very cool market for wagering on, especially in the knockout stage. You bet on whether there would be a penalty shootout or not. This will excite you plenty if other markets seem dull to you.

Bookies released this market and the options for those punters who think they can name both of the finalists who will play in Lisbon on the 23rd. If you dare to make an assumption, you can get some competitive odds on certain bookies.

To Reach the Final

If you are sure that a specific team would reach the final but aren't sure whether they would win, this market is perfect. If the odds satisfy you, then go ahead and place the wager.

To finish in Top 4

The semi-finals are less than a month away, and punters are going crazy guessing who will finish in the top four teams in this year's Champions League. If you can't find this wager on your favorite bookmaker platform, you can request it if they have the feature available. 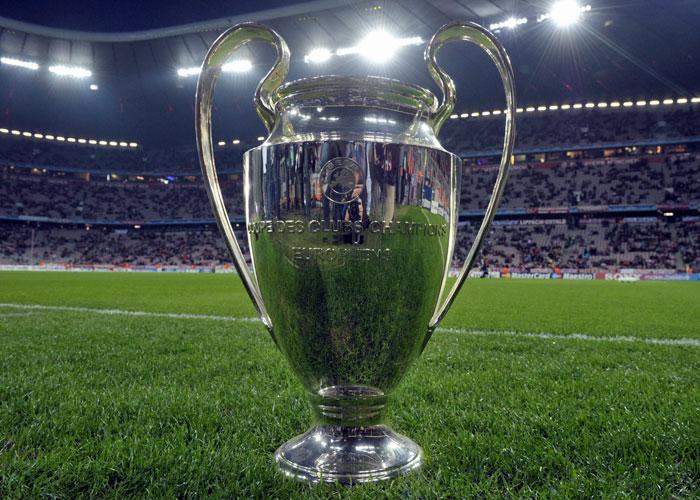 Like any football tournament, bookies love releasing Special markets to their customers. Thanks to them, punters relax and do something different than the regular outright or BTTS markets. As expected, some bookmakers offer unique Special markets for the Champions League this year. Some of them are described below.

Accumulators are prevalent types of wagers with high payout potential. The trick is that you have to guess right all selections on your bet slip to get the reward from the combined odds. You can place them on multiple matches of the Champions League, and the best part is that you don't have to stake a large sum to win big.

This market is unusual, and you probably won't find it anywhere, but if you know that a specific player is very capable of performing freekicks, then why not bet on it? You can request a wager via the bookie's request a bet feature and see what kind of odds they would offer you.

Another Special market to think about is to wager on whether a specific player would have an assist during the game. This market is mostly reserved for individual matches, and not outrights.

The nationality markets aren’t directly related to the game, so they are considered specials, even if bookies put them in the outrights category. You will have to guess the nationality of the winning team or the top goalscorer. Again, if you don't find these bets, you can always request them.

Bet365: Our top choice for UCL

As the most popular bookmaker in the world, Bet365 provides the best selection of markets and sports you could find. Their platform is easy to navigate, and they provide a plethora of useful features for football and other sports. The most-used features are edit bet, soccer bet builder, cash-out, and live streaming. Read about latest Bet365 bonus codes here or follow the link below:

Min deposit requirement. Free Bets are paid as Bet Credits and are available for use upon settlement of bets to value of qualifying deposit. Min odds, bet and payment method exclusions apply. Returns exclude Bet Credits stake. Time limits and T&Cs apply. The bet365 bonus code SPORTSMAX can be used during registration. However, it does not change the offer amount in any way.

Ladbrokes is a popular bookie worldwide, and they have one of the most straightforward user-friendly platforms. They offer us enough football markets to choose from, especially in popular events like the Champions League. You can easily see which events offer cash-out and stream your favorite sports with their live service. The bookmaker provides new customers £20 free wagers under acceptable conditions. You won't regret signing up.

William Hill is one of the most high-quality and famous bookmakers in the UK. They offer their customers a wide range of markets and sports to bet on, and they have multiple features customers adore, such as #YourOdds, cash-out, streaming, and more. Their best advantage is the many promotions they offer the customers, including ACCA Insurance, bet boosts, sport-related money-back offers, and more. You can be 100% sure they will release a promo for the Champions League once it begins. All the William Hill football offers are detailed here.

18+. Play Safe. When you sign-up via Mobile using promo code N40 and place a bet of £10/€10 or more we will give you 4x £10/€10 free bets credited after settlement of first qualifying bet, free bets will expire 30 days after the qualifying bet is placed, payment method/player/country restrictions apply.

Betfred offers some of the best odds when it comes to football betting. Compared to the other bookmakers on this list, they don't offer as many markets, but they will give you £30 free bets on sign-up, and you can access all of their features, including the mobile and online live streaming, in-play and cash-out. Their mobile app is one of the highest-ranked among bookies in the UK. You can't wager with them from outside of the UK or Ireland.

Paddy Power offers its new customers money back in cash up to £10, and while it might not seem much to you, they have a lot more to offer as a bookmaker. The promotions for existing customers are many, and they are all kinds of interesting. You have plenty of sports and markets to choose from, and the bookie also offers the top Sportsbook features anyone needs – cash-out, in-play, live streaming, same game multi, bet calculator, Beat the Drop free game, etc.

What events does the Champions League consist of?

The UEFA Champions League begins with qualifiers very early in the season and eventually leads to the group stage which is followed by two-legged knockout ties all the way through to the final which is decided within 90-minutes, extra-time or penalties.

We think that most established bookmakers would give bonuses related to the Champions League to their customers.

Where will the Champions League final be held?

The location of the final is yet to be decided.

Who would be the most likely winner of the Champions League 2022?

Most of the oddsmakers predict that the winner of this season's Champions League trophy will likely be between PSG, Man City, Bayern Munich or Chelsea.

Is betting on the Champions League legal outside of Europe?

Betting on the Champions League is legal from anywhere as long as it's done via a legal and licensed bookmaker or online platform.

The Champions League is very close, and many punters wait for the champion to be announced. While we are sure that many punters made their bets on the Champions League, some haven't. This article was supposed to help you understand which are the favorites in the tournament and why also what type of bets you can place on them. If you don't have a bookmaker, feel free to register for any of the mentioned bookies. They are all established and provide high-quality content to their customers. You won't make a mistake joining anyone of the bookies described here. You can even sign-up for multiple bookies if you like the odds offered on various platforms. We hope that this article helped you make a choice and learn a little more about Champions League betting.

Profit Accumulator Review for 2022: How does this matched betting site rank?