The tipped odds were correct at the time of publishing but are of course subject to fluctuations. Please check the latest on your betslip before confirming any wager.

There is no way we will be just bystanders, so we give you our top predictions on the outcomes of the matches that we are about to see. We also highlight the strengths, weaknesses, and trends of the teams, while also giving you our opinion on which particular markets may be best to bet on. So, without further ado, let’s begin our write-ups. Obviously, our tips and predictions are 100% free. We mainly focus on 1×2 tips. With the 1X2 market there are three possible outcomes: home win tip, draw or away win.

Read more details on our football predictions for today:

There are plenty of people backing Tottenham to beat Chelsea in this game but we disagree. Sure, Tottenham are a better side than last year but they've got an atrocious record against Chelsea; they've lost the last four clashes and haven't won in 10 meetings. It's not like Chelsea are in woeful form either – they have won their last three games.

Our second tip is that both teams will find the net in this game. Viborg have seen both teams score in three of their last five home games whilst they've netted in all five of them. Silkeborg meanwhile have netted in all of their last five away games and have conceded in four of them. On top of that, the last three head to head games have both register on the scoresheet.

Our final prediction for today is that we’ll see at least three goals in this game. Troyes’ form is a banker for going north of the 2.5 mark with four of their last five going over that 2.5 cut off and their game average in that period of time sitting at a whopping 4.2 goals. Toulouse have form that is less nailed on; only two of their past five have gone over the required threshold, however, there are a couple of notable stats to consider. Firstly, their game average in that give game spell is 3.8 goals and then you have the fact that the last head to head clash between these sides served up seven goals!

Brest vs Marseille Prediction, Odds and Be...

Spezia vs Empoli Prediction, Odds & Be...

Valencia vs Girona Prediction, Odds and Be...

Lazio vs Bologna Prediction, Odds & B...

The major European leagues have all come to an end but that doesn't mean that there is no football to watch or place bets on. The Scandinavian leagues are all in action this weekend not to mention the top divisions in Argentina and Brazil.

14:00 – Ajaccio vs Lens, Auxerre vs Angers, Reims vs Clermont & Troyes vs Toulouse

17:30 – Fiorentina vs Cremonese & Lazio vs Bologna

All of our free tips have been predicted by our experienced tipster, and all the odds selected are the best price available as of publication. There is no basis in our tips, and each prediction is well researched and backed up by statistics.

Each of the last six meetings between these two clubs have seen both teams score and over 2.5 goals scored, and we're expecting more of the game on Saturday. At least three goals have been scored and both teams have found the back of the net in four of Monaco's last five matches in all competitions, while two of Rennes' last four fixtures have ended 2-1.

These two clubs lock horns for the very first time since 2001 and we're backing the newly-promoted hosts to secure all 3pts. Torino had a decent season in 2021/22 but have since lost their talismanic striker Andrea Belotti on a free transfer, so goals could prove an issue for the visitors this season. Monza carry that unknown threat that so often hands the newly-promoted sides advantage on the first day of the season, one we expect the hosts to make the most of.

Barcelona have secured four wins from their last six encounters with Rayo Vallecano and certainly owe their guests one after the Catalonians lost both league games against them in 2021/22. Barce have picked up four wins from their last six matches in all competitions and have managed to keep a clean sheet in each of those victories. Rayo failed to score in their last game and haead into Saturday's clash as the big underdogs.

We're expecting a tight and tense 90-minutes between two of the sides hoping to challenge Liverpool and Man City for the Premier League title this season. Four of the last six meetings between the pair have produced under 2.5 goals and fewer than three goals have also been scored in two of Chelsea's and two of Tottenham's last four matches.

Auxerre made their return to Ligue 1 this season but lost on the opening day away at Lille 4-1. We're expecting a much better performance from Auxerre in their first home game of the campaign against Angers this weekend, a side that could only manage a goalless draw at home to Nantes last time out. Auxerre have won four of their last five home games and will have the backing of their fans on Sunday.

Bayern were in fine form last weekend when they thrashed Frankfurt 6-1 in their own backyard, making it three wins from their last four matches and at least 7-goals scored in each of those victories. Wolfsburg have seen over 2.5 goals scored in five of their last six matches in all competitions, so you can see why we're expecting another goals-filled 90-minutes this weekend. 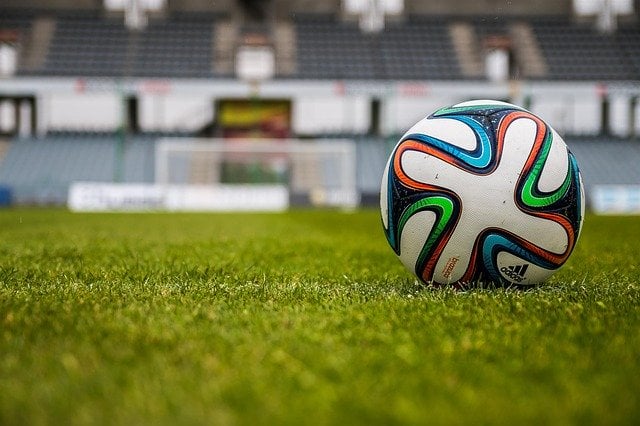 Here you can find the previous free football tips backed by our experts. There are a mix of different betting markets, such as:

We aim to provide you with all the reasoning you need to back any of our predictions and our tipsters use all the latest stats, as well as a whole lot of research, to ensure their tips are backed up. We cover all the major European leagues and tournaments, as well as international football, and we aren't afraid to get our hands dirty during the off-season where we cover competitions from all over the world such as Serie A in Brazil and the Viekkausliiga in Finland.

Our free football tips for today are 100% and unbiased, prepared by our expert team. Remember there is no such thing as a sure bet prediction. Any website or social media account promising sure bet tips should be treated as suspicious. We might all dream of a free big odds sure win, but in reality, the only way to find good betting tips is to continue the value of the selection.

We recommend you to perform your own analysis before placing a bet on a football game, especially to bet on leagues you know well.