Fresh on the back of their 4-0 hammering of Man Utd, Liverpool take on another of their local rivals in the Premier League. Everton arrive in the midst of dire away form but in desperate need of points. The odds are against the Toffees with Liverpool expected to pull off another easy win.

Jota has been in great form for Liverpool this season and will be itching to start this weekend having been on the bench for the hammering of Man Utd in midweek. With 15-goals in the league alone, you can see just why we're backing the Portuguese international to score this weekend in the derby. Jota has scored 4-goals in his last eight appearances for the Reds and scored at Goodison Park when these two sides met back in December.

All you need to know ahead of Liverpool vs Everton

Liverpool were expected to beat Man Utd at Anfield after securing a 5-0 win at Old Trafford earlier in the campaign. Diaz got the home side off to the perfect start, scoring after just 5-minutes and Salah made it 2-0 before the break. Man Utd had no answer to any of the questions Liverpool asked of them, conceding a further two goals in the second forty-five to Mane and Salah. The 4-0 final scoreline did not flatter Liverpool in the slightest and Everton better be prepared to defend for their lives this weekend.

Everton were desperate to beat Leicester in midweek but had to settle for a pint in the end. The Foxes started the game well taking the lad after 5-minutes and dominating possession. However, Everton looked dangerous on the attack and should have equalised before the break and in the second half as Richarlsion missed two open goals. However, the Brazilian did get his goal in stoppage time and the Everton fans celebrated a decent point.

Liverpool: Roberto Firmino is a concern for the hosts due to a foot injury.

Everton: the visitors will be without Patterson, Davies and Townsend, while Calvert-Lewin could also miss out.

Q&A for Liverpool vs Everton 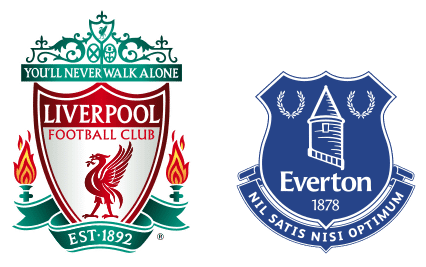