Liverpool sit 4pts and four places above Man Utd in the Premier League table and head into Sunday's big match at Old Trafford as the bookmaker's favourite to win. Liverpool won here last season 4-2 and have form in their favour this time around, so it's going to take something special from the hosts to get anything out of this game.

Here are our predictions for Man Utd vs Liverpool.

Liverpool claimed a memorable 4-2 at Old Trafford last season and we're backing the visitors to be victorious on Sunday as well. Liverpool have outplayed Man Utd so far this season and arrive in good form having won four of their last six matches in all competitions, while Man Utd have lost three and won just two of their last six outings in league and cup.

Over 2.5 goals have been scored in each of the last two meetings between Man Utd and Liverpool and we're predicting more of the same on Sunday. Three of the host's last four fixtures have witnessed at least three goals scored and each of Liverpool's last six matches have also produced over 2.5 goals, so you can see why we're expecting goals in the Premier League's big game this weekend.

Mohamed Salah is having another fantastic season in the red of Liverpool, netting 7-goals in the Premier League alone. Salah was on target the last time these two sides met and scored twice in midweek as Liverpool beat Atletico Madrid in their own backyard. We're backing Salah to score and help his side to another victory this weekend.

All the stats you need ahead of Man Utd vs Liverpool

Liverpool are the favourites ahead of their trip to Old Trafford

Man Utd needed to see a response from their players in midweek following the 4-2 defeat at Leicester. However, after going 2-0 down at home to Atalanta in the Champions League on Wednesday night, their fans probably feared the worst. Solskjaer's men did mount a comeback which started with a Rashford goal in the 53rd-minute. Maguire equalised with 15-minutes to go and that man Ronaldo scored Man Utd's winner in the 81st-minute. The frailties were clear to see once again in the Man Utd side but that comeback will give them a confidence boost ahead of another tough home game against Liverpool.

This season Liverpool look like genuine title challengers once against and you can see why they are the favourites to win at Old Trafford this weekend. On the back of their 5-0 away win against Watford, Liverpool then travelled to Spain in midweek to face the La Liga champions Atletico Madrid. Two goals from Salah and one from Keita cancelled out a Griezmann double and saw Liverpool claim a 3-2 win. Liverpool look so dangerous going forward and even when they do concede goals, they look like they can outscore their opposition.

Man Utd: Raphael Varane, Anthony Martial, Marcus Rashford and Fred are all injury concerns ahead of this weekend's big match against Liverpool.

Liverpool: Curtis Jones, Harvey Elliott and Thiago Alcantara all look set to miss the short trip to Manchester on Sunday.

Your Questions for Man Utd vs Liverpool 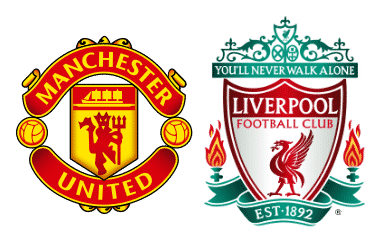