After the high-profile failings of missing out on Euro 2016 and the 2018 World Cup, the Netherlands national team was at an all-time low. But a new generation of Dutch wonderkids have quickly reinvigorated the Oranje.

The leading lights of this renaissance are, obviously, Ajax pair Matthijs de Ligt and Frenkie de Jong. The duo have been imperious in the Champions League this season, helping the Dutch club reach the quarter-finals with a stunning victory over Real Madrid in the round of 16.

De Jong has already agreed a move to Barcelona while the La Liga giants are also keen on De Ligt. Yet given the quality and potential of the emerging Dutch wonderkids, it won't be too long before many more are completing big-money moves to the biggest clubs in Europe.

Here we have identified ten Dutch wonderkids who are set for stardom in the coming years.

Previously a Liverpool transfer target, Schuurs joined Ajax from Fortuna Sittard, who he captained at just 17 years old, in January 2018. But he didn't arrive in Amsterdam until the summer.

Schuurs has spent much of his first campaign playing for Jong Ajax, the club's second string, but is expected to move up into the first team next season to replace De Ligt.

The teenager has every attribute required to become a top-level centre-back. He is defensively solid but also comfortable on the ball. He has an excellent range of passes and is also partial to a thunderous goal from distance.

The Boston-born defender won't turn 19 years old until July but he has already played over 60 senior games for Heerenveen.

He broke into the team at the start of last season and soon established himself as one of the finest defensive prospects in Holland, who he represents at international level. 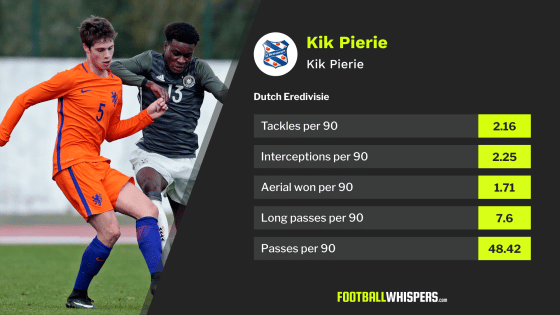 Pierie, much like his contemporaries on his list, is a ball-playing centre-back who often strides out of the backline to start attacks. He is astute defensively, too, with his reading of the game far better than many his age.

Previously linked with Manchester United, it won't be long until Pierie leaves Heerenveen for one of Europe's biggest clubs.

During the 2017/18 campaign, Vlap had to play second fiddle to Martin Ødegaard. The Real Madrid loanee's departure last summer was the break the attacking midfielder needed to establish himself as a star at Heerenveen.

This season the 21-year-old has been crucial to Heerenveen's push for a Europa League spot in the Eredivisie. Vlap has netted 14 times in 26 games, and several of these have turned potential draws and defeats into victories – without his goals, Heerenveen would be ten points worse off this term.

Yet the Dutch wonderkid is far more than just a smart finisher. He has also registered six assists, is a powerful runner with the ball and can unlock defences with either foot.

With the consistency Vlap has added to his game this season, it wouldn't be a surprise to see him move away from Heerenveen in the summer.

The midfielder, who has been compared to Manchester United star Paul Pogba, has tended to tower over opponents in youth football and fuses that physicality with technique and composure on the ball.

Given his gifts, it's inevitable Gravenberch will break into the Ajax first team on a consistent basis. The only question is when the club decide he is ready.

The AZ winger is only 20 years old but he has already overcome a serious setback in his fledgling career.

On the opening day of the 2017/18 season, Stengs was handed a start against PSV. He began the game brightly but, in the eighth minute, a freak collision with Santiago Arias resulted in the then 18-year-old suffering a cruciate ligament rupture. He would be ruled out for over a year.

Stengs has been eased back into the AZ first team this term; at the time of writing, he's made 14 Eredivisie appearances in which he has struck twice and claimed two assists.

With AZ, Stengs is usually deployed of the right flank. He couples exquisite technique with blistering pace and, in the mold of Arjen Robben, likes to cut inside onto his stronger left foot and fire towards goal.

It's likely, because of his injury, the youngster will remain with AZ for at least another season. Expect the 2019/20 campaign to be his breakout season.

Over the course of this season, PSV coach Mark van Bommel has used the 20-year-old as an impact substitute. And it's worked to great effect.

Malen has only started five games in all competitions yet has netted seven times and registered four assists; he has been involved in a goal for the Eredivisie leaders every 81 minutes.

The reason the young winger isn't a regular is that he is behind Mexican star Hirving Lozano and another Dutch sensation, Steven Bergwijn. Yet with one, if not both, set to leave in the summer, the 2019/20 campaign should see the winger establish himself in the starting XI on a regular basis.

Malen, who spent two years in Arsenal's academy, is two-footed, quick and has the composure to finish chances when he breaks into the penalty area. 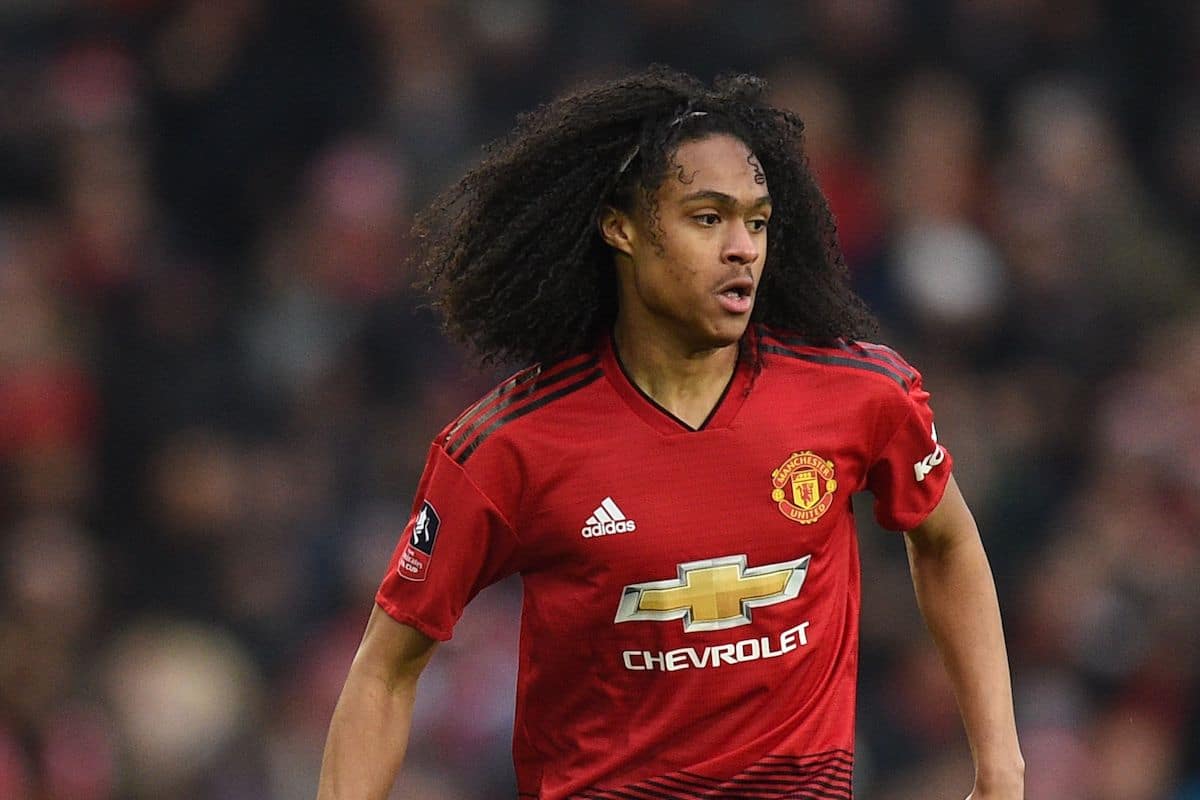 The Manchester United winger was included in Football Whispers‘ 20 to watch in 2019, and for good reason: Chong is a star in the making at Old Trafford.

The 19-year-old has already made three appearances for the Red Devils this season, the most high-profile of which was as a late substitute in the dramatic Champions League victory over Paris Saint-Germain.

Able to play anywhere across the second line of attack, Chong's pace, dribbling skills, and goal threat, coupled with his physical attributes, make him the ideal modern-day attacker.

And with caretaker United boss Ole Gunnar Solskjær willing to give youth an opportunity, it will be no surprise if Chong makes an impact in the Premier League before the campaign ends.

It's hard not to have sympathy for the 21-year-old Ajax midfielder who has struggled with injury for much of a season in which has team-mates have performed on the European stage.

Rewind to August and Eiting was one of two midfield pivots in the Ajax side, the other being De Jong. A talented and confident passer, Eiting started four of the club's first seven league games of the season before injury struck.

An ankle injury halted his progress and, just as he was on the cusp of a return, Eiting injured his knee. If he can stay fit, there is no doubt Ajax already have their heir to De Jong's midfield throne.

The 18-year-old striker joined Chelsea from Ajax in the summer of 2017 and, after a difficult start, has established himself among a host of talented youngsters within the Blues ranks.

Redan's primary attributes are pace, intelligent movement, and excellent finishing. In the UEFA Youth League this season he has netted four goals in five games, while at international level, he has nine in nine for the Dutch under-19 side. 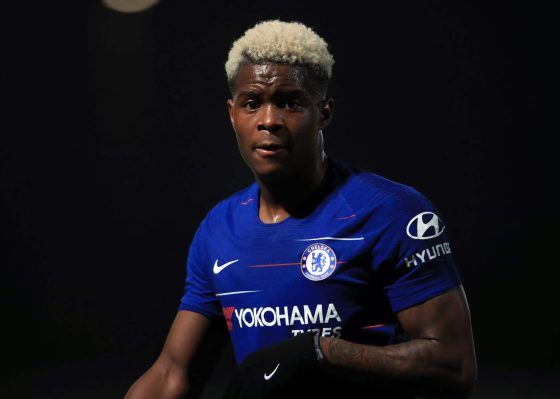 The problem for Redan, and for any Chelsea youngster, is breaking into the first-team set-up at Stamford Bridge.

It's likely next season the teenager goes out on loan for the first time, it's vital his development isn't stunted so the Blues must work hard to ensure the environment is right to finesse the teenager's undoubted skill.

Having averaged better than a goal a game for FC Utrecht's under-19s and under-21 sides, Venema was promoted to the first-team squad last summer and has made 14 appearances, in which he has scored five times.

Still only 19 years old, Venema is a physically powerful striker who can hold his own against seasoned defenders in the Dutch top flight. He has a burst of acceleration, though, which tends to give him room to get a shot away.

Having only made two starts in the Eredivisie at the time of writing, there is more to come from Venema. He has the raw attributes to make a big impact next season