Poland will be desperate to restore some national pride at World Cup 2022 following a poor showing with a talented squad at the previous tournament in Russia four years ago and Head Coach Czesław Michniewicz will take an equally gifted group to Qatar.

While Barcelona’s Robert Lewandowski remains the headline act, the veteran striker will be flanked by an impressive supporting cast, though The Eagles will need to improve on their limp Nations League displays to make an impact this winter. Poland join Argentina, Mexico and Saudi Arabia in Group C in Qatar.

Below, you can find Poland’s confirmed 26-man squad for World Cup 2022 in Qatar with a breakdown of who made the cut by position.

Head Coach Czesław Michniewicz confirmed Poland's travelling party before the squad submission deadline and there were few shocks or surprises in his selection for World Cup 2022.

Most if not all of the nations competing at World Cup 2022 will take three goalkeepers to the tournament and Poland will have a trio of netminders in tow later this month.

With 66 caps, the vastly-experienced Juventus keeper Wojciech Szczesny is the undisputed number one for Poland. Back-up options Bartlomiej Dragowski and Lukasz Skorupski – who also play their club football in Italy – have collected just nine caps between them.

Szczesny was between the sticks for Poland at Russia 2018 and he is officially the most-capped goalkeeper in the Eagles’ history.

The weakest area of Poland’s squad is arguably in defence, where top-tier quality seems to be lacking. Poland managed to keep just four clean sheets in 11 World Cup qualification fixtures and one in six Nations League matches in the run up to Qatar 2022.

Head Coach Czesław Michniewicz has only been in the Polish hotseat for eight matches, though it already looks as though he favours a three-man defensive with Jan Bednarek, Kamil Glik and Jakub Kiwior his go-to choices at centre-half.

Bartosz Bereszynski and Nicola Zalewski are favourites to start at wing-back on either flank, though Aston Villa’s Matty Cash will hope to force his way into contention on the right. Cash has won seven caps for Poland since declaring for the country in October 2021. 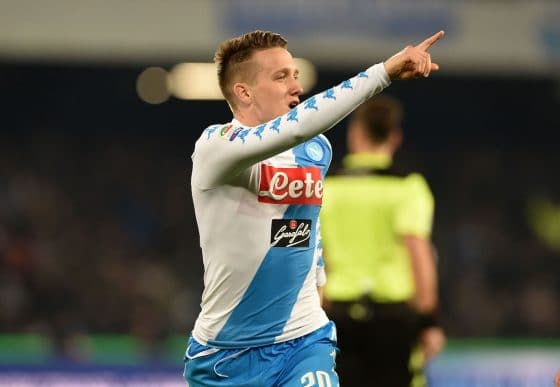 With only three players aged 28 or over, Poland’s midfield options have a fresh-faced look with a changing of the guard being overseen by Czesław Michniewicz. Several of the Eagles’ midfielders will be aiming to build a higher profile with some eye-catching performances in Qatar.

The omission of 27-year-old Torino midfielder Karol Linetty was seen as something of a surprise, though Poland still have some quality options in the centre of the pitch even without the 47-times capped schemer.

Versatile 23-year-old Feyenoord starlet Sebastian Szymanski has been in electric form in the Eredivisie this season and he has the technical skillset to shine in Qatar.

Napoli playmaker Piotr Zielinski has the most star quality in midfield however, and the 28-year-old has been tearing some big clubs to shreds this term in the Champions League.

Poland averaged just 1.0 goal per game during their ill-fated Nations League campaign in the summer, though they managed to score a much-healthier three times per 90 minutes in their World Cup qualification journey before that and they have a set of strikers capable of matching those kinds of numbers more often.

Robert Lewandowski’s name leaps off the list of Poland’s attacking options in Qatar and despite his advancing years, the 34-year-old remains as potent as ever. Lewa has been banging in goal after goal for Barcelona in 2022/23 and the lethal finisher will be eager to make his mark at the World Cup.

Lewandowski has scored an incredible 76 times for The Eagles, though Arkadiusz Milik and Krzysztof Piatek are both also capable of chipping in, while Swiderski – who is based in the MLS with Charlotte FC – notched five times during Poland’s World Cup qualifiers. 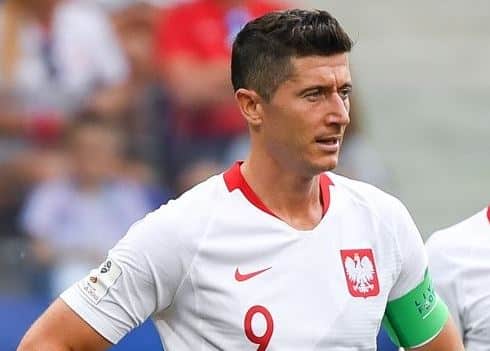 Now that we’ve given you a comprehensive list of the players Poland are taking to World Cup 2022, it’s time to zero in on the members of their squad likely to have the biggest impact in Qatar.

Piotr Zielinski – Armed with a mix of craftiness and calmness, Piotr Zielinski is a Rolls Royce of a midfielder who wouldn’t look out of place in any team in the world. Zielinski is one of Serie A’s biggest stars, though his displays in an exciting Napoli side in the Champions League have allowed him to enjoy the spotlight more this season.

Robert Lewandowski – One of the most fearsome strikers of his generation, Robert Lewandowski will captain Poland in Qatar in what could be the last World Cup tournament of his career. Lewa has exploded through the 40-goal barrier at club level in each of his last seven seasons and he can be backed with confidence to convert any chances that fall his way this winter.

Group C: How Did Polish Team Do In Group Stages?

After a draw against Mexico in which Poland missed a penalty to win the game, the second round against Saudi Arabia was much better for the Polish team. Despite doing well for most of the game, Saudi Arabia conceded twice and Poland grabbed the win that put them in a good spot ahead of the last round since they can had the option of going through even with a loss to Argentina. In a thrilling turn of events, that was exactly what happened and Poland reached the knockout stages ahead of Mexico thanks to one goal since they only went through on goal difference.

Poland gave a decent account of themselves in the first half of their last 16 tie against France. However, Giroud scored just before the break to make it 1-0 and in the second half Mbappe added two further goals to set France on their way to an easy victory in the end. There was a chance of Lewandowski to end his World Cup journey on a high when Poland were awarded a penalty deep into stoppage time. Lewandowski stepped up but saw his first effort saved. However, the penalty had to be retaken due to Lloris being off his line before the ball was kicked and Lewandowski didn't make any mistakes the second time around.

Have Poland won the World Cup before?

No, Poland have never lifted the World Cup before, though they did finish third in both 1974 and 1982.

Who is the leading scorer in Poland’s squad?

With 76 goals and counting, Robert Lewandowski is the leading scorer in Poland’s history by a distance.

Who is Poland’s manager?

Czesław Michniewicz has been in charge of Poland since January, though he has enjoyed mixed results since his appointment.

Have Poland competed at a World Cup before?

Yes. This will be Poland’s eighth appearance at a World Cup tournament.