The hectic Christmas schedule may be a bone of contention for many in the game but it was not so long ago that there were actually matches on Christmas Day itself.

That’s right: football was once as much part of the big day as sprouts and repeats of Only Fools and Horses. So why did this festive tradition die out and what are the chances of us seeing fixtures on 25 December again?

At a time when we are constantly told, usually by managers and players rather than fans, that there is too much football being played at Christmas, the thought of a full Christmas Day fixture list is hard to comprehend.

Games are already rammed into the festive period like a chocolate orange into a stocking, but there was a time when even Christmas Day itself was just like any other when it came to our national sport. Unlike now, when the vast majority of the population have little choice but to talk to their relatives or endure the Queen’s speech, as recently as the 1960s the British public were actually able to go and watch a game of football – and they turned out in their thousands.

Of course we all know the incredible story of the German and Allied troops who halted hostilities on 25 December 1914 and played a game of football on the western front, but even back then the concept of playing a match on Christmas Day wasn’t as crazy as it seems today. 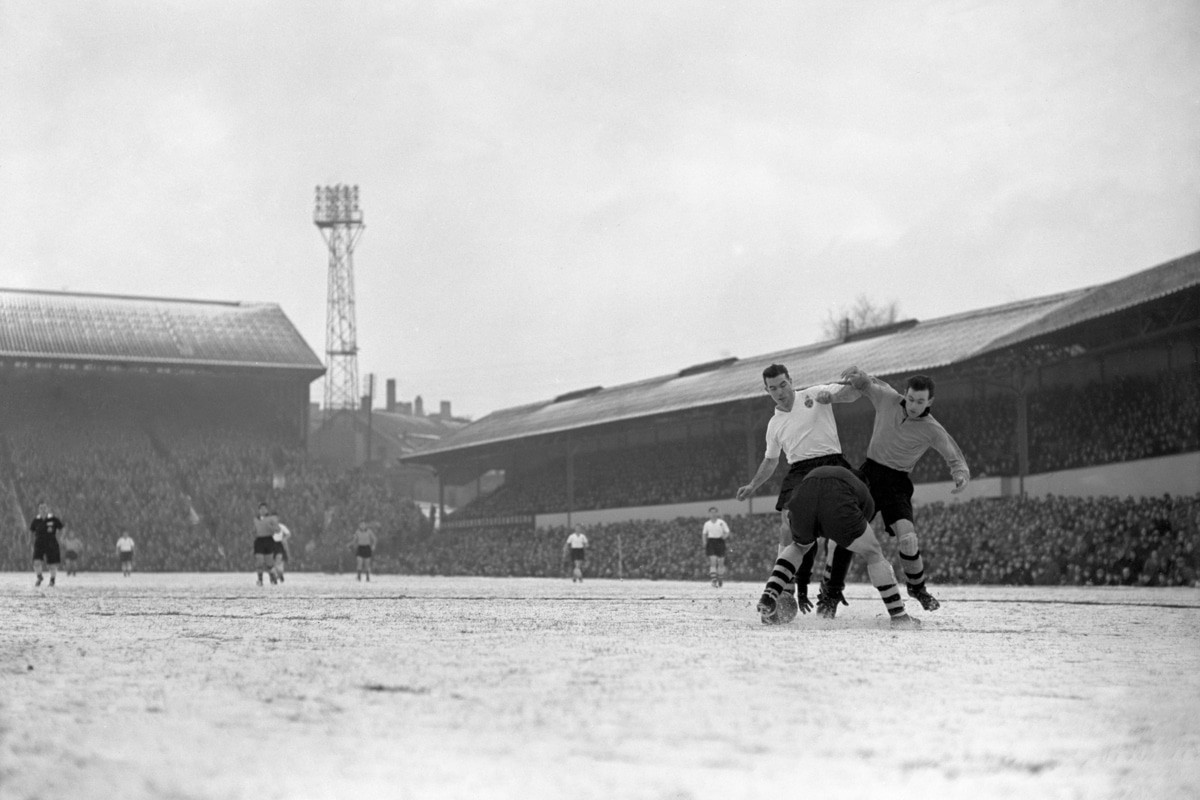 The first Christmas Day fixture was held in only the second season of the Football League back in 1889, as Preston North End beat Aston Villa 3-2 and the idea quickly caught on, particularly after the First World War. In the early part of the 20th century Christmas Day itself was just one of very few public holidays at the time, and football was one of the few activities people could enjoy as a family. Sprawling on the sofa and watching the box set you’d just been given by auntie simply wasn’t an option, so the next best thing was to go out to watch a game instead.

And it wasn’t as if the now-traditional Boxing Day fixtures gave way to make room for Christmas Day games either. Teams simply played both. In fact Everton once played two matches on December 25th, then another the following day, something which would be absolutely unthinkable today, but not then.

On Christmas morning they played against Blackburn Park Road at Anfield in a Lancashire Cup tie. Then in the afternoon they took part in an annual exhibition match against Ulster FC for the huge crowd who were obviously looking for any excuse to get out of the house. 24 hours later they travelled the short distance for a game with Bootle, which completed a trilogy that is downright ridiculous by today’s standards.

For logistical reasons Christmas Day games usually pitted local rivals against each other, which often threw-up a number of tasty derby games — though some were played in anything but the spirit of Christmas. Like when Blackburn Rovers faced Darwen in 1890, the match ended in violence as players and fans clashed. But as the Football League began to grow, clubs became willing to travel longer distances as a full public transport schedule meant fans and players could take trains and buses to away games. 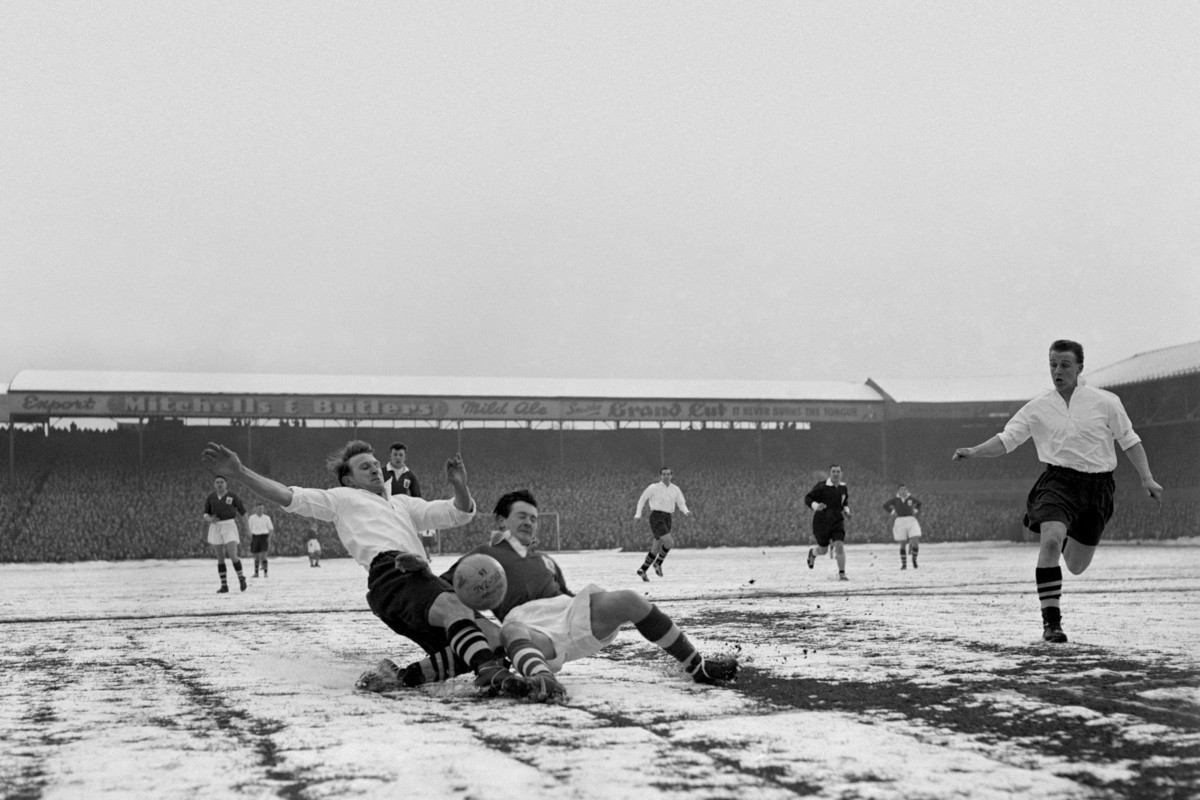 And with the longer distances teams were prepared to travel, came the rather obscure tradition of Christmas double-headers. This is where teams would face each other on Christmas Day, before squaring-up again 24 hours later. As well as providing plenty of opportunity for festive feuds to be carried over, like a family get-together, the matches would often see extremely odd score lines as sides didn’t have to wait long for the opportunity to exact revenge. Heavy defeats were often avenged or reversed as the form book was thrown out of the window like an old Christmas tree in a lay-by.

In 1914, Oldham Athletic played out a 1-1 draw at Bradford Park Avenue, then on Boxing Day hammered them 6-2 at home. While the Sheffield Owls beat Tottenham Hotspur 3-2 at home, before being defeated 6-1 in North London 24 hours later. In an era when nearly all players drank and smoked, you can’t help but wonder if a little too much Christmas spirit was behind these strange scorelines.

Between the two World Wars, Christmas Day football grew in popularity and it wasn’t unusual for children to receive tickets for games as presents from relatives, maybe looking for a little peace and quiet themselves? For the many thousands of fans that did venture out on December 25th, they were rarely disappointed as teams often served up something of a festive treat for this, the most wonderful time of the year. 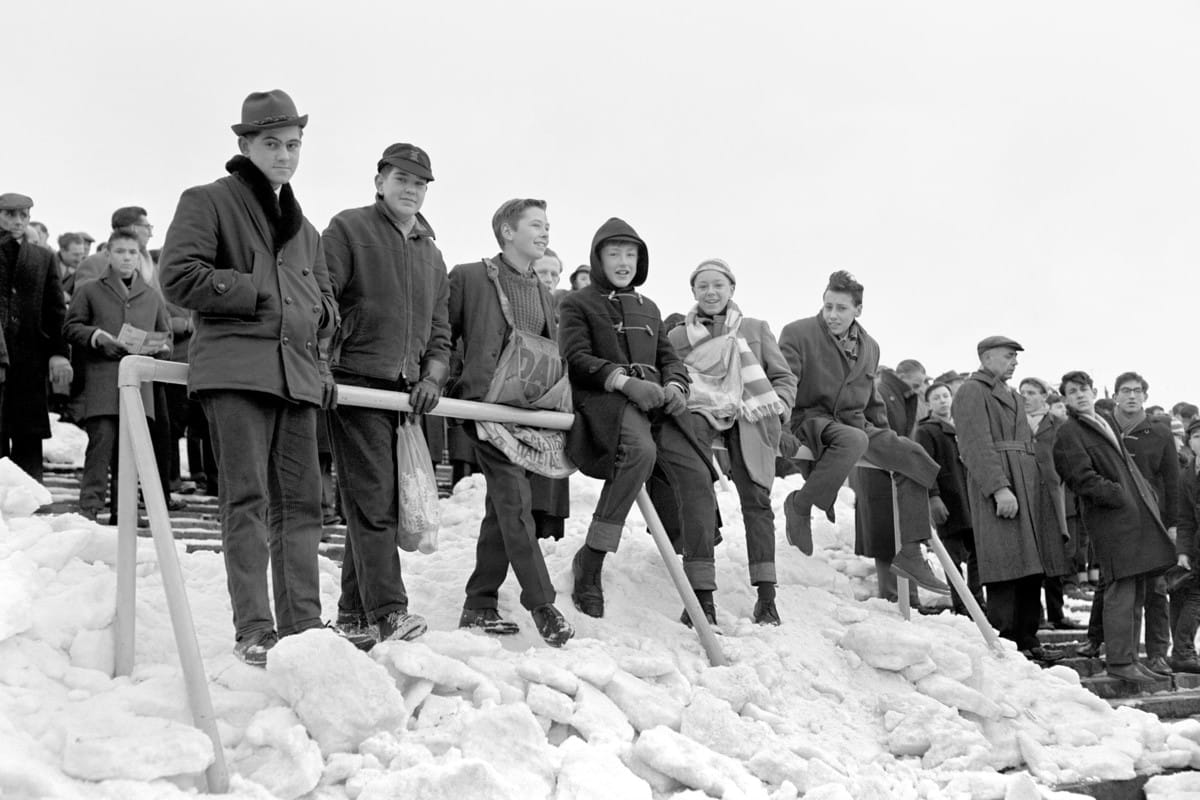 Meanwhile, Norwich faced a Brighton & Hove Albion team that could only muster five players and had to put together a starting eleven which contained reserve players and volunteers from the crowd. So it was no surprise when they lost 18-0

Several teams actually played two games that day, with the craziest of double headers being the clash between Leicester City and Northampton Town. The Foxes lost 5-2 at Northampton in the morning and then recovered from this heavy defeat to beat their opponents 7-2 back at Leicester that afternoon — no doubt after a hearty lunch.

In 1949, over three million fans attended the Football League’s annual Christmas programme, with three sets of matches being played over a four-day period. Fans often joined together to sing carols before the match and shared a little festive spirit in the form of cigars, sweets, fruit and brandy on the terraces.

But as the country began to move out of the post-war era and entered the more optimistic days of the 1950s, there was less of a need for games to be played on Christmas Day itself. By now many grounds had erected floodlights, meaning that games could be played at night, and didn’t have to take place during the few public holidays that existed at the time.

By the 1950s, attitudes had also changed when it came to playing sport on Christmas Day. Public transport became less reliable so crowds started to dwindle as fans actually preferred to stay at home with their families, either that or they had no choice.

The final programme of games in England on December 25th was in the 1957-58 season, which saw Blackpool hammer Leicester 5-1; Manchester United beat Luton 3-0, and Sheffield Wednesday and Preston draw a 4-4 thriller. Chelsea beat Portsmouth 7-4, with a young Jimmy Greaves finding the net four times for the Blues that day. But the Boxing Day “curse” struck once again when the two teams met the following day at Fratton Park and Portsmouth ran-out 3-0 winners. 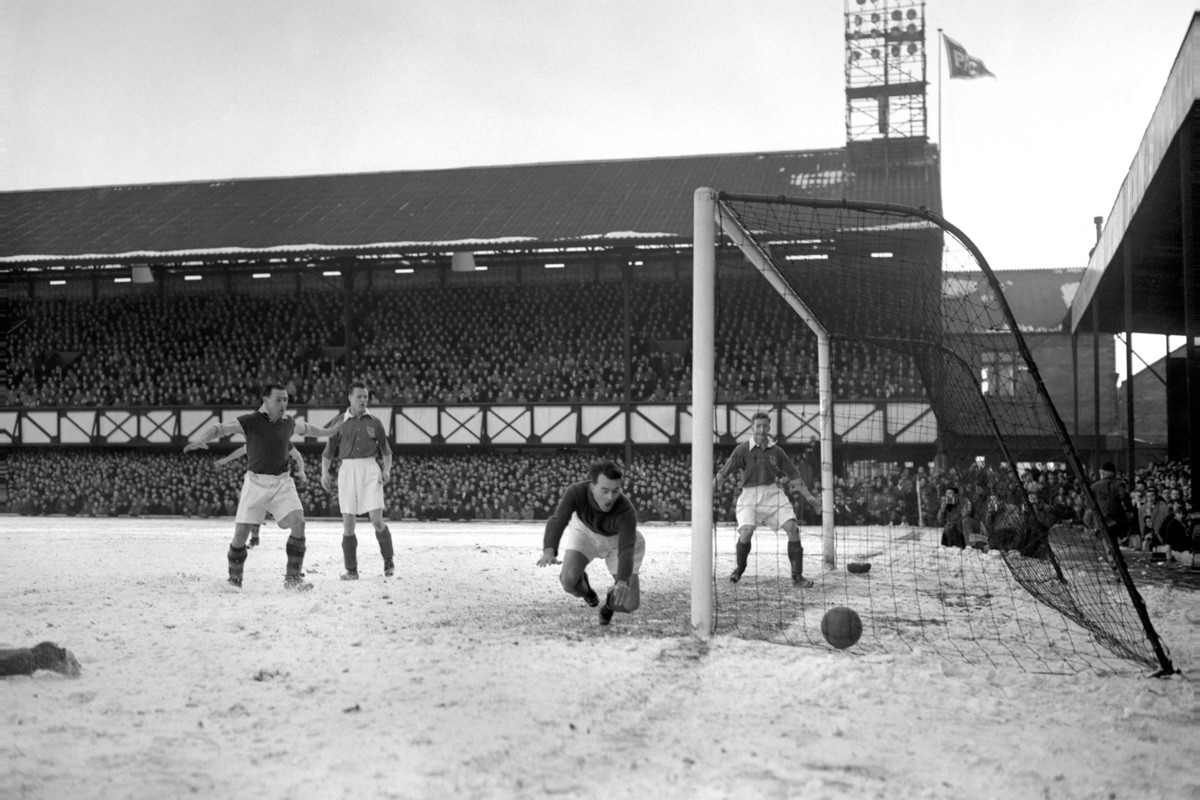 Christmas Day football was not so much of a tradition in Scotland, but fixtures were still fulfilled when the big day happened to fall on a Saturday, though poor weather conditions and a reluctance of players to play would often put pay to holiday matches. The last scheduled round of league fixtures was on Christmas Day 1976 as Clydebank and St Mirren drew 2-2 in the First Division and Alloa Athletic beat Cowdenbeath 2-1 in the second.

There was even a failed attempt to revitalise the tradition of Christmas Day fixtures as recently as 1983 when Brentford scheduled their game against Wimbledon for 11am on December the 25th.

It seemed like a good idea but the game was doomed from the moment that Brentford official Eric White claimed the fixture would be, “the perfect opportunity for the husband to go to football while the wives stay at home and cook the turkey.” Protests from women’s groups meant the club were forced to play the game on Christmas Eve with Wimbledon eventually winning 4-3.

With the clamour, particularly from foreign coaches, to reduce the Christmas programme, rather than increase it, the chances of a return to a full Christmas Day fixture list looks unlikely to say the least.

But, as we all know, it’s the television companies that call the shots these days. The Festive football programme means almost blanket TV coverage right across the holiday period, so what harm would one more day do? Particularly one where the majority of the nation are sat in front of the television.

In America it’s common to see huge audiences for traditional NFL and NBA matchups on Christmas Day, as friends and family gather round the television after lunch for a festive feast of sporting action between rivals like the Green Bay Packers and the Detroit Lons.

It’s as much part of the tradition there as watching Dr Who or Downton Abbey is in the UK.

We can only guess at how many people would be keen to watch Chelsea v West Ham United or Manchester United v Liverpool on Christmas evening with a glass of wine in hand after gorging themselves at the dinner table earlier in the day. Obviously there would be dissenters but it’s fair to say there would probably be plenty in favour too.