Its objective was to mix superstar signings, such as Zinedine Zidane, with graduates of the club’s youth academy, such as Francisco Pavón.

But the ‘Pavónes’ were quickly forgotten about as Perez set about restoring the Spanish giants to a level of renown they had not had since the 1950s, when they won five successive European Cups with help from icons such as Alfredo Di Stefano, Ferenc Puskás and Raymond Kopa.

Having taken the Real Madrid presidency in 2000, Perez would soon make a habit of bringing in one huge name per summer. One of his campaign promises was that, were he to be elected, he would sign Luís Figo from fierce rivals Barcelona.

He made good on his promise and followed up the move with the signings of Zidane, Ronaldo and David Beckham in the years that followed.

These were not merely signings, however. They were events. For a brief period each year, the footballing world would turn its attention to Real Madrid. The players were expensive but the shirt sales were bountiful. Soon, ‘Zidanes y Pavónes’ made way for another neologism: ‘Galacticos’.

Perez’s first presidency would last until 2007 and in that time a number of players arrived at the Santiago Bernabeu to great fanfare. Some went on to become legends, the very definition of Galacticos. Others faded quickly into the background of the club’s history.

Here Football Whispers rates nine of the original Galacticos based on their superstar status, quality of performance, and achievements with Real Madrid. 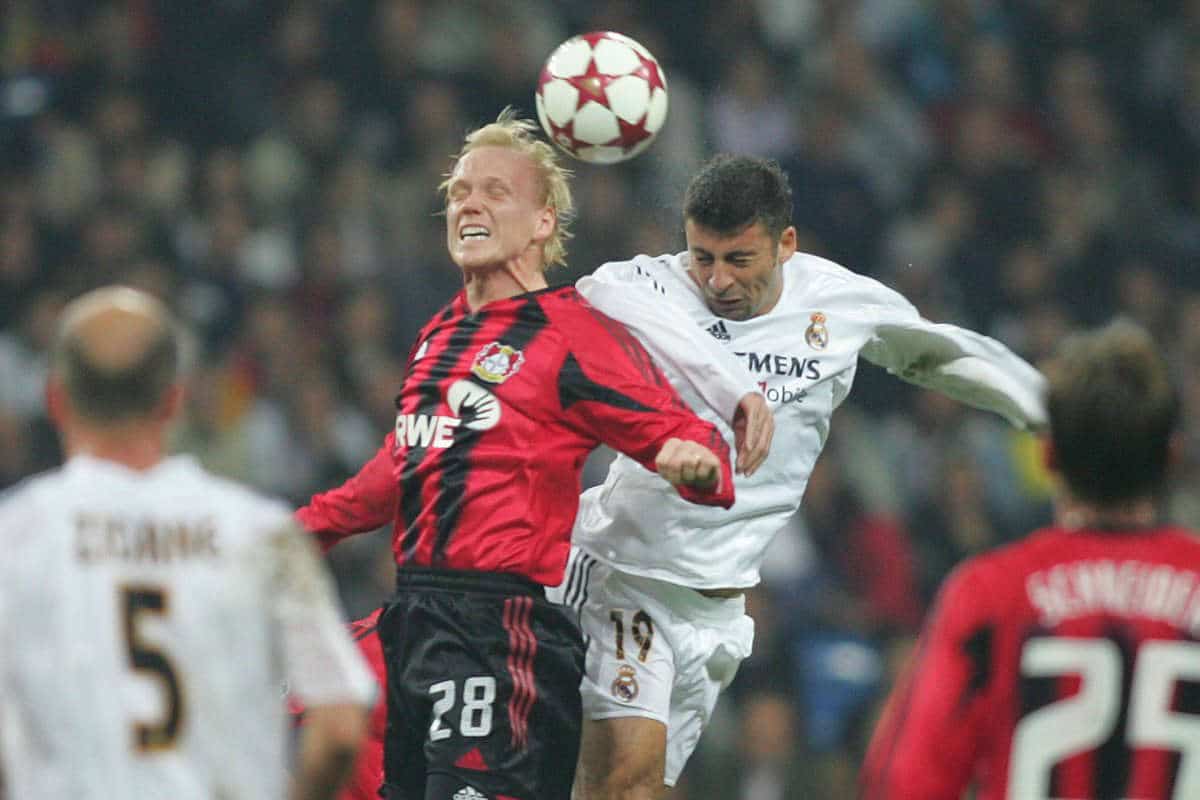 A Scudetto winner with Roma in 2001, Samuel was seen as one of the best centre-backs in the world when he signed for Real Madrid in a €25 million deal. However, he lacked the star power of his team-mates.

Samuel struggled to settle in Spanish football, lasting just one season before returning to Italy and resurrecting his career with Inter Milan.

During his brief time at Real Madrid, the club finished second in La Liga and failed to get to the Champions League’s quarter-finals for the first time in a decade. Not a single trophy was won.

Winner of the Ballon d’Or in 2001, Owen had been one of the Premier League’s most consistent scorers for much of the decade prior to his joining Real Madrid in 2004.

After taking a few months to adjust, Owen ended up with a strong strike rate. He found the net 16 times in his one and only campaign, one of which came in a win over Barcelona. But he was never ever to claim a regular starting spot.

Arriving and leaving in the same summers as the aforementioned Samuel, Owen’s spell in Madrid was a disappointing, trophy-less one. 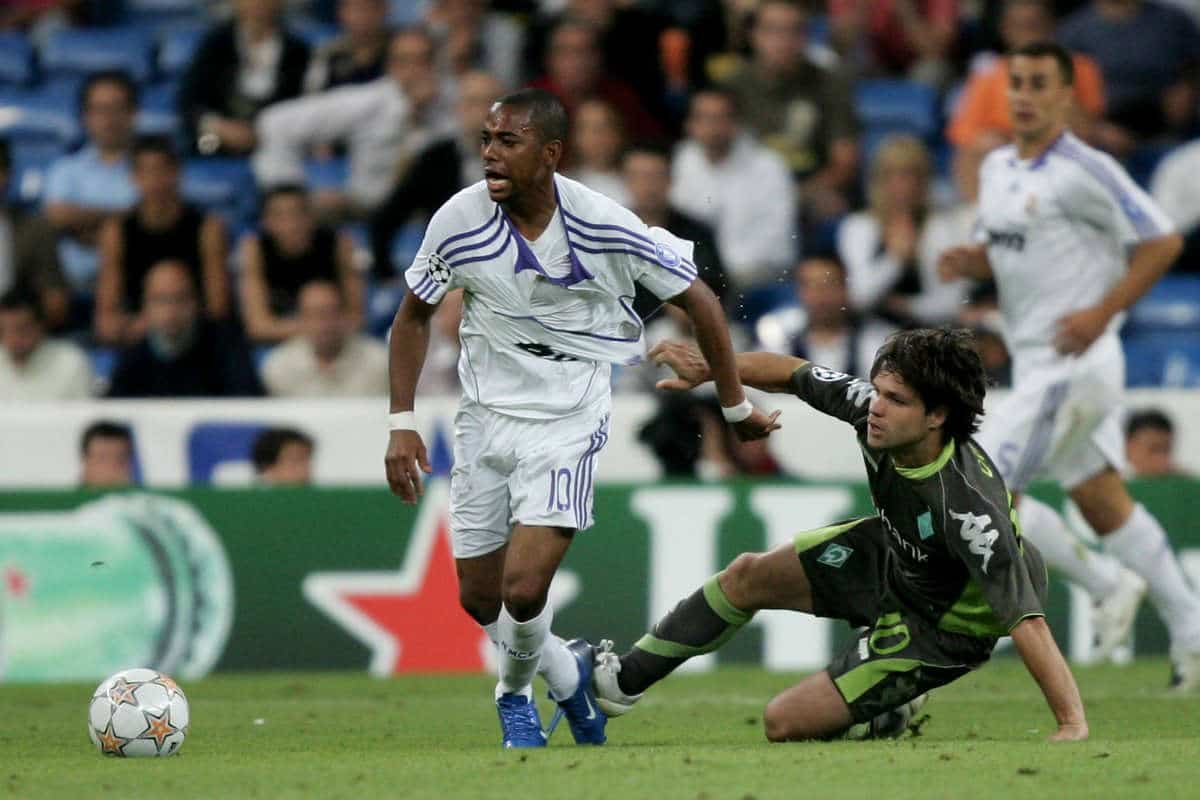 READ MORE: IS IT TIME FOR NACHO TO BECOME A STARTER AT REAL MADRID?

Along with Diego, Robinho was one of the stars in a Santos side filled with exciting talent in the early 2000s. He was an established Brazil international by the time he signed for Real Madrid, where he was handed the No.10 shirt that had previously adorned Figo.

Evidently gifted with the ball at his feet, doubts surrounded Robinho’s attitude throughout his stay in the Spanish capital. He hit double figures in two of his three seasons with the club but never quite lived up to the hype.

Robinho would win two league titles during his three seasons at Real Madrid but his time with the club did not include a serious Champions League tilt.

Signing for Real Madrid in the same summer as Figo, it’s fair to say Makélélé’s arrival was slightly overshadowed. The Frenchman was a highly regarded player but, as an efficient defensive midfielder, glamorous he was not.

Without the flair of his peers, Makélélé’s role in the Real Madrid era was nonetheless hugely significant. His defensive work and passing was the platform from which the star attackers did their best work. Subsequently, Makélélé almost became a Galactico by proxy.

During his three years with the club, Real Madrid won two league titles and one Champions League. Following Makélélé’s departure it would take them four years to win another league and 11 to win European football’s top prize.

A handsome worldwide icon and a brand in his own right, Beckham had the requisite persona for Perez’s Galacticos. He had also been a key part of Sir Alex Ferguson’s Manchester United in the 1990s and early 2000s and was the England captain.

Beckham’s arrival came in the same transfer window as Makélélé’s departure, something that only served to highlight the tactical dysfunction caused by his signing. Real already had a right winger in Figo and Beckham – for all his technical ability – was never a natural fit for the team.

In the last of his four years with the club, Beckham finally lifted a major trophy with Real Madrid, clinching La Liga in 2007. 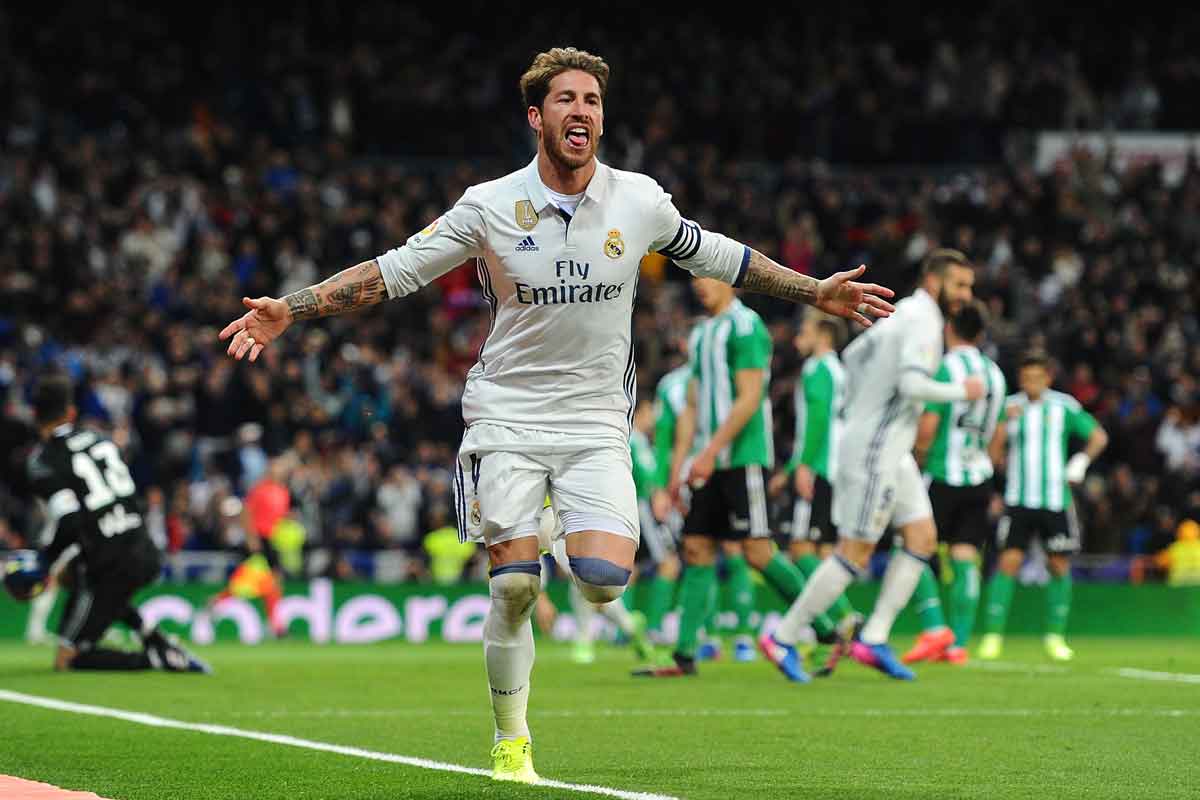 After just one season in Sevilla’s first team, Sergio Ramos joined Real Madrid in a €27 million deal that made him the most expensive teenager in Spanish football history. Immediately he was given the No.4 shirt that previously belonged to fellow centre-back and club legend Fernando Hierro.

Moving from right-back to centre-back, Ramos gradually asserted himself not just as one of the best defenders at the club, but in the world. He would also crop up with crucial goals in the Champions League finals against city rivals Atlético in 2014 and 2016.

Few players can match Ramos for achievement. He is the only player on this list to remain with Real Madrid, where he is now in his 12th season. In that period he has won three league titles, two Champions Leagues and multiple other trophies.

Ronaldo was the star of the 1990s, where he scored frequently for Barcelona and Inter Milan before injuries struck him down in his prime. After a successful comeback in 2002 that included leading Brazil to World Cup glory, he became a Real Madrid player.

With his combination of pace, power and explosive finishing, Ronaldo was virtually unstoppable for the first three years of his Real Madrid career.

His hat-trick against Manchester United at Old Trafford in the Champions League was arguably the high point as his last two seasons at the Bernabeu were disrupted by injuries and weight gain.

Ronaldo’s goals powered Real Madrid to the league title in his debut season, though the Champions League would prove elusive.

A World Cup winner with France in 1998 and Ballon d’Or winner in the same year, Zidane was seen as one of the best attacking midfielders in Serie A before leaving Juventus for Real Madrid in a record-breaking £46 million deal.

Zidane’s invention and eye for the spectacular were absolutely pivotal to Perez’s ambitions. His famed pirouettes and stunning goals, including a volleyed winner in the 2002 Champions League final against Leverkusen, epitomised Real Madrid at the time.

Zidane won La Liga and the Champions League in his first two years with the Madrid giants, helping to cement the Galactico policy in the process. 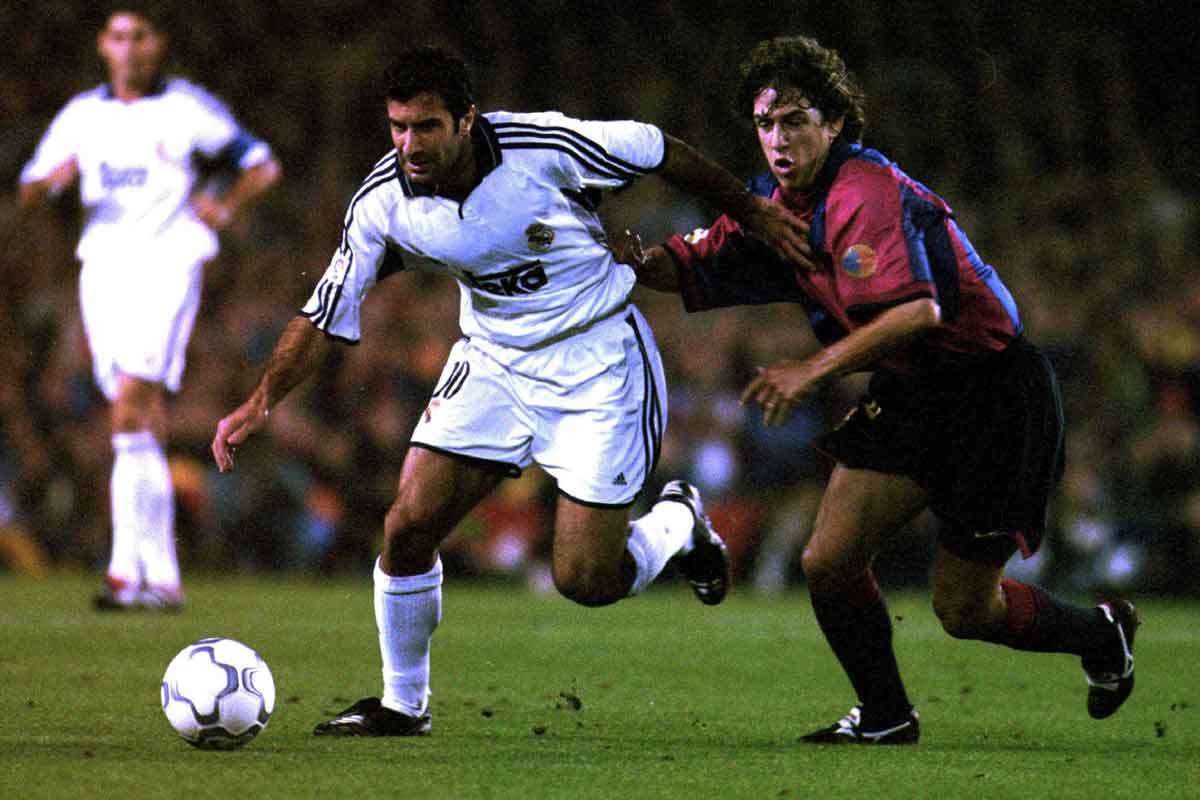 Before joining Real Madrid, not only was Figo one of the world’s best players, but he was a Barcelona legend. In crossing a divide few would dare even contemplate, the Portuguese became the original Galactico.

An exceptional dribbler with quick feet, skill in abundance and accurate crosses, Figo hit double figures in four of his five seasons with Real Madrid, more than justifying the world record outlay paid to sign him.

Winning two league titles and one Champions League, only Ramos on this list can top Figo’s achievements as a Real Madrid player.