The history of Dutch football is a rich and fascinating one, with players, coaches and ideas from the Netherlands having had a profound influence on the world game.

From club sides to the national team, fans from around the world have regularly been wowed by a country that has at times punched above its weight in competing for continental and global honours.

The list below picks out the 10 best Dutch managers of all time. 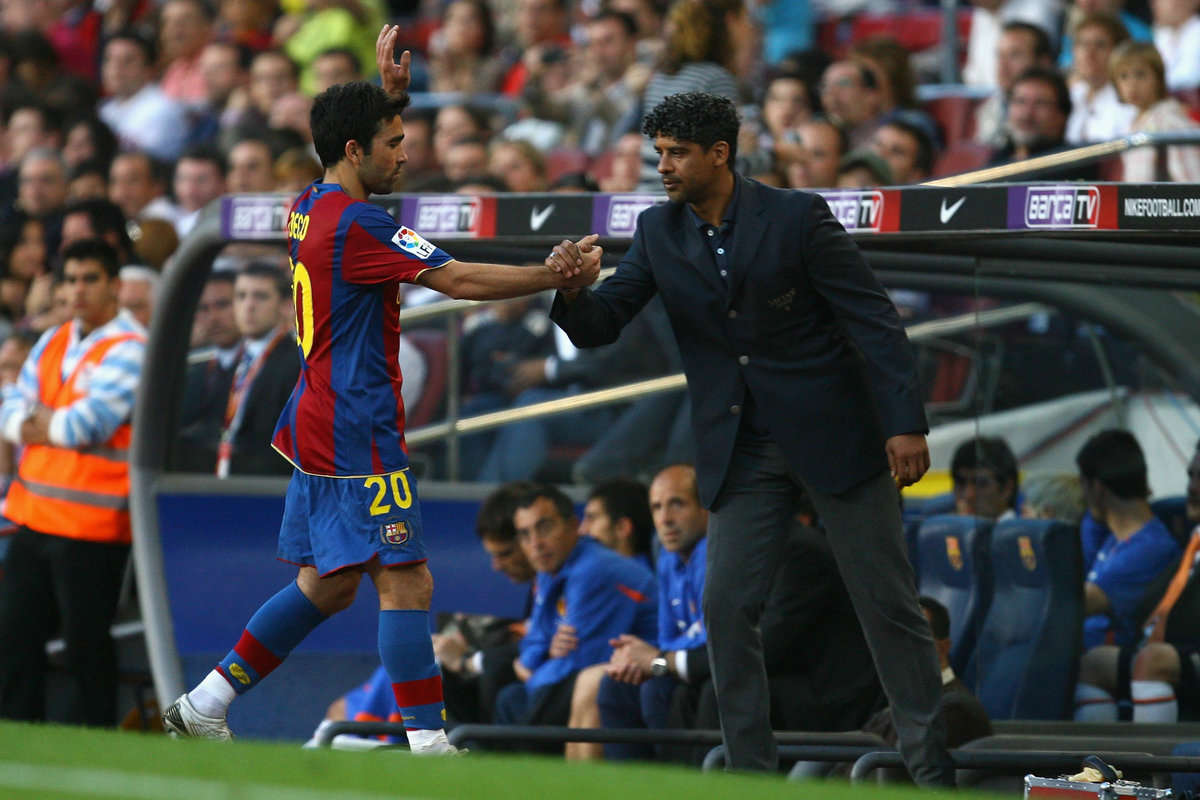 Rijkaard’s first step in management came as Netherlands boss, as the former Ajax and Milan man took charge of his country after the 1998 World Cup. The Dutch reached the semi-finals of Euro 2000 under his guidance, before an unsuccessful year at Sparta Rotterdam brought about De Kasteelheren’s relegation.

It may seem a little strange that Barcelona hired Rijkaard less than a year after that demotion, but the ex-Netherlands international was a major success at Camp Nou, helping the Catalans – who included Ronaldinho, Samuel Eto’o and a young Lionel Messi among their number – to their first La Liga crown in six seasons in 2005.

Barca then went on to retain the title and win the Champions League the following season, although subsequent stints in charge of Galatasaray and Saudi Arabia proved rather less fruitful. 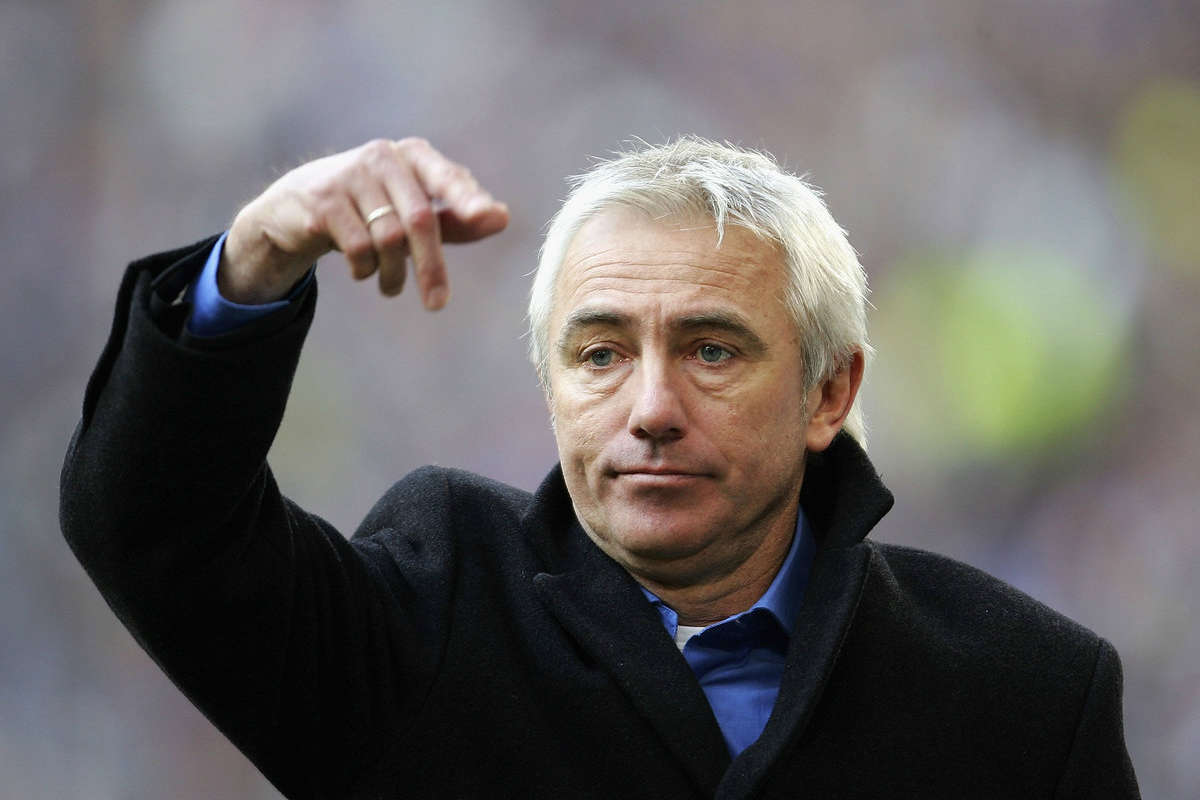 Van Marwijk has experienced plenty of downs as well as ups in his career, with the current Saudi Arabia boss having been dismissed by both Borussia Dortmund and Hamburg in the 2000s. The former midfielder is nevertheless deserving of his place on this list for his achievements with Feyenoord and the national team, which began at the start of the millennium.

The Rotterdam-based outfit finished as runners-up in the Eredivisie in his first year at the helm, before winning the UEFA Cup in his second (Robin van Persie made his professional debut for the club that season).

His most memorable moment came at the 2010 World Cup, though, with the Netherlands narrowly losing to Spain in extra time in the final. Van Marwijk’s pragmatic style of play was criticised by some Dutch supporters, but dragging an unfancied side that far in the tournament was an accomplishment worthy of respect. 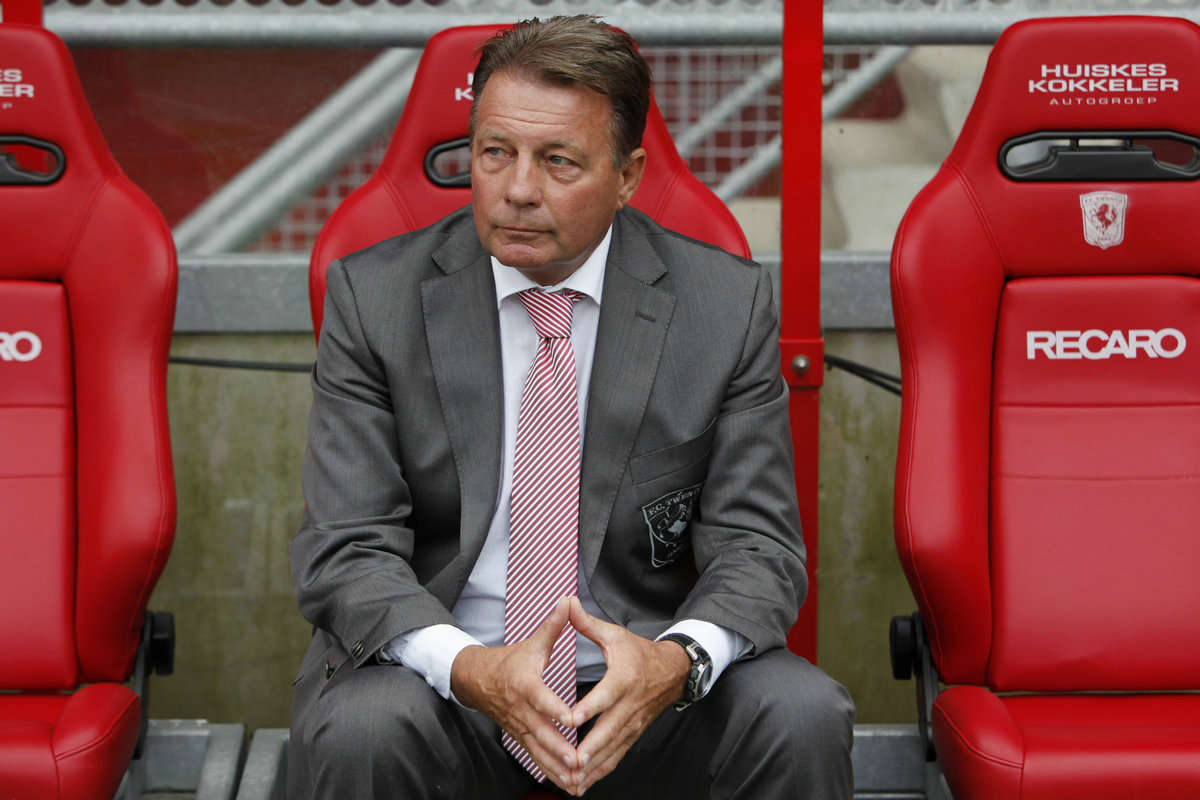 Adriaanse coached in five different countries during his 28-year managerial career, which began with a four-season spell at PEC Zwolle in the mid-to-late-1980s. He came to prominence with Willem II, though: Adriaanse led the unfashionable club to a second-place finish in the top flight, which saw them qualify for the Champions League for the first time in their history, while playing some fantastic attacking football.

Willem II may have finished bottom of their group, but the Amsterdam-born boss had greater success in Europe with AZ, whom he led to the last four of the UEFA Cup in 2005. A league and cup double with Porto followed in 2006, before Adriaanse spent time managing in Ukraine and Qatar.

De Mos hit the ground running when he first broke into management, winning three Eredivisie titles in his first job as Ajax boss in the 1980s. His methods proved transferrable to Belgium, too, as the now-retired coach led KV Mechelen to the First Division A title, a Belgian Cup, the Cup Winners’ Cup and the European Super Cup within the space of three seasons, then added another league championship to his list of honours at Anderlecht. 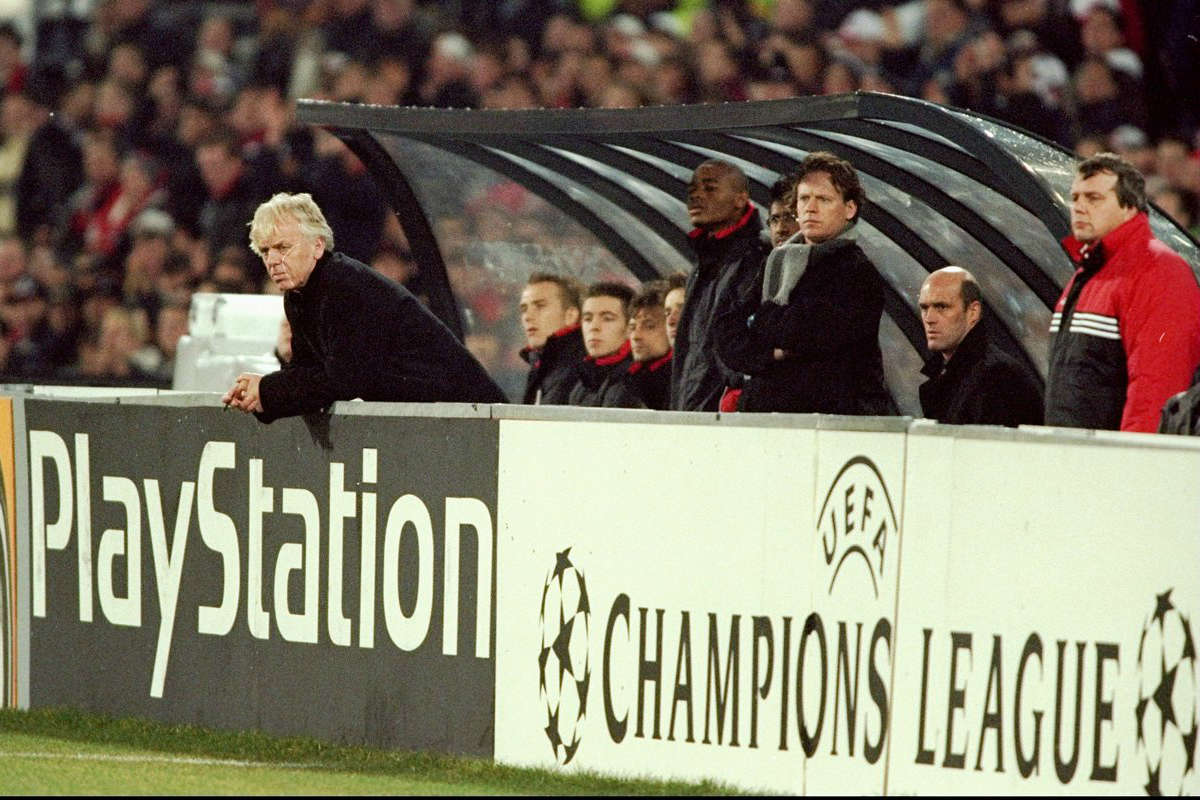 A glance at Beenhakker’s list of employers shows what a varied and distinguished managerial career the Dutchman has had. His first taste of glory came with Ajax in 1980, as the capital club added another league title to their trophy cabinet under his tutelage, but Beenhakker enjoyed most success at Real Madrid later that decade: his Los Blancos team won three consecutive La Liga championships and a Copa del Rey between 1987 and 1989.

A return to the Netherlands brought another Eredivisie title in 1999, this time with Feyenoord, before Beenhakker turned his attention towards the international game. Poland reached their first ever European Championship with the then-66-year-old in charge in 2008, while he also took Trinidad and Tobago to the 2006 World Cup. 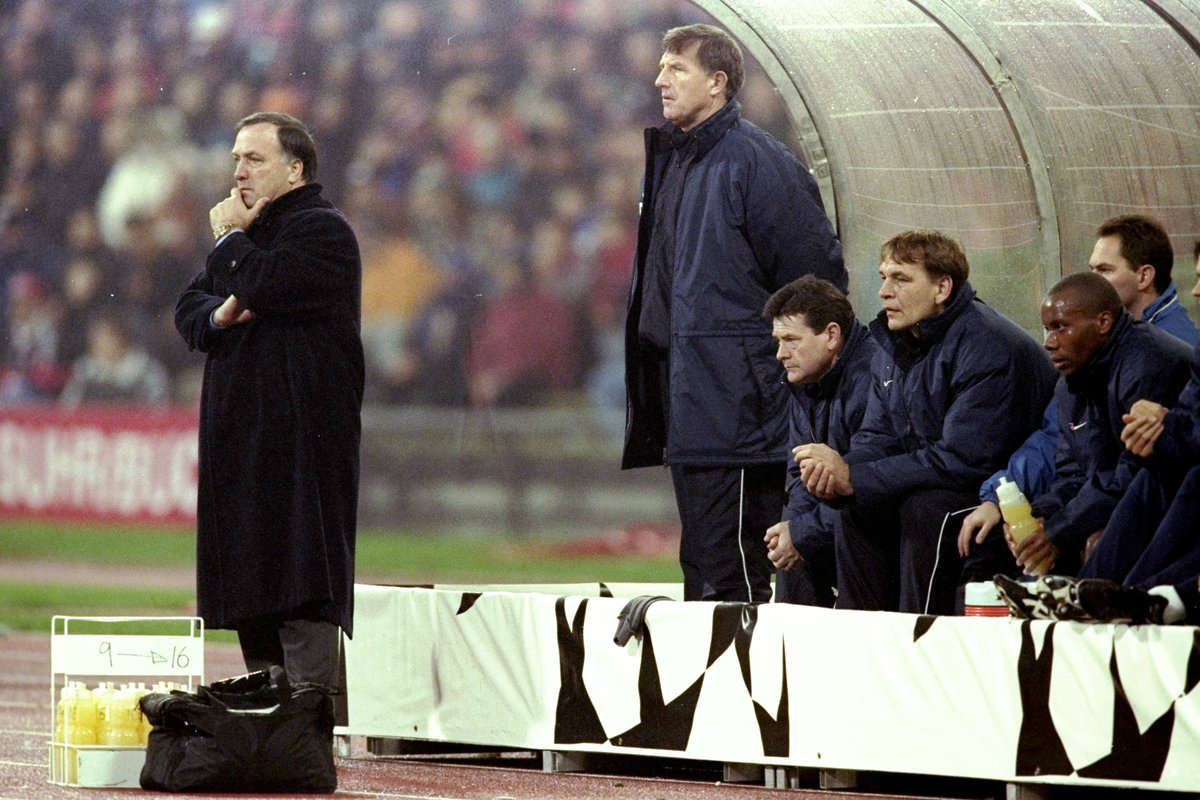 Advocaat was afforded the privileged position of being Rinus Michels’ Netherlands assistant between 1984 and 1987, although he had taken up his first managerial position by the time of Euro 1988. He was back with the national team in 1992, though — this time as the main man — but failed to guide the Dutch beyond the quarter-finals of the World Cup two years later.

Advocaat’s first major trophy was the DNVB Cup he won with PSV, who had a young Ronaldo to call upon up front, in 1996. He guided the Eindhoven outfit to the Eredivisie title the subsequent season, before claiming two leagues and three cups with Rangers in Scotland.

Another stint with the Netherlands followed, with Advocaat’s men reaching the semi-finals of Euro 2004, but his most successful time in management probably came with Zenit St Petersburg: between 2006 and 2008, the Dutchman won the Russian league, the Russian Super Cup, the UEFA Cup and the UEFA Super Cup.

Now in charge of Fenerbahce, Advocaat has also bossed AZ, Belgium, Russia, PSV, Serbia and Sunderland in the last decade. 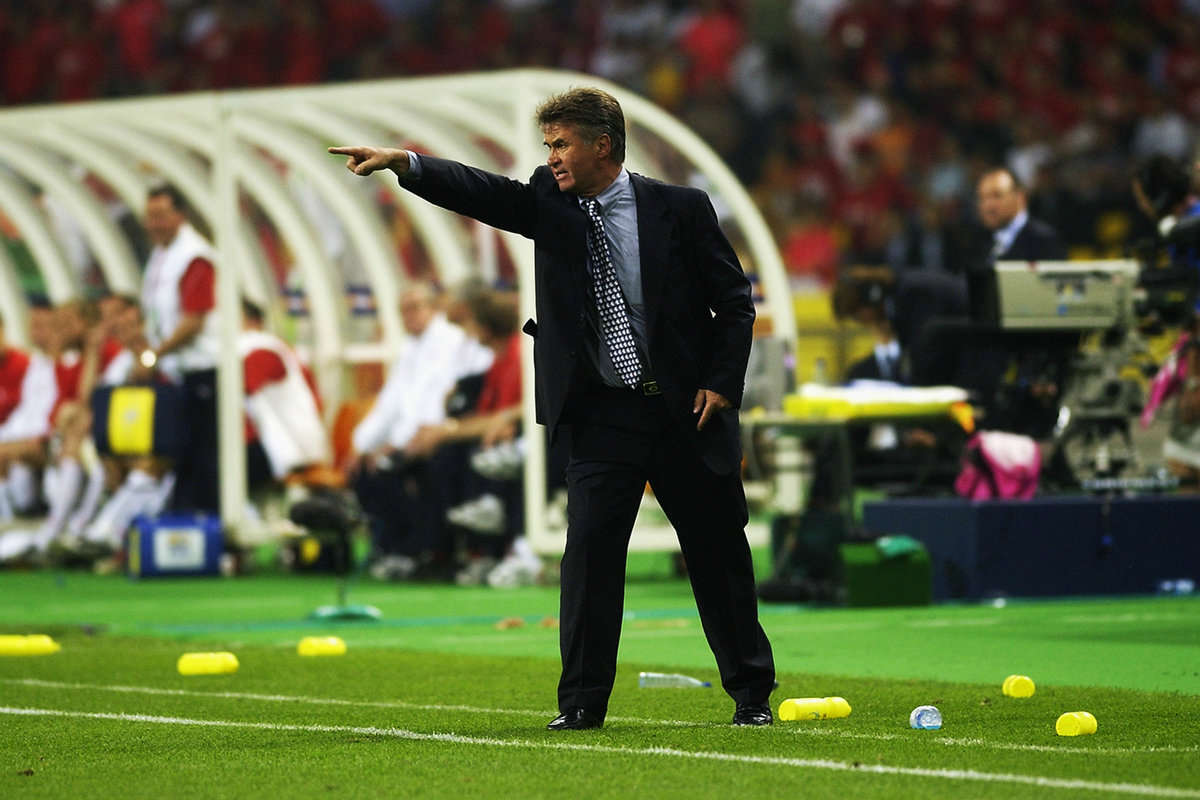 Hiddink spent just two unspectacular years at PSV as a player but wrote his name into club folklore with his work as their manager, winning six league titles, four KNVB Cups and the European Cup across two spells at the Philips Stadion. He also had a brief spell as coach of Real Madrid in the late 1980s and did a commendable job in two stints as Chelsea’s interim boss, but away from PSV Hiddink’s greatest accomplishments came on the international stage.

His first national team role came with the Netherlands, who were just one victorious penalty shoot-out away from reaching the final of the World Cup in 1998. Hiddink then remarkably took co-hosts South Korea to the last four in 2002, before also achieving Australia’s best-ever World Cup finish as they reached the knockout stage in Germany four years later.

His Russia side entertained the continent on their way to the semi-finals of Euro 2008 too, but 18 months in charge of Turkey and a second spell with the Netherlands proved less successful. 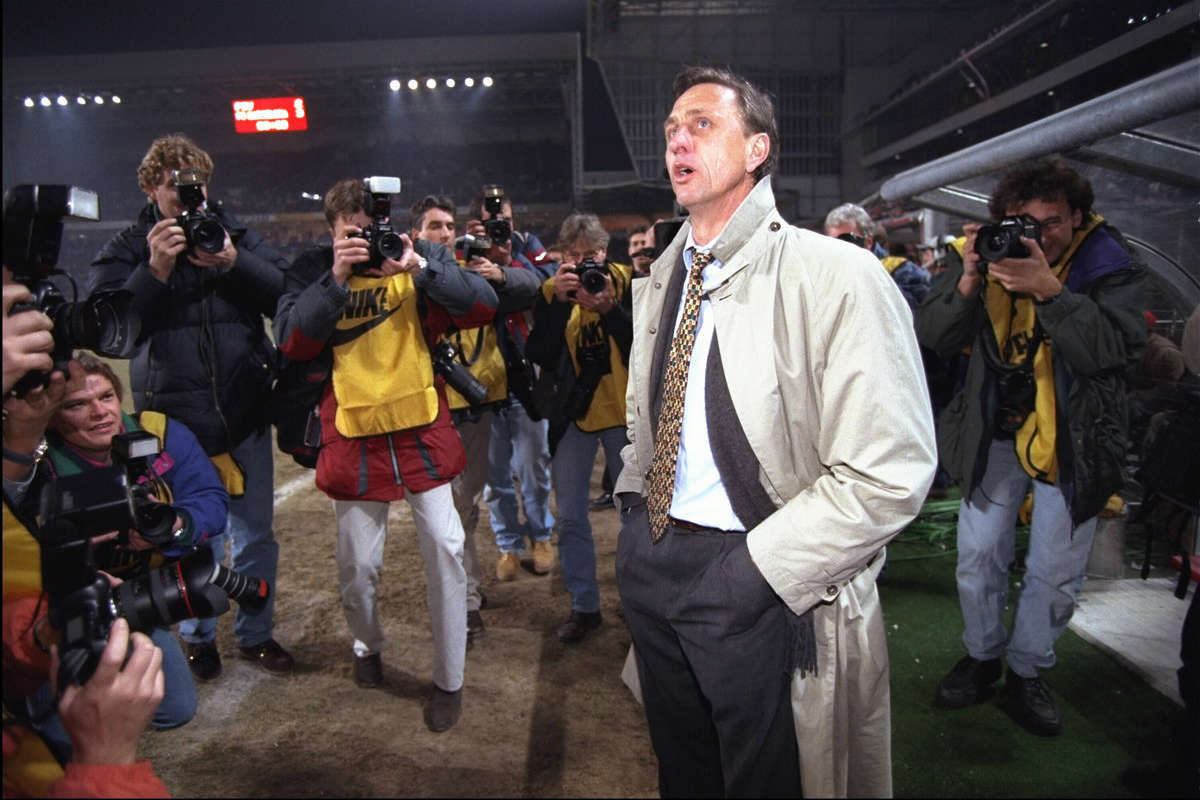 Not only was Cruyff one of the greatest players the world has ever seen — and arguably the best of all time from Europe — he was a highly successful manager, too.

The former forward always had strong views on the way football should be played, and he duly implemented his philosophy at Ajax in the mid-1980s. The Amsterdam side won two domestic cups and the Cup Winners’ Cup under their greatest ever player, before Cruyff moved to Barcelona and added four La Ligas and the Champions League to his medal collection.

Even more significantly, Cruyff imbued the Catalan club with an identity and style of play which formed the foundation of their later success under Louis van Gaal, Rijkaard and, chiefly, Pep Guardiola. As the Manchester City manager once said during his time at Camp Nou: “Cruyff painted the chapel, and Barcelona coaches since merely restore or improve it.” 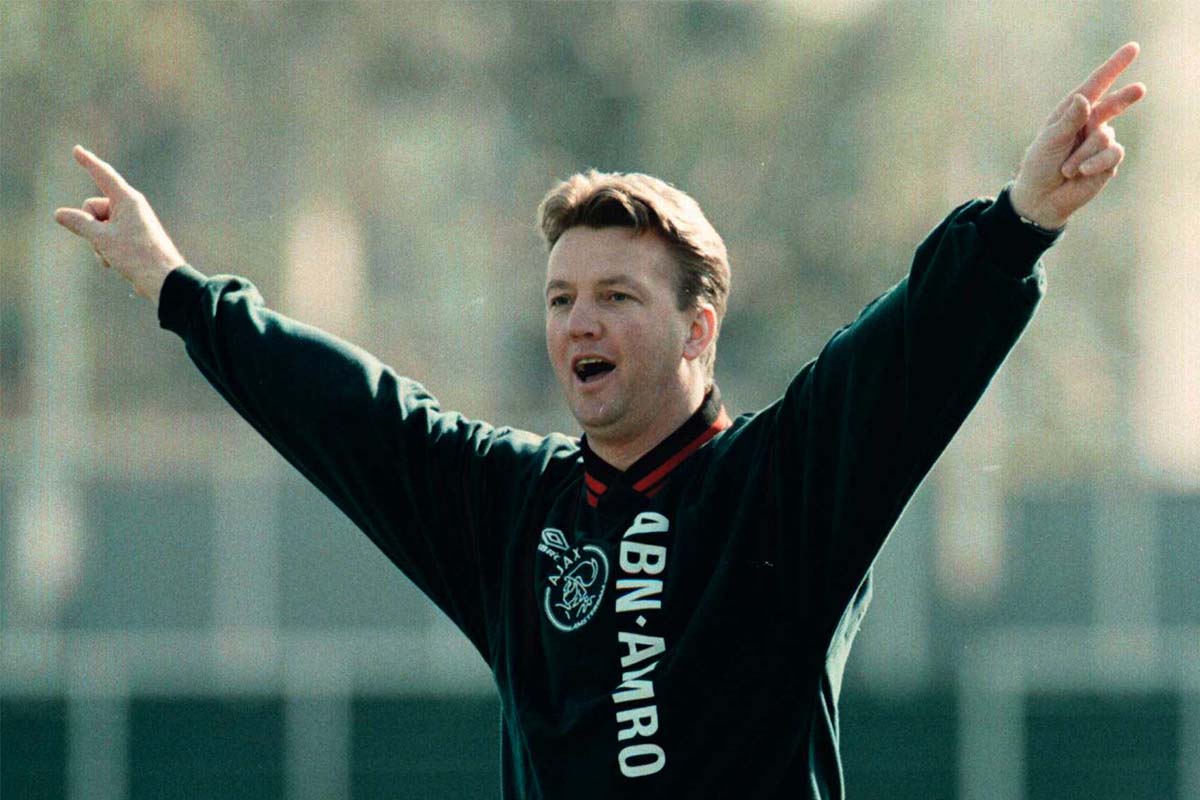 Van Gaal may have struggled in his most recent post at Manchester United, winning just one FA Cup in his two campaigns at the helm, but he is undoubtedly one of the greatest managers of his generation.

He then went on to win two La Ligas as coach of Barcelona, before failing to take the Netherlands to the 2002 World Cup in Japan and South Korea. Van Gaal restored his reputation with a surprise Eredivisie triumph as AZ boss in 2009, an achievement which earned him the Bayern Munich job. He won the Bundesliga in Bavaria and also led the German giants to the 2010 Champions League final.

Van Gaal was then handed another opportunity with his country, and this time he did not disappoint: the Dutch thrashed holders Spain 5-1 on their way to the semi-finals of the 2014 World Cup. 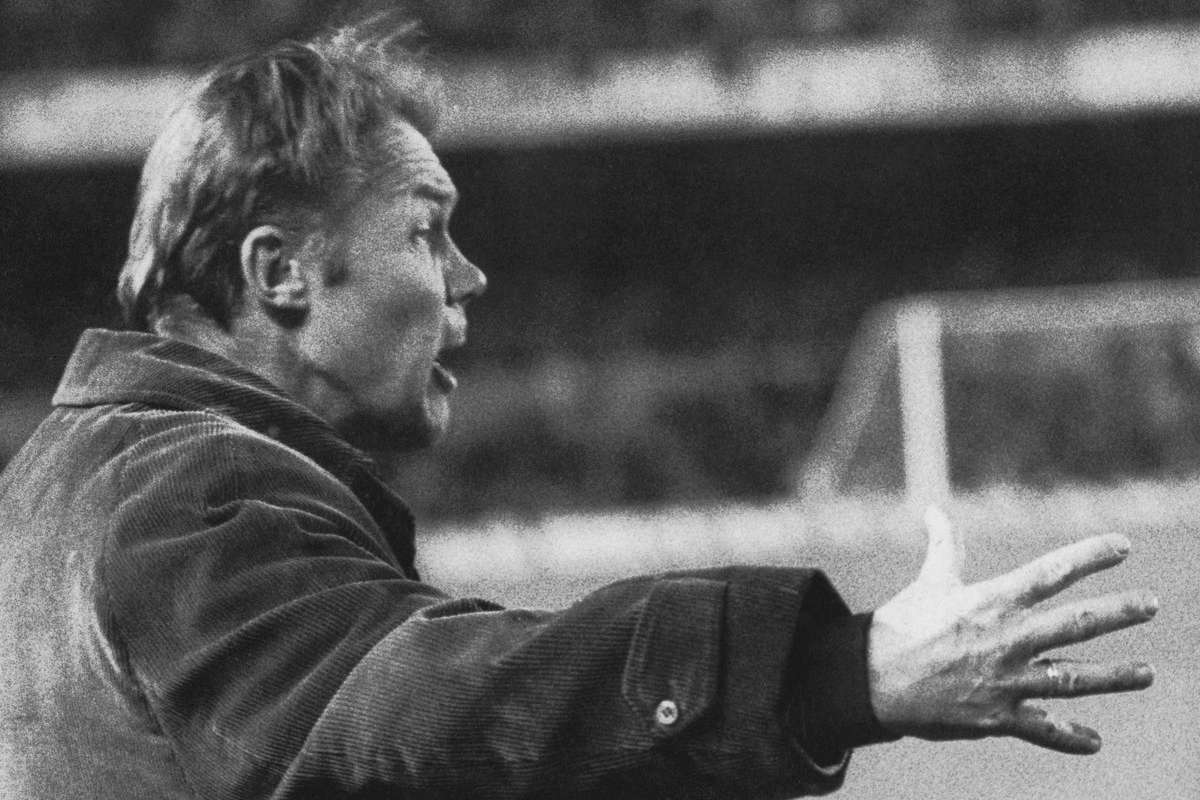 Some coaches are heralded for the sheer amount of silverware they won during their careers, while others are lauded for the influence they had on the way football is played. Michels, the architect of Total Football who triumphed in competitions in three different countries and at international level, is one of very few managers with a foot in both camps.

Michels transformed Ajax from Eredivisie strugglers to Eredivisie champions in the 1960s, guiding a team which contained the likes of Cruyff and Johan Neeskens to four league titles, three KNVB Cups and the European Cup. It was during this period that he introduced the totaalvoetbal concepts which remain synonymous with the Dutch more than half a century later.

Michels then led Barcelona to the La Liga title in 1974, before winning the DFB-Pokal with Koln nine years later. His crowning glory came in 1988, when he ended the Netherlands’ trophy drought at the European Championship in neighbouring West Germany.