For over 40 years, the England goal was extremely well guarded.

First came Gordon Banks, one of the finest stoppers of all time. He was followed by Peter Shilton, who remains the Three Lions' most-capped player. And finally, there was David Seaman, “Safe Hands” himself.

Yet it's been almost 15 years since the former Arsenal stopper called time on his career and in that period, no goalkeeper has been able to hold onto the No.1 shirt for a prolonged spell.

David James had his moments. Paul Robinson, too. And there was a spell, around Euro 2012, when Joe Hart was considered among Europe's best. But his sharp decline meant the position opened up once more.

Jordan Pickford was the man to claim it. Still only 24 years old, the hope is the Everton star will establish himself between the posts for years to come. Yet if recent history has taught us anything, it's that there are no guarantees when it comes to England goalkeepers.

So who are likely to be the challengers for Pickford's crown? Who will be ready to wiggle on his gloves if the former Sunderland man's form wobbles?

We decided to answer that question and have identified five future England goalkeepers who could become the Three Lions' next No.1.

Gunn, while only one year younger than Pickford, is most likely to usurp him in the battle of the England goalkeepers.

The 23-year-old, son of former Norwich City stopper Bryan Gunn, honed his craft in the Canaries' academy before being poached by Manchester City in 2011.

He spent six years with City and was regularly on the substitutes' bench during the 2016/17 campaign. However, with Pep Guardiola favouring Claudio Bravo and then Ederson, Gunn return to Norwich on loan for the 2017/18 season.

During his spell at Carrow Road, he was called up to the England squad to replace the injured Jack Butland. He also trained with the Three Lions squad prior to the 2018 World Cup.

Last summer, there were reports Gunn would be loaned out to Leeds United, Guardiola ready to do a favour for Marcelo Bielsa. Yet the young goalkeeper decided he needed a permanent move away from the Etihad and signed with Southampton for £13.5million.

“Norwich was great for me,” he said in an interview with . “It gave me a massive confidence boost and made me want more and more. That is part of the reason I decided to leave City, I wanted game time.”

He had to bide his time at St Mary's but the arrival of Ralph Hasenhüttl saw him handed his Premier League debut against Chelsea. Gunn kept a clean sheet at Stamford Bridge.

“I am very happy with him,” Hasenhüttl said after the game. “It was important for me to see what we had in the goalkeeper position and that was an amazing step for him.”

Gunn, barring two FA Cup appearances, has since returned to the bench. However, he has proven himself capable of impressing on the big stage, and if Southampton won't offer him regular first-team football, another Premier League side will. A big summer awaits.

After he was part of the England Under-20 side which clinched the 2017 World Cup, much has been expected of Woodman on Tyneside.

Signed from Crystal Palace in 2013, the young goalkeeper was given first-team exposure out on loan at Crawley Town, Kilmarnock and Aberdeen. The latter was a switch he pushed for; he wanted the platform to prove himself to Rafael Benítez. 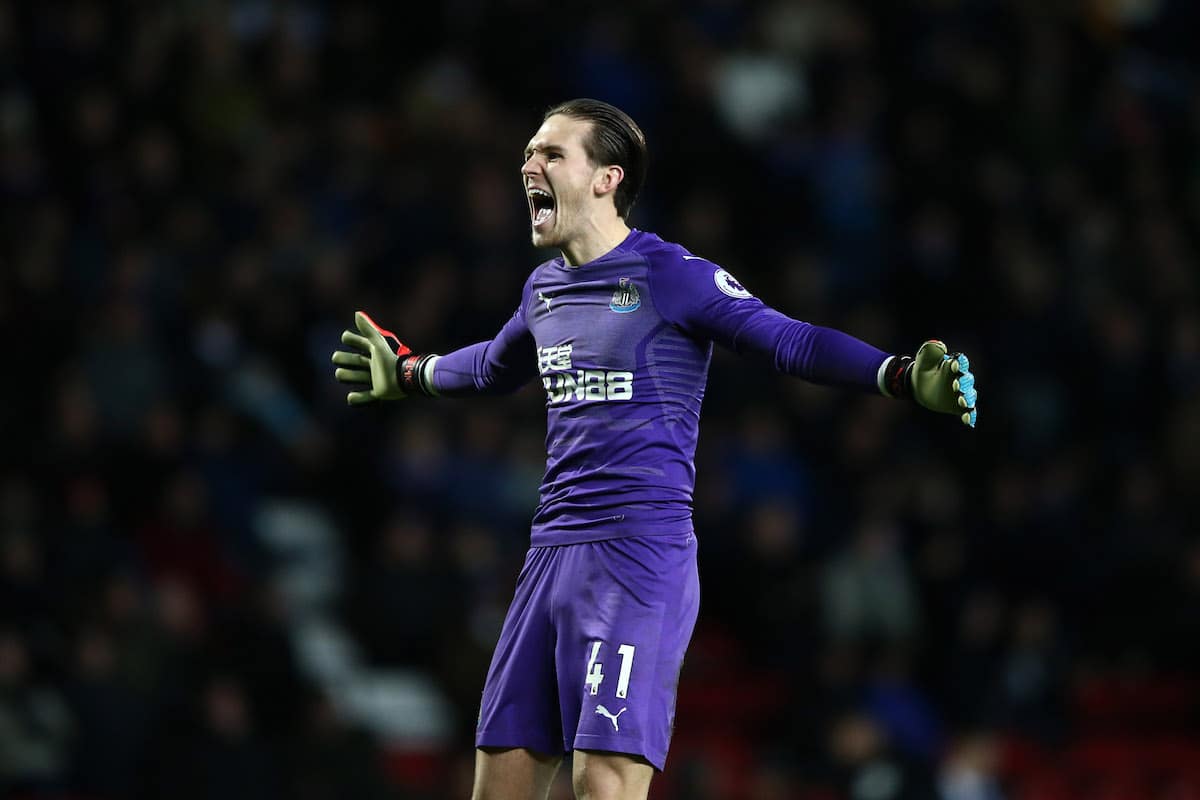 “I want to play football matches because that’s when I’m at my happiest,” he told the Evening Express in March 2018.

“Hopefully if I can do well here and go back to Newcastle, I’ll see what’s in store for me there. I’m always pushing myself and always pushing the management team to start and play games because that’s when I’m happy.”

This season, Woodman has been promoted to Newcastle United's No.2 goalkeeper and featured in all three of the Magpies' FA Cup games.

“He’s doing really well,” Benítez said. “He’s happy because now he’s No.2 and is training well. He has a great future.”

Woodman is currently second choice to Martin Dúbravka, one of the most shrewd additions Benítez has made during his time in charge of Newcastle.

However, mistakes have recently crept into the Slovakian's game and that may provide the 21-year-old with the opportunity he needs to become the club's No.1.

He may only be 21 years old but Henderson has a wealth of expereince under his belt after loans at Stockport County, Grimsby Town, Shrewsbury Town and now Sheffield United.

The problem is, though, back at Old Trafford a certain David de Gea stands between him and the No.1 shirt.

“All I am focused on at the moment is getting promotion with Sheffield United to the Premier League,” Henderson said in November. “I am clear in my aims this season. The bigger picture looks after itself. If they [United] are not seeing what I am doing then that's their problem at the end of the day.”

It is a bullish attitude but Henderson has proven himself headstrong since arriving at Manchester United at the age of 14.

Not content to simply play development football, or sit on the substitutes' bench, last summer he only agreed to sign a new two-year contract on the proviso he'd be loaned out this season. 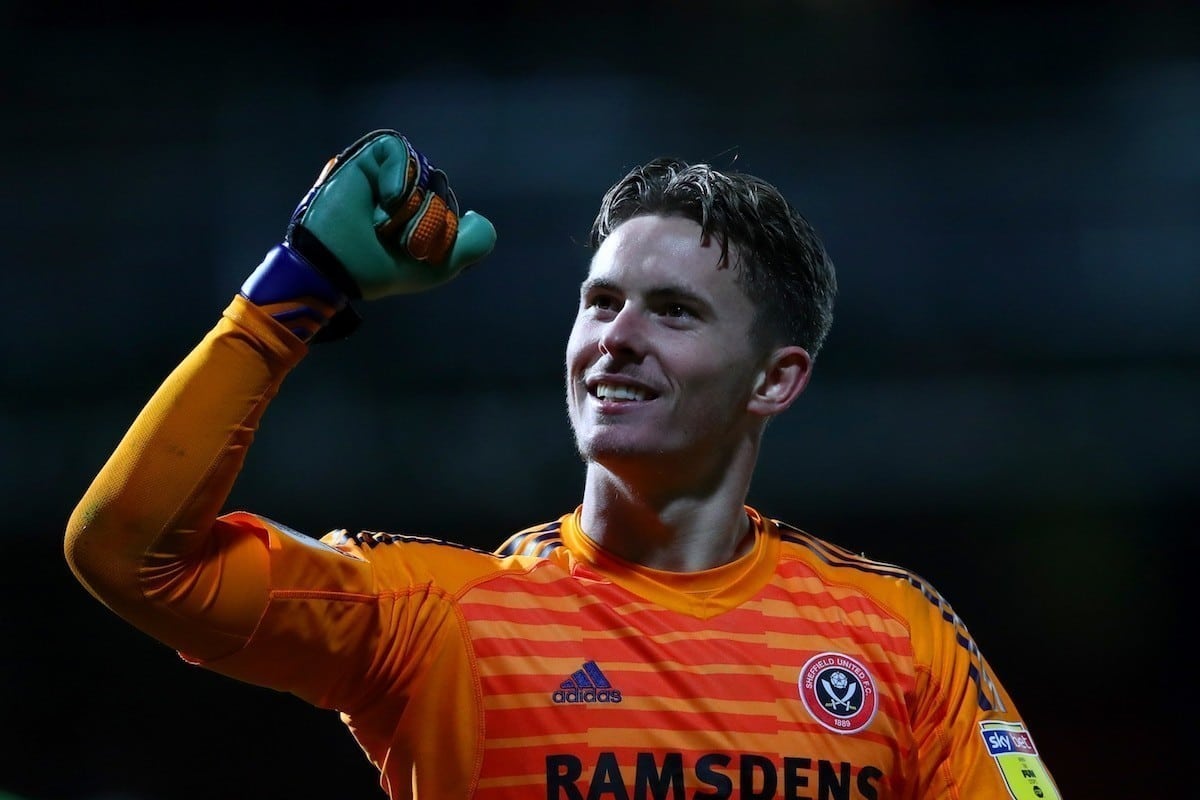 This summer the England under-21 international will have one year remaining on that deal. With interest from Premier League sides, and from clubs overseas, he is expected to leave Old Trafford.

And that could be the opportunity he needs to break into the Three Lions' senior set-up.

The young goalkeeper joined Stoke from AFC Wimbledon, for whom he'd been on the substitutes' bench, in the summer of 2017.

After the club's relegation last season he'd have perhaps expected to be incorporated into the first-team set-up, but with Jack Butland staying on the Potters allowed him to join Hednesford Town on loan.

Bursik impressed and in January was signed by Vanarama North side AFC Telford until the end of the campaign.

“I’ve got a good relationship with Stoke and he’s playing for England Under-19s, so he’s got a lot of potential,” the club's manager Gavin Cowen told the Shropshire Star.

“They wanted to send him here to develop and we’re really happy to have him. We’ve been pleased with him so far, and we’re excited to see how he does for us for the rest of the season.”

A regular member of England youth squads, and now playing regular first-team football, Bursik is on the right path to one day featuring for the Three Lions' senior side.

It takes a brave youngster to turn down the advances of Manchester United, Arsenal, Everton and Wolverhampton Wanderers, but that is what Crellin did in December 2017.

After being part of the under-17 squad which lifted the World Cup, interest in the goalkeeper quickly grew. Yet he decided his development was best served by staying with League One club Fleetwood Town and signed a new contract until 2020.

At the start of his season, he was the club's No.2 goalkeeper but joined FC United of Manchester in August on a youth loan. However, after ten games, in which the club won just once, Crellin was recalled by Fleetwood boss Joey Barton.

“The difficulty for Billy was that our team is doing really well, we are on a good run and he is a huge part of the England group,” Barton told the Blackpool Gazette in September.

“No disrespect to FC United but they are getting beat every week – I can’t see how that helps his development. I think it would be better for him at this moment in time to be around us.”

Crellin hasn't since been involved in a matchday squad but the England under-19 international is highly thought of at Highbury and is expected to make his senior debut within the next year.