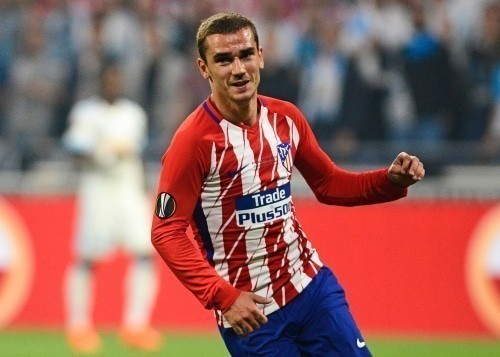 Atletico Madrid boast a long list of talented strikers in their current squad. This isn’t, however, a new phenomenon at the Spanish side. Atletico have enjoyed a constant stream of world-beaters in the final third over the years.

It’s perhaps impossible to even begin ranking the legendary strikers that have represented the club, given the fact they spent different periods of their careers there, and more importantly given the fact that Atletico have not always been among the upper echelons of Spanish football.

But all that matters is that the club can say they have looked after some of the world’s very best goalscorers. The late Luis Aragones remains the club’s top scorer of all-time, with 151 goals in 305 matches across a 10-year spell.

Sitting fourth in the list is Jose Eulogio Garate, who hit 199 goals in 267 games, from 1966-1977. Adrian Escudero and Paco Campos are also among the legendary forwards of the Atletico Madrid of old.

But which modern-day heroes come to mind when thinking of Atletico’s iconic strikers?

Fernando Torres undoubtedly sits right at the very top of the list when it comes to the club’s legendary strikers. The Spaniard was a product of Atletico’s youth team, with his ability coming to the fore very quickly, becoming captain aged just 19.

A phenomenal six-year spell came to an end when he joined Liverpool, but as all club legends do, Torres returned to Atletico late in his career to say a proper goodbye. His record stands at 128 goals from 390 matches. 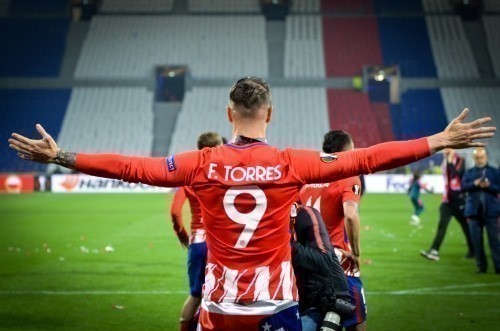 But before his time at Manchester City, the Argentine spent five years at Atletico Madrid doing what he did best; scoring goals. The striker was a huge fan favourite, with his clinical finishing helping the club to Europa League and UEFA Super Cup success. Aguero netted 101 goals in his 234 appearances there.

Not far behind Aguero in the club’s all-time scoring list is fellow South American Diego Forlan. A flop at Manchester United, the Uruguayan quickly put those bad memories behind him during his time in La Liga.

His initial success came at Villarreal, but Spanish football fans will remember him most fondly for his four years at Atletico. His veteran status helped nurture a young Aguero, as the pair fired the club to European success. The legendary striker hit a total of 96 goals in almost 200 matches for Los Colchoneros.

A slightly more formidable Diego than Forlan, Diego Costa boasts astonishing records in front of goal wherever he goes. This was no different during his multiple spells in the Spanish capital, where he endeared himself to the home supporters thanks to his superb finishing and aggressive approach to the game.

The Spanish international terrified La Liga defenders for many years, winning multiple trophies along the way. His honours list there includes two league titles, the Copa del Rey, Europa League, and three Super Cups. He managed 83 goals from his 216 matches at the club. 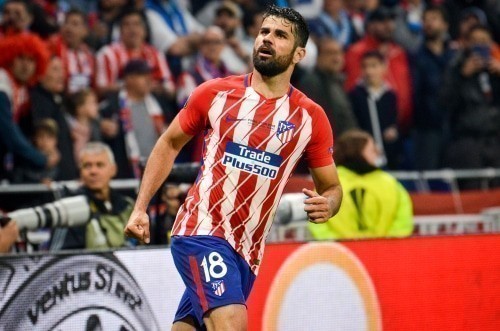 Radamel Falcao earned cult hero status at the club during his two seasons there. He has a Copa del Rey, Europa League and Super Cup to show for it, but his time in Madrid will be remembered for the phenomenal goals he scored, and indeed just how often they arrived.

Like Costa, the Colombian has largely been a massive hit across his various clubs, with the notable exception of his unsuccessful spell in England. Falcao hit 72 goals in 87 matches for Porto, 83 in 140 for Monaco, but saved the best for Atletico Madrid, with 70 goals in 91 games.

Amazingly, the list of iconic strikers to have represented Los Colchoneros doesn’t end there. Spain legend David Villa hit double figures in his one season there, and the same can be said for both Jimmy Floyd Hasselbaink and Christian Vieri. All three iconic forwards enjoyed a brief but hugely memorable spell at Atletico.

There are, of course, a handful of current stars doing their best to join such icons in the club’s list of legends. Antoine Griezmann is undoubtedly the first that comes to mind. The France international is enjoying his second spell at the club after a period at La Liga rivals Barcelona.

It didn’t quite work out for the forward in Catalonia, but he has been quickly forgiven by Atletico fans. And that’s because of his remarkable record for the club, with 141 goals from his 280 matches. He’s also been very versatile during his time in red and white, playing on both wings and as a second striker, but centre forward remains his most lethal spot.

Also with a hugely impressive record in the capital is teammate Luis Suarez. The former Liverpool man has 32 goals from 74 appearances. He is another to have played for Barcelona, but Atletico Madrid fans don’t mind as long as he continues to find the back of the net. 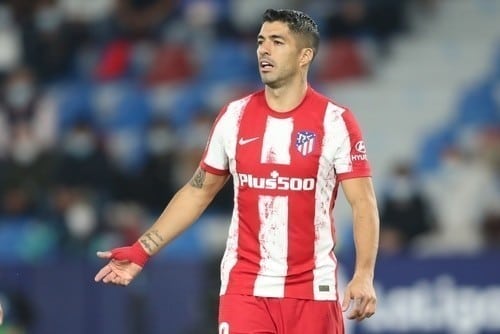 Although not a regular starter this season, the Uruguayan remains an integral part of the club. He has been key to Atletico keeping the pace with Barcelona and Real Madrid.

The most excitement is, however, reserved for Joao Felix. The youngster has also been played out wide and behind the striker, but has often found the back of the net when played in a more advanced role.

His huge price tag undoubtedly put a lot of pressure on his young shoulders, but at 22, he is showing signs of maturity, and importantly, is now starting to play freely and is subsequently really enjoying his football.

The youngster has been linked with a move away from Wanda Metropolitano in recent months, but manager Diego Simeone will certainly be doing all he can to keep hold of the exciting attacker.