A close look at the seven clubs to have won the English Premier league.

The English Premier League is easily one of the top football divisions in the world. The level of competition among the 20 teams that compete every year is quite high. This competition is especially profound at the top, where at least six teams start the season with hope of winning the title. The situation is vastly different to the likes of La Liga and Bundesliga where the title fight is predominantly between two or three teams. Despite this heavy competition, the Premier League has witnessed only a handful of winners since its inception in 1992. They are: 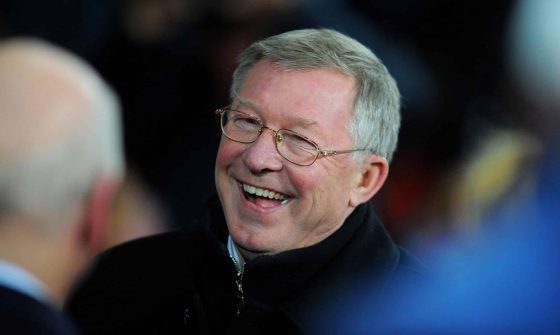 Manchester United are the most successful English club by a sizeable margin. The club has managed to win more trophies than any other English club. The most successful competition for United is undoubtedly the domestic league, which has been picked up by the team on 20 occasions. Since the inception of the Premier League in 1992, United have won 13 titles. All these Premier League trophies came under the guidance of Sir Alex Ferguson perceived as one of the greatest managers in the world.

Ferguson set out at Manchester United in 1986 with the intention of breaking Liverpool’s dominance in English football. Up until then, Liverpool had a stronghold on the domestic league title. Ferguson retired in 2013 but he had managed to help United win – 13 Premier league titles, five FA Cup medals, four League Cup titles, two Champions League medals, and one Club World Cup. After finishing as the runner-up in the 1991-92 campaign, Ferguson helped United become the first-ever Premier League title in 1992. United were able to hold off Aston Villa. This began a remarkable period of domination with United winning the league title in four of the first five Premier League campaigns.

Armed with a young line-up that featured the likes of David Beckham and Paul Scholes, United comfortably saw off competition from Arsenal during the turn of the century to pick up more Premier League honours.

After 2003, United had to face big-spending Chelsea in the title race. After two consecutive years without a league title, Ferguson put United back on track with back-to-back titles in 2007-08 and 2008-09. Now, Manchester City were emerging as yet another threat for the Red Devils, who responded with titles in 2010-11 campaign and 2012-13 campaign. After the retirement of Ferguson, though, United have struggled to hit the heights. The title won by Ferguson in his outgoing campaign remains the last league success for the Red Devils.

Chelsea are the club from the glamorous part of London. Founded in 1905, Chelsea were a club with great heritage but did not have the trophy haul to match Manchester United and Liverpool. The Blues were one of the initial members of the Premier League when it began in 1992. Yet, the club consistently found themselves near the top four places without actually challenging for the league title. This changed in 2003 with the takeover of Russian billionaire Roman Abramovich, who brought a massive influx of funds into the club. This followed Chelsea to buy some of the best players in the world. Armed with the new ideas brought in by a then-young Jose Mourinho, Chelsea managed to stun the Premier League by winning back-to-back titles.

Even though Chelsea are second in the list of Premier League title winners, the blues have been able to achieve most of their success in a span of 10 years. In recent years, the blues have been finding it difficult to have a dominant run in the league. Since 2010, Chelsea have only picked up two league titles whereas the likes of Manchester United and Manchester City have dominated during this period. Jose Mourinho has helped Chelsea win three league titles while Antonio Conte and Carlo Ancelotti have been the other league winning managers with Chelsea.

Some of the players who have contributed immensely to Chelsea’s title successes would include the likes of Didier Drogba, Frank Lampard, John Terry, Petr Cech, Cesc Fabregas, and Diego Costa. 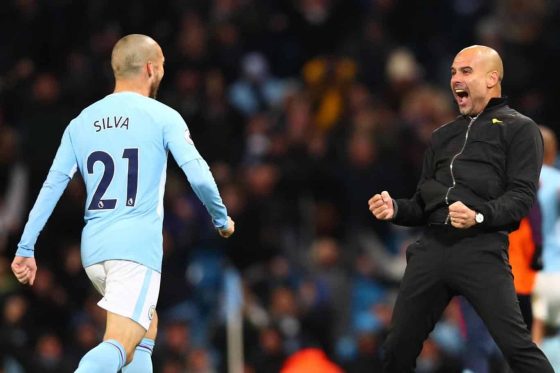 Manchester City are the local rivals of Manchester United but the club had not achieved a great deal since their inception in 1880. However, all this changed in 2008 when City were taken over by Abu Dhabi investment group. Since then, a lot of money has been put into the club in terms of revamping the playing squad, training facilities, and stadium. The investment has certainly paid off with City quickly jumping ahead of established Premier League clubs in the list of winners. City have now picked up four league titles with the first only coming in 2011-12 campaign. Since then, the blue half of Manchester has seen an incredible surge and they have taken Arsenal to become the third most successful Premier League team.

The manner of City’s first league title success ranks as one of the iconic moments in the division. City were in danger of losing the league on the last day to rivals United when Sergio Aguero stepped in with a last gasp winner to hand a maiden title for the club. The league success achieved by City has been predominantly through players like Sergio Aguero and David Silva.

Roberto Mancini led the club to the first Premier league title before Manuel Pellegrini continued the success. It was during the reign of the popular that the club entered into a new dimension in terms of style of play, success on the pitch, and growing list of fans around the world. The former Barcelona and Bayern Munich manager has helped City pick up several Premier League, League Cup, and FA Cup titles. In the process, City have also set new records for scoring goals and achieving a high success rate. City are now just one league title away from becoming the second most successful club in the division, but the team will still be a considerable margin behind rivals United.

Arsenal might be one of the many clubs from London, but they are one of the two London teams – alongside Chelsea – to have won the Premier League. Founded in 1886, Arsenal are also known as the Gunners. They have been able to enjoy a great deal of success before the inception of the Premier League. Since 1992, however, the Gunners have only picked up three league titles. During this period, Arsenal were able to transform their reputation as one of the teams which plays boring football into a team that is known for attractive football. Most of the transformation was initiated by Arsene Wenger, who was at the helm for more than two decades.

Arsenal’s first league title did not come about until 1997-98. Immediately after the turn of the century, Arsenal were able to break the dominance of United with the title in 2001-02. The club’s last title, however, came in the 2003-04 season.

Arsenal were a major title challenger just before the turn of the century. Even though the club may have just three league titles, Arsenal have a huge feather in the cap following the incredible 2003-04 season. The Gunners managed to go unbeaten throughout the campaign and they are the only team to have managed this feat.

A number of excellent teams have since been unable to match this feat and it is highly likely that the record will stand forever. This incredible team also gained the nickname of Invincibles and it featured some of the iconic players like Thierry Henry. Henry was a crucial feature in Arsenal’s Premier league success. The club managed to go head on with Manchester United as one of the key rivals for almost a decade.

Liverpool are the second most successful club in England if first division and Premier League titles are taken into account. However, the Reds have had an extended trophy drought before eventually winning the Premier League for the first time in the 2019-20 campaign. Liverpool were able to completely dominate English football with a string of titles for several decades. Apart from dominating domestic football with multiple first division titles, the team that featured the likes of Ian Rush was able to conquer Europe as well.

For several years at the start of the Premier League, Liverpool struggled to cope with the departure of legendary names while the club also do not have sufficient budget to take on the likes of Manchester United and Chelsea. This changed with the arrival of Fenway sports group in 2010. Armed with the ability to purchase top talent, Liverpool were able to make a significant amount of progress under the management of Jurgen Klopp, who arrived from Borussia Dortmund with a great reputation of turning around the fortunes of the club on a tight budget.

Even though Liverpool have come close to winning the Premier League since the turn of the century, the remarkable shift came as a result of signing players like Luis Suarez and Virgil van Dijk. In the last 30 years, Liverpool have been heavily dependent on players like Steven Gerrard, Jamie Carragher, and Fernando Torres. 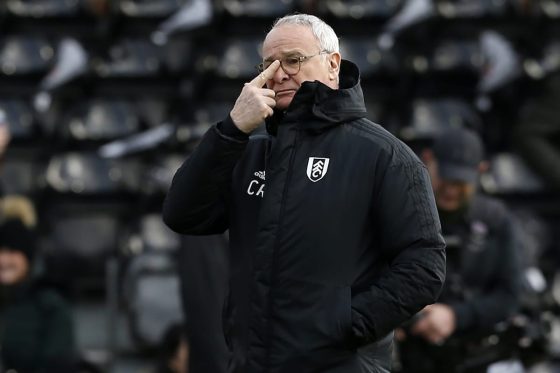 Leicester City happen to be one of the surprising names on the list of Premier League winners. The Foxes were crowned as champions in the 2015-16 campaign against all odds. Claudio Ranieri, who has previous experience in the Premier league with Chelsea, was in charge of the team, which was expected to finish mid-table at best. However, Leicester managed to bring together an astonishing of form throughout the campaign history. Despite the modesty of every number surrounding the club, Leicester were crowned as champions with a decent margin. The incredible nature of the success has led to the team being called as the ‘unbelievables’. The league victory for Leicester in the 2015-16 campaign was even more surprising considering that the club had been able to enjoy such a lofty position in almost 100 years.

A number of players turned out to be crucial for the success of Leicester in the Premier league. The likes of N’Golo Kante, Jamie Vardy, and Danny Drinkwater were influential for the team. Even though most of the iconic team has been disbanded, Leicester have been able to build on the success. In recent seasons, the club has done much better than the budget suggests. At the start of the campaign, Leicester were 5000-1 for winning the title according to bookmakers. The nature of the victory propelled Leicester to great popularity across the globe. An influential figure at Leicester was owner Vichai Srivaddhanaprabha, who bought the club in 2010 and brought incredible success. Sadly, Srivaddhanaprabha was killed just outside the stadium in a helicopter crash – moments after watching his team play.

Blackburn Rovers are yet another club with just a solitary Premier League title to their name. This title came in the formative years of the Premier league when the primary competition was Manchester United. Blackburn’s only league success came in the 1992-93 campaign when the team had a powerful presence with players like Alan Shearer in the ranks. The club, though, did not enjoy a long-lasting success.

They have even failed to remain in the Premier League during the period. The solitary success the league does come even when Blackburn have enjoyed a long-standing presence in the top division. Even though clubs like Everton and Aston Villa have been able to boast of better presence in the top flight than Blackburn, Rovers are of the elite to have won the league title. Apart from winning the title, Blackburn also went on to finish as the runner-up in the 1993-94 campaign. Blackburn have been able to enjoy more success in the second division and third divisions. The club are currently in the Championship and they even went as low as League One in recent years. Blackburn’s success was initially down to the investment from Jack Walker, a local entrepreneur.

Check here to get updated tips for the 2020/21 premier league season.