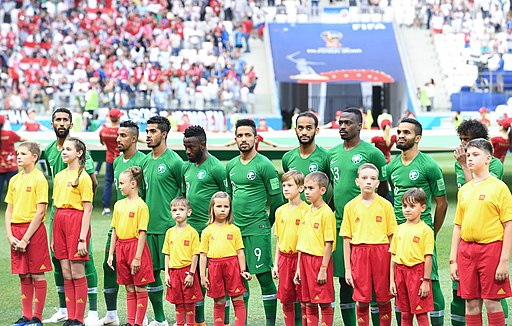 Considered rank outsiders and massive underdogs by most observers, Saudi Arabia head to FIFA World Cup 2022 with low expectations and the Green Falcons have been tipped to prop up the rest in Group C behind Argentina, Poland and Mexico.

Coached by experienced Frenchman, Hervé Renard, Saudi Arabia have little in the way of pedigree on the World Cup stage and in five previous appearances at football’s most prestigious tournament, they exited at the group phase four times, making it to the Round of 16 just once back in 1994.

The Saudi Arabian squad can jet into Qatar from their homeland in a little over an hour and it seems likely that their stay at World Cup 2022 will be just as short as their journey to get there.

Hervé Renard first named a 32-man provisional selection for the competition in October and now we have the Saudi Arabia official roster for Qatar as well,

Hervé Renard needed to cut his 32-player selection down to just 26 ahead of the 2022 World Cup in Qatar, so let's take a closer look at the final squad list for Saudi Arabia.

Saudi Arabia have name three goalkeepers in the mix for World Cup 2022 and 31-year-old Mohammed Al-Owais, who plays his club football with Al-Hilal in Saudi Arabia, is the most experienced keeper in the nation’s ranks with 39 caps and he will expect to be handed the gloves in Qatar.

Two other keepers will stay in reserve position unless necessary, but not Amin Bukhari who was included in Hervé Renard’s preliminary set-up, but left out from the final squad list.

Defensive stability can often provide the platform for success at international tournaments, though the members of Saudi Arabia’s backline are certain to have a heavy workload in a group they share with some talented opponents. 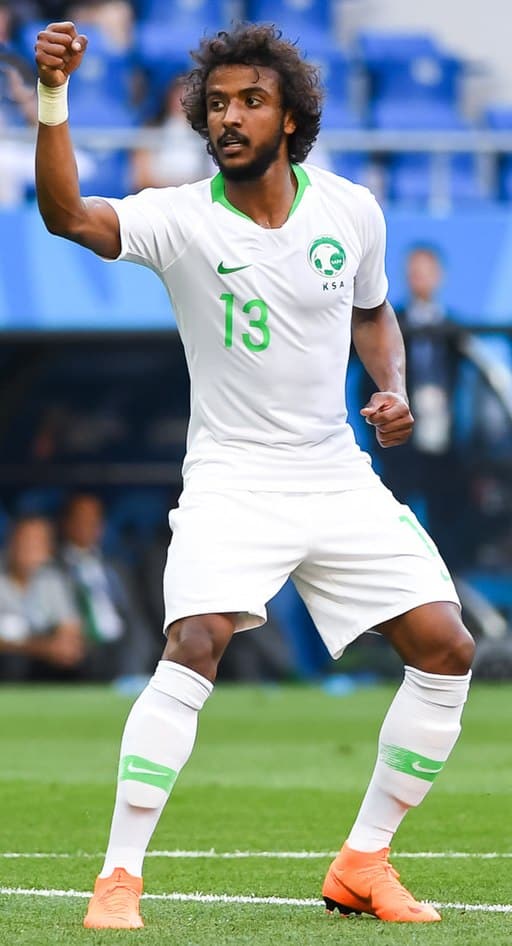 Players from dominant Saudi Arabian club Al-Hilal feature heavily in the nation’s list of defensive options for World Cup 2022 and as per the trend running right throughout their entire squad, 100% of the inclusions are domestic-based.

With 70 caps, Yasser Al-Shahrani, is a battle-hardened campaigner and the 30-year-old is usually deployed at left back with Hassan Tambakti and Abdullah Madu paired together more centrally.

Generally, a blend of silk and steel is required to build the perfect midfield and Saudi Arabia should bring a mix of skills to Qatar in the middle of the pitch. With few veterans listed, there should also be plenty of energy and running power to utilise and the Green Falcons will need all of the stamina they can muster to make a splash at World Cup 2022. 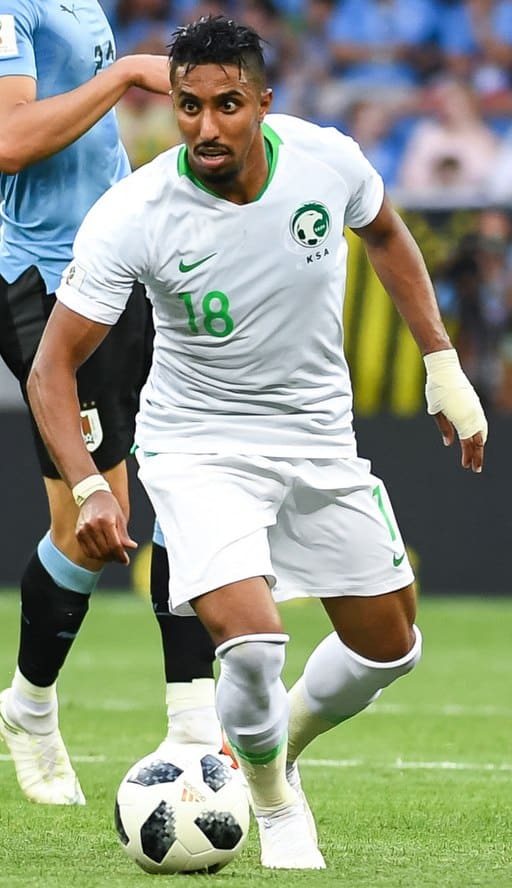 Fahad Al-Muwallad was seen as a certain member of the squad for the World Cup, but Renard decided to leave him out due to his pending doping case. So, Saudi Arabia suffered a huge blow just days before their final squad was announced.

Meanwhile, Salem Al-Dawsari is another star attraction for Saudi Arabia in midfield and, along with the missing Al-Muwallada, the joint-highest scorer in the Green Falcons' squad with 17 goals each. Without his scheming partner, Al-Dawsari will have to shoulder more of the offensive responsibilities in Qatar.

Skipper Salman Al-Faraj played and scored at the last World Cup in Russia (2018) and his knowhow should be vital in the engine room in Qatar. 6’4” midfield combatant Mohamed Kanno is also worth keeping an eye on. The 28-year-old is a mainstay in the middle for Al-Hilal and he has won five domestic championships with his club.

Next, we’re focusing on the potential match-winners and game-changers that could represent Saudi Arabia at World Cup 2022 in Qatar. Household names are in short supply for the Saudi Arabians in the final third, though several youthful options in their ranks will hope to make a name for themselves with some impactful displays at the tournament.

Saleh Al-Shehri has become a reliable source of goals for Saudi Arabia over the past year or so, indeed nine of his ten international strikes have been registered since 2021 and the 29-year-old could have a forward line built around him in Qatar.

22-year-old Firas Al-Buraikan has scored five times in 25 appearances for his country and alongside 23-year-old Abdullah Al-Hamdan who didn't make the final cut, he represents the future for Saudi Arabian football.

Saudi Arabia notched two or fewer goals in each of their last four appearances at a World Cup tournament and the attackers mentioned above will hope to improve on that output in WC2022 in Qatar.

Every team heading to World Cup 2022 will have several key performers that shoulder greater responsibility than others, and Saudi Arabia are no different. The Green Falcons will need their best players to be at peak level to avoid being dumped out of the group stage in Qatar. Below, we’ve highlighted some of the most important players in their ranks.

Saleh Al-Shehri – With nine goals in his last 17 appearances, striker Saleh Al-Shehri has already shown just how valuable an asset he can be in attack for Saudi Arabia. Al-Shehri bagged seven goals during the Green Falcons’ World Cup qualification campaign and with the right service, he has the predatory skills to finish chances in Qatar.

Salem Al-Dawsari – Winger Al-Dawsari matched Al-Shehri for goals during Saudi Arabia’s successful qualification run and his efforts helped the team to top their Asian group ahead of strong Japan and Australia outfits. Watch out for A-Dawsari’s direct running and close control in Qatar.

Group C: How Did Saudi Arabia Fare at World Cup?

Saudi Arabia was the absolute outsider in the group before the start of the tournament but they gave us one of the biggest upsets in history with their first-round win over Argentina. However, the Asian team couldn't build on that and the lost their second game in Group C to Poland, although they did play well in that match too. Still, they had a chance to get to the next stage with a win over Mexico in the last round but they ended up losing that game as well.

How many players were named in the Saudi Arabia World Cup squad?

Saudi Arabia was allowed to name 26 players in their official squad to Qatar for the 2022 World Cup.

What are Saudi Arabia’s chances of winning the World Cup with this squad?

Saudi Arabia are the second lowest-ranked team competing in Qatar and they are considered one of the weakest sides in the competition. They have almost zero chance of winning the tournament.

Have Saudi Arabia played at a World Cup before?

Yes. Saudi Arabia have competed at the World Cup on five different occasions since their first appearance at USA 1994.