The game of football never ceases to grow in one way or another. Even though the football world was put to a halt a little over a year ago, football club boards keep on planning ahead. They are aware of their club’s growth which results in continuous stadium works so all fans can be fitted. Some clubs need a ground expansion more than others, and that’s what we are going to cover in the following lines. Let's take a look at which teams have recently finished upgrading their stadium or which sides are patiently waiting for such. 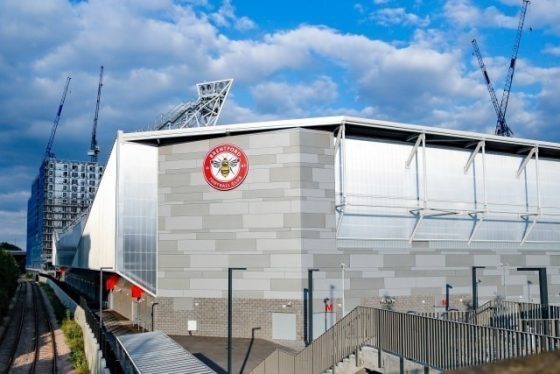 Having been in the plans for over a decade now, the move towards building a new club stadium has been in the works since 2003. Despite this, it took almost 15 years before the construction of the stadium began. In 2017 work on the Brentford Community Stadium started, and it was recently when Brentford began using the ground. The official opening was held on September 1st, 2020. With a cost of over £70 million, the Brentford Community Stadium will be able to host 17,250 people at full capacity which is a significant improvement from the 12,300, which Griffin Park could offer. It must’ve been though for the Bees to leave their old ground, as the club had used it throughout the majority of its history – for over 116 years. However, the new stadium will surely provide the club’s fans with great memories, once the team finally wins promotion to the Premier League. 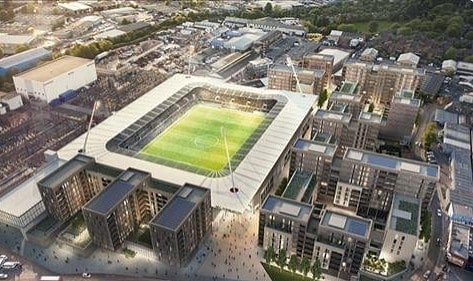 The phoenix club AFC Wimbledon has managed to reinvigorate the historical Plough Lane on which Wimbledon FC used to play for nearly 80 years. Closed in 2017, both Plough Lane and the Wimbledon Greyhound Stadium were demolished to clear out space for the reconstruction of Plough Lane. The new ground cost over £30 Million to its owners and is the most recently opened new UK football stadium, being active since November of 2020. The capacity of 9,300 will be enough to host the fans of the League One side.

Renovations will soon be hitting Craven Cottage as well. Work has begun on a new Riverside Stand, which will increase the capacity of the ground with 9,000 places, to a total of 29,600. However, during the works, the capacity will be reduced to a little over 21,000. This shouldn't be too much of a problem as the stadiums remain empty because of the current health situation. Fulham has hit the sweet spot as the renovation won't affect ticket sales. The Buckingham Group are the contractors sitting behind the construction which can only be good news. After all, they are the ones responsible for Brighton's new ground the Amex, as well as renovations at Cardiff City Stadium and Wolverhampton's Molineux. 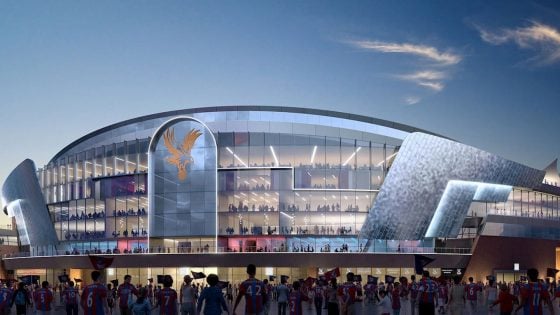 After receiving a green light from the Croydon Council, Crystal Palace is bound to move onto a brief Selhurst Park renovation. The Main Stand's capacity is planned to be increased to 13,500 across four tiers. This will mark an increase of nearly 10,000 new seats from which fans will be able to enjoy their club's games. Work is expected to start towards the end of 2021 and may cost up to £75 million. 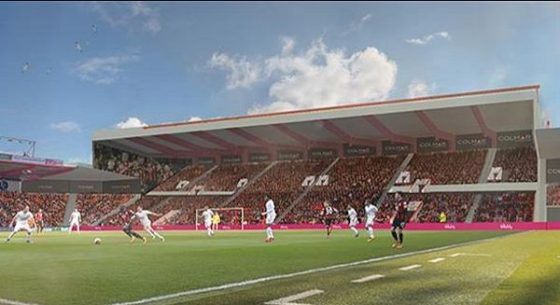 Vitality Stadium, which was previously known as Dean Court may soon be abandoned. AFC Bournemouth is planning on leaving their home ground with the reason being that the club doesn't own the site. The board has concluded that the best long-term solution is the team leaving Vitality Stadium after building a brand new one. The construction was planned to begin no earlier than 2020, but the recent world events have led to a halt in plans. New information about this matter has to resurface, but there is a possibility that Bournemouth may have withdrawn from the decision of building the next new UK football stadium. 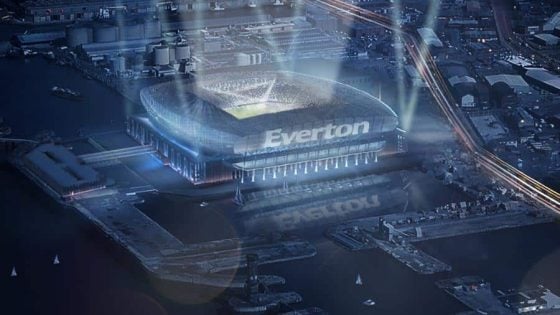 The Merseyside club might soon find themselves right beside river Mersey. Evertonians have expressed their interest in building a brand-new ground and leaving Goodison Park by 2023. The club purchased the site where the new stadium is expected to be erected back in 2017. With a capacity of 52,888 and an estimated cost of £500 million, this facility will be amongst the biggest in the United Kingdom. 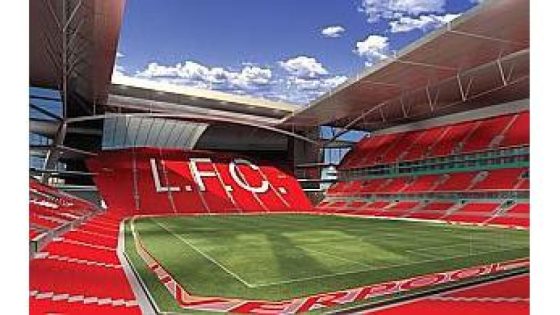 Everton isn't the only Merseyside club looking to expand its ground. Their biggest rivals Liverpool have also been keen on improving their stadium. The legendary Anfield cannot be abandoned, which is why we will see Liverpool expand on it. Unfortunately, the situation in the world pushed the works back and they are now expected to start in 2023. If all things go to plan, Liverpool will be enjoying a 60,000-seater home ground for the 2023/2024 campaign. 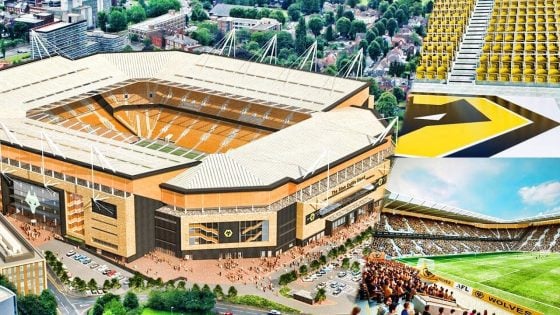 By claiming their desire to expand Molineux with nearly 20,000 new seats, Wolves have made it clear that they mean business. Gradually improving on the existing stands will result in a new total capacity of 50,000. The first step of the plan was completed over 8 years ago in 2012, but it remains unclear when the works will be resumed. 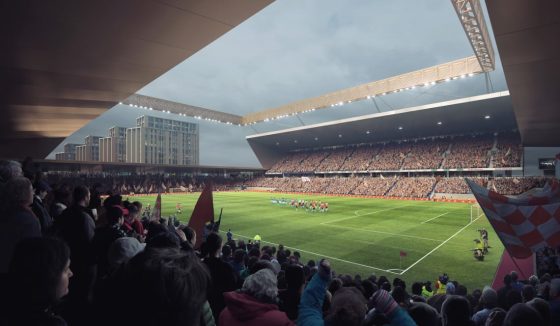 The Hatters, as they are often referred to as, have expressed their feelings to move on to the new home ground, for over 20 years now. It seems like Kenilworth Road simply doesn't accommodate the Championship side's needs. They've identified a location very suitable for stadium construction – Power Court, just over a kilometer away from Kenilworth Road. Reportedly work had to be finished mid-2020, but that's not the case. However, Luton's intention is real, and it's only a matter of time for them to move into one of the brand new UK football stadiums.

The club has requested permission from authorities to increase Liberty Stadium’s capacity. This would consist of improving the stands one at a time. The plans include a second tier of seats for all four stands, starting from the East one. Despite the plans, Swansea hasn’t submitted any planned timelines regarding the construction.