When you think about Paris Saint Germain you'll quickly have a few star players spring to mind. Whether that's Neymar from the current era, Ronaldinho from 20 years ago or George Weah before him. How though do they stack up against the PSG all-time top scorers. Do those names mentioned even make the cut? Let's find out.

So, who are the PSG all-time top scorers? 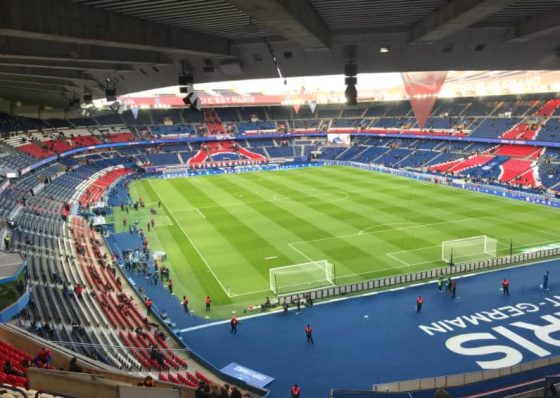 We kick off our list of the PSG all-time top scorers with the oldest man to feature, Francois M'Pele. M'Pele was born and raised in Central Congo where his football career got underway with two hometown clubs. It wasn't until aged 22 that he moved to France and even then it was to AJ Ajaccio.

After a productive five seasons with Ajaccio, PSG came calling when still a division two side. Goals began to flow immediately as M'Pele and his new teammates won promotion. 21 goals in a newly promoted side put M'Pele under pressure to continue delivering the goods. He largely did so netting a total of 95 goals in a six year period that saw him play 217 games.

Algerian international Dahleb spent 10 seasons in Paris sharing six of them with M'Pele. His strike rate isn't as strong as his Congolese teammate but he does narrowly surpass his total and from a midfield role as well. Dahleb's early career was spent at Sedan and CR Belouizdad; his move to Paris came about in 1974.

The wingers pace and trickery immediately endeared him to PSG fans and he boasted a composure in front of goal too; it helped him bang in 98 goals. 85 of those strikes came in the top tier too. For a long time, that made him the clubs all time first division top scorer but that record has since been surpassed. He's still fondly remembered though and why shouldn't he be? A strike rate around the level of a goal in just over two and a half appearances for a man who didn't play in out and out attack is pretty impressive.

The next on our list of PSG all-time top scorers is Dominique Rocheteau; he was the first player in the club's history to reach a century of goals. Rocheteau already possessed an impressive CV when signing for PSG as a 25-year-old in 1980 thanks to the three league titles and Coupe de France he won with his first club, St Etienne.

On the team front, the right sided winger achieved less in Paris than he had at his former side; although he did still win another First Division title and two further French Cups. As individual performances go though he upped his levels for PSG. That's not a feat easily achieved either because, in the league, he averaged a goal every three games for The Green. For PSG he improved that average to one in every two and half matches; that's based on 83 league goals. He added a further 17 in cup competitions taking his total to 100. Its a record that lasted a long time until the next name on our list came along.

Yeah, that's right, not only does Pauleta sit one place above Rocheteau but he was also the player to eclipse what was the record. He signed for PSG some 16 years after Rocheteau retired. Pauleta had already been around the block a few times though donning the colours of no fewer than eight sides in three countries; they were his native Portugal, Spain and France. His time in France started with Bordeaux where he proved himself more than adept at PSG's level with 91 goals in 130 games.

His goal to game ratio dropped after he put pen to paper with PSG but a return of 109 in 211 appearances can't be knocked. He delivered in big moments too; most notably these were the 2004 French Cup final where he scored the goal in a 1-0 win over Chateauroux and, in another cup final contest – the Coupe de la Ligue – Pauleta opened the scoring in a 2-1 victory over Lens. Lots of goals, big goals and a willingness to work as a lone front man ensured he retired from Paris as a legend. 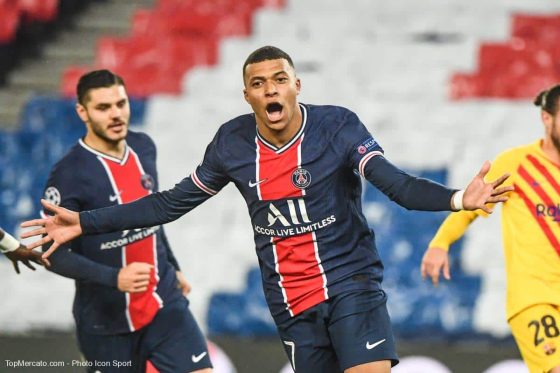 Right, we've come to the only current PSG player to feature on the list of PSG all-time top scorers. It is, of course, Kylian Mbappe. Mbappe, who is still only 22-years-old, burst on the scene at Monaco, won – and starred in – a World Cup with France and became the second most expensive player in history all whilst he was still a teenager. The £166m fee was baulked at by some but already, just three years later, it has proved to be sensational business.

PSG have lifted eight major honours with Mbappe's pace and lethal finishing spearheading their attacking play. The three consecutive Ligue 1 titles between 2018 and 2020 are perhaps the biggest achievements although making it to the final of the Champions League last season shouldn't be underrated. Mbappe top scored for PSG in that campaign with five goals. He's also led the Ligue 1 scoring charts in three seasons, featured in the Ballon d'Or finalists list on three occasions and, mark our words, the only thing that will stop him topping this list of PSG all-time top scorers will be if he leaves the club.

Where do you start with Zlatan Ibrahimovic? We guess you should probably pay homage to his goalscoring ability by applauding the fact he's just bagged 17 goals for AC Milan as a 39-year-old. It's relevance to his place on a list of the PSG all-time top scorers is questionable but it is proof that the Swede is a goal-getting machine; he spent four seasons in Paris scoring enough goals – 156 – to see him leave for Manchester United as the teams record scorer.

It wasn't all about goals for the man who once implied he was God though. Despite his confident-come-arrogant exterior Ibra was willing to drop deep to link play, bully defenders to create space for teammates and act as a role model for the younger players. Of course, all of that stuff is easier when you're finding the net on a regular basis and lifting trophies. Ibrahimovic topped the Ligue 1 scoring charts in three of his four seasons in France, won the league every year and triumphed in five cup contests.

The all-time leading scorer award goes to Edinson Cavani, another player that has walked the PSG to Manchester United path as a free agent. Cavani had given a big chunk of his career to the French giants before making the move though and any frustration from the fans was directed at the club hierarchy rather than the player who served them so well throughout his seven year spell.

Cavani arrived from Napoli in 2013 having already proven himself to be an adept goal scorer in Europe after starting of in his homeland with Danubio. The net continued to bulge on a regular basis in France. If you ignore his last season, where game time was greatly reduced, his worst return was 23 goals. His peak season came in 2016/17 where he netted 49 across all competitions. His exploits in front of goal helped PSG to a rather ridiculous list of honours too – six league titles, five Coupe de France crowns and half a dozen Coupe de la Ligue's. His record will take some beating.

There you have it, the PSG all-time top scorers.