Thomas Muller may not be the most elegant footballer to ever grace the pitch, but he is undoubtedly one of the very best to ever play the game. Aside from his footballing ability, his lively character has also helped win him plenty of followers over the years.

The Bayern Munich forward is perhaps one of the most underrated players of his generation.

It is, however, somewhat unsurprising, given his generation has been dominated by two other world-beaters in Cristiano Ronaldo and Lionel Messi.

The Portuguese star currently tops the Champions League all-time scoring charts with 140 goals, followed by the Argentine who has 129. Their tallies can, of course, improve in the seasons to come, should Manchester United make their way back into the competition, and should PSG finally lay down a marker in Europe’s elite competition.

But Bayern Munich legend Muller does have bragging rights over both Ronaldo and Messi in one category. The attacker has 53 Champions League goals to his name, and remains the only player on the over 50 goals for one club leaderboard to still be playing for that same club. 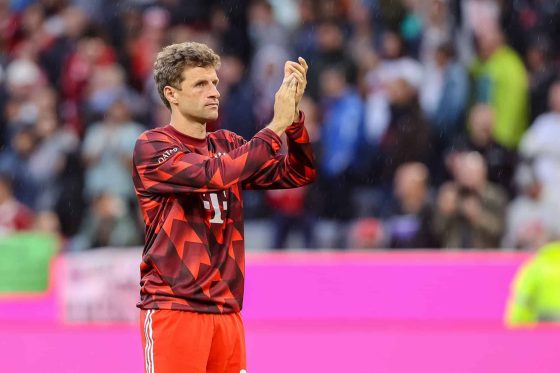 Both Ronaldo and Messi are, of course, also on the list, but neither are one-club men anymore. The former’s strikes have been spread out between spells at Man Utd (21), Real Madrid (105) and Juventus (14), with the latter scoring in the Champions League for both Barcelona (120) and PSG (9). As mentioned, all 53 of Muller’s goals have come for Bayern, and he remains at the club.

Not even his old friend Robert Lewandowski, who is also on the list of those to have scored over 50 Champions League goals, can say he has been loyal to just one team. The Poland international, whose 91 goals place him third on the all-time list, have been spread out between Borussia Dortmund (17), Bayern (69), and now Barcelona (5).

Lethal striker Karim Benzema, who is fourth on the all-time list with 86 goals, found the net in the competition for Lyon (12) before shining at Real Madrid (74).

Fourth on the list is former Galactico Raul, but even the Real Madrid legend finished his Champions League feats away from Santiago Bernabeu. His 71 goals were split between Madrid (66) and German outfit Schalke (5).

Yet another ex-Madrid man joins him on the list, with Netherlands icon Ruud van Nistelrooy fifth in the standings with 56 Champions League goals. They came with PSV (8), Man Utd (35) and Madrid (13).

But Muller ranks above all when it comes to loyalty, proving just how rare a trait it really is in the beautiful game. Joining the German giants at the turn of the century, he’s now played 640 matches, scoring 230 goals in the process. His assists tally of 249 proves just how much of a selfless and indeed creative player he has been.

As reported by UEFA, 47 players have made more than 100 Champions League appearances. Muller, who made his debut all the way back in March 2009, is among that esteemed group of 47. Appropriately, he came on as a substitute that evening for another European icon in Bastian Schweinsteiger, and even ended up on the scoresheet as Bayern Munich thrashed Sporting 7-1. The rest, as they say, is history.

In fact, he currently sits eighth in the all-time list with 137 appearances. It’s some way off the 183 achieved by Ronaldo, but perhaps the totals of the retired Ryan Giggs (141) and Raul (142) are more attainable.

Of course, at 33, he is still going strong in the competition, playing a key role in this season’s campaign, in what is a tricky group with Bayern Munich alongside Barcelona and Viktoria Plzen.

He has also lifted the World Cup with Germany, with the Bayern Munich man scoring five goals as his nation secured the famous trophy in 2014. Only Colombia’s James Rodriguez (six) scored more. 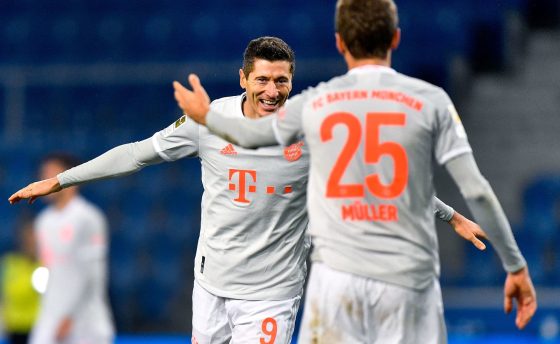 Have Bayern Munich already found the next Thomas Muller?

Given just how much Muller has achieved in his career so far, it may seem sensible to believe that Bayern Munich will find it almost impossible to replace their legendary attacker. But any such thoughts have been drowned out immediately by the rapid progression of Jamal Musiala.

The 19-year-old has made a smooth transition to the very top, and is now one of the very first names on the Bayern Munich team sheet. His development into a first-team player has certainly had its impact on Muller, who has since evolved into a more attacking player. This has, however, also been due to the recent departure of Robert Lewandowski.

Muller had been used to playing a largely unspectacular but absolutely crucial role as Bayern’s second striker, doing much of the dirty work while the main man gained much of the plaudits. But Lewandowski has left for Barcelona, and this coupled with Musiala’s quick progression into a senior position has seen Muller adopt a slightly more attacking role.

While Muller may have been grateful to have finally been let free from Lewandowski’s shadow, his relief wasn’t allowed to last very long, with Bayern Munich bringing in Sadio Mane from Liverpool. The small matter of Leroy Sane, Serge Gnabry and Kingsley Coman are also battling it out for the very limited attacking spots in the Bayern Munich frontline.

But Musiala, largely adopting an attacking midfield role, has stepped into Muller’s boots almost effortlessly. The teenager boasts nine goals and eight assists from his 16 games in all competitions so far this season.

The youngster does, however, need a couple of years to fully appreciate just how special a player Thomas Muller was and indeed still is, both for Bayern Munich and Germany. 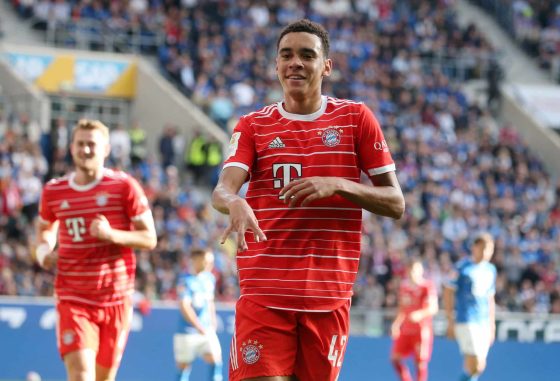