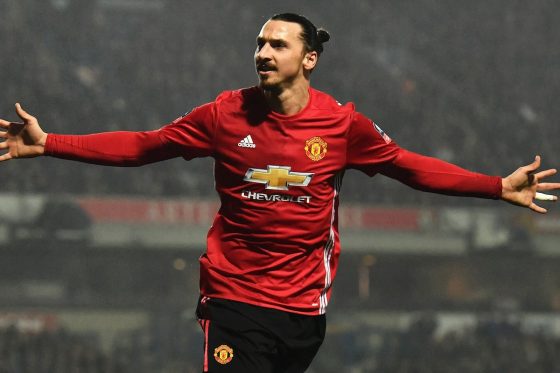 Scandinavian players have a long, proud history when it comes to the English Premier League. And a certain Erling Haaland is the latest member to join the growing list of Scandinavian stars finding a home on English soil.

The Norwegian international may just shoot straight to the top of the leaderboard when it comes to the best Scandinavians to ever play Premier League football, such is his potential. The striker has enjoyed a stunning career so far, and at just 21, the only way is up.

But there are a number of players from the same region who have come and conquered the top flight of English football long before Haaland came along.

Here are 10 of the best Scandinavian players to play in the Premier League:

Manchester United legend Peter Schmeichel arguably sits at the very top of the list when it comes to the best Scandinavian footballers of all time, never mind solely in English football. He spent eight glorious seasons at Old Trafford, the first of which was in the First Division, and was a key member of a squad that won five league titles during his time there.

Schmeichel’s 128 clean sheets place him 11th in the all-time Premier League leaderboard, while his 129 caps for Denmark make him the most capped Danish men’s football of all time. His international exploits include the 1992 European Championship, in which he was named in the Team of the Tournament.

Swedish icon Freddie Ljungberg is another who earned cult-hero status at his club, having made over 200 appearances for Arsenal between 1998 and 2007. The midfielder was adored by Gunners fans all over, and was a key member of the unforgettable Invincibles campaign of 2003/04.

A couple of years prior, he was named the Premier League Player of the Season, while his international feats for the Swedish national team have etched his name into the country’s folklore.

Norway full-back John Arne Riise spent seven years at Liverpool, with his iconic bursts down the left-hand side still remembered by fans to this day. The same can be said for his time with the Norway national team, where he leads their all-time appearance list with 110.

Riise’s wicked left foot will never be forgotten at Anfield, with his stunning long-range strikes simply impossible to stop for even the best goalkeepers in the world, much to the delight of Liverpool fans.

Just across Stanley Park, Denmark midfielder Thomas Gravesen was doing something similar at the time, except it was his gritty determination and rock-hard tackling that was winning over Evertonians. Gravesen would play so well for the Toffees that in 2005 La Liga giants Real Madrid would come calling and then Everton manager David Moyes would not stand in the way of a chance of a lifetime for the gritty Dane.

The Scandinavian made over 100 appearances for the Toffees throughout his five-year spell, as well as playing 66 times for the Danes scoring 5-goals.

Aston Villa fans will remember defender Olof Mellberg for all the right reasons, with the Swede playing over 200 times in his eight-year spell. Strong, powerful, and exceptional in the air, the centre-back left Villa a hero in 2008.

Mellberg played 117 times for his country, captaining his national team at several international tournaments. He is considered one of Villa’s and certainly one of Sweden’s greatest ever players.

Denmark hero Christian Eriksen is still going strong in the Premier League, having just finished a hugely successful loan spell at Brentford. The midfielder helped the Bees secure 13th spot in the table, scoring one goal and creating four others along the way.

Of course, it is not his first spell in England, with the Dane making over 300 appearances for Tottenham Hotspur once upon a time, playing a part in over 150 goals for the north London outfit. All eyes are now on the midfielder regarding his next destination, with former club Spurs and Man United both reportedly interested in his services. 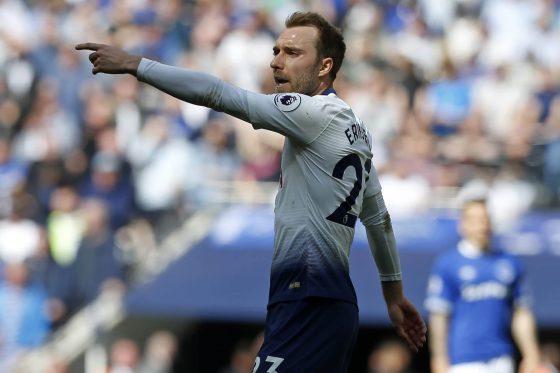 The Norwegian scored 91 goals in 235 league appearances for Man United, as well as netting 23 times for his national team. He will always be a hero for both the Red Devils and his country.

Peter Schmeichel may be considered the greatest Scandinavian player of all time, but his son Kasper has also had a superb career for club and country. The Leicester shot stopper is slowly but surely following in his father’s footsteps in becoming a Premier League legend.

The Foxes keeper has 82 clean sheets to his name in the competition, which places him 20th in the all-time leaderboard. At 35 years old, it will be intriguing to see if he can reach his father’s record of 128. It’s a very tough ask, but anything is possible, particularly if Leicester can solve their defensive struggles in the coming years.

Another ex-Liverpool defender that is still much-loved at Anfield is Denmark centre-back Daniel Agger. He spent almost a decade on Merseyside, with his tough tackling and leadership helping keep things tight at the back for the Reds.

The defender also captained his country, making 75 appearances for his national side. Spells at Brondby either side of his time at Liverpool completed his successful career on the pitch, and he is now in the dugout as head coach of Danish 1st Division club HB Køge.

He may have spent just two short years in England, but former Man United striker Zlatan Ibrahimovic did what he did best; score goals. The Swede has found the back of the net everywhere he has played in his remarkable career, and Old Trafford was no different.

The formidable forward netted 29 times in 53 Man United matches, helping the club lift the 2016/17 Europa League and League Cup. Unsurprisingly, he is Sweden’s all-time top goalscorer with 62 goals, with those goals coming in 121 appearances.

Which other Scandinavian players deserve a mention?

There are, of course, many other Scandinavian players who enjoyed their time in the Premier League. From a Danish perspective, the likes of Jesper Gronkjaer, Pierre-Emile Hojbjerg, Nicklas Bendtner, Martin Laursen, and Thomas Sorensen will all be remembered fondly.

The latest generation of Scandinavians – which of course now includes Erling Haaland – will be eager to join that impressive list. In fact, there are players representing the three Scandinavian countries who are currently on the right track; Andreas Christensen (Denmark), Martin Odegaard (Norway), and Dejan Kulusevski (Sweden).