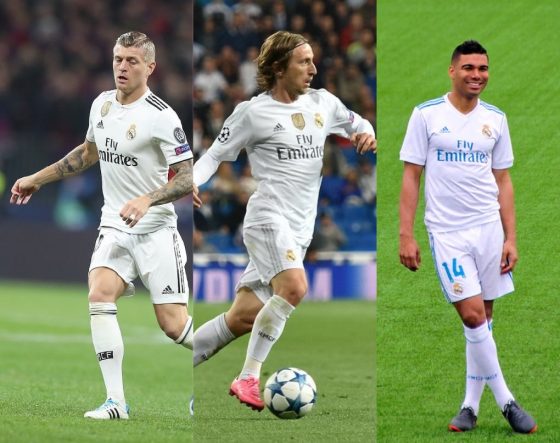 Has there been a more impressive midfield trio in football history than Real Madrid icons Luka Modric, Casemiro and Toni Kroos?

Barcelona trio Xavi, Sergio Busquets and Andres Iniesta may have something to say about that, but in terms of performing at the highest level on the biggest stage in club football, the Madrid three may just edge their La Liga rivals of old.

First and foremost, in the modern age, trophies seem to matter more than anything else. And it is perhaps the Madrid trio who stand tallest in this regard, with the club winning three consecutive Champions League trophies with Modric, Casemiro and Kroos at the helm. They lifted the prestigious trophy in 2015/16, 2016/17, and 2017/18.

But it would be foolish to forget about the three titles that Barcelona clinched in 2008/09, 2010/11, and 2014/15. The first two featured Xavi, Busquets and Iniesta in a midfield three, with Xavi replaced by Ivan Rakitic in the most recent success.

Xavi did, however, make an appearance from the bench, helping the Catalan outfit to glory against Juventus in Berlin. Both Iniesta and Xavi meanwhile were on the bench for the 2005/06 final win over Arsenal, with the former coming on as a second-half substitute.

Much praise must also go the way of Modric, who played alongside Sami Khedira and Angel Di Maria a year earlier in the final against Atletico Madrid in 2013/14, in which Real won 4-1 after extra-time.

But a mere win may not be enough to convince fans that one player is superior to the other, and this is where the Man of the Match trophy comes into play. From those finals, only Xavi (2008/09) and Iniesta (2014/15) can say they were the best player on the pitch.

Of course, there have been countless trophies between all six-star midfielders in other club competitions, but again, many modern players are often judged on their performances in the Champions League.

As Europe’s biggest club competition, millions of eyes are watching every move closely, and this stage is where these hugely talented midfielders come to life.

After trophies, it is perhaps goals and assists that many current players are judged on. It is usually the latter when it comes to midfielders, but the likes of Steven Gerrard and Frank Lampard have ensured that players in this position must also have an eye for goal.

But in terms of assists, it is the Barcelona stars who have shone brightest. Of course, world-beaters Cristiano Ronaldo and Lionel Messi top just about every list possible when it comes to this competition.

The same can be said for assists, but not far off the pair sits Xavi, who is fifth in the all-time rankings with 30. And his former team-mate Iniesta is in seventh with 29. For Madrid’s midfield three, both Modric and Kroos have 15.

The Madrid trio, however, as proven this season, still have plenty left in the tank, and may even have a couple of years left to try and equal some of the astonishing figures of the famous Barcelona three. 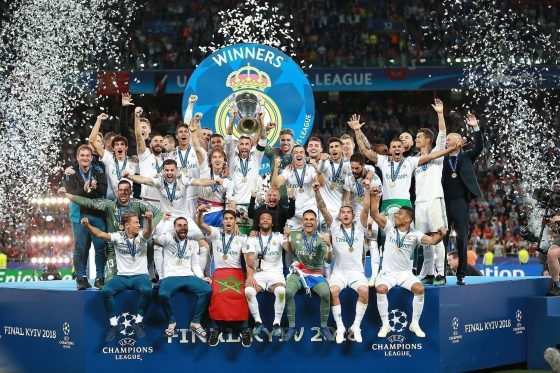 Carlo Ancelotti’s crucial midfield three were as important as ever in the latest quarter-final first-leg win over Chelsea. The trio used all of their experience to outclass their opponents, keeping hold of possession before unleashing lethal striker Karim Benzema.

The classy midfielders complement each other perfectly, with Casemiro usually sitting deep and allowing both Modric and Kroos to pull the strings further up the pitch. It’s a job that the Brazilian has perfected over the years, much like his compatriot Fabinho and Manchester City anchor Rodri.

But nothing lasts forever in football, and that will soon be true of this iconic midfield three. At 36, Modric will perhaps be the first to hang up his boots. Kroos, now 32, may follow him soon after. It is likely that 30-year-old Casemiro will last the longest as the years go on, but even he must pass the torch at some point.

But Madrid fans will not be too fearful, because the club has already taken the necessary steps to prepare for the sad day when Modric, Casemiro and Kroos will no longer operate together.

Federico Valverde has been slowly but surely introduced to the way of life at Madrid. The 23-year-old has already appeared in white over 100 times and is a firm fan favourite for his abilities both on and off the ball. 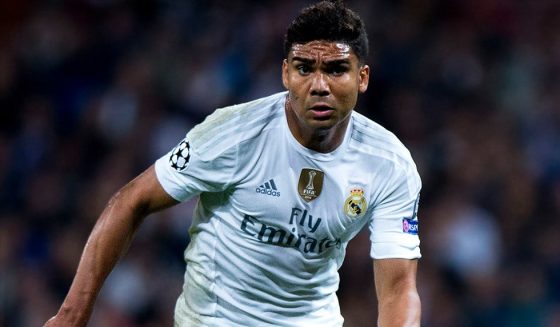 What does the future hold for Madrid and Barca?

Perhaps the most excitement and anticipation at the Bernabeu is reserved for Eduardo Camavinga. The 19-year-old has had to be patient at times this season in his quest for regular playing time, but there is no doubt that he will be a hugely important player for the club over the next couple of years.

Former Arsenal man Dani Ceballos meanwhile has been thrown into the mix on occasion, but it certainly hasn’t been enough for his liking, so it wouldn’t be a surprise to see Madrid go back into the market in the near future in order to find the final piece of their new-look midfield trio.

As for Barcelona, Busquets remains the last remaining figure of their unforgettable midfield three. He is, of course, now managed by former midfield partner Xavi. The Catalan outfit may just fancy their chances of winning the next generational battle in midfield.

Even if Busquets is to soon depart, Frenkie De Jong is more than capable of taking over the reins. And hugely talented youngsters Pedri and Gavi need no introduction, with the pair already taking on the world with their sensational abilities.

It will certainly be an interesting one to follow in the years to come. The current season, however, is looking more and more like a glorious one for Madrid. They are comfortably ahead in their Champions League quarter-final tie with Chelsea and find themselves 12 points clear at the top of La Liga.