To celebrate Nottingham Forest's return to the Premier League we thought we would take a look back at their last promotion to the top flight and the story of their star striker at the time, Pierre van Hooijdonk, and manager Dave Bassett, two personalities that were always going to clash.

Dave Bassett started his managerial career with Wimbledon, between 1981-1987, where he took the Dons from the 4th-tier of English football all the way up to the Premier League as we now know it. Bassett also took Sheffield United from the old third division into the first division in the late 1980s, solidifying his status as a manager that could transform lower-division clubs and turn them into top division teams within the space of a few years. Nottingham Forest hired Bassett in 1997 believing that he could guide the club back into the Premier League, which he did at the very first attempt.

Pierre van Hooijdonk was a talented striker whose professional playing career spanned from 1989 all the way through to 2007. A goal-machine and set-piece expert, van Hooijdonk made his name with Dutch clubs RBC Roosendaal and NAC Breda before making the move to Celtic in 1995. The 6'4″ forward played 69 times in the league and scored 44-goals for the Scottish giants before making the move to Nottingham Forest in 1997. Van Hooijdonk scored 14-goals in 46 international appearances for the Netherlands and ended his career with two Turkish Super Lig titles, one UEFA Cup, a Scottish Cup and, of course, one Championship title to his name. 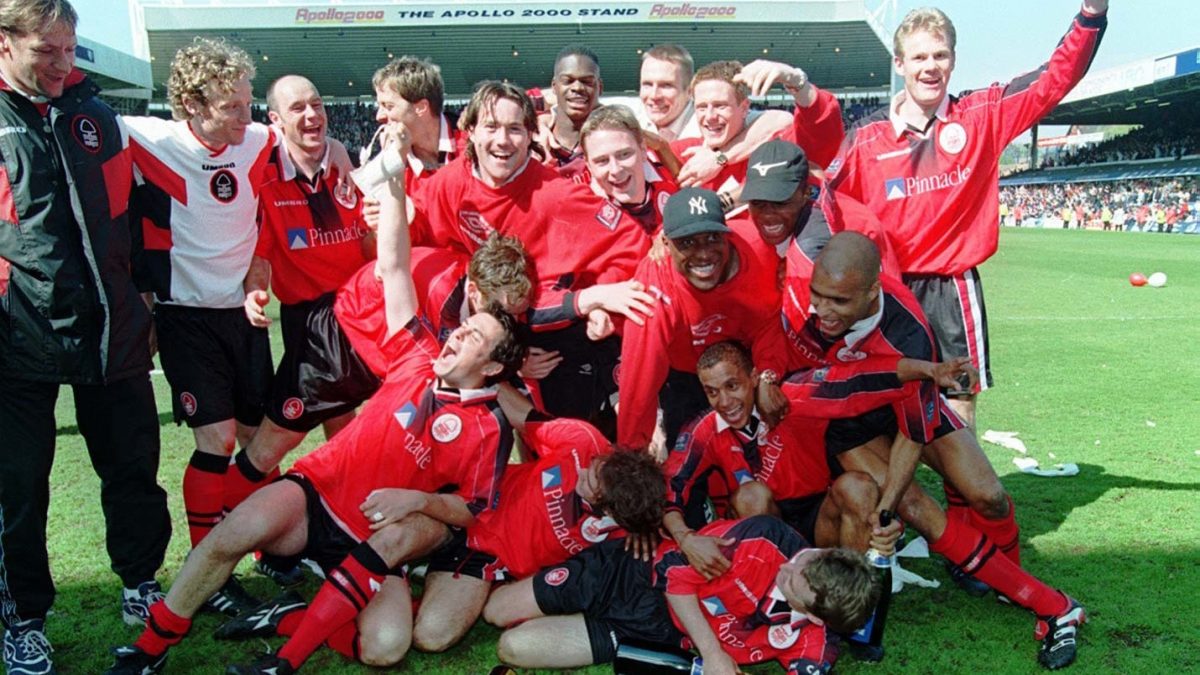 With Stuart Pierce failing to keep Nottingham Forest in the Premier League, Dave Bassett took over the manager's seat at the Midlands' club for the start of the 1997/98 season in what is now known as the Championship. Pierre van Hooijdonk was already at the club having played the final eight games of the previous season but only scored 1-goal, leaving people to question the £4.5m Forest spent on the Dutch international from Celtic.

However, van Hooijdonk performed much better under Bassett, forming a formidable partnership with Kevin Campbell upfront with the pair scoring a combined 57 league goals. Bassett and van Hooijdonk lead Forest to the Championship title and a return to the Premier League at the first time of asking, and with money to spend and a strong squad, the future looked bright for the club, their manager and their top goalscorer.

Most Forest fans will tell you that it all looked too good to be true, and it was. The success of the Championship-winning side was short-lived as a summer of broken promises and ego clashes lead to the downfall of the Midlands club.

After netting 34-goals in a season, van Hooijdonk was selected for the Netherlands' 1998 World Cup squad. Though not a starter, van Hooijdonk would feature in France 98, coming off the bench to score against South Korea. During this time, Dave Bassett would learn that the £8m he was promised to strengthen the squad ahead of a tough first season back in the Premier League would become £3m that he needed to fund in player sales. Bassett had offered Kevin Campbell a new contract before going on holiday only to learn that the board had sold the striker from under his nose for £2.5m to the Turkish side, Trabzonspor.

News of Campbell's sale, midfielder Scot Gemmill being dropped from the first-team squad for failing to sign a new contract, and of captain Colin Cooper being sold to fellow promoted side Middlesbrough reached Pierre van Hooijdonk and the Dutch striker was less than impressed with Bassett and the Forest owners, so decided to hand in a transfer request only for that to be denied. It turns out that Bassett had wanted to keep Campbell and would have preferred van Hooijdonk to be sold as he would have brought in more money and it would have been better for everyone, due to the oversized ego of the Dutchman and the unrest he caused in the dressing room. However, the Forest board wanted to keep their star commodity and decided to get rid of the key British core of the team which turned out to be a big mistake. 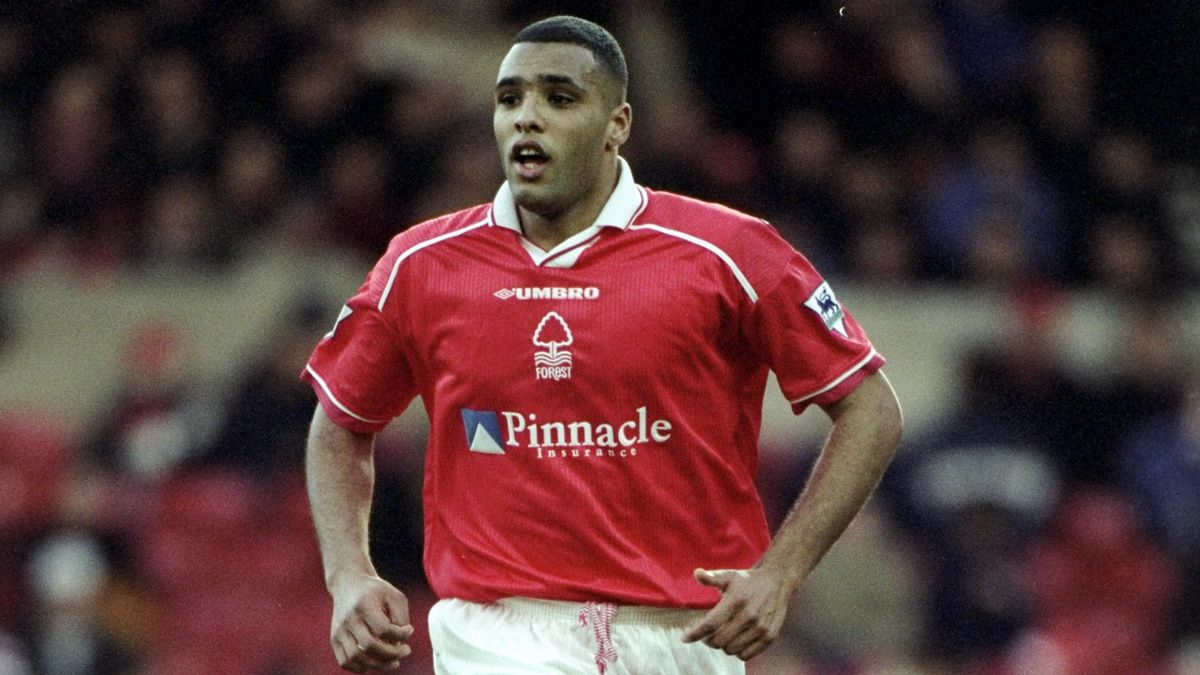 Pierre van Hooijdonk felt so aggrieved by all of the issues within the club and the way he had personally been treated by them that he decided to go on strike, citing that he could no longer play for his current employers. Forest refused to sell van Hooijdonk, though, and the Dutchman was forced to train with his former club NAC Breda in order to keep fit. The forest management, fans and even his teammates openly criticized van Hooijdonk's decision to go on strike and the relationship between player and club completely deteriorated as Bassett describes in a recent podcast…

“The manager manages, the players play and the directors direct. We had a problem with van Hooijdonk in that he wanted to be chairman, manager, director of football and coach… I would have kept Kevin Campbell and sold van Hooijdonk. He was more valuable to the team than Pierre and less of a problem.”

“The problem was van Hooijdonk thought he was better than he was. He decided to go on strike… When we came up I was promised originally we'd have £8m to spend. The reality was the club needed to bring in £3m…Kevin Campbell was my first interference from board level. Irving Scholar preferred Pierre to Kevin…It got personal. I lost a lot of respect for him and I know players did too.”

With Nottingham Forest refusing to sell their star striker and van Hooijdonk realising he wasn't going to get his own way, the player and club were reunited in November with Forest struggling in the relegation zone and in desperate need of goals. The Dutch forward made his return against Wimbledon and started 19 games between then and the end of the campaign scoring 6-goals. After scoring a goal against Forest's fierce rivals Derby, the rest of the Notts Forest players refused to celebrate with van Hooijdonk and instead gave all the credit to Gemmill who had provided the assist, showing just how much damage had been done during his time away from the club.

The end for Bassett and van Hooijdonk at the City Ground 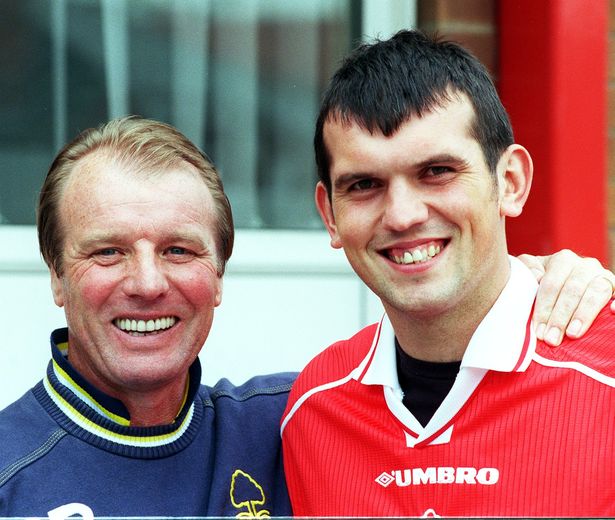 The final straw for most Forest fans was during a game against Leicester City in which van Hooijdonk put his side in front only to get sent-off and the game ended in a 3-1 defeat. Forest finished the season second from bottom and were relegated back down to the Championship. Bassett had already been sacked by this point, leaving the club in January, and Ron Atkinson was in charge but failed to have the impact the Forest board had hoped for.

Dave Bassett went on to manage Barnsley next and spells went on to manage Leicester but after that, he took on assistant manager roles with Southampton, Watford and Leeds before ending his career as a consultant for Sheffield United. Pierre van Hooijdonk returned to the Netherlands with Vitesse and continued to bang in the goals. The towering Dutch forward would claim a UEFA Cup with Feyenoord and two league titles with Fenerbahce before retiring in 2007.

The feud between Bassett, van Hooijdonk and the Nottingham Forest owners still lingers over 20-years later with Dave Bassett blaming the Dutchman and the club's board for their relegation during the 1998/99 campaign as he stated in a podcast last year…

“We should have got him back at the start of the next season and sold him. We should have gone to Holland and said we would sell him straight away. Leeds were very interested at £6m or £7m… If we had sold him and the club gave me the £8m they promised we'd have had £15m to spend and a totally different team from the reality.”

“Pierre didn't play well or score goals. In the end he went to Vitesse Arnhem for £3.5m at the end of the season.

“It was a complete mess up. When he came back there was an atmosphere…There were players unhappy with the situation. I was unhappy. I'd lost a battle and didn't get the support I need.”

It's hard to point the finger at one or the other in this situation. Clearly, Bassett was given false hope by the Forest board and that had a massive effect on the club's chances of avoiding relegation. Pierre van Hooijdonk had promises broken as well but his decision to go on strike was unacceptable and certainly impacted Nottingham Forest's future. The former Forest owners and board come out of this story the worst overall as they failed to back the manager that earned them promotion back into the Premier League and sold players behind his back which is something you'd like to think that no modern owners would ever do.