As one of the icons of world football throughout the 1990s, Brazilian striker Romário was an electric and engaging presence both on and off the field.

With the ball at his feet – particularly if he was within a stone’s throw in the opposition’s goal – Romário was an absolute maestro. Blessed with blistering pace over short distances, an unnerving ability to sniff out a goal-scoring chance, and the ability to dispatch such chances with a level of aplomb, the Brazilian was unmatched in his era, and seldom replicated before or since.

Born and raised in one of Rio de Janeiro’s largest favelas, Romário’s humble upbringing made him an endearing and adored figure among the Brazilian people. Upon scoring his 1,000th career goal – a penalty for Vasco da Gama in October 2007 – the game was halted for half an hour to allow the legendary marksman to celebrate the feat with his public.

It didn’t matter to his supporters that the 1,000-goal figure Romário claimed was an apocryphal one – without the inclusion of youth team and friendly goals, the figure is somewhat lower, with FIFA officially recognising it as 929. The fans inside Vasco’s Sao Januario stadium were celebrating their hero’s career as a whole; the accurate number was immaterial.

Away from the football pitch, Romário’s passion for scoring goals was almost matched by his desire for seeking a good time; whether it was partying in night clubs, chasing women, or just generally doing things a professional sportsman oughtn’t, the Brazilian was an untamed free spirit.

One famous story goes that, while playing for Barcelona, Romário asked manager Johan Cruyff for two days’ leave so that he could attend the Rio Carnival. 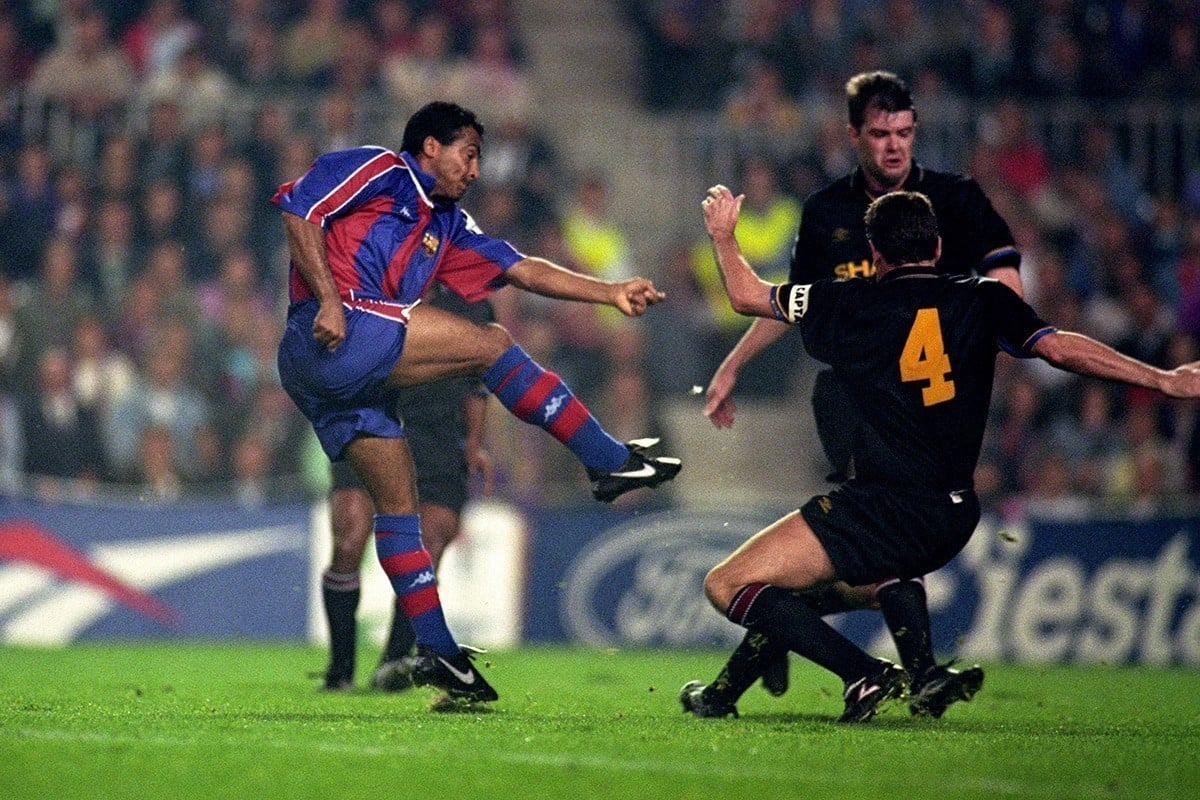 Never one to forgo the opportunity to challenge his players, “If you score two goals tomorrow, I’ll give you two extra days’ rest compared to the other players,” was Cruyff’s reply.

“The next day, Romário scored his second goal 20 minutes into the game and immediately gestured to me asking to leave,” Cruyff explained. “He told me: ‘Coach, my plane leaves in an hour’. I had no choice but to let Romário leave for fulfilling his promise.”

Romário actually went on to score a hat-trick in a 5-0 win that day. The opponent? None other than bitter rivals Real Madrid.

The first strike of his Clásico treble is perhaps the goal that Romário is best remembered for. Collecting the ball with his back to goal 20 yards out, the diminutive goal-getter pirouetted 180 degrees in a single movement, his right boot in contact with the ball the whole time. In the blink of an eye, Romário had left his marker for dead and burst through on goal.

By this point, the outcome was inevitable: a trademark toe-poked finish left the goalkeeper without a prayer of preventing Romário’s name being added to the scoresheet.

Romário made his debut for Vasco as a teenager in 1985 – the same year he was caught urinating from a hotel balcony in Moscow during the Youth World Cup – after signing for the Rio club from local team Olaria.

After 80 goals in 141 games for the Gigante da Colina, a move to Europe beckoned when he joined Guus Hiddink’s PSV Eindhoven in 1988. The raw skills Romário had honed on the favela streets were polished and perfected in Holland. 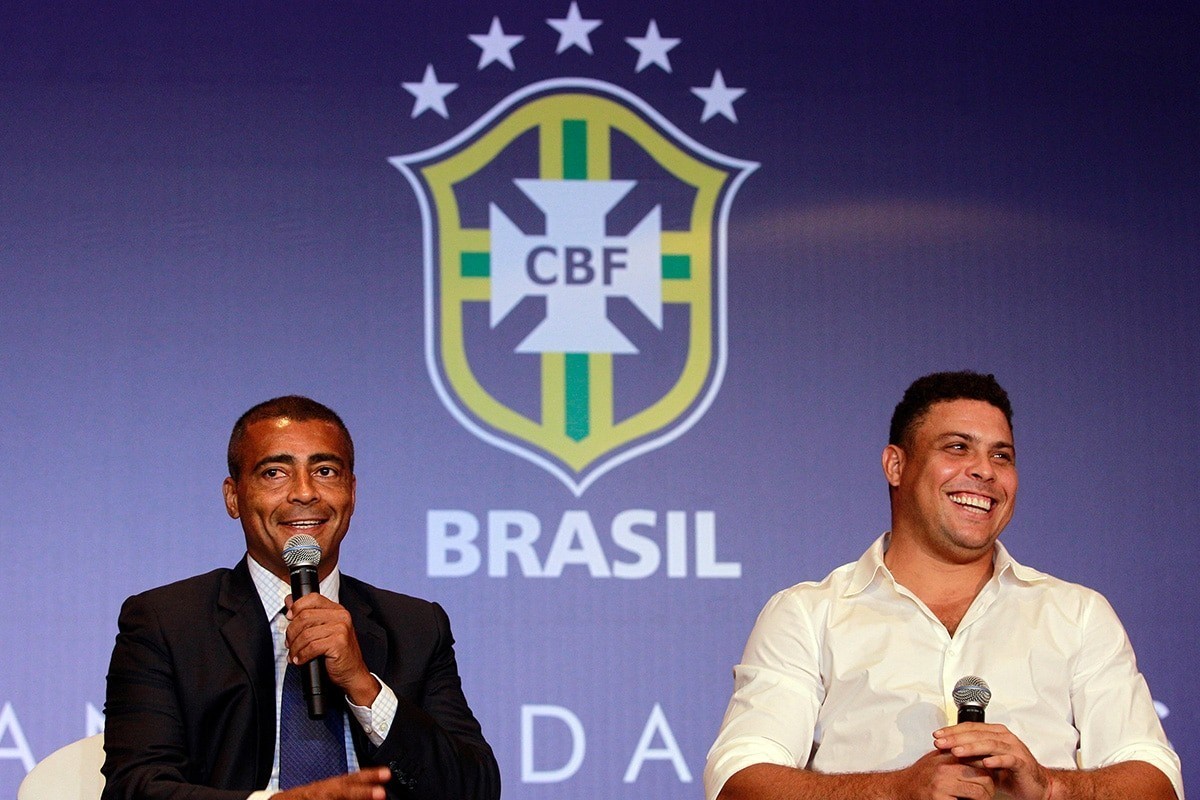 Indeed, fast forward to 1994 and as a mentor to the next samba superstar, it was Romário who told a young Ronaldo Nazario to take the same route to the top via a stint with PSV.

During his time in Eindhoven, Romário compiled an incredible record of 165 goals from 168 games, helping the Rood-witten win three Eredivisie titles and two KNVB Cups, marked the Brazilian forward out as one of the planet’s premier marksmen.

In 1993, he joined one of Europe’s elite clubs. At the time, under Cruyff, Barcelona were reigning champions of Spain and just a year removed from their first ever European Cup triumph.

Cruyff’s ‘Dream Team' already boasted such talents as Michael Laudrup, Pep Guardiola and José Mari Bakero, but it was in Bulgarian powerhouse Hristo Stoichkov that Romário found a partner in crime. The two formed the most devastating strike partnership on the Continent, as their goals – 32 from 47 games for Romário – powered Barça to their fourth successive La Liga title and the European Cup final, where they fell to defeat to Fabio Capello’s AC Milan.

The following season, the wheels began to fall off for the ‘Dream Team' and, after a fallout with Cruyff, Romário returned to Brazil to play for Flamengo.

But the goals continued to flow: over the next four years, Romário scored 184 times in 163 games for the Rubro-Negro. The only disruption to which were two short-lived spells back in Spain with Valencia. The first, in 1996, saw the Brazilian make just five appearances for Los Che before returning to Flamengo having fallen out with manager Luis Aragonés; followed by a seven-game stay at the Mestalla which ended after Romário decided his World Cup 98 preparations would be better served his homeland.

Romário saw out his career by bouncing around several Brazilian clubs – including another three spells with Vasco – as well as short stints in Qatar, the USA and Australia.

He may have been somewhat of a nomad throughout his club career, but no player was more singularly dedicated to his national team than Romário was to Brazil.

A 13-year international career saw Romário amass 70 caps and score 50 goals, making him Brazil’s third-highest all-time scorer, with a goals-to-games ratio that is bettered by only Pelé and Ademir of all the players to make the top 10.

Romário’s crowning glory on the international stage was Brazil’s 1994 World Cup triumph in the USA. The then-Barcelona player scored five goals and was named Player of the Tournament for his part in securing his nation’s fourth World Cup; he would also be crowned World Player of the Year in 94, having been runner-up the previous year.

He would, however, miss the next two World Cups; a scan revealed a muscular injury that precluded his inclusion in the Seleção squad for France 98, and in Japan & South Korea 2002 – despite being in fine form for Vasco, the then 36-year-old was omitted from Luiz Felipe Scolari’s 23-man selection. 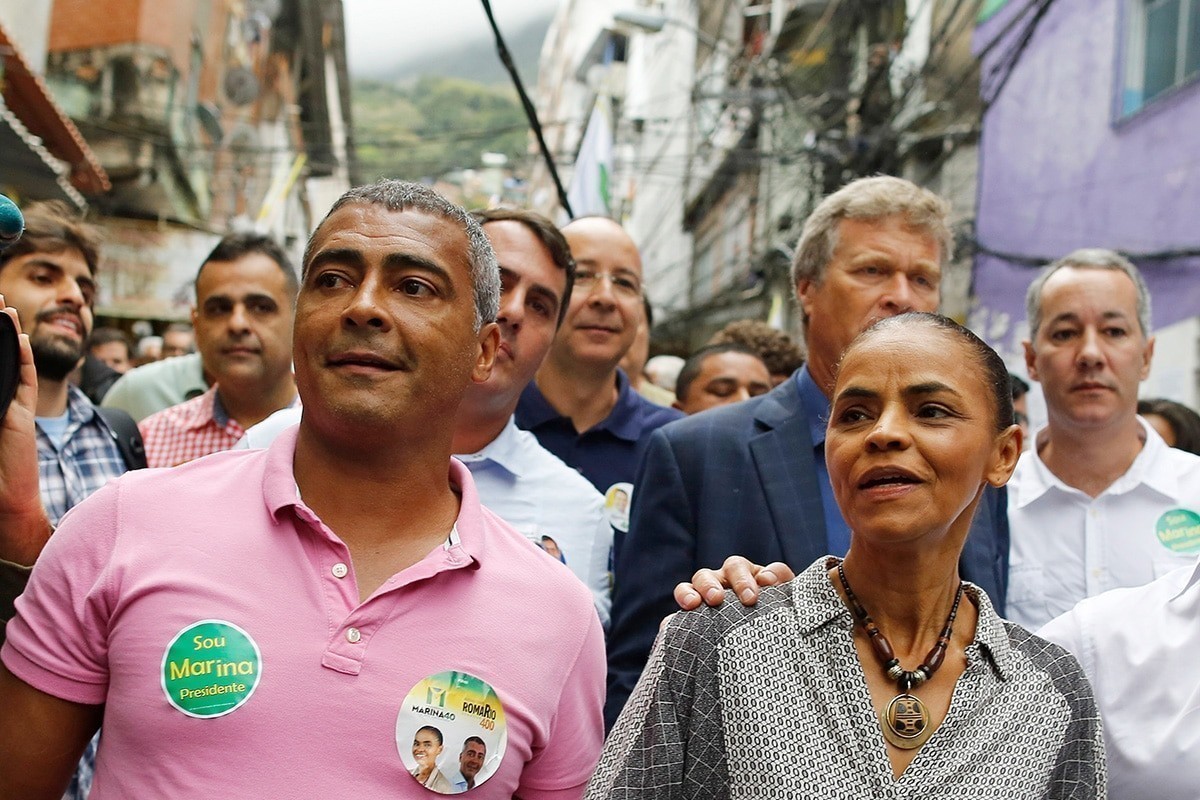 After hanging up his boots, Romário parlayed his status as man-of-the-people into a political career. In the run-up to the 2014 World Cup in Brazil, Romário openly criticised the government for pouring funds into the tournament’s organisation while neglecting the country’s public health and education sectors. “I never thought the World Cup would solve all of our problems, but now my fear is that this mega event will only deepen the problems we already have,” he said in 2013.

The following year, Romário was elected to the Brazilian senate, gaining a record number of votes for a Rio de Janeiro candidate.

If Romário positively affects the lives of a tenth as many people as a politician as he did during his football career, he’ll be doing very well indeed.

In Brazil, the star player on a team is known as a ‘craque' – usually the player who most embodies the joga bonito (play beautiful) spirit; Romário was the ultimate craque.

Romário was described by Diego Maradona as one of the two greatest players he ever saw – along with Marco van Basten – and noted as a ‘genius of the goal area' by Johann Cruyff; high praise indeed.

But Romário’s abilities were best summed up by the man himself: “There was only one Pele, only one Maradona, and there’ll only ever be one Romário. However, as the man himself once put it, “in the penalty area I consider myself the best there’s been.” No arguments here.