Pep Guardiola has had success in Spain, Germany, and England's top-flight, and while his methods on the pitch may have had to be adapted slightly in each of those chapters one this has remained the same, his teams have always played attractive football and claimed silverware. Some may argue that it's not that hard to win trophies with Barcelona, Bayern Munich and Man City and there may be some truth in that but Guardiola does so with style and that is why people love to watch his teams in action.

We're going to focus on Guardiola's system this season with Man City, looking at how it works, what the key components are, and identifying what, if any, the weaknesses are. 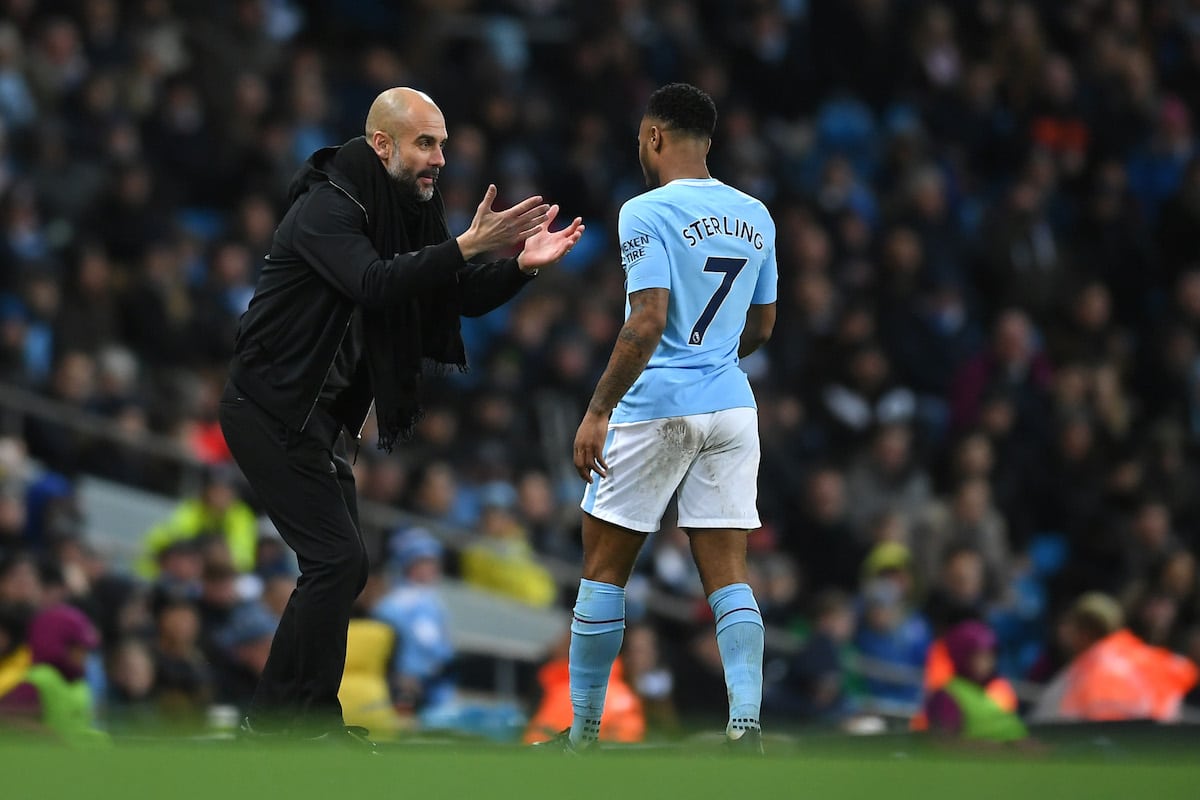 Guardiola understands the fundamentals of modern-day football, possession is key. Now, there are plenty of teams that have success using counter-attacking formations that aren't based around keeping possession but none of them have had the same level of success as Guardiola's Man City. Guardiola likes to set his team up in what you would call a 4-3-3 on paper but due to the fluidity of his side it often doesn't look that way when you see them on the pitch. Many teams adopt rigid formations that are clearly visible when they don't have the ball and this is to make them hard to break down, but the difference with Man City is, they aren't often in a position when they aren't controlling the play.

This season, Man City have utilised a 4-3-3 much like the image below. However, the role of centre-forward/striker is usually played by one of the club's midfielders such as Foden, Sterling or Jesus. Now, many may argue that Jesus is a striker and that is probably true but in this Man City side he is often used in rotation with Man City's other attacking players in a front three that is fluid. 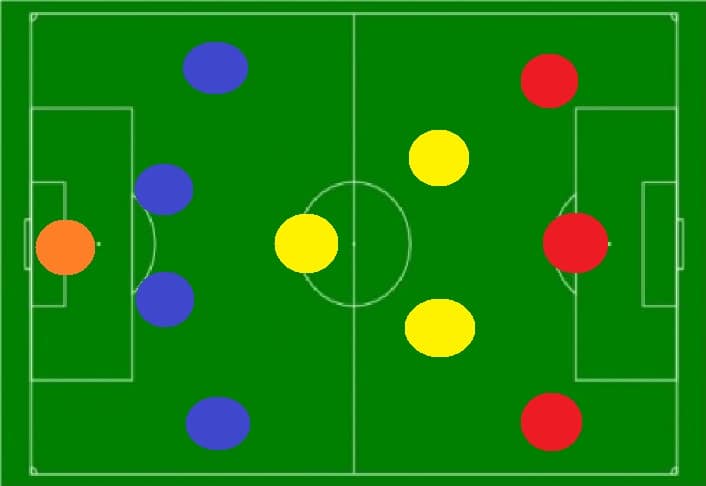 This means that Jesus may start on the right-wing as an inside forward but that is more for the defensive shape and when attacking he and the other two forwards will move around looking for gaps in the defence and space to make themselves available for a pass. This form of fluidity has several effects on a game as it makes Man City's frontmen hard to man-mark but it also frees up space in more advanced positons for the likes of Silva and De Bruyne to drift into and even allows the full-backs to push forward and keep the team's width.

The player operating as the defensive midfielder in this system, usually Rodri or Fernandinho, provides an anchor for the teams that allows the likes of Walker and Cancelo to push on from their full-back positions and maintain some width even though the majority of Guardiola's play is through the middle and involves short passing, working the ball into the box rather than hitting hopeful crosses into forwards who aren't really forwards and lack significant ariel presence. Also, the DM allows the two other central midfielders to push forward meaning that Man City have lots of options for passes which is key when they will often be facing teams that try to pack their defence in order to cut out space and stop Man City from playing their natural way, not that it often works that way for them.

When it does come to defending, Man City do like to press their opponents as soon as they lose the ball but might not do so in the same level of aggression as Liverpool who adopt the now-infamous gegenpress. This is where having a false 9 works in Man City's favour as they have a player that can drop back into the midfield to defend in what would be their more natural position in the first place. Another key aspect to the way Guardiola likes to play that you can't really see on the pitch or in his tactics is rotation. It is rare for Guardiola to put the same starting lineup out for three matches on the run, not just because he has such a talented squad of players but because he likes to keep his players fit and fresh. Also, in games where things might not be going his side's way, Guardiola can look to experience and quality from the bench to change his team's fortunes.

While it could be argued that all the positions in Guardiola's fluid 4-3-3 with a false 9 are key to it working correctly, we've identified some of the positions that are vital to the entire tactic's ability to work as it should.

There aren't many defensive positions in Guardiola's tactics, if you don't include the goalkeeper, we would argue that there are just three solid defensive positions but even they are often involved in the build-up of their attacks. As mentioned above, the defensive midfielder position or anchorman role, is played by Rodri or Fernandinho. Providing this role for the team not only allows the other central midfielders to venture forward but also give the full-backs the confidence they need to push forward and provide the width, knowing that the defensive midfielder will offer cover if Man City lose the ball and are suddenly hit with a counter-attack. Don't get me wrong, Rodri isn't a simple ball-winner, in most teams, he would be considered a deep-lying playmaker a she is good on the ball but in Guardiola's side his the key link between defence and midfield that allows his side to attack in numbers. 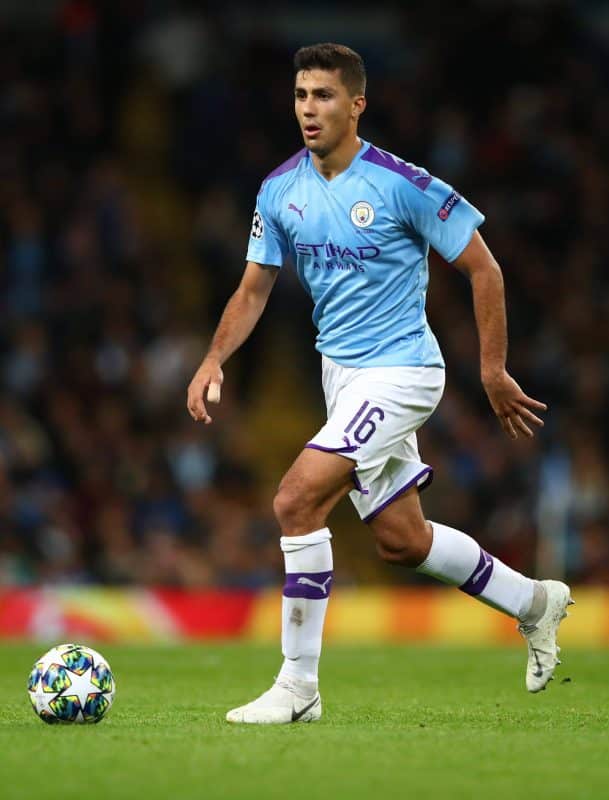 Guardiola hasn't always played with a false 9 and probably wouldn't be right now if Man City had managed to land Harry Kane in the summer. However, this season the likes of Foden, Grealish, Sterling, Mahrez and Jesus have all played in the false 9 position with great success and while none of these players have made it into double figures in Premier League goals so far, they have all done their part, chipping in with goals and assists, to keep Guardiola's side at the top of the table.

Weakness: Lack of a natural goalscorer 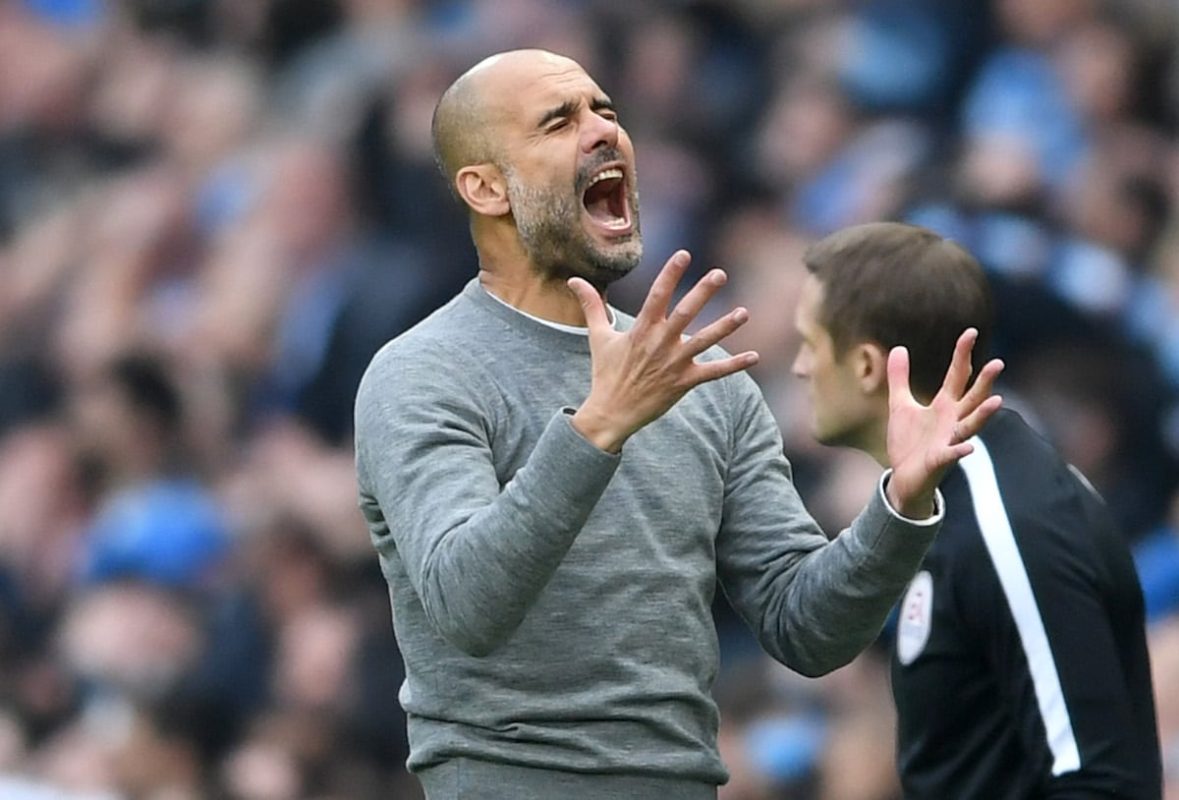 As things stand, with Man City top of the table and looking like the champions-elect, it's hard to pinpoint any clear weaknesses in the way his side performs. Arguably, the false 9, a position Guardiola was forced into playing this season after Man City failed to sign Harry Kane from Tottenham, could be the only thing that he or anyone else would change about the team. Man City don't have an out and out goalscorer in their side and this has led to a few disappointing results over the season, such as their recent 1-1 draw with Southampton or their defeat to West Ham in the League Cup (0-0 on the night and losing on penalties); but overall they still look odds on to win the title. However, Guardiola's failure to win the Champions League with Man City is frustrating, especially when he will have watched Klopp lift the trophy with Liverpool and maybe not having a natural striker in the side will hinder him yet again this season.