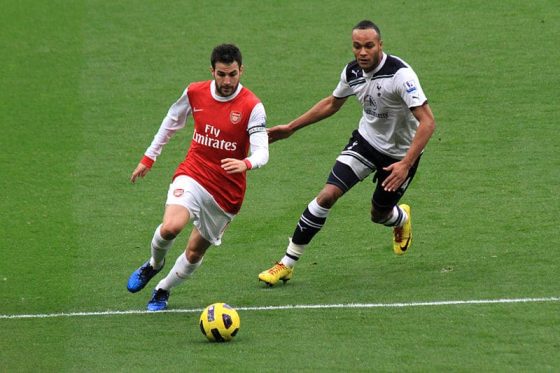 Is there anything more exciting in Premier League football than a derby? Tackles fly in, cards are dished out, and fans are in fine voice as pride is put on the line.

Fortunately, one of the most fiercely contested Premier League derbies is fast approaching, with Tottenham Hotspur hosting Arsenal in the North London derby on Thursday night.

But it’s not just pride on the line, with fourth place in the league table looking increasingly like the prize for this feisty encounter. Arsenal currently occupy the all-important fourth spot, with Spurs four points behind in fifth.

Here are five of the very best derbies currently on show in the Premier League:

The A23 derby gets its name from the fact that the A23 road connects Brighton to Croydon, with the media often using the M23 nickname, despite the motorway not directly connecting the two places.

Another reported origin of the rivalry comes from several controversial matches between the two clubs in the 1970s when Palace manager Terry Venables and Brighton manager Alan Mullery didn’t see eye to eye in the dugout.

It may not be the two most glamorous clubs involved, but lately, this fixture is certainly one tuning in to. The Eagles and the Seagulls have slowly but surely turned up the heat on the pitch in recent years.

Again, it’s a derby that has certainly grown in importance over the years and that is undoubtedly because of the riches and success that the boys in blue have enjoyed in recent times.

Mario Balotelli is a name closely connected to this fixture for his on-field antics, a day when City ran riot at Old Trafford in a 6-1 win. The blue half even got one over their rivals on a day when they weren’t even playing each other, with Sergio Aguero’s title-winning strike in 2011/12 breaking Man Utd hearts.

But the red half of the city have enjoyed plenty of magical moments against their neighbours, with Michael Owen’s last-gasp winner and Wayne Rooney’s stunning bicycle kick right up there with the very best moments in football rivalry history. 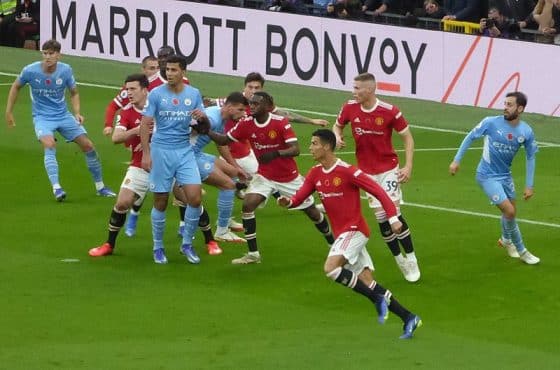 The Gunners and Chelsea may consider themselves involved in a London derby, but Arsenal versus Spurs is undoubtedly the main event, and one of the most competitive games in the Premier League calendar. And importantly for the neutrals, it’s a fixture that seems to always produce plenty of goals.

This includes a 5-1 Spurs win and a thrilling 4-4 draw… in the same year! Strikes from the likes of Thierry Henry and Paul Gascoigne come to mind, as does a wonder goal from David Bentley.

But along with the goals come the fights, crunching challenges, and sheer drama that all good derbies deserve. Perhaps we can expect more of the same when the clubs go head to head at the Tottenham Hotspur Stadium on Thursday evening.

The two clubs have simply never gotten along, with fans, managers and players alike all well versed in the hatred. With the two sides rarely meeting in cup competitions, the fixture only really seems to come about twice a season, making the encounter even more special than it already is. A win in the North-West derby is crucial, not only for points but also for pride.

Recent matches have seen the Merseyside outfit stroll home to victory, but it hasn’t always been that way of course. The Red Devils long held the bragging rights in this battle, with the likes of Wayne Rooney, Paul Scholes and Rio Ferdinand always enjoying coming up against an inferior opposition for many years.

If there was ever a derby made for the constant mammoth tackles, the non-stop abusive language, and the animosity between two enemies, it is the Merseyside derby. It’s known throughout the world but matters most in and around the streets of Liverpool.

The likes of Reds legend Steven Gerrard and Toffees hero Tim Cahill have both enjoyed success in this encounter in the modern era, with the blue half of the city often more than holding their own against their old rivals. 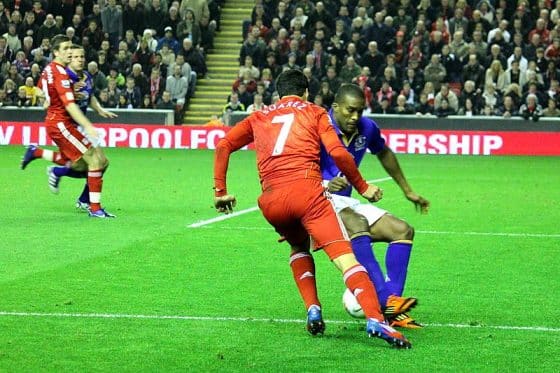 There are, of course, a handful of derbies that have slightly faded from view due to certain clubs falling down the football ladder. But they are still as competitive as ever.

The Tyne-Wear derby between Newcastle and Sunderland is a huge day for all involved, as is the feisty grudge match between West Ham and Millwall, also known as the Dockers derby. The Birmingham derby between Aston Villa and Birmingham is another headline event.

And while taking place in Wales, the battle between Swansea and Cardiff takes place on English soil, and can definitely be counted as a hugely competitive derby in the football calendar.

Fans of each club will no doubt believe they are part of the most fiercely contested fixture in English football, but which is the biggest derby of them all?

All head to head statistics are taken from 11v11.com.