Stern des Südens (Star of the South), Die Roten, Der FCB, FC Hollywood, or quite simply Bayern Munich – Germany’s most successful and of the Europe’s finest teams ever. The German giant has been founded 116 years ago, but it wasn’t before the late 60’s that they established themselves as the strongest club in their country and set down the foundations of their domination in decades to come, winning 26 Bundesliga titles in the process.

Since then, Bayern has been able to translate and demonstrate their power in Europe too, as they appeared in ten Champions League finals, lifting the trophy on five occasions.

All these successes would of course be impossible to achieve without a huge number of amazing talents that wore their shirt over those years. It is quite a challenge to pick an all-time starting XI of a team that can boast with players who have grabbed so many individual and team awards during their illustrious careers, but it is a challenge that Football Whispers were willing to embrace.

Due to the chosen 3-5-2 formation, there will be no place in the team for some great wingers such as Uli Hoeness, Franck Ribery. The aim is however to create a functional and balanced team rather than filling it with all the stars that played for the Bavarians.

No.1 position would already cause much controversy, especially when you have in mind that current Bayern’s shot-stopper is not even considered for this role. Manuel Neuer arguably is the best goalkeeper today, but he still has some way to go before his name is mentioned in the same breath with Sepp Maier and Oliver Kahn. Between the latter two, you might as well flip a coin to decide who would find their place between the sticks.Both of them have decorated themselves with all the major trophies which one player can have at the end of his career.

Kahn spent fourteen seasons with the Bavarians and was considered twice for the Ballon d’Or award, each time finishing among the three finalists. He was voted four times as UEFA’s best goalkeeper and was also named Bundesliga’s best keeper on seven occasions.

On the other end, Maier was voted as Germany’s goalkeeper of the century and was awarded with the ‘German Footballer of the Year’ three times during the 70’s, so a slight advantage is given to ‘the cat of Anzing’ who spent eighteen years at Bayern’s goal-line.

The current Bayern skipper will likely go down in history as one of the greatest full-backs that ever stepped on the field. Lahm is renowned for his tactical intelligence, leadership skills, high work-rate and versatility which allowed coaches to use him in different positions throughout his career.

Lahm is the most intelligent player he ever coached and when such praise comes from a manager of such stature, nobody can doubt the abilities that Lahm possesses.

Not all of his attributes are mental though, as Lahm is capable of attacking and defending in equal measure, with his distribution of the ball, movement and perfectly timed tackles being just a small part of his admirable game. 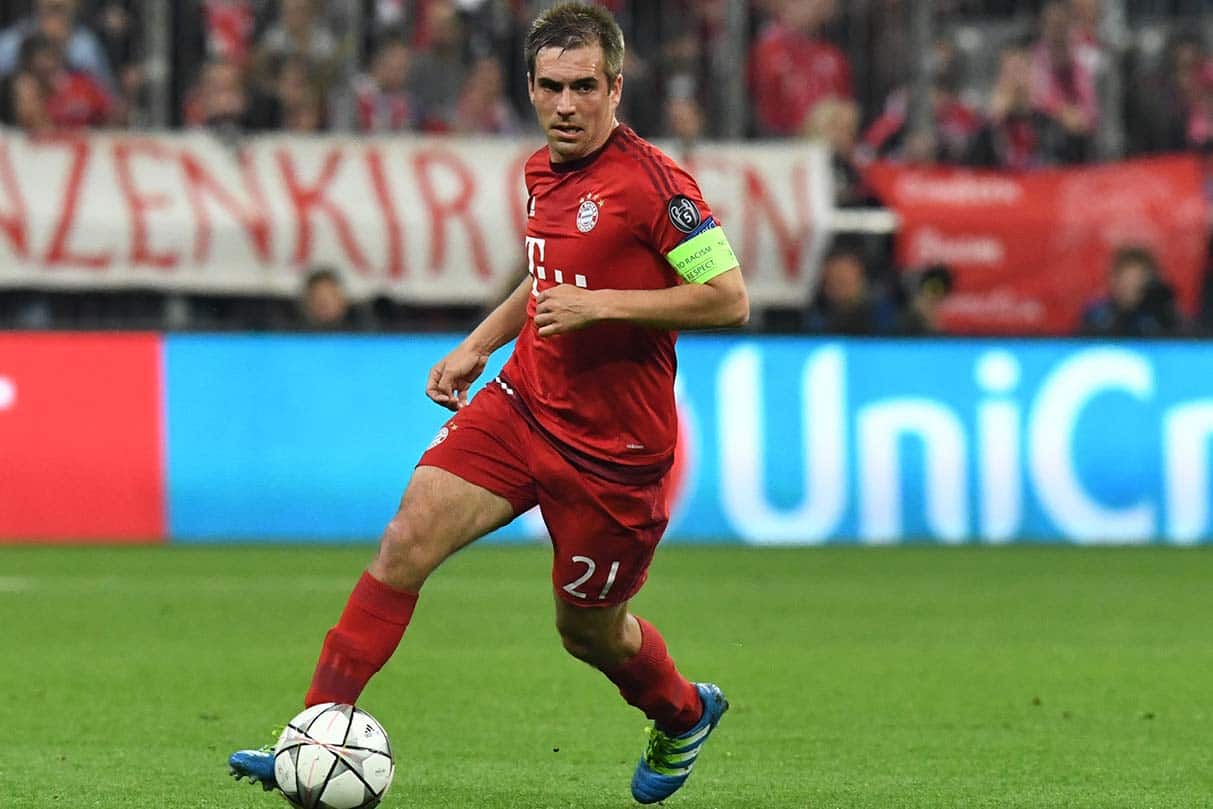 Before he became a European champion in Brazilian Jiu-Jitsu in 2009, Lizarazu was actually a great left-back who joined Die Roten in 1997.  He was an important cog of the team that won five Bundesliga titles and the same number of German Cups, as well as the Champions League trophy in 2001.

Lizarazu was a dedicated, hard working player who was known for his lighting pace and accurate crosses which quite often caused all sorts of trouble to opposition.

Even though he was French, he had a mentality of a typical German which is only one of the reasons that makes him a perfect pick for this position.

Quite possibly the most complete player ever. Beckenbauer was a defender, a playmaker and it was not a rare occasion that his name was on the scoresheet. He is regarded as a player who invented the role of a modern sweeper (or libero) and played it to perfection.

Der Kaiser (The Emperor) was a joy to watch because of his elegancy, control of the ball and ability to dictate the tempo of the game.

He won two Ballon d’Or awards (1972, 1974) and was a main star of the team that won three consecutive Champions League trophies in the mid-seventies. A Munich’s and Germany’s institution. 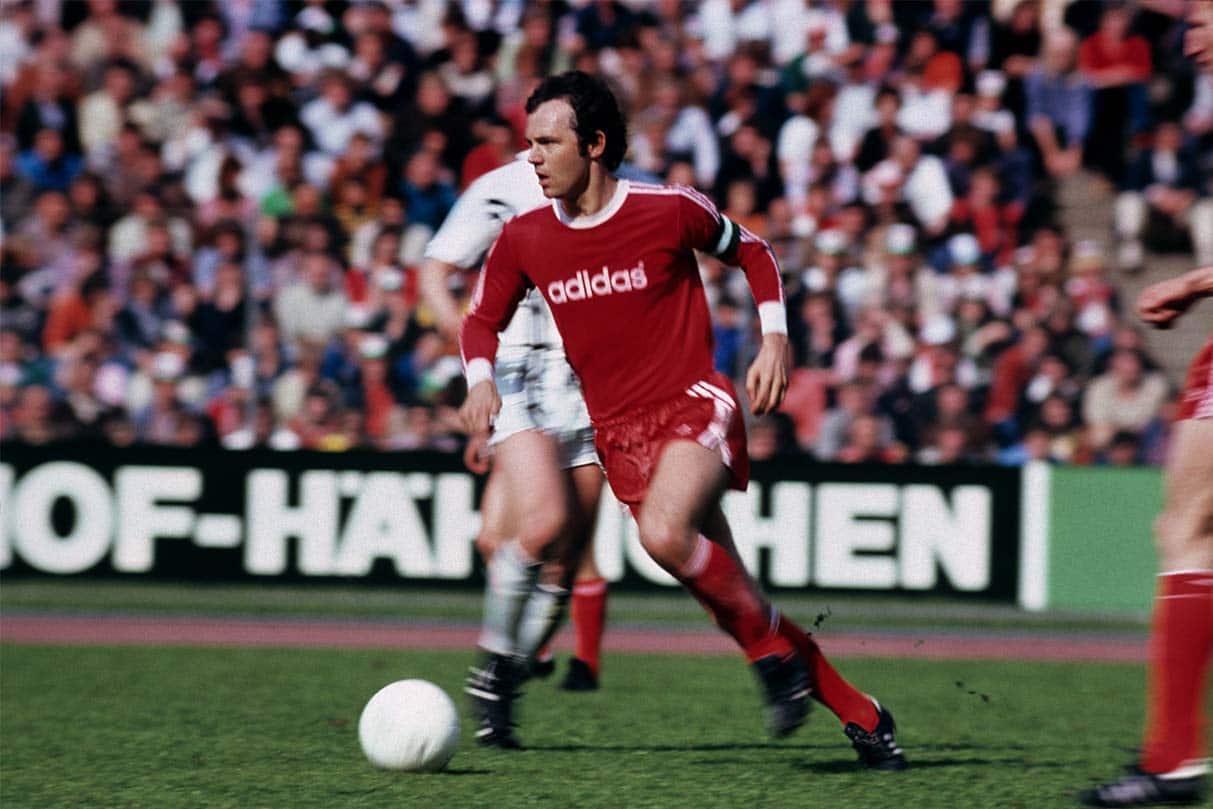 Schwarzenbeck was often overshadowed by his more famous teammate Beckenbauer, but he obviously didn’t mind that as he spent his entire career wearing the Bayern shirt. Although he was not very skillful and elegant, it was his aerial ability, astute positioning and hard tackling that were essential to Bayern and which simultaneously allowed Beckenbauer to flourish in his own role.

Imperious, dominating and for some a frightening figure, Shwarzenbeck’s contribution in the 70’s must not be neglected as he definitely deserves a place in this lineup.

Another player who was beside his defensive artistry lauded for his magnificence when in possession, ‘Auge’ became an icon of Bayern during the ‘80s. Champions League trophy eluded him as Bayern was beaten twice in the finals of the competition (1982, 1987), but he was nevertheless an instrumental part of the team that enjoyed a great domestic success, winning seven Bundesliga titles and three German Cups in the process.

In the latter stages of his career with the Bavarians, he was mostly used in a libero role in which he excelled and as a result was often compared to Beckenbauer.

Versatility has never been uncommon, but you can hardly find a player in football’s history that was considered as the best in the world in two different positions. Breitner was that player.

In his first spell at Bayern between 1970-74, he was a roaming full-back that was capable of both attacking and defending, but his game really stood out thanks to his creative mind and ability to link up with his teammates.

After his adventures with Real Madrid and Eintracht, he returned to Bayern in 1977 as a refined prolific midfielder and spent another six fruitful years in Munich. During the period he formed a telepathic connection with the forward Karl-Heinz Rummenige and as a result the club was often referred as ‘FC Breitnigge’.

A true German legend, Matthaus also had two stints with Bayern. From 1984 to 1988 he was a box-to-box midfielder or occasionally a No.10, known for his thunderous shot, impeccable passing, excellent movement and tactical intelligence. During that time he managed to pick three Bundesliga titles, but his side lost to Porto in 1987 Champions League final.

Upon his return from Inter in 1992 he became an impressive sweeper that led Bayern to more domestic success, but suffered another heartbreaking loss in the Champions League final, this time from Manchester United in 1999. He retired at Bayern at the age of 39 which is a vindication of his incredible longetivity as a player. 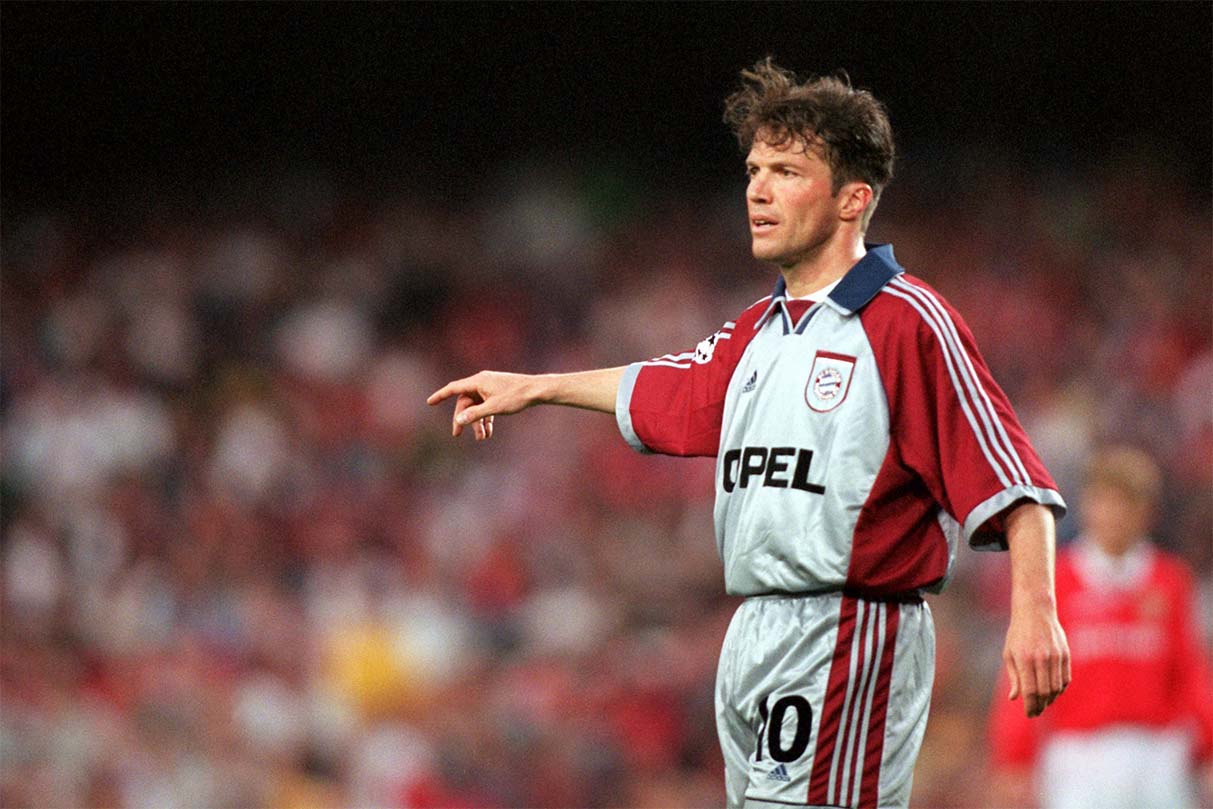 Before his move to Manchester United in 2015, Schweinsteiger previously spent thirteen professional seasons at Bayern where he was the brain and the main engine of a team that won eight Bundesliga titles and appeared in three Champions League finals, winning one of them.

Throughout his time there he was used in every single position in the midfield and he was doing a stellar job in each of those. An indefatigable worker with neat technical skills and great sense of positioning Schweinsteiger is one of the rare recent players that would deservedly find his place in Bayern’s all-time XI. 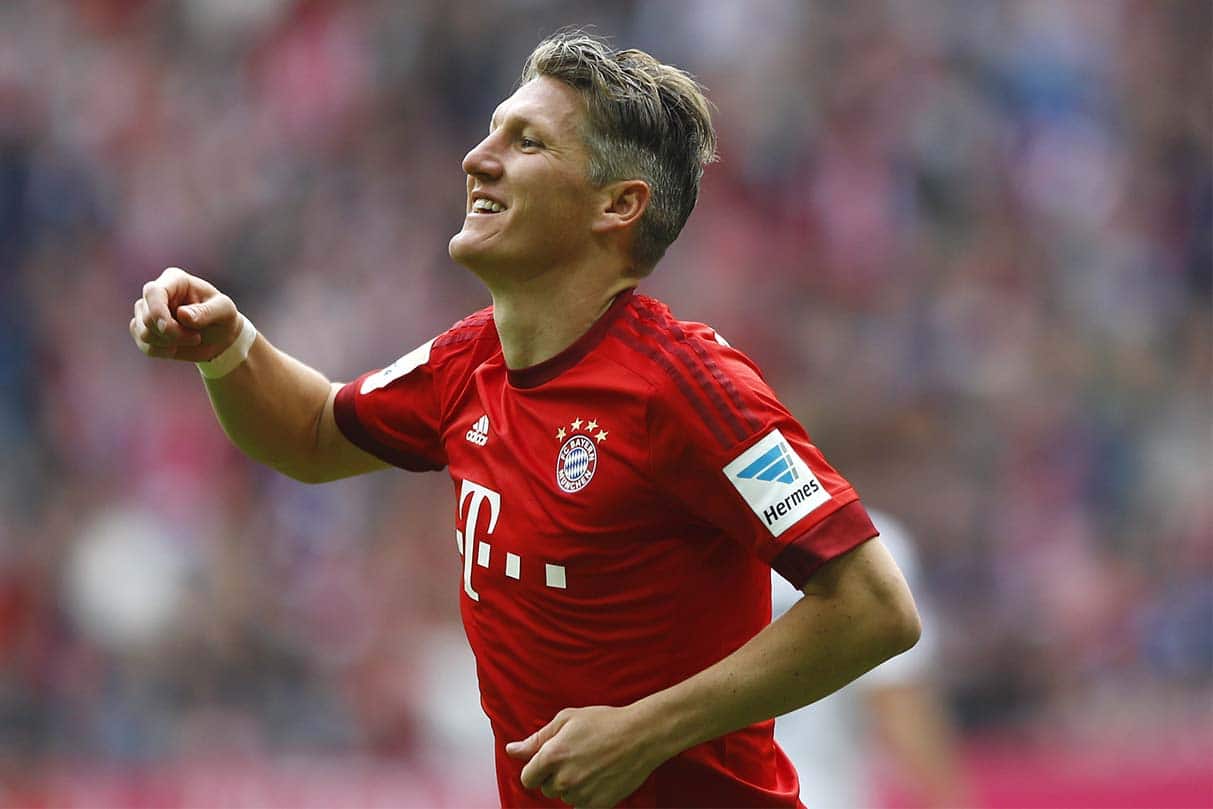 In his ten years at Bayern (1974-1984), Rummenigge was the most skillful player that Germany could offer at the time. He was a nightmare for the opposing defenses with his direct runs, shots from distance and brilliant movement in the final third.

He received two Ballon d’Or awards in 1980 and 1981 and in in almost 400 matches for Bayern he netted more than 200 goals becoming their second most prolific goalscorer in Bundesliga history. ‘Kalle’ has enjoyed great success with Bayern managing to win the Champions League, two domestic league and cups.

Before Lionel Messi and Cristiano Ronaldo showed up to the scene, it was impossible to imagine a player that would match the goal ratio that Gerd Muller produced for Bayern.

In fifteen years he spent at Bayern (1964-1979), Muller appeared in 605 matches and scored 564 goals in all competitions. He was a ghost for his markers and it was said that opponents were often unaware of his presence on the field until they looked at the scoreboard and saw Muller's name plastered all over it.

He is still the only player in the Bundesliga that was able to score 40 goals in a single season. Muller will go down in history as the most deadly No.9 that ever emerged from Bayern Munich’s ranks. 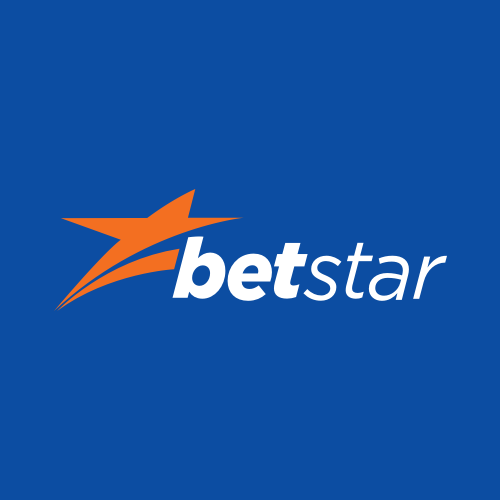 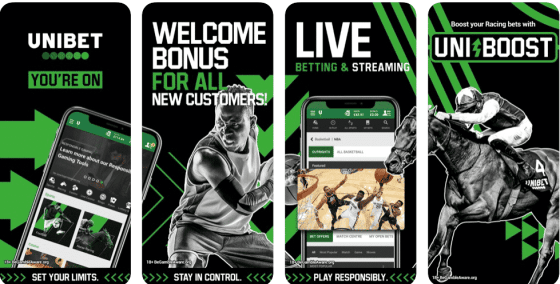