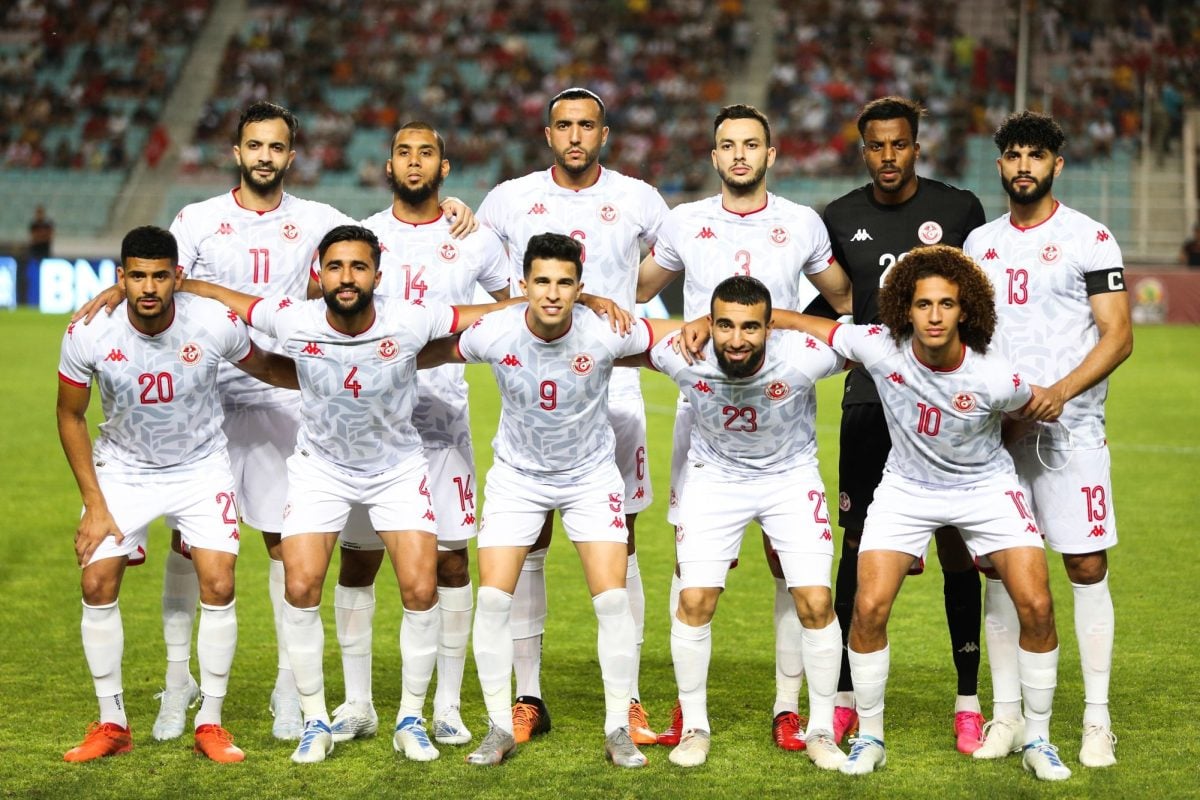 Tunisia will be among a party of five African nations competing at World Cup 2022, though like many of their continental counterparts, the Eagles of Carthage will arrive in Qatar listed as favourites to exit the tournament at the group stage.

Drawn in Group D alongside defending champions France, Euro 2020 semi-finalists Denmark and a dogged Australia team, a short and arduous World Cup campaign is on the cards for Tunisia, who have never made it beyond the tournament’s group stage in five previous attempts.

With recently-appointed Head Coach Jalel Kadri at the helm, Tunisia will take a mix of home and European-based players to Qatar, though they have yet to announce their official squad for the competition.

Below, we’ve taken a look at some the Tunisians likely to make the cut for World Cup 2022.

Jalel Kadri replaced Mondher Kebaier as Tunisia’s Head Coach back in January, however, having been involved in the country’s international set-up for a year before that, he should have a handle on the players worthy of inclusion in his World Cup squad. 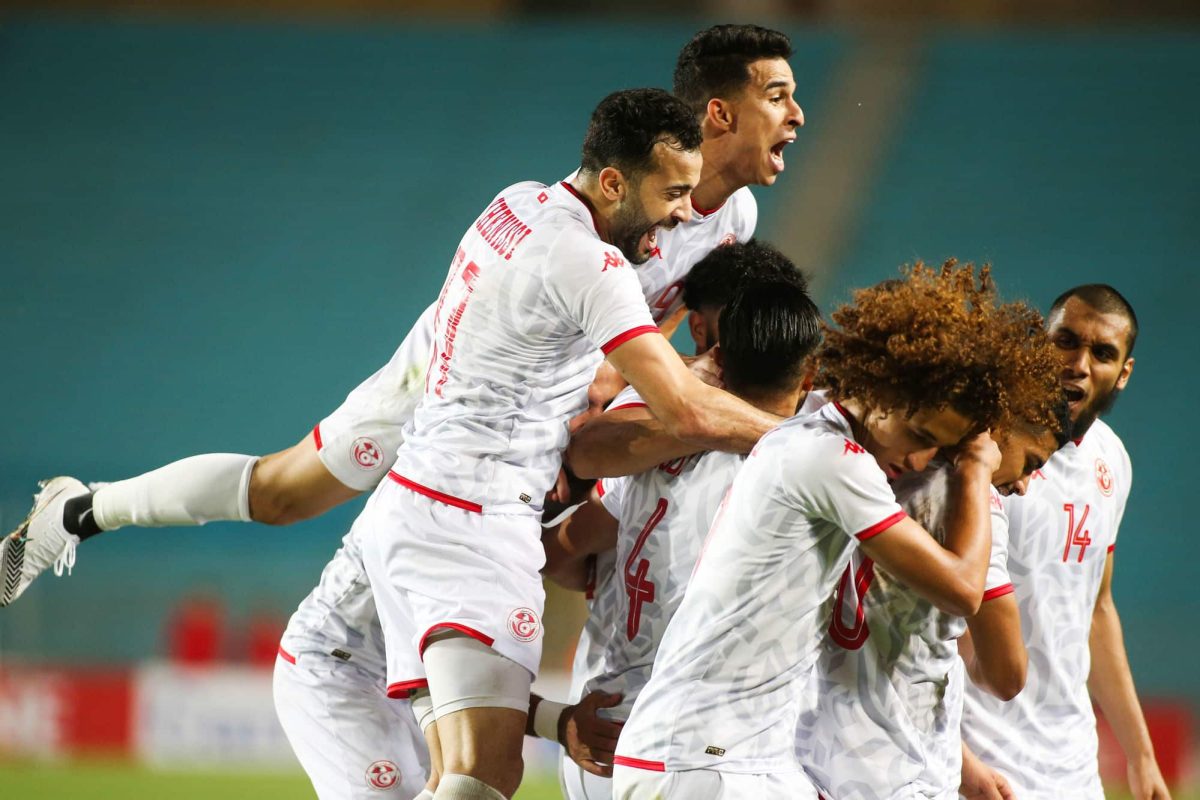 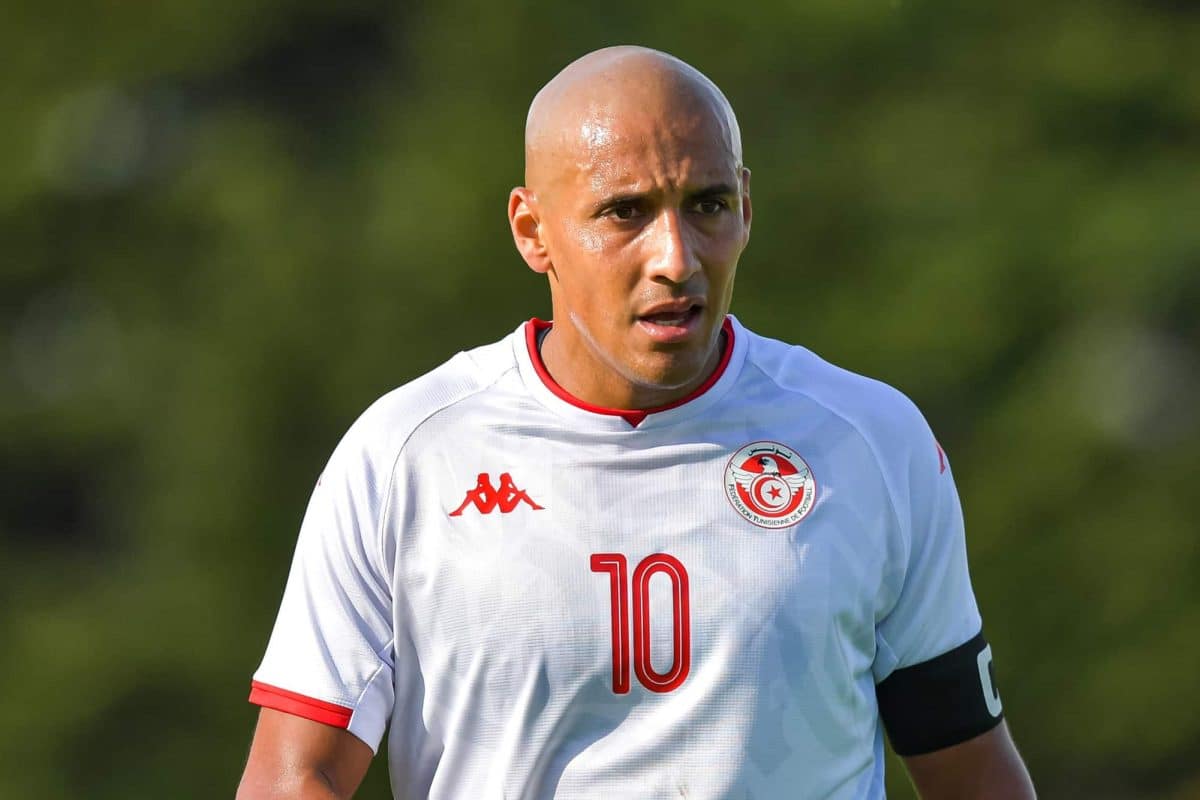 Below, we’ve taken a closer look at some of the Tunisian players likely to feature prominently for the Eagles of Carthage at World Cup 2022 in Qatar.

Wahbi Khazri – Burly centre-forward Wahbi Khazri is one of just a couple of Tunisia players to have scored at a World Cup before. Khazri scored two group game goals when the Tunisians competed at Russia 2018 and the Montpellier striker – who is still a force to be reckoned with in Ligue 1 – looks like his country’s likeliest source of goals again in Qatar.

Ellyes Skhiri – Holding midfielder Ellyes Skhiri has been a key component in FC Koln’s XI in the Bundesliga this term and his ability to win the ball back in central areas should make him just as vital a player for Tunisia in Qatar. Named Tunisian Footballer of the Year for 2021, Skhiri is the glue that holds the Tunisian midfield together.

After a surprising draw with Denmark in the opening game, Tunisia's chances of getting out of Group D have significantly risen. Yes, the Danes and clearly the French are still ahead of them as the favourites, but Tunisia showed that they shouldn't be written off in advance. So, the team now has two more games to play in group stages:

Even before the tournament started, most people saw France and Denmark in the knockout stages from Group D. However, Tunisia managed to draw with Denmark in their first game at the tournament and now they are seen in a more positive light, even if the odds on them making the next stage didn't change that much considering the surprising outcome of that game.

With that in mind, let's take a look at some of the outright odds for Tunisia at the moment:

As we see from these odds, Tunisia is still the outsider when it comes to their chances to reach the knockout stages. However, they are seen as the most likely team to finish third in Group D, ahead of Australia.

Who will Tunisia play first at World Cup 2022?

Tunisia will start their World Cup 2022 campaign against Denmark on November 22nd.

Who has the most caps in Tunisia’s squad?

With 87 appearances, skipper Youssef Msakni has collected the most caps in Tunisia’s current squad.

Who is Tunisia’s manager?

Jalel Kadri has been in the hotseat at Tunisia since January earlier this year.

What is Tunisia’s nickname?

Tunisia are known as the Eagles of Carthage.