Switzerland will participate in their fifth straight World Cup finals, and the veterans of the qualification system will be grouped with one of the favorites to win the title, Brazil alongside Serbia and Cameroon. Switzerland's manager, a former player himself, Murat Yakin has selected his team for the tournament in Qatar. 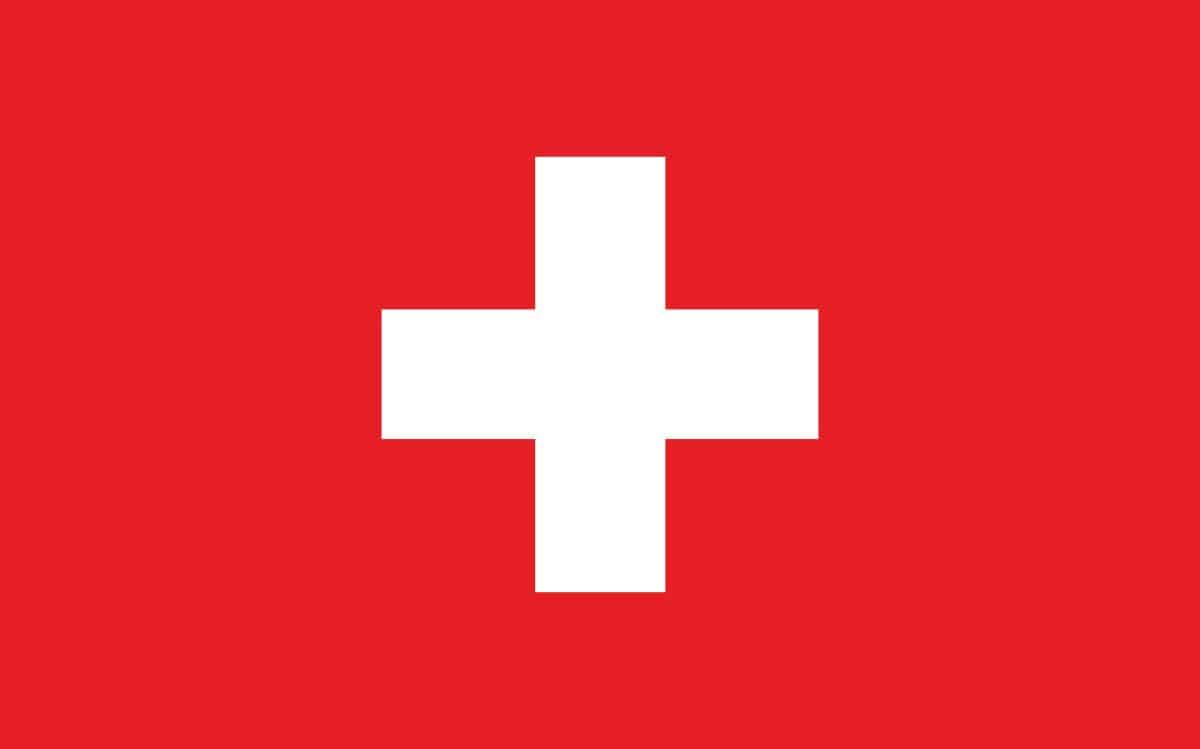 The final deadline for all the teams to report their teams for the final tournament is November 13th, but most of them already know their ideal team. Yakin has selected the best that Swiss football can offer at this moment in time, so this will be a breakdown of the official Swiss team roster for the World Cup.

There is no doubt who will be the starting goalkeeper for the Switzerland team in Qatar. A 33-year-old Yann Sommer is one of the best netkeepers in the Bundesliga, a veteran who defends the goalposts of Borussia Monchengladbach. He has accumulated almost 300 caps for the Bundesliga side and has 76 for his national team. He is one of their most capped players.

Many teams select only three goalkeepers, but for this World Cup, FIFA allowed 26 player rosters compared to the 23 that were usually available, so some of the managers chose to take an extra keeper just to be on the safe side. Jonas Omlin is the more experienced one, playing for French side Montpellier, while Gregor Kobel and Philipp Omlin will be pleased to get a chance and see the World Cup up close.

Who will play in defense?

There are some big-time players on the defensive end for Switzerland. Manchester City's Manuel Akanji stands out. He was brought in by the Citizens from Borussia Dortmund and thus far has accumulated seven appearances for the England champions. Fabian Schar is part of the Newcastle resurgence in the Premier League getting his chance regularly. The most capped player for the national team is Torino's, Ricardo Rodriguez. He spent three years with AC Milan before moving to Turin. Switzerland will provide a strong lineup to defend the goal and will like their chances against the best that Brazil, Serbia, and Cameroon can offer.

The Midfield lineup for the Swiss World Cup Squad

The part of the team that features the most players is the midfield. There are some star-studded members of the squad, players with vast experience playing on the biggest stage. Murat Yakin selected a good mix of senior and young players, and it will be interesting to see how he puts this team together. Xherdan Shaqiri and Granit Xhaka are only 31 and 30 years old respectively, but already they accumulated over one hundred caps for their country. Shaqiri left Europe and settled in Major League Soccer playing for Chicago Fire, while Xhaka is still going strong wearing an Arsenal jersey, the current Premier League leader. 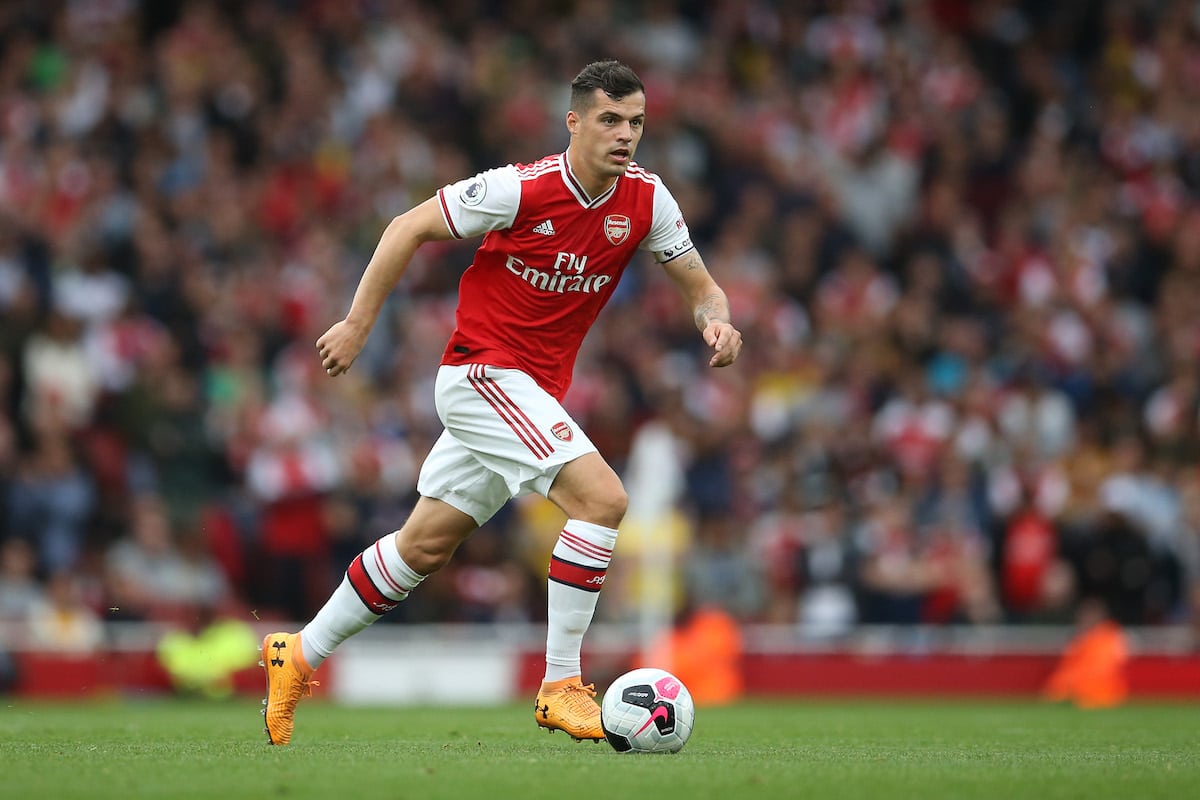 From the ‘mix' part, the most important player of the younger generation is Denis Zakaria who plays for Chelsea, and already has 42 caps for his country. Unfortunately, he is having some injury problems, so it will be curious to see how, or if Yakin will use him in Qatar. By selecting youth with the experienced side of the team, Yakin is already preparing Switzerland for the next window of tournaments. The Swiss had impressive EUROs last year finishing the tournament in the quarterfinal stage, and now are ready to make further progress among the world's elite.

Haris Seferovic is Switzerland's team legend and will play in his fifth big tournament. He played in the World Cup in 2014, and four years later, while also playing in the last couple of iterations of the European Championships. He was capped 88 times and scored 25 goals. However, he will have tough competition from the newest star of the Swiss national team, Monaco's Breel Embolo. He has already been featured 58 times for his country even though he is only 25 years old. Embolo is in the middle of a great season for Monaco scoring seven goals in Ligue 1 and playing in 14 matches. Noah Okafor is the one the watch for, a 22-year-old is establishing himself in the football world by showing some great talent for Red Bull Salzburg. He is one of many talented players developed by the Austrian champions in recent years.

It's hard to find a fault in the way Murat Yakin chose his team. But, there is always someone who could have been given a call-up. From the goalkeeping position, Yvon Mvogo plays for a Ligue 1 surprising package Lorient. Steven Zuber has featured 51 times for his country but he won't see the World Cup in Qatar. The same goes for 28-year-old Kevin Mbabu.

Switzerland will make their 12th appearance at the World Cup with the best finish in three quarter-final advancements, but that was in another life. The Swiss have made steady progress over the years, building a system that draws talented players from different circumstances. They are not afraid of the big stage, especially in this new era of the national team led by Murat Yakin.

Switzerland's fans will fondly remember a five-year period when Vladimir Petkovic was in charge, and the hope is Murat Yakin can take this team to the next level. They are very well equipped in every position, and they will like their chances in a tough group. Brazil is the one to watch for, not only for the group stage, but as the favorite to win the tournament, and it seems Serbia and Switzerland could fight it out for the second spot.

Not only is he the second most-capped player for Switzerland, but he is also their most important player. He is coming to the World Cup with an excellent run of form for Arsenal, who are leading the pack in the Premier League. Xhaka transcends the spirit of the Swiss national team, playing with purpose, and being the captain. His playmaking ability will be the key for his team, making sure all the connections are valid and with purpose.

The young Monaco striker will get his proper chance to shine on the world's biggest stage, trying to emulate his form in Ligue 1 into the World Cup. He is one of the most exciting talents that Switzerland had in years, and it seems he is finally getting his true chance to prove his worth. Even though he is only 25 years old, he already has experience playing in some of Europe's best leagues, before he joined Monaco he starred for Borussia Monchengladbach.

The Swiss are not among the favorites to win the World Cup, but they do have a fair shot at advancing past the group stage. They are grouped alongside Brazil, Serbia, and Cameroon. Brazil is the obvious favorite to win the group, but Switzerland has the second-best odds to take the top spot, mostly in the 9/2 range. However, SBK prices them at 29/5.

The Swiss have high hopes for this World Cup, but what will they realistically be able to do? Let's take a look at some of our top betting tips for Switzerland:

Switzerland to Be 3rd in Group G

While Brazil is the clear favourite in the group and Cameroon the clear outsider, Switzerland and Serbia are practically neck and neck in the race for the next stage. And while Switzerland got one over Serbia in Russia four years ago where they also met in group stages, we feel that the situation will be reversed this time.

The Swiss got off to a winning start to life in Group G, beating Cameroon by one goal to nil. While their first-half performance wasn't great, Switzerland controlled the second forty-five for the most part and always looked the team most likely to go on and win the game. Now, with 3pts under their belt, the pressure is off the Swiss when they take on Brazil and a draw against Serbia could be good enough to see them qualify.

Switzerland at the 2022 World Cup

Switzerland are level on points with Brazil after one round of matches in Group G following a narrow 1-0 win over Cameroon. The Cameroon-born Swiss striker Embolo scored the only goal of the game early in the second-half, to which the Africans failed to produce a response to Switzerland could and probably should have wrapped up the points with another goal but will just be pleased to have gotten off to a winning start.

Here is how Group G looks after one round of matches:

When did the Swiss make their debut in the World Cup?

Switzerland had its first appearance in 1934 finishing the tournament at the quarter-final stage.

Who is Switzerland's best goal-scorer?

What is Switzerland's FIFA ranking?

What are the odds of Switzerland winning the World Cup?

Some bookies are giving 100/1 odds that Switzerland wins the tournament in Qatar.