Amazingly, at the age of 35 (36 in February), Cristiano Ronaldo remains one of the top footballers in world football. However, the Ronaldo we know now is far different from the one who signed for Man Utd in 2003, and I'm not just referring to all the trophies and awards he has won.

The Portuguese icon's playing style has developed dramatically over his career and at the age of 35, it is still evolving. This might not seem out of the ordinary as almost all professional footballers see their playing style change as they lose some of their pace, but for a world-class superstar to be able to stay at the top level well into their mid-30s is practically unheard of, unless you're a goalkeeper that is. 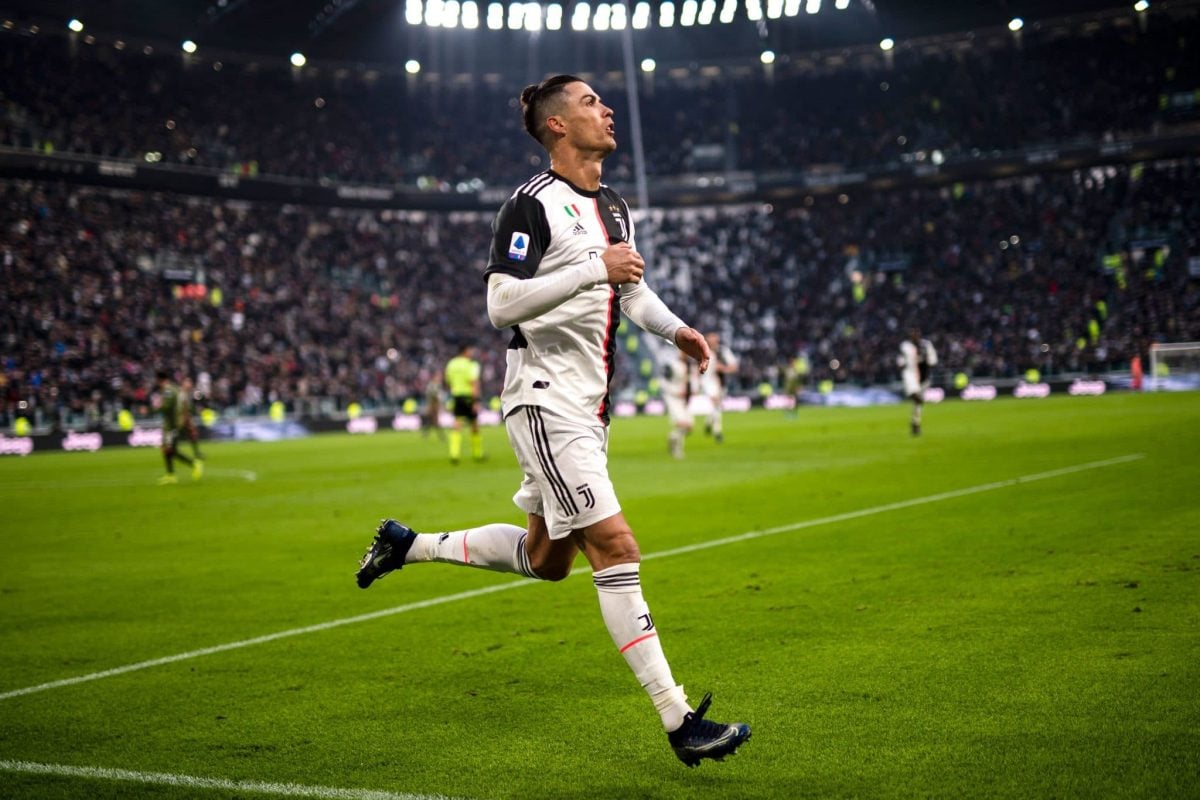 Ronaldo signed for Serie A giants Juventus in 2018 aged 33 and the fact that the Italian club spent over €100m for a player supposedly coming to the end of his career, speaks volumes to the Portuguese international's ability. Yes, some out there will say that the fee was worth paying for the money that the club can make off the back of the player's name and image, but for me, that's a little cynical.

Ronaldo scored 44 goals in 44 games in his final season at Real Madrid, so Juventus knew exactly what they were paying for. Some still say, though it might seem a little dated these days, that Serie A is a much slower paced league than La Liga or the Premier League and Ronaldo ‘dropped' to that level in order to keep on looking like he was the best player in the world by scoring bags of goals in a ‘weaker' league.

However, in his debut season Ronaldo only, and I say that in the most sincere way, scored 28 goals in 43 games, which for a player with a record like his is distinctly average. This first season showed us that even superstars need time to adapt and proved that Ronaldo was still testing himself as a player. In the following season, Ronaldo was back to his normal self with 37 goals in 46 games and as things stand in the 2020/21 campaign he is averaging a goal every game with 19 goals in his opening 19 matches. 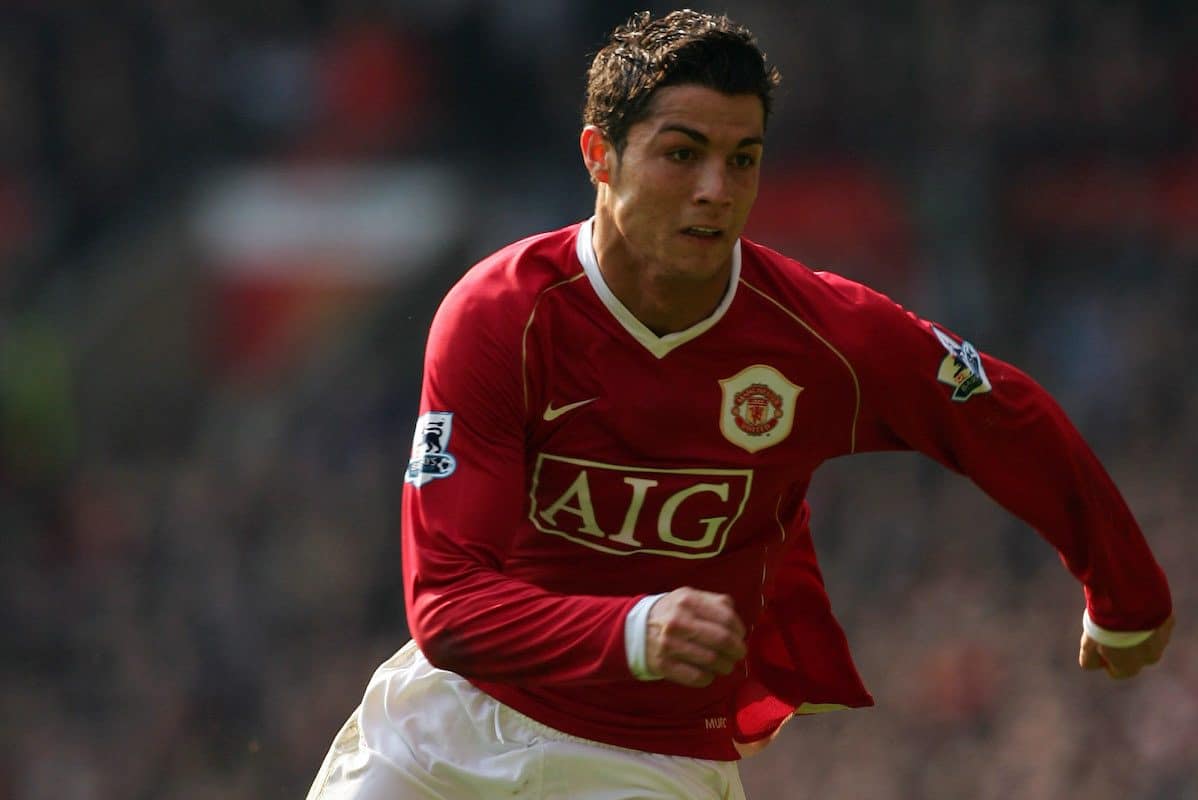 When Alex Ferguson signed an 18-year-old Ronaldo from Sporting CP back in 2003, he was a raw winger that had bags of potential but needed to be developed. Early on, Ronaldo seemed to try too hard and was often accused of being greedy, failing to deliver crosses and through balls at the right time, to the frustration of his teammates. Ronaldo had bags of pace, could dribble and liked to shoot, a lot, which the United fans enjoyed.

However, while the tricks and skills impressed fans in the moment, there was a distinct lack of end quality to the young winger's play. Ferguson realised this and started to play Ronaldo as a wide forward rather than a traditional winger like Ryan Giggs. This proved a masterstroke as Ronaldo reached double figures for the first time during the 2005/06 season and from there he never looked back. Ronaldo had his best season at Old Trafford in 2007/08 netting 42 goals in 49 appearances, a glimpse of what was to come when he moved to Real Madrid. 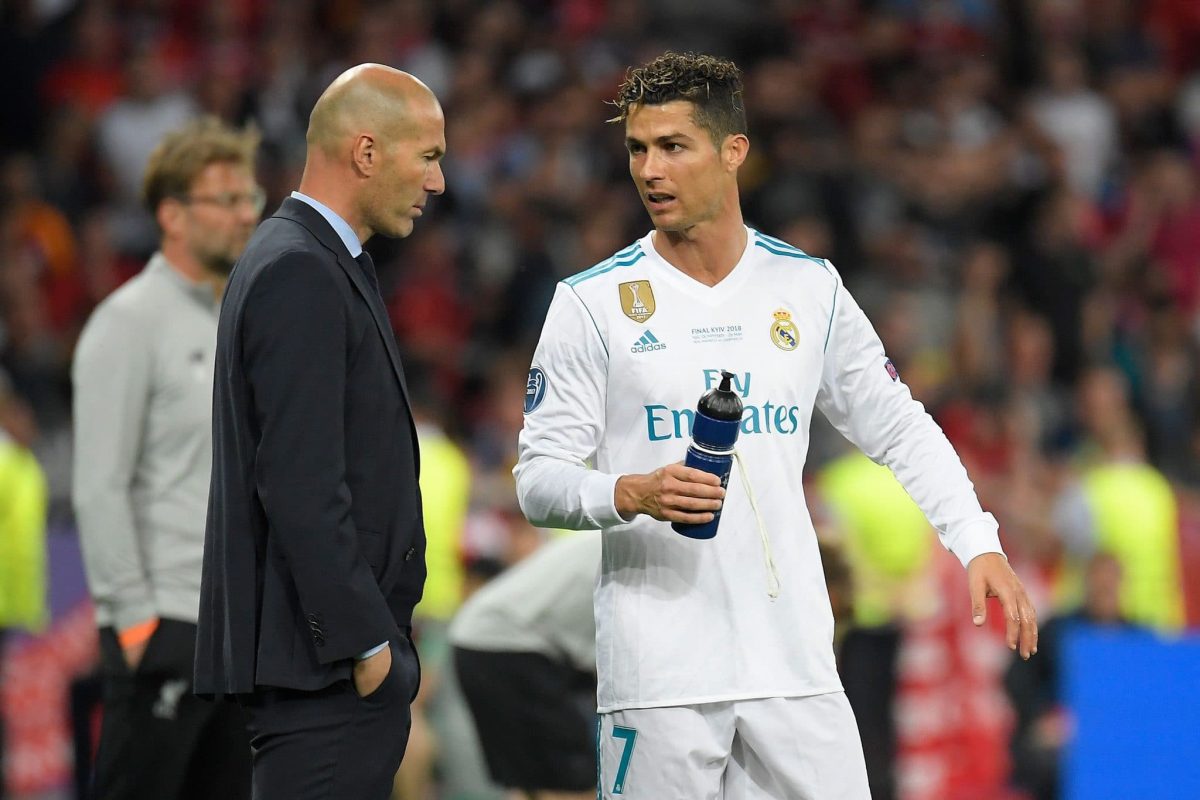 While his time at Man Utd clearly shaped Ronaldo into a goalscoring force it would be his time at Real Madrid that he would develop into a phenomenon. Madrid continued to deploy Ronaldo as a wide forward, cutting in from the left-hand side with pace and power, scoring goals and creating them.

His debut season in Spain would produce 33 goals in 35 matches and amazingly, that would be his lowest scoring season for the club. Ronaldo would regularly net 50+ goals a season during his time at Madrid, culminating in his best-ever season, 2014/15. during this campaign, Ronaldo would go on to score 61 goals in just 54 appearances for the Spanish giants, the likes of which we haven't seen in English football since the days of Dixie Dean.

Around the time Ronaldo reached his 30s Madrid decided to move him inside and try to deploy him as a striker. The idea being that Ronaldo would play in or around the penalty area instead of out on the left making his way into the box, making him an even more constant goal threat. Ronaldo took to this new role like a fish to water, using his height and strength to add more headed goals to his game and beating defenders to the ball inside the penalty area like a true goal poacher.

Ronaldo's started to lose his pace and with that his ability to dribble past players on a regular basis, he was still quick over a short distance, which proved handy when making space for a shot inside the box. Thankfully, Ronaldo slowing down didn't halt the goalscoring whether it be from open play, a trademark free-kick or a penalty, the Portuguese legend still scored goals for fun.

The ‘Twighlight Years' in Turin

In 2018 Ronaldo began the next chapter in his career at Juventus. Many viewed this move as Ronaldo ‘slowing down' much like we see many professionals do when they decide to go and play for a club in the MLS. However, Ronaldo came out and said that he wanted to prove that he was different from other 33-year-old players and that this was not him coming to the end of his career, something he has backed up on the pitch.

From day one as Juventus player, Ronaldo has been deployed as an out and out striker, many may even say a target man, whatever you call it, it's clearly working. With his pace now gone, though he is still faster than any other players over 30, Ronaldo is loving his role as a striker. goalscoring was always the aspect of his game that gave him the most satisfaction, so the face he is now solely responsible for putting the ball into the back of the net might just be what has allowed him to keep performing at the highest level.

Ronaldo's heading ability has improved greatly and he still has a good leap on him, which for a 6'2″ target man is ideal. The Juventus frontman has already scored over 100 headed goals in his career and that number is bound to go up significantly over the next few seasons. Ronaldo is still scoring goals with either foot (54 with his right and 15 with his left) and remains a force from the penalty spot (25 goals for Juve), but his free-kick goals have dropped off (only 3 so far for Juve). Only two of Ronaldo's 81 goals for Juventus have come from over 18-yards out, showing just how he has evolved from a left-forward to a target man striker.

What Does the Future Hold?

Ronaldo has stated that he intends to play at the highest level until he is 40-years-old at least and given that he likes to challenge himself and wants to win as many trophies as possible, I could see him eventually moving to PSG. A move back to Man Utd has been rumoured for a while now, but I believe Ronaldo is 1. too proud to return to a former club as a ‘lesser' player and 2. he has already been there and done that when it comes to the Premier League.

Ligue 1 would offer Ronaldo a chance to claim a new league title and the chance to link up with some other world-class players for a club that is desperate to win the Champions League. It will be interesting to see what lies next for Cristiano Ronaldo, but one thing is for certain, he still has plenty to offer the game.