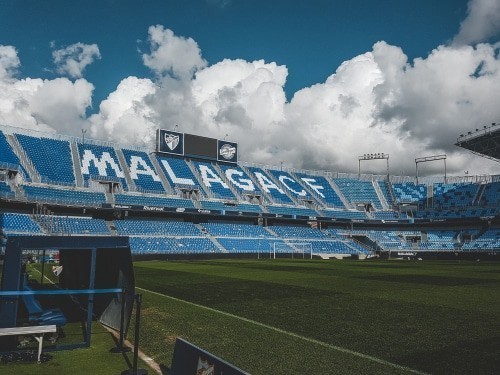 One day you’re up, the next you’re down. It happens so often in the beautiful game. Not so long ago, Malaga were taking on the world in their own special way, riding high in the last eight of the Champions League. They now sit 14th in the Spanish second division, with a completely unrecognisable team to that heroic squad of a decade ago. Their 2012/13 European journey was their first and last appearance in the competition and remains arguably the high point of the club’s entire history.

A victorious 2002 Intertoto Cup campaign saw Malaga enter the following season’s UEFA Cup, where they overcame Leeds United among others before crashing out against Boavista on penalties in the quarter-finals. It was another long and barren ten years before the Spanish side re-entered the European stage, but many associated with the club firmly believe that it was well worth the wait.

Their journey to the latter stages of club football’s premier competition began just a few years prior when Qatari businessman Sheikh Abdullah took over the club from Lorenzo Sanz in 2010. The Spaniard sadly passed away in March after contracting coronavirus, but his legacy lives on throughout two-football-loving cities, having previously resided as Real Madrid president before his move south.

And so it begins for Malaga…

Excitement was building around La Rosaleda, and supporters soon saw the expected investment in the transfer windows that followed. Several experienced, high-profile names made their way to the Costa del Sol, including Ruud van Nistelrooy, Julio Baptista, Martin Demichelis, Jeremy Toulalan and Joaquin. But perhaps the most excitement emanated from the arrival of a fresh-faced Isco, and a club-record deal for Villarreal midfielder Santi Cazorla.

A principal sponsor deal was struck with UNESCO, while Nike became the club’s kit supplier. Moreover, former Real Madrid and Villarreal boss Manuel Pellegrini had been brought in to take the club in the right direction, meaning all was now hopefully in place for Sheikh Abdullah’s vision to come to life.

Despite their best efforts, the club lost their two talents just like that, with the former moving to Rubin Kazan and the latter switching to Arsenal. Losing star players in such a manner is certainly not a new phenomenon. The likes of Monaco, Ajax and Borussia Dortmund need no reminder as to how the footballing system works when some of Europe’s biggest clubs come calling. Such clubs have all been raided over the years for their top talents. 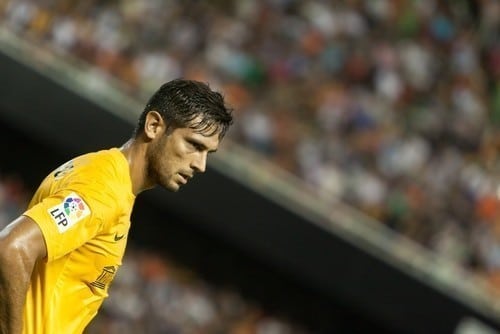 To make matters worse, legendary striker Van Nistelrooy called a day on his sparkling career. Crucially, there was no panic on Malaga’s part. Forwards Roque Santa Cruz and Javier Saviola were recruited and ended the campaign with 13 and nine goals respectively as the club clinched sixth spot in La Liga.

It was, however, their European venture that was causing the biggest stir around the continent, where this time it was Malaga’s Portuguese winger Eliseu who was one of the heroes of the tournament with five goals. His compatriot and fellow winger Duda was equally important as Malaga took Europe by storm. But quite simply nobody saw it coming.

Drawn against seven-time winners AC Milan, Belgian champions Anderlecht and Russian champions Zenit St Petersburg, a daunting challenge lay ahead. But from matchday one, the Spanish side blew their opponents away, beating all three in their first three games. Perhaps taking their foot off the gas for the reverse fixtures, three draws followed, but their unbeaten run was more than enough to comfortably secure top spot.

Their reward? A last 16 tie with Porto, which they managed to narrowly turn around at La Rosaleda after going down 1-0 away from home the previous month. Isco and Santa Cruz were the heroes in the 2-0 victory in the south of Spain.

Their next test, however, against Jurgen Klopp’s Borussia Dortmund, was to be their last. A largely uneventful goalless draw in Spain – against the likes of Robert Lewandowski, Ilkay Gundogan and Marco Reus – meant Pellegrini’s men headed to Westfalenstadion with all to play for. For various reasons, it’s a game they never want to be reminded of.

The visitors led 2-1 with 90 minutes on the clock, but dramatic, controversial efforts from Marco Reus and Felipe Santana in stoppage time turned the tie on its head. Malaga hearts were broken, while much of their post-match anger was vented towards Scottish referee Craig Thomson and his assistants, who may still find themselves unwelcome in the south of Spain for seemingly playing the villain that night in Germany.

Klopp’s men eventually lost out to rivals Bayern Munich in the final at Wembley, as Malaga plunged headfirst into a much more permanent downfall. 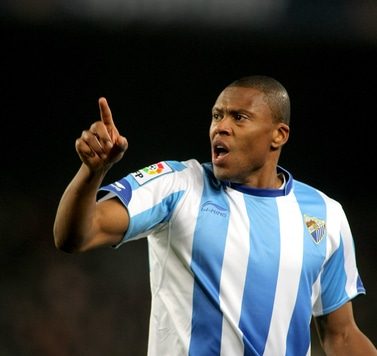 They were out of Europe, and seemingly out of all luck. Pellegrini headed for Manchester City, with Joaquin, Isco, Baptiste, Toulalan and Demichelis all departing. To add to the misery, the club were to be excluded from European action for four seasons having broken financial fair play rules, a sentence that was soon reduced to just one year. The problems have only increased in the years since, both on and off the field, and the club now find themselves struggling in La Liga 2.

Malaga’s recent history epitomises just how capricious the nature of football really is, and it’s perhaps why we love it so much. In life, and in football, in particular, the present almost always outweighs the past. People certainly remember the years gone by, but are more inclined to focus on the here and now. That is the case for this now-forgotten club, but those involved in that terrific European campaign will remember their time at Malaga for all the right reasons.