The development of young talent is often at the forefront of football discussions, with debate constantly raging over which clubs invest heavily in their academies and those who opt to ignore the quality of homegrown talent. Jose Mourinho is coming in for heavy criticism for his failure to help continue the progress of Manchester United’s latest crop of emerging starlets, the likes of Marcus Rashford marginalised despite showing his obvious ability last term.

Clubs who do give first team opportunities to those players are widely lauded for doing so, with Vincenzo Montella currently receiving plaudits for his handling of Gianluigi Donnarumma, Manuel Locatelli and a number of others at San Siro. Yet much has changed in European football, the demand for tangible success and the cyclical nature of the sport seeing some traditionally strong clubs moving out of the elite group of those claiming to be the very best academies in the game.

Therefore, here at Football Whispers we decided to take a look at those special clubs who continue to place heavy emphasis on developing young players and helping them to progress into the first team.

For some clubs, timing is everything. There are a number who miss out on this list purely based on when it was put together, either their latest crop of talent falling short of expectations or too much time having passed since their last special class of players. The latter is certainly true of Atalanta, the Italian club who helped Gaetano Scirea, Roberto Donadoni and Giampaolo Pazzini come to prominence, now once again doing great things under new boss Gian Piero Gasperini.

Ajax are no longer leading the way in the manner they used to, while Southampton have been excellent recently with the likes of Adam Lallana, Gareth Bale, Theo Walcott and Luke Shaw blossoming there. Inversely, Inter appear to have dropped off in the past few seasons after a bright spell that saw names such as Leonardo Bonucci, Mario Balotelli and Davide Santon emerge.

Serbia has long-been a footballing hotbed, and it has often been thanks to the efforts of Partizan Belgrade. Lazar Markovic and Andrija Zivkovic are perhaps the two most prominent names to develop there recently, but the likes of Nikola Ninkovic, Milos Jojic and Danilo Pantic will continue the club's supply line of top-level talent.

In the past, the club has brought through players such as Stevan Jovetic, Matija Nastasic and Adem Ljajic, while Miralem Sulejmani and Aleksandar Mitrovic are fellow graduates. 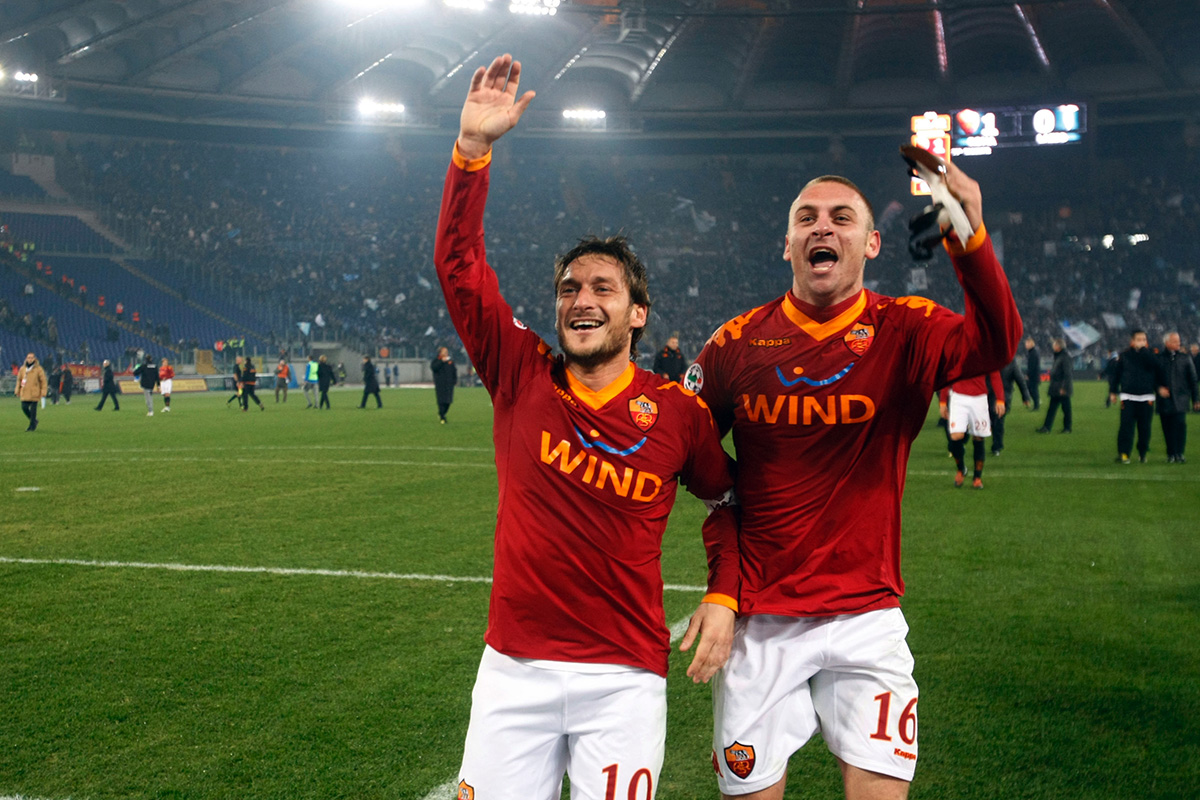 Francesco Totti has never been alone. AS Roma’s evergreen captain is the shining emblem not only of the club he represents, but also the youth development programme of the Giallorossi. Daniele De Rossi is often in the team alongside the iconic number 10, while Alessandro Florenzi, Alessio Romagnoli and Andrea Bertolacci stand as testament to its depth.

Bayern Munich might be one of Europe’s elite clubs, but they are also very evidently willing to pay whatever it takes to bring through their own homegrown stars as regularly as possible. According to a recent report by the ECA, their academy has 40 staff looking after over 180 youngsters and costs €3 million per year to run, but the Bundesliga outfit are clearly getting great value for money.

Looking at the same aforementioned ECA report into academies, Sporting have an average of seven players in national team squads at every age level, a startling figure that stands as evidence of the emphasis the club places on ensuring its youngsters receive the best possible coaching regardless of age.

Able to point to names such as Cristiano Ronaldo, Joao Moutinho and Luis Figo, their talent-pool is remarkable and shows no signs of slowing down.

While many sides approach youth development as either a way to make or save money, for Athletic Club it is a matter of heritage, tradition and fierce local pride. Shunning the world-view of their peers, the Basques have come to rely almost exclusively on their academy as they only allow players native to the region to pull on their famous red-and-white striped shirts.

“Con cantera y afición, no hace falta importación” they proudly boast: “with homegrown talent and local support, you don’t need imports.” Iñaki Williams helped end a long trophy drought, playing a vital role in Athletic’s Spanish Super Cup victory over Barcelona at the start of last season, and is the latest in a long line of highly coveted stars to emerge at San Mames.

“Class of ’92” anybody? Under Sir Alex Ferguson, Old Trafford became synonymous with blooding youngsters, the wily old Scot proving you could indeed win things with kids. The club may never again produce a generation of players able to live up to the ability of Gary Neville, Ryan Giggs, David Beckham et al, but Tom Cleverley, Adnan Januzaj and Jesse Lingard have continued a proud tradition that goes back to Sir Bobby Charlton and George Best. 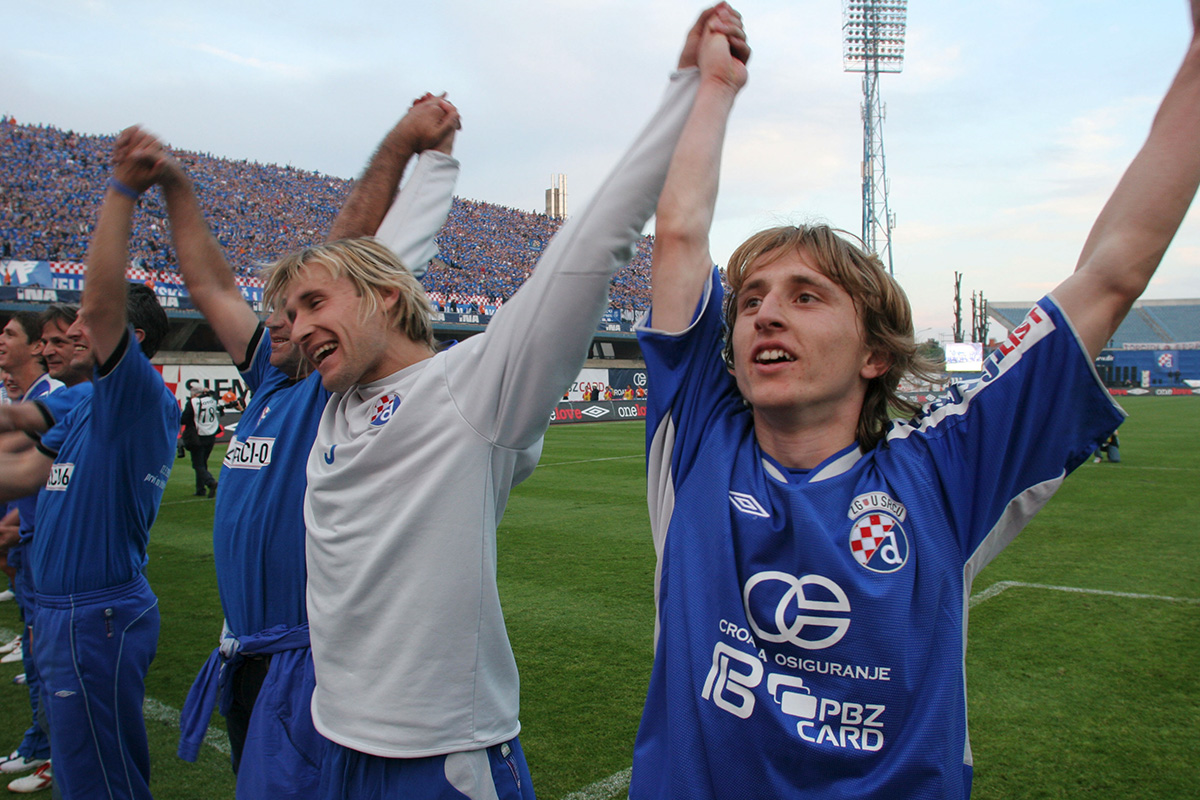 Flying somewhat under the radar as a club, the academy at Dinamo Zagreb deserves attention, the club constantly developing around 200 youngsters at a cost believed to be in the region of €1.3 million per year. They have not yet channeled that into tangible on-field success in Europe, but many of the Continent’s biggest clubs are benefitting from the fruits of their labour, with some genuinely amazing talent coming through.

Marko Pjaca of Juventus, Real Madrid’s Luka Modric and new Atletico Madrid signing Sime Vrsaljko all came from there, while the likes of Mateo Kovacic, Milan Badelj and Vedran Corluka are fellow graduates.

Do you really need an explanation? The incredible collection of talent that has graduated from La Masia training centre have achieved almost everything possible from one academy, with the club managing to get XI of their own homegrown stars on the field at once in November 2012, just 12 months after a trio of such players – Xavi, Andres Iniesta and Lionel Messi, the tiki-taka masters – formed the three-man shortlist for the Ballon d’Or.

Sergio Busquets, Pedro, Victor Valdes, Carles Puyol, Cesc Fabregas, Gerard Pique… the list is seemingly endless and the club has no fear of throwing them into the first team to supplement signings like Neymar or Luis Suarez.