We all understand that football is more accessible nowadays than it ever has been before, however, the growing rate of televised football has produced a sharp rise in plastic fans. Here we explore everything about plastic fans; what are they? Are they good for the game? Who are the most common culprits?

What are plastic fans?

The term ‘plastic fans' is a phase that has been coined across the last 15 years or so to describe those people who follow a team without any real affinity to the club in question. Most commonly, they cling to a club based off success ‘in the now’ and, if they're particularly pathetic, they might even jump between clubs on a regular basis.

What key things create a plastic?

There are a few key things that can trigger the birth of a plastic following. They can all be linked together in many scenarios but can also be standalone reasons. The first is quite obvious; success. People love the buzz that winning brings so why not join the crew that are lifting trophy after trophy? Then you've got the influx of cash; this creates intrigue and media buzz around the club. It also promises the idea of glory and hence attracts big attention.

The final example we want to look at is slightly more abstract but is commonplace in the football world, particularly with the advancements in social media and streaming over the last few years. What is it? A standout individual – it could be a player or manager. There are a few good examples of this; how many fans ‘support' Barcelona because Lionel Messi is so good? Where Cristiano Ronaldo comes in is that he'll have fans follow him from club to club. On the management level, the Mourinhoistas – they're die hard Jose Mourinho fans – are a perfect example; plenty of fans started to follow Tottenham only to sack them off when they parted ways with Mourinho. They'll now follow Roma.

Never do these fans truly care for the club’s history or long term future and they’ll rarely go to games either.

Why is being called a plastic so offensive?

The tag of being a plastic fan is one that strikes a nerve with those you angle the insult at. Why is that? Well, the judgement you're placing upon plastic fans is that they're not real supporters. You're saying they don't understand anything about the club, they don't really care and, perhaps the biggest dagger, that they lack loyalty.

When you put it like that, it's hardly surprising that some then get their knickers in a twist. Of course, the one thing worth noting is that you will never find a person who admits to being plastic. That is a fact!

Who were the first plastics?

Rewind a few decades and you wouldn't have found plastic fans anywhere in the world. Not in any great number anyway. You could perhaps make a case for Manchester United having a few fake supporters after their success in the sixties or Liverpool a decade or so later after their golden spell that saw them win multiple league titles and European Cups.

Really though, the rise of the plastics didn't come around until several years after the Premier League was formed. The club in question was, once again, Man United. That's perhaps not all that surprising given the combination of domination, young stars and huge personalities in their team. Ever since then the Red Devil's have attracted an enormous following of ‘supporters' from much further afield than Manchester with Roy Keane famously calling out the ‘prawn sandwich brigade' in the biggest acknowledgement of the existence of fake fans.

Don't forget United were just the first – certainly on these shores. There have been plenty of other clubs since though that have built up a strong following of plastic fans.

What other clubs are notorious for a plastic following?

On the continent the likes of Barca, Real Madrid, Juventus and PSG all have a widespread set of fans be that driven by trophies, money or galactico type squads. Back in England, the next club after Man United who saw an uplift in their fan base was Chelsea. That came after Roman Abramovich injected his millions into the club. Big names arrived, bigger ambitions were laid out and the Stamford Bridge trophy cabinet began to fill up. Manchester City followed a similar path more recently. These plastics are hated by ‘real football fans'.

Are you a plastic fan?

We've spoken about Chelsea and Man City along with touching on their city rivals, United, who have been known to splash a bit of wonga in their time at the top. It's not always cash that is the driving force of plastic fans though. We'll hazard the guess that you've walked this line pretty close once or twice in the past too. We know you'll shudder at that thought but bear with us as we talk about jumping on the bandwagon of success.

Let us take you back to 2015. Leicester had just won seven of their last nine matches to stay in the Premier League from a position of peril. The next season saw Claudio Ranieri carry 5000/1 shot Leicester to the most incredible title win the country have ever seen; they'd done it with excellent scouting and modest investment. Now, we're not suggesting getting caught up in the rush of that 2015/16 season makes you a plastic. Just what has followed since.

Leicester did the impossible. They went global. Watching them chase down the top four last year only to fall short. To see it again this year; tell us you weren't gutted for them? Tell us you weren't elated when they beat Chelsea in the FA Cup. We can hear you, you're not plastic for wanting an underdog to do well…or are you? Would you be rooting for Leicester had they not lifted the Premier League crown in that famous season? Again, we hear you saying ‘yes’. West Ham didn't attract the same sense of widespread love in their chase for the top four though, did they? Why is that? Is that because you're a borderline plastic fan? Maybe we all are – to varying degrees. We just don’t like to admit it. 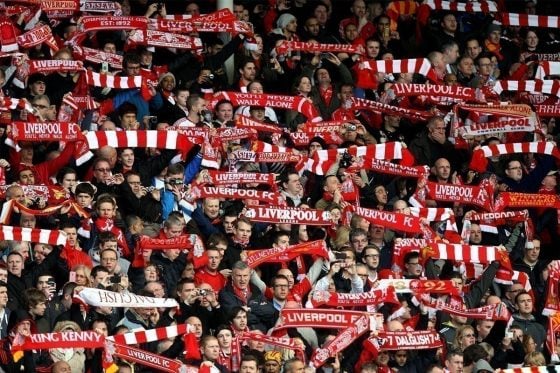