The Lions of Teranga will be on the prowl at the 2022 World Cup in Qatar, hoping to become the first African nation to claim the trophy. Senegal are a big name in African football but have only qualified for two previous World Cups, 2002 in South Korea and Japan where they made it through to the quarter-finals and 2018 in Russia where they failed to get out of their group.

Senegal have been handed a tricky group but will still feel that they can claim one of the two qualifying places. Going up against the hosts can be tough but on paper, Senegal should win this encounter every single time, while Ecuador will be tougher but it is still a winnable game and the Netherlands will be expected to win Group A and possibly, all three matches due to the strength in depth they have. 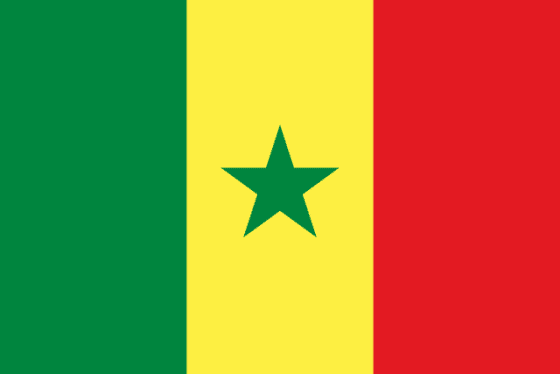 The Africa Cup of Nations champions will need to be at their best from the very first whistle if they want to escape Group A and go further than they did in Russia. We're going to take a look at the possible team Allou Cisse could take to Qatar and delve into the latest betting markets and odds involving Senegal at the 2022 World Cup.

Aliou Cissé has a strong starting eleven but Senegal may lack the strength in depth to go far at the 2022 World Cup. In any case, we will now take a look on the list of the players that will be on the plane to Qatar before taking a closer look at the expected formation and starting lineup for Senegal.

Edouard Mendy is the clear No.1 choice between the stick for Senegal, despite losing his first-team spot at Chelsea since Graham Potter took charge. The 30-year-old shot-stopper has played nine times in all competitions for the Londoners this season and was the No.1 for the Premier League side in each of the last two campaigns since joining from Rennes in 2020.

Senegal have some decent backup options for Mendy and the two that made the cut are Gomis and Dieng. Rennes' Alfred Gomis is probably the best second choice, while Seny Dieng played in a recent friendly and is likely seen as the as the third-choice keeper.

Senegal's defence will be led by their captain Kalidou Koulibaly provided he stays fit. There aren't too many household names to pick from defensively but here is the list of the defenders that made the 26-man squad.

Just looking at that list tells you that defensively is where Senegal are likely to have issues. Yes, Kalidou Koulibaly is a top-class defender and he will manage the defence but the full-backs positions are a concern. 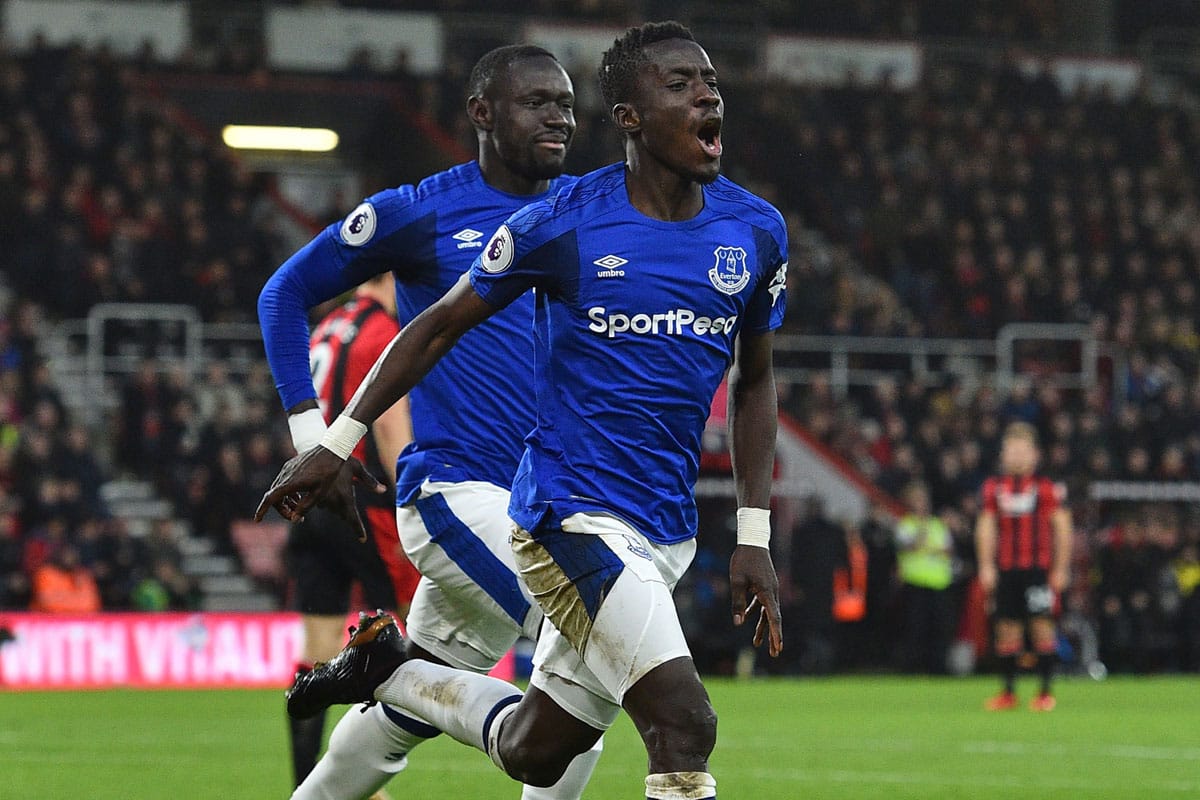 Vice-captain Idrissa Gueye will be a key figure in the heart of the Senegal midfield, picking the ball up from deep and starting attacks whilst also providing cover for the defence but who else will join the Everton midfielder in Qatar? Here is the full list of midfielders for Senegal:

There is plenty of strength and power in the Senegal midfield, especially withPapa Gueye and Cheikou Kouyate making the 26-man squad, while Tottenham's Pap Matar Sarr and Leicester's Manpalys Mendy provide even more Premier League quality and experience. 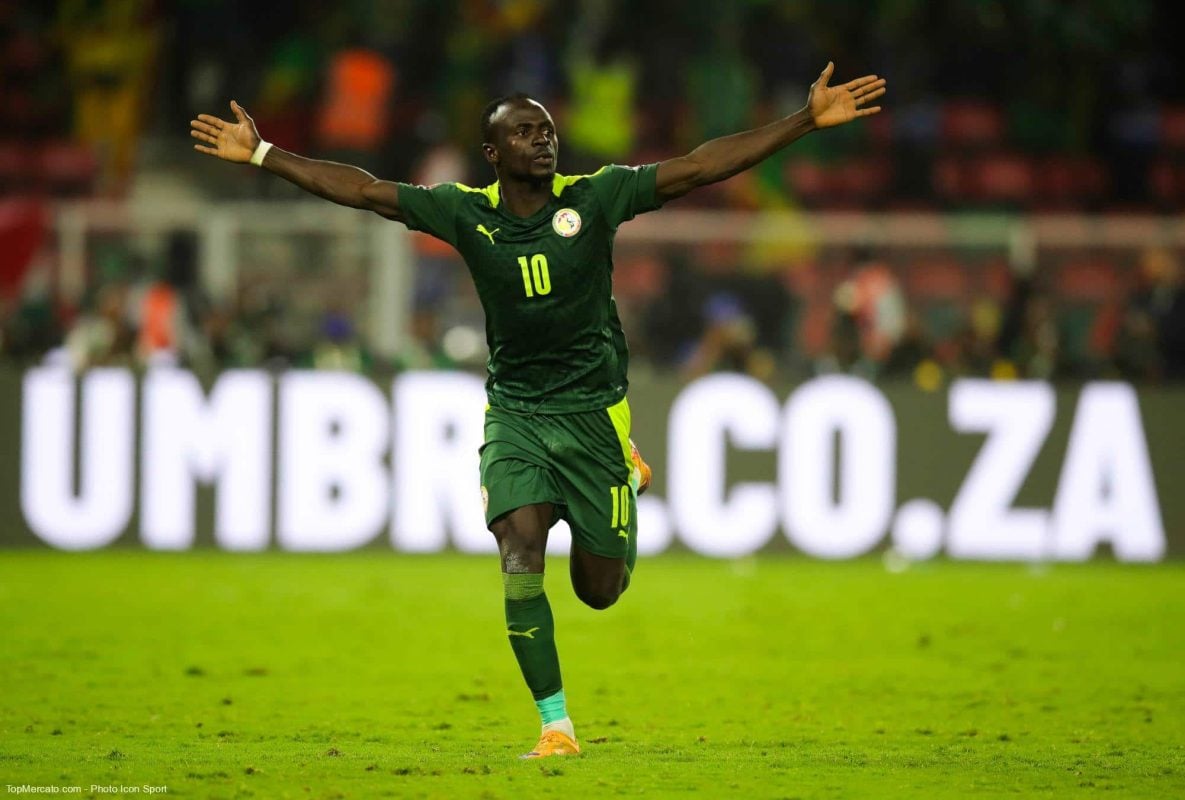 Obviously, the standout player in the Senegal attack is Bayern Munich's Sadio Mane, a player who once struggled at international level and is now considered the best Senegalese player of all time. He was questionable for the World Cup, but he made the list, even though it turned out that he won't be able to play after all. So, the team will have to manage without their captain, but who else made the list?

Watford's Ismalia Sarr will also be on the plane to Qatar as he has pace to burn and has chipped in with 10-goals in 47-caps already. Boulaye Dia of Salernitana has often provided the focal point of Senegal's attacks, so he got selected once again.

Cissé is likely to set his team up in a 4-3-3 system that has a very strong spine but could end up being exploited on the wings.

Mendy is sure to start in goal with a back-four that could well consist of Sabaly at right-back, Ballo-Toure on the other flank and Koulibaly and Diallo as the centre-back pairing.

In midfield, Idrissa Gueye could be accompanied by Mendy and Pape Matar Sarr in what would be a strong yet dynamic three in the middle, while Ismalia Sarr and Diatta would sit out wide but would be tasked with getting close to the lone striker Dia and providing just as much of a goal threat.

One of the big issues Senegal could face in Qatar is scoring goals. Cisse's side really on the front three to score all of tehir goals as their defence and midfield offer very little in that department. Idrissa Gueye has chipped in with 7-goals in his 95-caps to date, with Kouyate scoring 4 times in 82 appearances and Koulibaly yet to score for his country despite being a threat in teh air from set-pieces. Dia, Sarr, Balde and Diedhiou have scored a combined 63 international goals and all play in teh front three when selected. 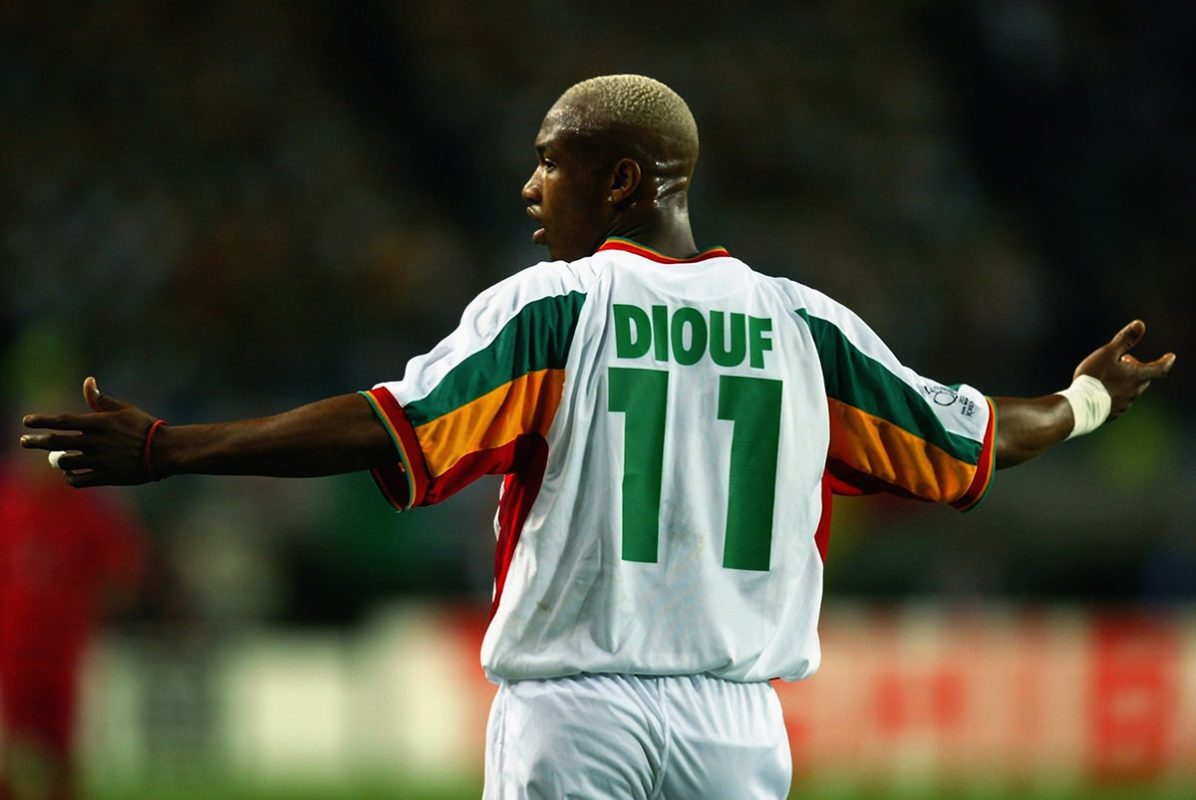 When most people think of Senegal, they think about the 2002 World Cup side that defeated France in the opening game of the tournament and went on to reach the quarter-finals and make household names of a selection of players that were relatively unknown beforehand.

One of those players was El Hadji Diouf who has long been considered Senegal's best-ever player until the arrival of Sadio Mane that is. Diouf played for Liverpool, Bolton, Sunderland, Blackburn, Doncaster and Leeds during his time in England but never really hit the heights that he achieved with the national team in 2002.

Diouf made his name in France with Lens and moved to Liverpool after the success of the 2002 World Cup. However, he soon moved on and actually played more games for Bolton than any other English team. Sadly, his time in England involved controversy as the player was caught spitting at fans and other players which certainly tarnished his image and made him a target for all opposing fans.

With Senegal suffering a huge blow after losing their star player Sadio Mane just a few days before the start of the World Cup, their status as Africa's biggest hope was quickly diminished. Senegal is still a good team and they showed so in the first two rounds in which they beat Qatar and narrowly lost to the Netherlands, but their chance of doing something bigger without Mane are not great. However, Senegal defied the odds to qualify from Group A by beating Ecuador in their final round of matches, setting up a date with England at the weekend.

Senegal made it through the group stage and faced England in the last 16. Despite making a positive start to the game and forcing England goalkeeper Pickford into a couple of saves, the Africans failed to make the most of their opportunity and ended up losing the game 3-0. Senegal did Africa proud at the 2022 World Cup but missing players ended up costing them any realistic chance of progressing any further than the last 16.

The final squad for World Cup was already announced by Senegal's head coach.

I think Senegal have a strong spine to their team with Mendy in goal, Koulibaly in defence, Idrissa Gueye in midfield and Ismaila Sarr in attack.

How many players were named in Senegal's World Cup squad?

26 players were selected in the Senegal squad for the World Cup.

What are Senegal’s chances of winning the World Cup with this squad?

No African team has ever lifted the World Cup before and the odds on Senegal winning in Qatar are between 80/1 and 100/1.