The summer transfer window is now shut and managers will now be hoping that their squads are strong enough to see them through to January. If they aren’t, it may be necessary to call upon the services of rising stars from the youth set-up.

As fans, we love seeing the stars of tomorrow emerge. Here are 10 current Premier League academy players that could be destined for big futures in the game worth looking out for in 2016/17.

For the past 20 years, Arsene Wenger has made a career of bringing the next generation of young stars through the Arsenal ranks, and Jeff-Reine Adelaide looks set to be the next player off the conveyor belt of talent.

Even at 18 years of age, and with just two competitive appearances to his name, the young French forward is exciting fans and coaches alike.

The versatile attacker, who signed from Lens in 2015, first caught the attention with a starring role in last summer’s Emirates Cup, which saw his manager label him a ‘special talent'. Since then, the quick 6ft-tall star has played an important role for the academy while performing well for France under-17s too.

Arsenal are blessed with some of the hottest young talents in Europe, and Reine-Adelaide is up there with the best. Expect those unused sub appearances to turn into late cameos sooner rather than later.

West Ham United may have embarked on a new journey moving from Upton Park to the London Stadium, but the Hammers haven’t lost their renowned focus on youth.

The academy continues to bring through potential stars of the future like Reece Burke and Reece Oxford, while Martin Samuelson and Ashley Fletcher have come in from other Premier League academies. However, it’s the summer arrival of ‘Toni’ Martinez that has senior officials truly excited.

Martinez has hit the ground running for the Irons' development squad, scoring twice in the 4-2 EFL Trophy loss to Coventry City earlier this week. His second was a screamer of a volley, and is a glimpse into the qualities that made him a constant source of goals during his time in Valencia’s youth set-up. 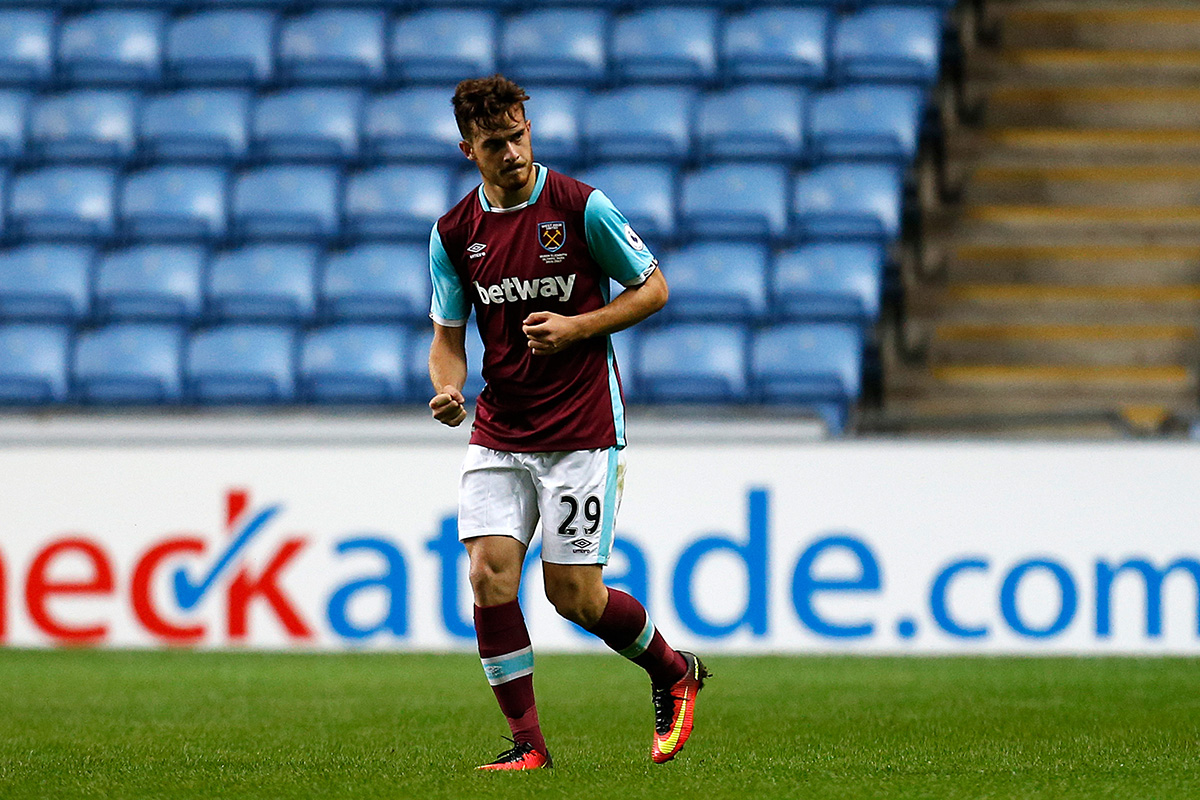 The 19-year-old has previously featured in Spain’s youth teams too, and is contracted to the London club for three seasons. Given Slaven Bilic’s willingness to bed young players into his squad, the attacker may even see a little game time throughout the course of 2016/17 – especially while the duo of Andy Carroll and Andre Ayew sit on the sidelines.

Even if the young Spaniard does not get his major breakthrough this term, the £2.4 million summer capture can be optimistic about his future in the game.

Finding a top class goalkeeper has been a continued issue for Liverpool in recent times, but they may have one for the future developing right under their noses in the form of Shamal George.

The Wirral-born goalkeeper is only 18 year old, but has already appeared on the Anfield bench on several occasions after climbing above Adam Bogdan (now at Wigan Athletic) in the pecking order last term.

Indeed, Reds' boss Jurgen Klopp threw the towering George on as an outfield substitute for the final 25 minutes of a pre-season friendly against Huddersfield Town in July, prompting a spoof Ballon d'Or picture on social media.

The arrival of veteran Alex Manninger means that George will probably be forced to continue his development in the academy this term. However, the Austrian is only a short-term measure, and the upcoming custodian could well be challenging for a regular spot in the first-team squad before he leaves his teens.

Given the situation surrounding England No.1 Joe Hart and his move to Torino, the potential emergence of a new stopper would be welcomed by Three Lions fans too.

Scoring regularly at youth level does not always translate into goals in senior football. However, the top scorer in last season’s Premier League Development Division 1 will certainly fancy his chances of lighting up the Riverside in future years. It’s an optimism shared by the coaching staff and fans too. 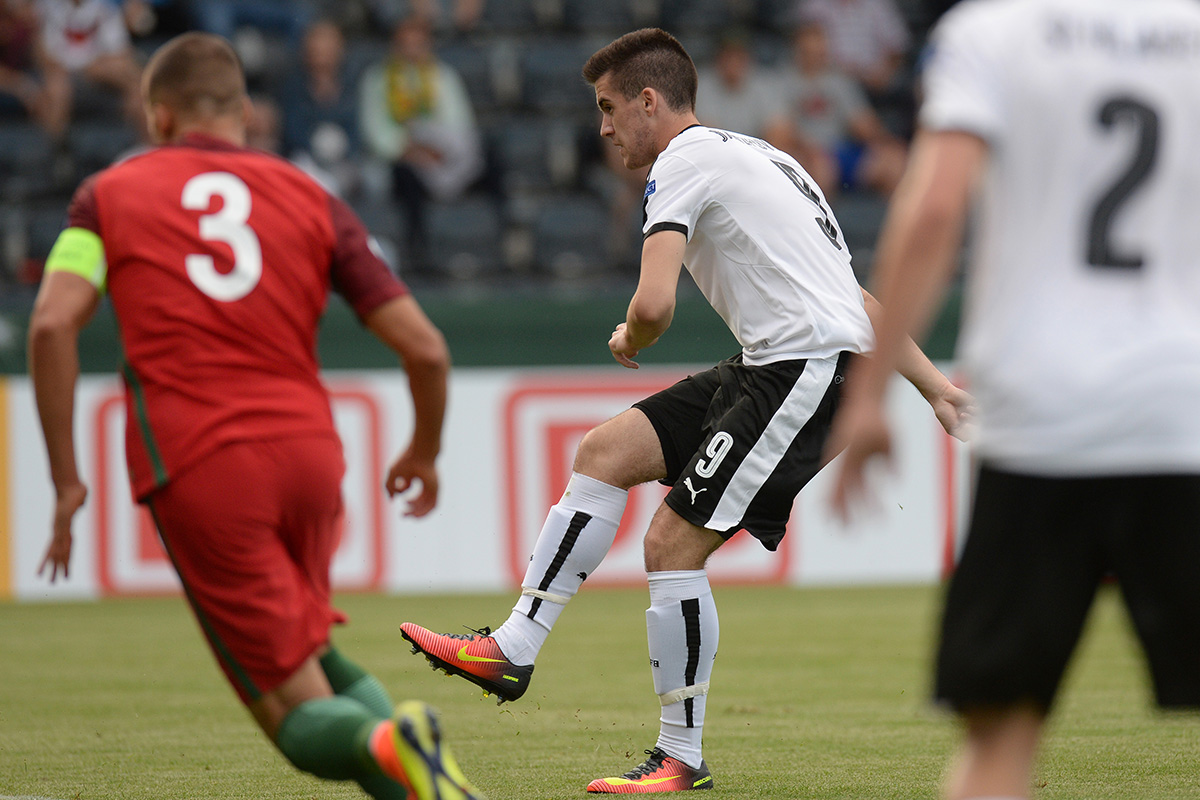 Fans outside of Teesside won’t have heard too much about Jakupovic just yet, but the Austrian was scoring goals for fun in the youth leagues of his homeland prior to joining Middlesbrough from FK Austria Wien in August 2015.

At 6ft 5in, he certainly has the presence to become a nuisance for opposing defenders, and the early signs are that he has the Midas touch in front of goal too.

Manchester United may have struggled last term, but the future certainly looked bright as the Development squad won the league while the likes of Marcus Rashford and Timothy Fosu-Mensah broke into the first team. It might be a little harder to do that under new manager Jose Mourinho, but Regan Poole is one of the few players that can be quietly confident. 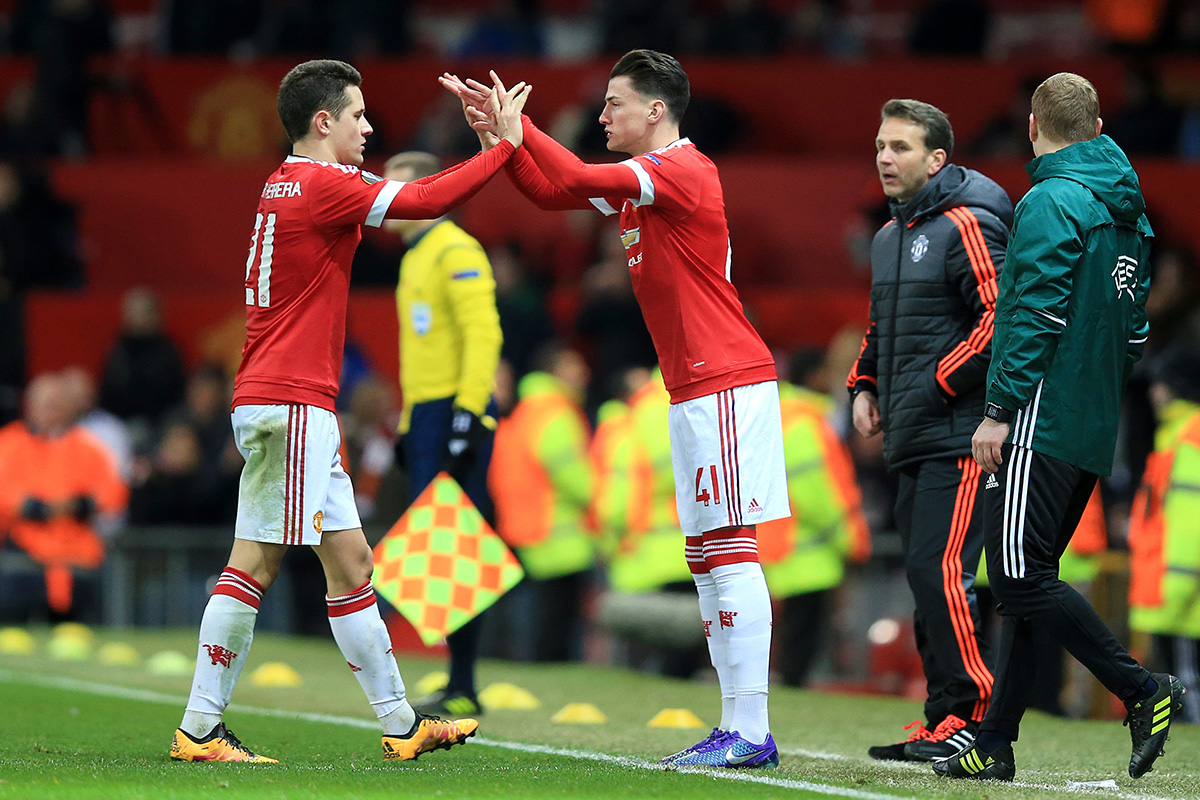 The 18-year-old Welsh central defender was playing in the Football League at just 16 before the Red Devils swooped for the former Newport County player. The youngster did make his debut as a late sub in last year’s Europa League clash with FC Midtjylland, and could be awarded further appearances in this season’s competition.

It might be a little premature for Poole to be facing the likes of Harry Kane in the Premier League, but he could be a force to be reckoned with in later years.

Ronald Koeman may have missed out on primary target Moussa Sissoko on transfer deadline day, but the Toffees did complete a permanent deal for one new arrival (in addition to the loan of Enner Valencia from West Ham) in the form of Dominic Calvert-Lewin. At £1.5m, the former Sheffield United man has the potential to become a gem of a find over the coming years.

The 19-year-old had only just started breaking into the first team at Bramall Lane following a successful loan spell at Northampton Town last term, where his goals helped fire the Cobblers to promotion. The England U20 star had also garnered interest from other Premier League clubs, including Manchester United, so Everton will be extremely pleased to have landed their man.

Everton’s U23 coach, David Unsworth, has been very vocal in his admiration for the player, suggesting Calvert-Lewin has all of the attributes needed to reach the very top. Fans may catch a glimpse of their new man in this season's EFL Trophy or League Cup, although, the youngster could yet be destined for loan spells back into the Football League at some stage.

The new Everton man is blessed with a rather memorable name, and we might be hearing a lot of it over the coming years. If he develops as expected, a career in the top flight looks assured.

With so many young players currently on the books at Chelsea, it must be difficult to stand out from the crowd at the Cobham training ground. Nevertheless, England U21 star Dominic Solanke is doing just that.

Following an impressive season on loan at Vitesse in 2015/16, the 18-year-old is now hoping to impress new boss Antonio Conte to break his way into the first team.

The confident finisher has already made a couple of cameos in cup competitions while being an unused sub in previous Premier League campaigns. The hype is already surrounding the 6ft 1in striker, and this could be the year where he starts to vindicate – even if it is in the cups once more.

Time is on Solanke’s side. Whether it’s this season or not, Chelsea anticipate a bright future.

After initially focusing almost exclusively on the first team, the Manchester City owners have made a conscious effort to build for the future in recent years. Last season, the emergence of Kelechi Iheanacho gave an insight into what might be to come from the academy. French teenager Theirry Ambrose may be the next star to surface. 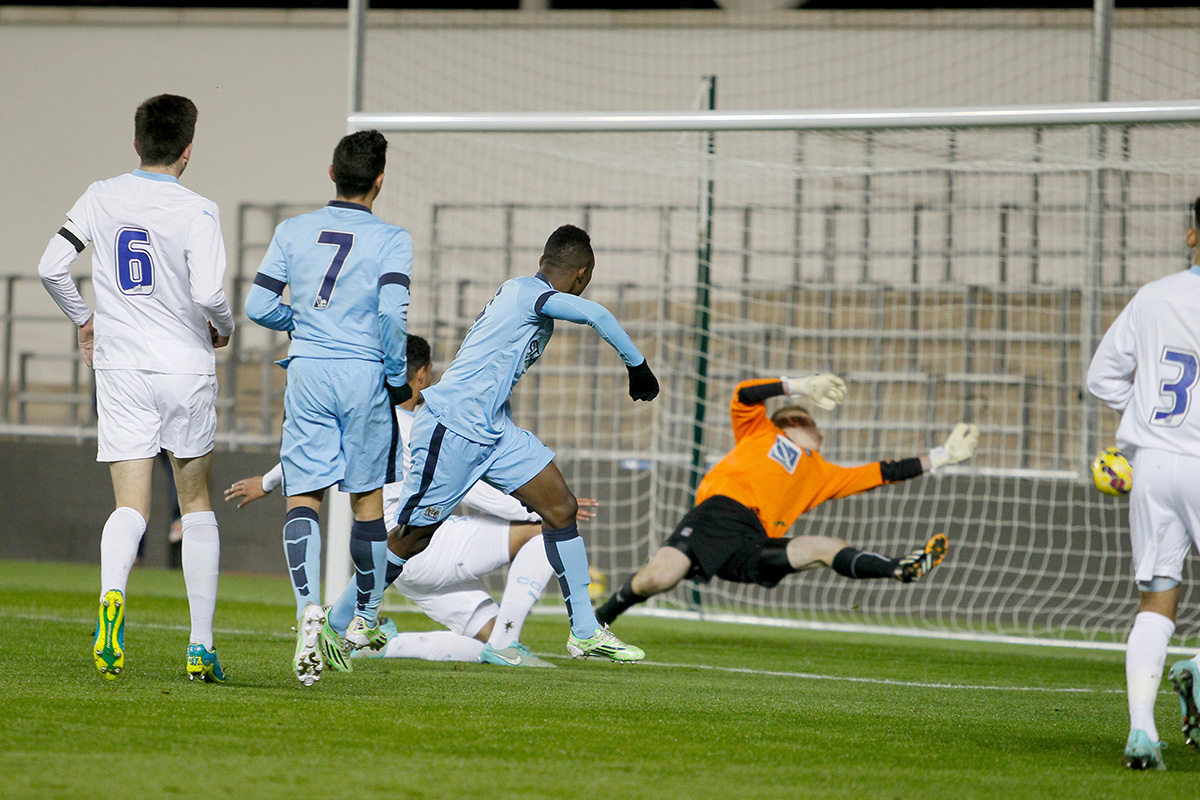 Ambrose has done well for the City youth setup, especially in the UEFA Youth League, where the bulldozer has scored goals multiple times in each of the past two seasons. Pushing out the likes of Sergio Aguero and Iheanacho could prove almost impossible over the next season too, but a bright future awaits.

Considering the sheer volume of widespread plaudits that Ben Chilwell has received over the past 12 months, it is incredible to think that he still has not made his Premier League debut for the Foxes. However, following the signing of a five-year contract extension at the King Power, it won’t be long before he does. 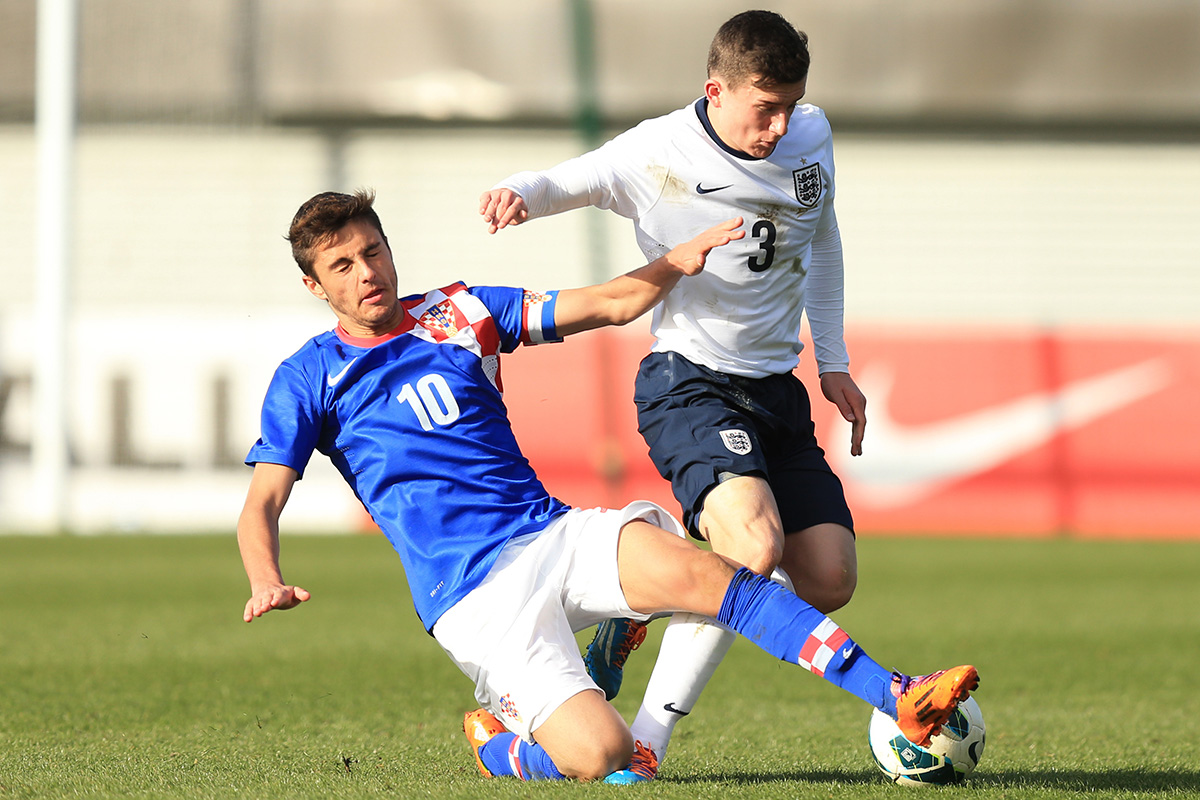 The England U21 man impressed during his cup performances last term, as well as a short loan spell at Huddersfield Town, and was being monitored by a whole host of Premier League clubs before committing his future to Claudio Ranieri’s men.

With Leicester's increased fixture load of 2016/17, the left back will almost certainly start to play a more senior role. Even at 19, he already looks set to be a future champion.

Mauricio Pochettino has built a very strong side at White Hart Lane, and his trust in youth has been a major feature. In Harry Winks, it appears that yet another youth team graduate could be set for promotion to the first team. 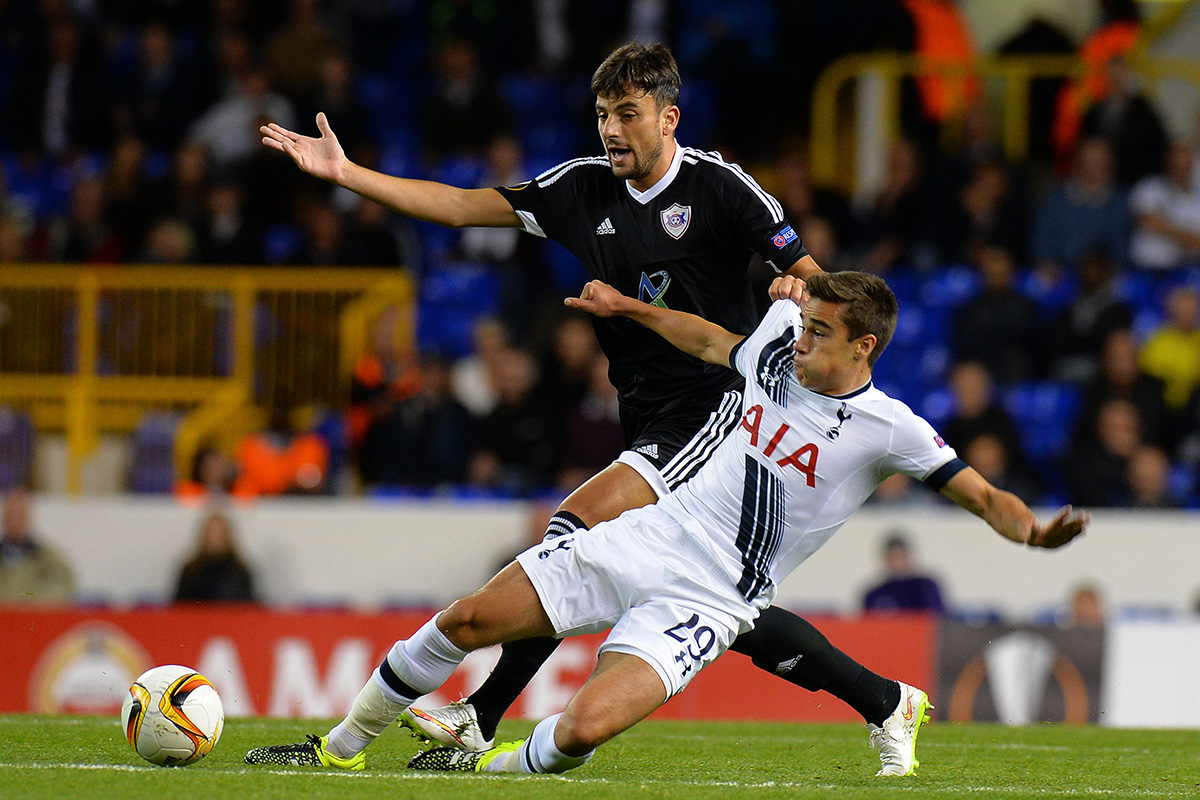 The England U20 star already has Europa League experience to his name and was handed his Premier League introduction with a late sub appearance against Liverpool just before the international break.

He will be hoping for more game time once domestic football returns next weekend. Appearances may be a little sporadic this season, but the departure of Ryan Mason opens up a central midfield void, and he will be hoping to fill it. 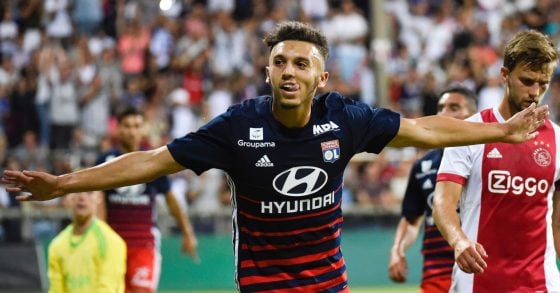 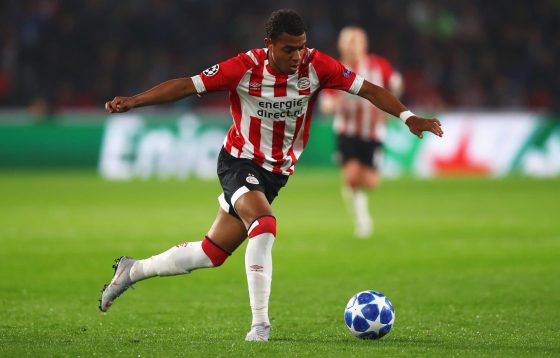 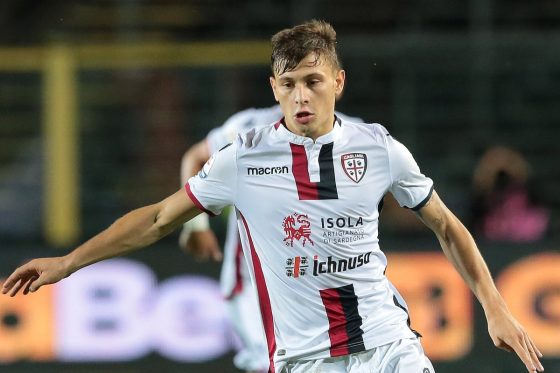 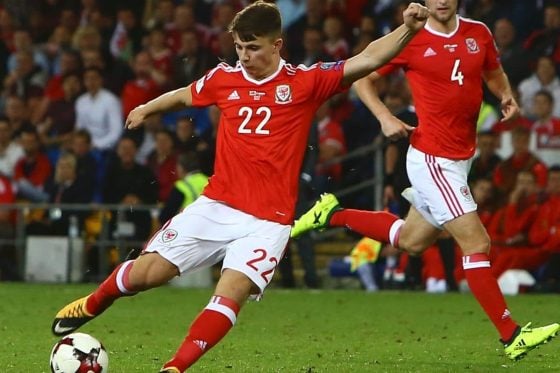 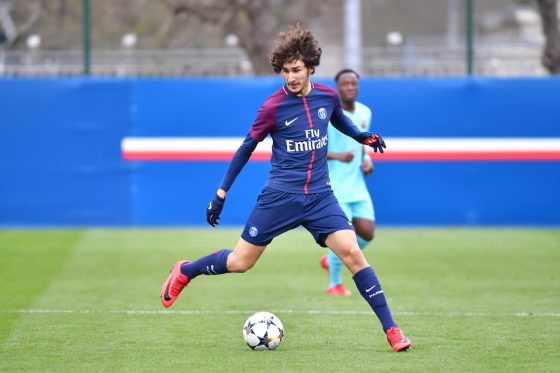 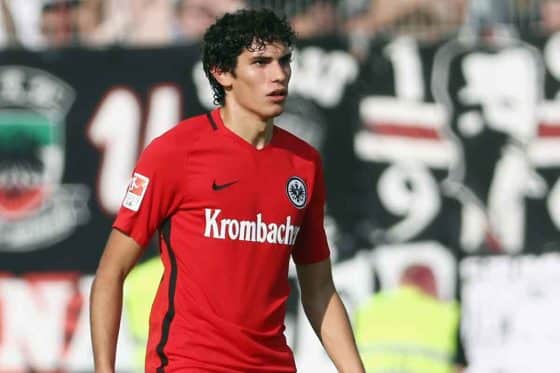