FC Sheriff Tiraspol and Victoria Plzen lock horns on 2nd August 2022 in a Champions League qualifier match. The round 3 of the UCL qualifiers will be the first meeting ever between the two teams. Read this preview for our detailed match preview and free predictions.

At Football Whispers, you get a comprehensive coverage of UCL qualifiers. We also have the best free predictions for several qualifier matches. We have settled on the following two best picks for Sheriff vs Victoria Plzen:

Both teams have a good form ahead of the UCL qualifiers. They are both undefeated in the last four games. The hosts have three clean sheets while Plzen has two from the last four fixtures. With this being the first encounter, we expect a deadlocked duel without a winner in the first half.

We have also tipped the game to have only a few goals. Our second tips, therefore, backs under 2.5 goals. We premise this betting market on the good defensive runs on both sides in recent games.

For the best odds for Sheriff vs Victoria Plzen UCL qualifiers and current team stats, see the tables below.

The Round 3 of UCL qualifiers fixture between Sheriff and Victoria Plzen will also be the first encounter between the two teams. That sets the stage for one of the most grueling UCL qualifiers matches to watch at the start of August. The hosts participated in both round 1 and 2 of the qualifier matches, games that they won two and drew the other two. On the other hand, Victoria Plzen joined the competition in Round 2 and won all the round of games in that stage to qualify for the third round.

The hosts haven’t been very clinical in the competition.

Notably, Sheriff has scored only two goals in four UCL qualifier matches, a record that hope to improve in as the competition enters crucial stages. Home support will be important for Sheriff and so is their strong defence that has kept four clean sheets form four qualifier games so far.

On the flip-side, Victoria Plzen won 2-1 in the first leg of Round 2 and bagged a massive 5-nil victory in the second leg at home. They look to continue the good scoring run in this fixture. However, the visitors should not expect an easy game, especially in the final third given the impressive  defensive record that Sheriff has ahead of this important game.

Here is how these teams are likely to lineup for the duel: 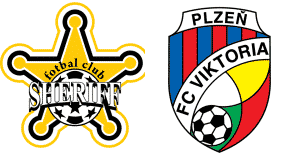 Where is the venue for Sheriff vs Victoria Plzen UCL qualifiers?

Sherif Stadium in Tiraspol, Moldova is the match venue.

How did the teams fare in their last game?

Sheriff bagged a 1-1 draw while Plzen recorded a 2-2 draw in the last match.