Maccabi Haifa and Olympiakos lock horns in Round 2 of the UEFA Champions League qualifiers on 20th July 2022. There will be two legs in this fixture, so read this our match preview to find out what to expect from the first leg.

The first meeting between Israel’s Maccabi Haifa and Greece’ Olympiacos will take place in Haifa, Israel. This will be a hard-fought duel as both teams seek to participate in the next season of the Champions League. We have settled on the best two predictions as follows:

The first possibile outcome in this game based on our analysis is fewer than three goals. Both teams have found it hard to score goals. Moreover, both teams have defensive challenges ahead of the game hence will be more focused on solidifying the backline.

Notably, Maccabi Haifa scored one goal in one of their last three games and failed to score in two matches during that time. On the other hand, Olympiakos scored at most a goal in each of their last five games. The scoring challenge on both sides is why we expect a low-scoring match on matchday.

Likelihood of goals on only one side

We also think there will be goals on only one of the pitch. With defensive and scoring challenges on both ends, this is expected to be a low tempo game. Both teams are joining the UCL qualifiers in Round two and also meet for the first time.

The following are the latest team stats, H2H and the best odds for the UCL qualifier fixture.

The dates for the second round of UCL qualifier matches are set and the Maccabi Haifa hosts Olympiakos of the Greece in the first leg of the encounter. The second leg of this matchup will take place later this month on 27th. The question is, will Maccabi overcome their recent struggles to bag important points against an equally struggling team?

The hosts lost three of their last five games and won only once within that duration. In the last five games, Maccabi Haifa scored 7 goals. However, they failed to score in two of their last three games, further highlighting the inconsistencies that have continued to plague the Israeli team in recent assignments. They will need to strengthen their defence in this game if they can’t score because that will hand them an advantage ahead of the second leg. 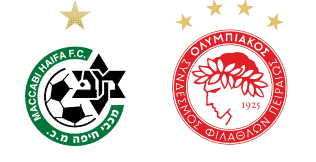 When is the UCL qualifier match set to take place?

Maccabi Haifa vs Olympiakos UCL Qualifier will be played at 20:00 GMT+3

Sammy Ofer Stadium in Haifa, Israel will host the game.

Have these teams met previously?

No, this will be the first encounter.