Bournemouth might be the team sat in the top two right now but a form table puts QPR above them by some distance. Who wins when they meet? Find out with our QPR vs Bournemouth match preview with free tips, predictions and odds mentioned along the way.

Bournemouth were looking so strong just a few weeks ago and now they look an absolute disaster with a five game form table putting them in joint bottom of the league. QPR meanwhile have been performing well. Mark Warburton's men have won three of their last four games losing just one in seven. Bournemouth meanwhile have drawn three and lost three of their last six games including taking zero points from the last six available. To cap off our QPR to win stats, the head to head record favours them too; they've won three of the last four meetings when they've been the home side.

This is a top that relies on you giving us a little bit of trust. QPR have seen three of their last five games end with at least one side blanking whilst Bournemouth have failed to score in their last two games. Despite that, we fancy both sides to bag goals when the two sides lock horns on Monday. The reason for this is because both teams like to play football and they'll both be looking to win the game; this will lead to an open game and both teams have quality in the final third to grab goals. The last two meetings have seen goals at both ends.

All the stats & odds for QPR vs Bournemouth

QPR vs Bournemouth: Check out the team lineups

Bournemouth and QPR share aspirations of winning promotion to the Premier League but current form suggests it's only one of them likely to achieve such a feat. Of course, form is only temporary and Bournemouth are loaded with class so don't go writing them off.

QPR lost last time out but did have to go into the game without Lyndon Dykes; the Scot has been one of their best players this season. If he's fit, he'll come back in the side.

Bournemouth's poor run has caught everyone off guard; none more so than Scott Parker. Whether he'll ring the changes for this game remains to be seen but we think he's more likely to stick with a similar lineup to last time.

The final word on QPR vs Bournemouth 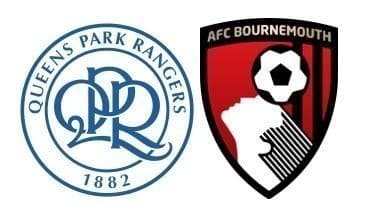