The Cartagena vs Valencia due in the upcoming Copa de Rey round should be a very interesting one. So, check our preview of the match if you want to know more about it.

Our favourite betting tips and picks for Cartagena vs Valencia

If you are searching for free Copa del Rey betting predictions, we can help you out. Here are our top betting tips for Cartagena vs Valencia:

While both teams have done pretty well recently, Valencia has done it in a much tougher competition. So, we can see the Bats taking the win here to progress to the next round.

After all, the last two meetings between Cartagena and Valencia ended with Valencia wins, although those were friendly matches and Valencia hosted both of them.

The latest stats, odds, and more for Cartagena vs Valencia

If you want to bet on the best odds for Cartagena vs Valencia, check our selection of odds taken from a few different bookies:

With both teams in good form right now, this should be a very close duel. So, let's check the teams out in more detail:

With three wins, two draws, and just one loss in the last six matches in La Liga 2, Cartagena is clearly in good form and they have climbed up the standings to reach the eight place. If they can keep their run going for a while longer, we might even see Cartagena in the playoffs at the end of the season.

On top of this, Cartagena has an almost clean bill of health. The only injured player at the club right now is Kawaya, while another midfielder Tejera will miss the next game due to suspension.

After three straight wins in La Liga, Valencia suffered a surprising loss at home to Espanyol. Despite this, the team is still in good position since they are currently eighth in the standings and just four points away from a spot that leads to Champions League. So, Valencia is doing pretty well so far.

On the injury front, Valencia doesn't have huge problems. Gabriel Paulista will miss the game with a hamstring injury, while Foulquier and Lato could make their return if their fitness is up to par. Duro will also miss the next game with a suspension. 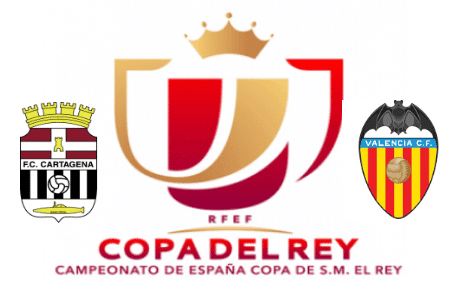