The big five European leagues may well be starting up again right now but in no time at all the World Cup group stage will be getting underway in Qatar. Here we go under the hood of the tournament to explain how the format works, what teams find themselves in which groups and pick out a few players to watch along the way too. Shall we get started?

How does the World Cup group stage work?

Understanding the World Cup group stage at a high level isn't particularly difficult. There are 32 teams attending the Qatar World Cup across November and December; they are split into eight groups of four teams. Each of the teams in the group will play one another just once ensuring everyone plays three games giving them the chance to collect a maximum of nine points; the team with the highest number of points qualifies are the group winner with the runner-up also progressing to the next stage, which will be known as the ‘round of 16‘. Here the group winners will play the runner-up of another group. The teams that finish third and fourth in their groups will exit the tournament.

As we've touched on already, the World Cup group stage is made up of eight groups of four teams. Here we are going to run you through the aforementioned groups with every single nation getting a mention. 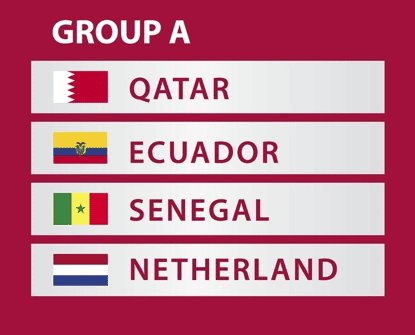 As is customary with this famous international tournament, Group A contains the host nation, Qatar, who didn't need to go through the qualification process. In reality, the hosts would have been hard-pressed to make it to the World Cup group stage had they had to follow the traditional path. That said, whilst they might have the weakest squad in their group on paper, the role of hosts is known for seeing teams outperform themselves.

With Senegal, who boasts a star-studded squad including Sadio Mane and Kalidou Koulibaly, tipped by many as a dark horse and Netherlands a pretty strong outfit with Louis Van Gaal at the helm it's not looking good for Qatar and fourth side Ecuador. 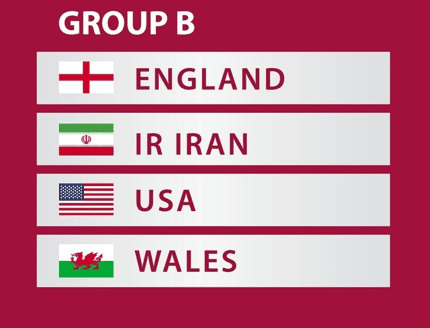 In Group B there is one standout team in England, who made the semi-finals of the last World Cup and the final of the European Championship last year. With Harry Kane – the golden boot winner at Russia 2018 – it's fair to say they'll be expected to top the group. The other qualification spot is wide open for USA, Iran and Wales to grab.

The presence of Gareth Bale in the Welsh camp perhaps makes them favourites given his ability to deliver out of nothing. That said, Iran is a tough outfit to beat albeit their attack isn't exactly intimidating to the opposition defence and the USA is a nation that is evolving all the time in their quest to do something big in the game of ‘soccer'; the spine of their team is one that's stocked with players that ply their trade in Europe's top five leagues too. 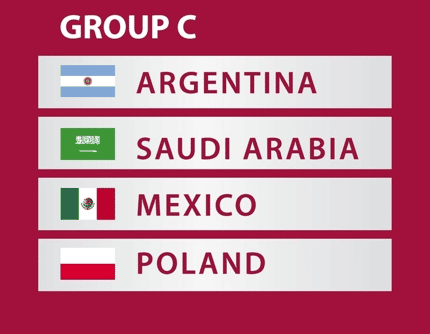 As we delve into Group C the elephant in the room is Lionel Messi – he's a name that many football fans will be desperate to see shine at the World Cup and, together with his fellow teammates like Lautaro Martinez and Paolo Dybala, they should be strolling through this group. Mind you, Messi isn't the only big name in this group Robert Lewandowski, a Ballon d'Or winner will be carrying the hopes of Poland.

Saudi Arabia is likely to struggle in this group though because Mexico is a decent side too; their goalkeeper, Guillermo Ochoa, is one to watch as he already has cult status where the World Cup is concerned. Keep an eye out for the use of the Lusail Stadium during this group's games too – it's going to host the final! 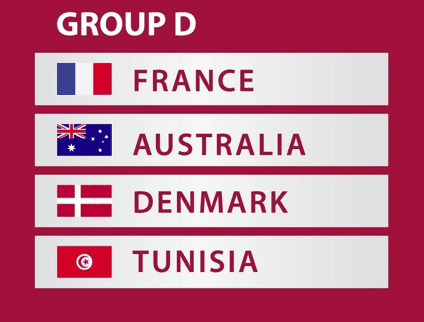 It is perhaps not a surprise given we are talking about the World Cup group stage but the big hitters just keep rolling in; here the giant in the group is World Cup holders France who won the tournament in Russia four years ago. They are stocked all over the pitch but at the sharp end of things, in particular, is where they'll likely shine with Kylian Mbappe and Karim Benzema arguably two of the best-attacking players in the world right now.

Denmark is then best positioned behind them after a strong showing at last year's European Championship whilst Christian Eriksen's story is likely to see another chapter added following his collapse at the aforementioned Euros. Tunisia, whose star man is Naim Sliti, and Australia meanwhile complete the group; Aussie man Andrew Redmayne earned quite the reputation in their playoff win for his antics in between the sticks so he is worth watching out for! 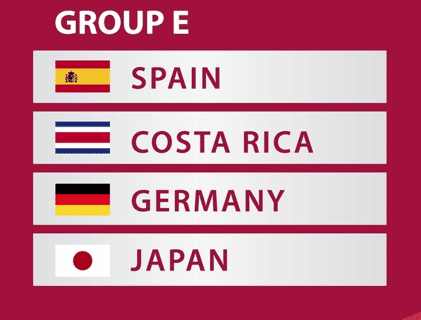 There aren't many of the groups in this World Cup that can be described as ‘bankers' but this is probably one with Spain and Germany almost guaranteed to progress into the last 16. Costa Rica, whose standout player name is goalkeeper Keylor Navas, and Japan will have to defy the odds to go beyond the group; stranger things have happened though and Costa Rica has history having made the quarter-finals in 2014.

Still, Spain has starlets like Gavi and Ansu Pati in their ranks alongside experienced heads such as Rodri and Alvaro Morata and Germany is likely to have Joshua Kimmich, Leon Goretzka and Jamal Musiala in their squad they won't be losing too much sleep about an underdog nation upsetting them. 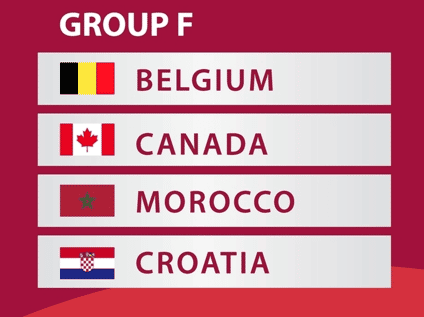 Group G is a really interesting one. On one hand, Croatia and Belgium stand out on paper as the obvious picks to claim the first and second spots, however, both suffer from a similar issue in that their squads are somewhat over the hill – or certainly approaching the summit. Consider their star players to prove that point; Croatia is still heavily reliant on 36-year-old Luka Modric whilst Belgium's core is hardly youthful with centre-back pairing Jan Vertonghen and Toby Alderweireld having a combined age of 68.

Canada might struggle to capitalize on that although they do have some real star quality at both ends of the pitch with Alphonso Davies in defence and Jonathan David upfront; beyond those two though, they are light in comparison to the other sides. Morocco isn't too dissimilar; they also have a couple of big names – namely Achraf Hakimi and Youssef En-Nesyri. 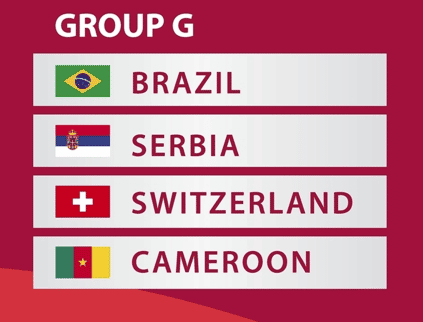 It's not a World Cup without Brazil, is it? The five-time tournament winners come into Group G as heavy favourites to top the group with Neymar and Vinicius Junior a quite frightful attacking duo alongside Premier League strikers Gabriel Jesus and Richarlison. They'll be keen to go deep into the tournament to given it's been 20 years since they last lifted the trophy.

As for the other three teams, the group is largely up for grabs. Serbia impressed during qualification and, if Aleksander Mitrovic can maintain his scoring form, they'll have half a chance. The same is true of Switzerland, which gave a grand account of themselves last year and delayed Euro 2020 whilst Cameroon are one of a few African nations that could surprise a few people; Karl Toko-Ekambi and Vincent Aboubakar give them an offensive threat. 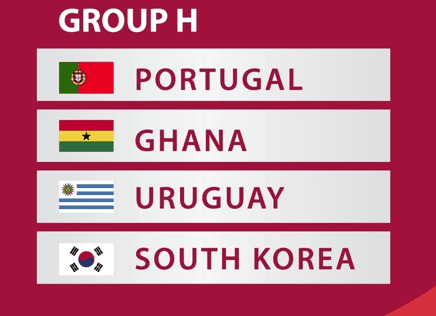 Last but not least we have Group H, which is perhaps the group best described as a lottery. Not one of these four teams is nailed on to win the group and, in fact, you'd probably be hard pressed to guess how the group might play out at all. On paper, you'd be backing a Cristiano Ronaldo-inspired Portugal to progress; this tournament is likely to be his last World Cup so like with Messi, there will be fans desperate to see him light it up.

Uruguay, who won the first-ever World Cup, is another side you could dub a dark horse. They have a really good blend of youth and experience in their squad with Darwin Nunez perhaps now the jewel in the crown after the way he's started off at Liverpool. Ghana and South Korea are perhaps slightly lesser fancied but, make no mistake about it, they can win games of football against anyone on their day.

How many teams enter the World Cup group stage?

What is the first game of the World Cup?

Senegal vs the Netherlands, which takes place at the Thumama Stadium

How many teams progress from the group stage?

The top two from each group advance to the knockout stage

Not really; the closest to such a group is probably Group H

How many groups make up the World Cup group stage? 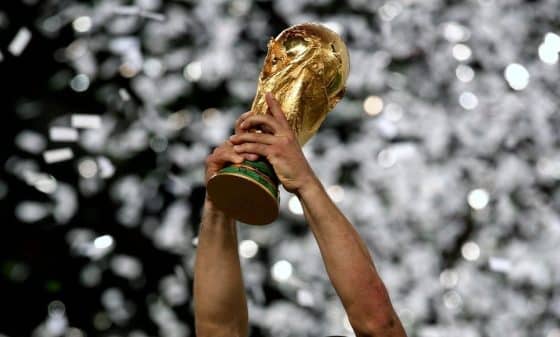 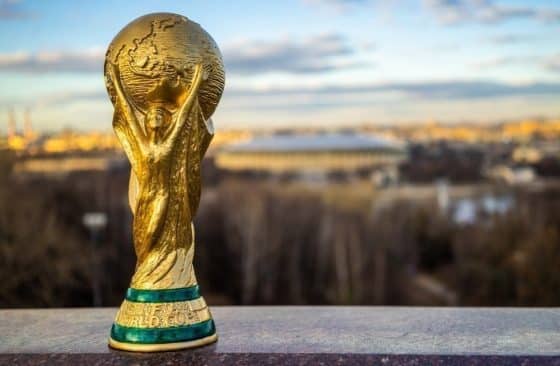 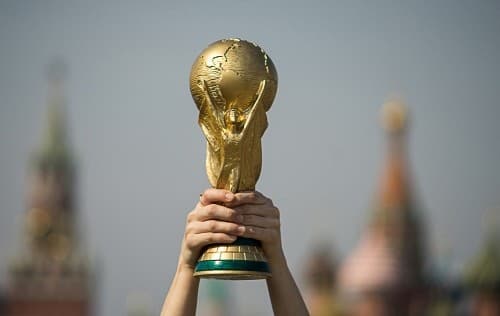 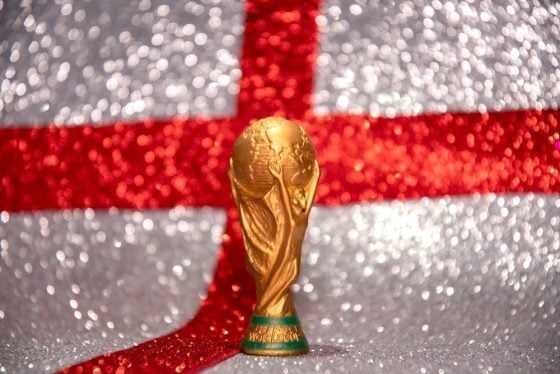