Sweden entertain Finland in Solna this Saturday where we're hoping for a really entertaining 90-minutes between two talented squads. Both teams are packed with familiar names and plenty of experience and with both nations qualifying for the upcoming Euros, we're expecting this match to be competitive as both sides will be looking to build up some moment.

Read on for our full match preview and prediction for Sweden vs Finland.

Our Best Predictions for Sweden vs Finland

Both teams have scored in each of Finland's last five international matches and we don't think there will be a clean sheet on sight at the end of the 90-minutes this weekend. Sweden have an eye for goal and can score from a verity of positions with Berg up-front netting 23 times for his country and Claesson, Forsberg and Larsson all offering a goal threat from midfield. Pukki is the man to watch out for in the Finland squad having scored 30 international goals in his career, while in midfield 23-year-old Jensen has impressed with 7-goals in 16 appearances for the Fins.

Three of the last five encounters between these two neighbouring countries have seen over 2.5 goals scored. Three of Sweden's last five fixtures as well as four of Finland's last five outings have also produced at least three goals, so you can see just why we're backing Saturday's clash to be packed with goalmouth action.

Sweden won their last game, a friendly against Estonia 1-0, and are going in search of their fourth straight win on Saturday. Everton's on-loan goalkeeper, Robin Olsen is likely to start in goal for the hosts, while in defence Sweden have plenty of experience with six players possession 30+ caps which includes the captain Andreas Granqvist and fellow centre-back Mikael Lustig who are both closing in on a century of appearances for their country. Former Sunderland midfielder Seb Larsson will be hoping to make his 128th appearance for Sweden this weekend bu with Ekdal, Forsberg, and Claesson also in the squad, the 35-year-old might not start the game.  Sweden have option up-front in the experienced Berg or the talented Isak both of whom are proven at this level.

Finland's last game saw them lose 3-2 away at Switzerland in a friendly, but on a whole, the Fins have shown a marked improvement in recent years and always carry a threat going forward. Starting with Pukki in attack, Finland's most likely scorer this weekend is the Norwich City striker who has netted 30-goals in 90 caps. In midfield, both Jesen and Soiri offer a goal threat and captain Sparv is a solid ball-winner who will lead the team by example. Arajuuri, Uronen and Ojala all have 30+ caps in defence but this is certainly Finland's weakest area and something Sweden will be looking to exploit. Bayer Leverkusen's Hradecky is almost certain to start in goal for what will be his 65th international cap.

Your Questions – Sweden vs Finland 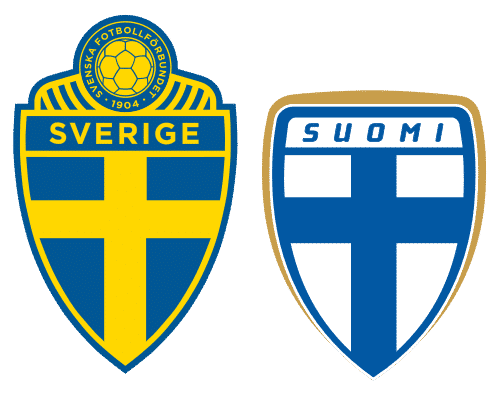