The Republic of Ireland might well be the underdogs for this international friendly but the hosts have never lost in their own backyard against Belgium before and this weekend, the visitors arrive without a whole host of their star names in the squad.

Ireland have drawn all four of their previous home games against Belgium and we're backing the hosts to claim a draw or a win on Saturday. Belgium arrive in Dublin without Courtois, Vertonghen, Meunier, Castagne, Alderweireld, Witsel, De Bruyne, Carrasco, Eden Hazard, Chadli, Mertens & Romelu Lukaku, instead, selecting four uncapped players and six of the team are aged 22 or younger. Ireland are unbeaten in their last six matches and should provide an understrength Belgium with a very tough test on Saturday.

Robinson top-scored for Ireland during the World Cup qualifiers, netting 3-goals, and has now scored 7 times for his country in 24 appearances. The West Brom forward has scored 6-goals in the Championship this season and seems to perform much better for Ireland than he does at club level. If anyone is going to score for the home side this weekend, then Callum Robinson is the most likely candidate.

All the latest Stats ahead of Republic of Ireland vs Belgium

Ireland have never lost at home against Belgium before

Ireland were away at Luxembourg for their final World Cup qualifier. The first half ended goalless and was quite competitive but the visitors managed to break the deadlock through Duffy in the 67th-minute and soon took control of the game. Ogbene made it 2-0 in the 75th-minute and striker Callum Robinson netted a 3rd goal 2-minutes from time as Ireland ran out deserved 3-0 winners.

Belgium made the trip to Wales last time out where despite taking an early lead through De Bruyne, the Re Devils had to settle for a point. Wales equalised before the break through Moore and despite having chances to retake the lead, Belgium couldn't finish any of them and the game ended in a stalemate. Roberto Martinez could hand 1st-caps to goalkeeper Kaminski, defenders Faes and Van der Heyden as well as midfielder Mangala this weekend.

Rep. of Ireland: Randolph, Stevens, Christie, O'Dowda, Horgan, Arter, Idah, Collins and Long all miss out for the home side.

Republic of Ireland vs Belgium – Your Questions 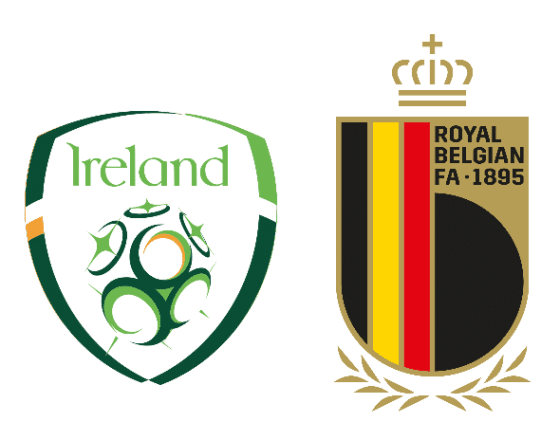