Rangers welcome Livingston to Ibrox Stadium in the Scottish Premiership on Saturday, October 22nd. Rangers need a win to stay in touch with Celtic at the division’s summit. Read our free predictions and find the latest odds for the fixture below in our detailed match preview.

Rangers have won each of their last eight encounters with Livingston ahead of the teams’ latest clash on Saturday. Read our top predictions for this weekend’s fixture below.

Rangers are expected to beat Livingston this weekend, though Livi have been tricky opponents for the Glasgow giants in recent encounters between the sides and they could be plucky enough to keep the score down at Ibrox Stadium on Saturday. Three of the last four tussles between the clubs featured under 3.5 goals and Livingston’s record of conceding just 12 goals in ten Premiership matches this season suggests they can keep things respectable this weekend. With that in mind, our first tip favours a stake on under 3.5 goals again.

Livingston are well-organised defensively, though their focus on keeping things tight at the back comes at a cost further up the pitch. Livi have managed to score just one goal in their last three away assignments combined and they might not get many opportunities to trouble the Rangers backline this weekend. As such, it makes to expect Livingston to struggle in the goalscoring department in Glasgow and a stake on both teams not to score could prove a savvy move as a consequence.

Top Betting Odds and Stats for Rangers vs Livingston

View our list of the top stats for Saturday’s match below alongside a tool to help you choose the most lucrative odds.

Read all of the latest injury updates and team news for Saturday’s Premiership meeting between Rangers and Livingston below.

Filip Helander and John Souttar are both missing at the back for Rangers, while Nnamdi Ofoborh and Tom Lawrence are both absent in midfield. The Gers beat Dundee 1-0 in the cup in midweek, though their performance wasn't all that convincing.

Livingston have a fully fit squad available this weekend and they have decent form heading into their tough test in Glasgow with three wins in four matches behind them. Lii edged out St. Johnstone 1-0 in their last match and single-goal victories have been common for them of late. 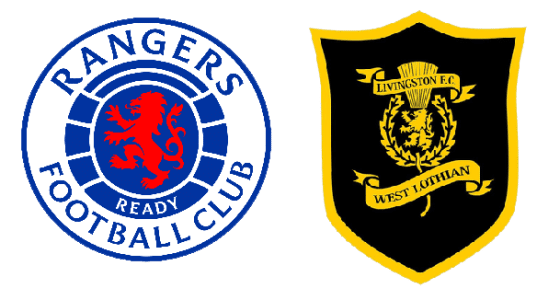 We recommend checking out the odds at Stake and 888Sport for Rangers’ clash with Livingston.

Rangers vs Livingston cannot be watched live on TV by viewers in the UK.