Motherwell are yet to kick a competitive ball this season. Can they record a win at the first time of asking? Find out with our Queen's Park vs Motherwell match preview with free tips, predictions and odds mentioned along the way.

An easy win for Motherwell

Make no bones about it. Motherwell will win this match against Queen's Park and they'll win it well. Motherwell are in a poor run of form with no wins from four but it will mean little come kick off. They're a vastly superior side, which is evident when you look at the Scottish league system; Motherwell are in the Premier League whilst Queen's Park have just moved up to League One. To back our prediction up further, the two sides have met twice in the last decade with Motherwell boasting a 9-1 aggregate score.

One team to blank

As much as we think there will be goals in this game, we're not sure they will be flowing for both sides. We've already mentioned the poor run Motherwell have been on as late in our first prediction but take a longer view out to 10 games and they were looking in much better shape. Seven of their last 10 games have ended with a nil in the result. The Queen's Park stats aren't quite as strong but with half of their previous 10 ending with at least one team failing to score, it certainly doesn't change our mind on this tip.

A clean sheet for Motherwell

The last of our tips very much expands on the previous prediction in that at least one team will fail to score. We think it will be Queen's Park. Firstly, consider the gap in league standing and player quality. Motherwell will have more of the ball and that immediately makes it harder for Queen's Park. Then consider what we mentioned about seven of Motherwell's last 10 ending with someone not scoring. In five of those seven, Motherwell recorded a clean sheet. We suspect it will be more of the same here.

Get the best odds for Queen's Park vs Motherwell

Motherwell to get up and running

Queen's Park are in decent enough form over their last five with three wins and a draw in that period. They have not faced a challenge like Motherwell in that period though and their head to head record is woeful. Their best way of getting a result will be to keep it tight at the back with goals hardly raining in for Motherwell; that means big performances will be needed from Peter Grant and Lee Kilday. For Motherwell, their run of poor form needs to end now. Queen's Park in a cup game is the perfect opportunity to record that much needed ‘W' in the form book. Defensively, they should be good. At the top end of the pitch they need Tony Watt to step up with Devante Cole no longer on the books. 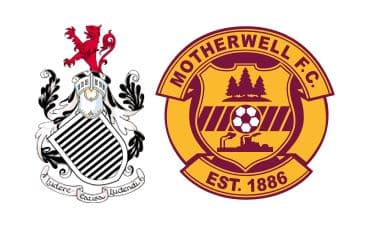