Motherwell meet Dundee United at Fir Park in the Premiership on Saturday, September 3rd. Can The Well swat bottom club Dundee United aside this weekend? Read our free predictions and find the latest odds for the fixture below in our detailed match preview.

Struggling Dundee United have pocketed just one point in the Premiership this season ahead of their trip to play Motherwell on Saturday. Read our top predictions for this weekend’s fixture below.

Dundee United have been playing like genuine relegation favourites this season and their dismal haul of four defeats and one draw in five Premiership assignments was compounded by conceding a whopping 18 goals along the way. Motherwell meanwhile, are placed just behind the early pace-setters thanks to three wins in five games and with home advantage likely to be key, The Well can push for victory again against their hapless visitors on Saturday.

Dundee United’s nickname is the Terrors, which is ironic given that their defence has been terrorised by just about everyone so far this season. They’ve conceded 18 times in just five Premiership fixtures this season and they have shipped at least two goals in each of their last three matches alone. Indeed, Celtic put nine past them last time out and Motherwell look well placed to net over 1.5 times against that alarmingly porous United defence on Saturday.

Top Betting Odds and Stats for Motherwell vs Dundee United

Read all of the latest injury updates and team news for Saturday’s Premiership clash between Motherwell and Dundee United below.

Jack Carroll is a long-term absentee for Motherwell, though fellow defender Nathan McGinley should be back in the squad relatively soon. The Well's 4-0 win over Inverness CT in the cup in midweek was their third victory in four games in all competitions.

Dundee United have next to no injuries to report ahead of Saturday's game with midfielder Peter Pawlett their only confirmed absentee at present. Dundee United enjoyed some relief in midweek with their 2-1 cup win at Livingston, though their league form is still wretched. 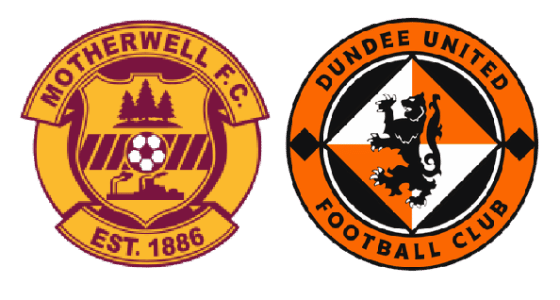 Dundee United eked out a 1-0 win over Motherwell when the teams last met in April.

Motherwell and Dundee will lock horns at Fir Park this weekend.