On the 15th of May relegated Watford play host to a Leicester City side hoping to claim a top-half finish in the Premier League this season. Neither side has much to play for and were not expecting this game to be a classic as Watford have been poor at home all season and the Foxes have one of the worst away records.

Leicester have won five of their last seven encounters with Watford, two of which arrived this season. The Foxes won 4-2 at home in the league then played host to the Hornets in the FA Cup and secured a 4-1 victory. Watford have lost five of their last six league games while Leicester ended their winless run last time out against Norwich, so you can see why we're backing an away win this weekend.

Leicester's top goalscorer this season has had his injury problems but Vardy was back amongst the goals in midweek, taking him to 12 Premier League goals for the season. Vardy, 35, is still Leicester's best striker and he will be looking to end the campaign on a high with a few more goals in his final few matches, especially against a leaky defence such as Watford's.

Watford vs Leicester: All the latest stats

Can Watford end their poor season on a high?

Watford played host to Everton on Wednesday night where the home side managed to avoid a 12th straight home defeat and managed to sure their first clean sheet at Vicarage Road this season. The game itself was dire, one of the worst goalless draws of the campaign. Everton will wonder how they didn't beat such a poor Watford side while the hosts will be overjoyed to have ended their terrible losing streak at home.

Leicester were always the favourites to beat relegated Norwich on Wednesday night but might have been worried when the two sides went in goalless at the interval. However, a Jamie Vardy brace in the space of 8-minutes thrust the Foxes into a two-goal lead and Maddison added a third goal soon after to wrap up the points.

Questions & Answers for Watford vs Leicester 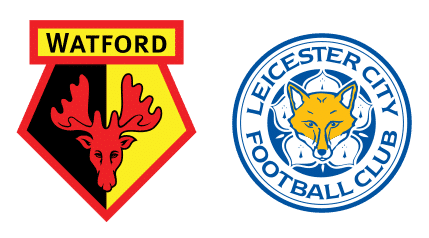