Hibernian meet Kilmarnock at Easter Road Stadium in the Premiership on Saturday at Celtic Park. Can Hibs snap a four-match winless run by beating Killie this weekend? Read our free predictions and find the latest odds for the fixture below in our detailed match preview.

Hibernian have won each of their last five encounters with Kilmarnock ahead of Saturday’s skirmish in the Premiership. Read our top predictions for this weekend’s fixture below.

Hibernian are in the midst of a frustrating four-match spell without a win, though they could return to winning ways this weekend against a team they always seem to topple, Kilmarnock. Hibs have beaten the East Ayrshire outfit in each of the clubs’ last five encounters – a record that should arm the hosts with confidence ahead of Saturday’s test. Killie have already lost three times in five assignments this term and they could be worth opposing again here.

Both Hibernian and Kilmarnock have struggled to get going in the final third this season and their stuttering attacking performances could lead to a game of few goals on Saturday. Hibs are averaging just a single goal per game so far, while Killie have notched just three times in five outings overall. Neither side looks capable of cutting loose at the business end of the pitch anytime soon, so back under 2.5 goals to hit the net at Easter Road.

Top Betting Odds and Stats for Hibernian vs Kilmarnock

View our list of the best stats for Saturday’s game below alongside a tool to help you choose the most lucrative odds.

Read all of the latest injury updates and team news for Saturday’s Premiership clash between Hibernian and Kilmarnock below.

Keeper Maciej Dabrowski is out of action at present as are Aiden McGeady, Kyle Magennis and Kevin Nisbet. Demetri Mitchell could return to Hibs' matchday squad from a hamstring injury, however.

Kilmarnock have a quartet of players on the sidelines at present. Defender Jeriel Dorsett has a knee injury, while midfielders Jordan Jones, Zach Hemming and Scott Robinson are still carrying various ailments. 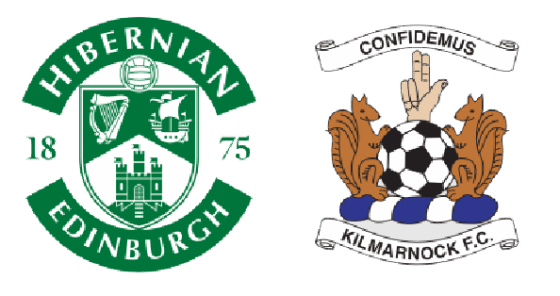 Hibernian have been priced as favourites to win this weekend.

Who are the current Premiership champions?

Celtic are the current champions in Scotland.