England look to end their warm-up to the Euros with a comfortable home win against Romania but squad rotation is expected and that could lead to a much closer match. Romania won't be playing at this summer's big tournament and they are therefore more likely to play their strongest starting eleven on Sunday.

Read on for our full match preview and prediction for England vs Romania.

England might not have the best of records against Romania but Southgate's side look very strong at the back and should have the better of their guests this weekend. Both teams have scored in each of the last four meetings between these two countries and we're expecting more of the same on Sunday. The hosts have won each of their last five international matches while Romania have lost their last three fixtures, and both teams have scored in four of the visitor's last five outings.

At least three goals have been scored in each of the last two encounters between these two nations. Three of England's last five matches have produced over 2.5 goals and four of Romania's last six internationals have witnessed at least three goals being scored, so you can see just why we're expecting plenty of goalmouth action on Sunday.

We're only backing England to win this game narrowly because we're expecting Southgate to make some changes to his starting eleven ahead of the first match of the European Championship against Croatia next week. England have scored at least two goals in four of their last five matches, while Romania have only failed to score in one of their last six outings.

All the stats ahead of England vs Romania

England in for a tricky 90-minutes against Romania

England put in a decent performance against Austria on Wednesday night but after they scored what turned out to be the winning goal, they made a series of substitutes and that allowed their opponents back into the match. However, Southgate's men secured a 1-0 win in what was a very physical game. Liverpool right-back Alexander-Arnold limped off late on and there are fears he could now miss the Euros. Pickford put in a solid performance and showed just what an asset his passing ability can be for England in this summer's tournament, while Kane looked sharp but really should have scored in the first-half.

Romania went down 2-1 in their own backyard against Georgia in a heated friendly which saw both teams have a man sent-off. The visitors went 2-0 up in the second-half after Tanase had been sent-off late in the first forty-five for Romania. The hosts pulled a goal back after Kverkvella was given his marching orders in the 64th-minute, but Georgia held on to secure the win. There are no English-based players in the visitor's squad but Ianis Hagi does ply his trade with Scottish side Rangers and is the son of the legendary Georgi Hagi, perhaps Romania's greatest-ever player. 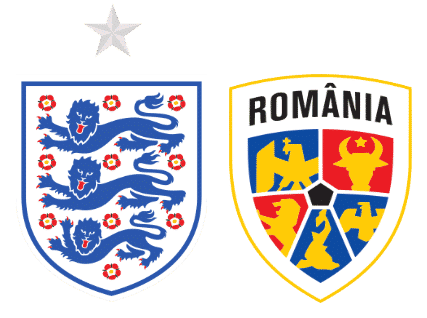