Dundee United have been miles off the pace at the start of this season but a win here would drag St Johnstone a damn bit closer to them. Can they record that elusive win though? Find out with our Dundee United vs St. Johnstone match preview with free tips, predictions and odds mentioned along the way.

We kick off our tips by calling this match as a draw. Sure, Dundee United are bottom of the Premiership table as we speak but recent form has nothing between these teams. Dundee United have won one of their last five matches drawing another one and losing three. St Johnstone's five most recent matches read the same way; three defeats, one draw and a solitary win. Our prediction of a draw isn't just based on recent form cancelling one another out though. Oh no, the head to head record back this tip up too. Across the last five meetings these two have drawn three games whilst each winning a match 1-0. With all that considered, you'll be hard pressed to find a more likely draw this weekend!

We might be calling this match as a draw but that doesn't mean it will be a drab affair; in fact, we think quite the opposite hence we are betting on over 2.5 goals in this match. Dundee United have gone over the 2.5 threshold in four of their past five matches and, notably, they hold a game average of 3.6 goals. St Johnstone meanwhile have seen three of their past five matches go north of 2.5 goals; their game average across that period stands at 2.6 goals. When you look at that form, it's hard to imagine this game playing out in a low scoring manner – even if the head to head history isn't loaded with goals.

Here are the key stats & form guide for Dundee United vs St. Johnstone

It's been a tough old start to the season for Dundee United as they sit rock bottom of the table with just two points from their opening seven games. Despite that, all is not lost. They'll look at the performances St Johnstone have turned in lately and think they can close the gap on their visitors, who are just five points ahead of them. With that said, a St Johnstone win could put them just one point off the top half of the standings.

There hasn't been much good news for Dundee United this season but at least they have a fairly clean bill of health heading into this match; only Peter Pawlett is missing.

St Johnstone have considerably more than their hosts to contend with on the injury front with five players out injured. Of those, Cameron MacPherson is most likely to be first back but this game probably comes a tad too soon.

A quickfire FAQ on Dundee United vs St. Johnstone 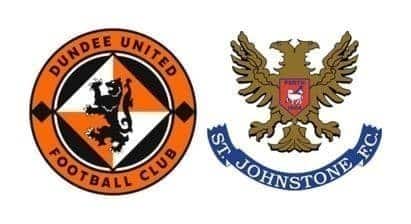