Dundee United look to end a horrendous run against Livingston when they welcome Robbie Neilson’s team to the Easter Road Stadium this weekend. This Scottish Premiership game is scheduled on August 7, 2022.

Dundee opened the new season with a 1-1 draw against Kilmarnock after being held by a late goal. The team managed to get an early advantage against AZ Alkmaar in the Europa Conference League qualifiers after a 1-0 home win in the first leg. Livingston were beaten 2-1 by Rangers in the first match.

Livingston were able to achieve back-to-back successes over Dundee last season. There is a decent amount of potential for a repeat, but Dundee have started the season well. The midweek Europa Conference League action, though, could result in weary legs towards the end of the game. Livingston may not be able to capitalise on the same.

Livingston put the cat among the pigeons in the game against Rangers by opening the scoring after just five minutes. Dundee were able to keep a clean sheet against AZ Alkmaar, but they have managed only one sheet against Livingston in the last four home matches.

Dundee United vs Livingston: Can Dundee get revenge for last season’s double?

Dundee will be reasonably pleased with the start made to the season. However, there will be one eye on the upcoming second leg against AZ Alkmaar. The result of the Europa Conference League game could be very crucial for Dundee’s season as a whole. A major advantage for coach Jack Ross will be the availability of a fully fit squad.

David Martindale has just suffered one defeat at the hands of Dundee in his coaching career. The 48-year-old will be keen on building from the decent performance against Rangers in the first game of the campaign although Livingston were never in the races after the opening goal.

Dundee United: Peter Pawlett is the only injury worry for Dundee after having undergone an Achilles tendon surgery.

Livingston: Livingston coach David Martindale does not have any injuries in the squad.

Questions about Dundee United vs Livingston 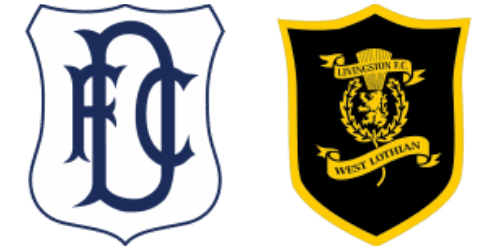 Where is the match scheduled? Tannadice Park

Which team is the favourite to win? Dundee United