Leeds United slipped into the relegation zone at the weekend following a 2-1 defeat at the Emirates coupled with Everton's win at the King Power Stadium. Chelsea provide the opposition on Wednesday night and Tuchel's men are looking to put an end to their three-game winless run in the Premier League and anything but 3pts for the visitors make Arsenal the favourites to finish in third spot.

We're expecting an entertaining 90-minutes from Elland Road with both teams finding the back of the net. Five of the last seven meetings between these two sides in league and cup have produced goals at both ends of the pitch. Both teams have also scored in three of Leeds' and three of Chelsea's last six outings in all competitions with the hosts only failing to score in two of those games and visitors only firing blanks in one of theirs.

At least three goals have been scored in four of the last seven encounters between Leeds and Chelsea, and we're predicting that over 2.5 goals will be scored on Wednesday night as well. Four of Leeds' last six outings have witnessed over 2.5 goals scored while two of Chelsea's last five league games have produced at least 4-goals, adding further weight to our prediction.

Chelsea in danger of their grip on third position

Leeds made the trip to Champions League-chasing Arsenal on Sunday where an early mistake from the visitor's goalkeeper, Meslier, handed Nketiah an easy opening goal. The very same player made it 2-0 to the Gunners just 5-minutes later and the frustration began to show on the Leeds' players' faces and culminated in Luke Ayling getting sent off for a needless two-footed tackle on Martinelli just before the half-hour mark. Leeds did manage to pull a goal back in the second half through Llorente but Arsenal held on to secure all 3pts.

Chelsea were looking to make the most of their home advantage against Wolves on Saturday afternoon but a tight and tense first half failed to produce any goals. Chelsea did break the deadlock in the 56th-minute though when Lukaku converted a penalty and the very same player made it 2-0 just moments later with a sweet finish from the edge of the box. Chelsea looked in control at this point but conceded a goal 11-minutes from time and suddenly looked very nervous. Deep into stoppage time, Chelsea conceded a devastating equaliser as Connor Coady marauded forward and got on the end of a cross to head home from close range and secure his side a share of the spoils.

Leeds: Roberts, Bamford, Forshaw, Summerville and Dallas are absent through injury, while Ayling is suspended.

Chelsea: Kante, Jorginho, Hudson-Odoi and Chilwell are the main injury concerns for the visitors. 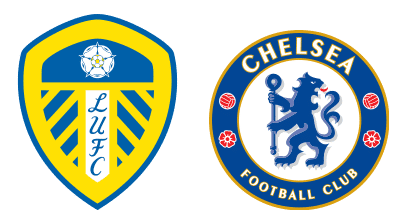